Discover the Basics of the Book of Daniel

This introductory course is designed to provide key insights into the book of Daniel by pulling together a number of key resources: overview videos from The Bible Project, helpful contextual information from The ESV Study Bible, commentary recommendations from The Gospel Coalition, a single sermon that sums up the book from beginning to end by Mark Dever, and much more. By watching, listening to, and reading these resources, you’ll be better prepared to read, study, teach, or preach the book of Daniel.

The book of Daniel, named after and written by Daniel in the sixth century B.C., records the events of his life and the visions that he saw from the time of his exile in 605 (Dan. 1:1) until the third year of King Cyrus (536; Dan. 10:1). Daniel, whose name means “God is my Judge,” was a young man of noble blood who was exiled from Judah during the time of King Jehoiakim (609–597 B.C.) and lived thereafter at the Babylonian court. After the fall of the Babylonian Empire, he served the Medo-Persian Empire that succeeded it.

Both Jewish and Christian (cf. Matt. 24:15) tradition have held that the author of this book is Daniel, a Jew who lived during the sixth-century B.C. Babylonian exile. Many of the chapters are dated and range from the first year of Nebuchadnezzar’s reign (605 B.C.; Dan. 1:1) to Cyrus’s third year (536; Dan. 10:1). But because of its detailed prophecies of events in the middle of the second century B.C. (see ch. 11) and alleged historical inconsistencies with what scholars know of sixth-century history (see ESV Study Bible note on Dan. 5:30–31), some scholars have argued that the book must be a second-century document, from the time when Antiochus IV Epiphanes (175–164 B.C.) was oppressing God’s people. In that case, it would contain “prophecies after the fact,” put into the mouth of a famous historical character rather than being written by Daniel himself. Thus, the visions that “Daniel” saw would attempt to interpret rather than predict history. It has also been argued that the book must be dated later than the sixth century due to its language, especially the presence of Persian and Greek loanwords.

However, the facts do not require a late date. In the first place, current knowledge of sixth-­century B.C. history is far from complete, and there are plausible harmonizations that explain the alleged discrep­ancies.

Second, the Bible asserts clearly that the Lord announces ahead of time his plans through his prophets as a means of vindicating his sovereignty and encouraging his people (see Isa. 41:21–24; 44:6–7), and there is no reason in principle why such prophecies should not be detailed and precise. Some scholars, who allow in principle that God can foretell events, nevertheless suggest that such detailed foretelling is unparalleled in the rest of the canonical prophets, and that it cannot be reconciled with the usual purpose of prediction (namely, that the first audience should be faithful to the covenant). In reply, note that Jeremiah did give a specific amount of time for the exile (Jer. 25:11; cf. note on Dan. 9:2). Further, the high degree of specificity in Daniel’s prophecies does serve its first audience as well as those to follow: this shows how carefully God has planned events and governs them for his perfect ends; therefore the faithful can recognize that none of their troubles take God by surprise, and none will derail his purpose of vindicating those who steadfastly love him. This is quite relevant to the people of God in Daniel’s day, who are on the verge of horrendous devastations and persecutions (see ESV Study Bible notes on ch. 11); they must be assured that the story will continue to its appointed fulfillment, so that they do not lose heart.

Third, there were likely Greeks and Persians present at the Babylonian court as mercenaries and in other capacities, providing a ready explanation for the presence of loanwords.

Fourth, the book of Daniel was accepted as canonical by the community of Qumran (who produced the Dead Sea Scrolls). This is telling because this group emerged as a separate party in Judaism between 171 and 167 B.C., before the proposed late date. They would not have accepted the book if it had appeared after the split.

Fifth, some who favor a later date say that the author of Daniel represented Antiochus IV Epiphanes using the figure of Nebuchadnezzar. Literary studies, however, have shown that the book of Daniel puts Nebuchadnezzar in far too positive a light (e.g., he comes to acknowledge the true God) for him to be an effective image of the relentless persecutor Antiochus IV. Of course the book’s lesson, about God’s sovereignty over even the imperial forces, would have taken a heightened relevance in the days of Antiochus IV; but that is different from saying that the book was written for that particular occasion.

There are therefore no compelling reasons to deny that Daniel wrote this book.

The book of Daniel is unique in the Bible in falling decisively into two distinct genres in its two halves. The first six chapters are hero stories comprised of six self-contained ordeals. The last six chapters are a series of visions that employ highly symbolic images to portray vast stretches of political and spiritual history. The visions that deal with the end times are apocalyptic visions. The techniques of symbolic reality figure prominently in all of the dreams and visions, including those in the first six chapters; in symbolic reality, the world that is entered consists largely of great symbols instead of literal characters and places.

The prophet Daniel provides the greatest point of unity in the book, since he figures in most of the separate episodes in the narrative half of the book and is the first-person narrator of the visions in the second half. The sovereignty of God is a unifying element in the plot and theme. The “world” of the story is constant, and its main features include the political and courtly arena of action (a world of courts and kings); supernatural and miraculous happenings and characters; dreams and visions; and striking and famous images (the fiery furnace; a disembodied hand that writes on a wall; a lions’ den; and a gigantic statue of a man composed of various materials). 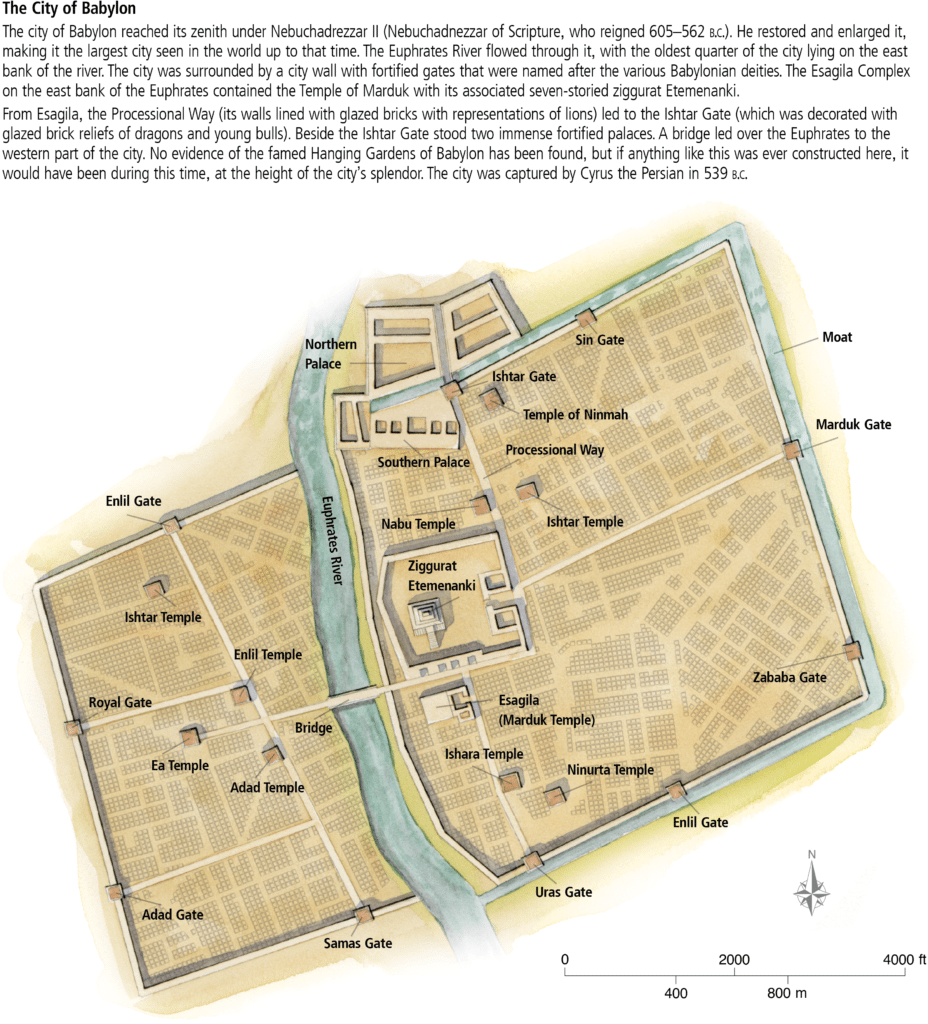 The central theme of the book of Daniel is God’s sovereignty over history and empires, setting up and removing kings as he pleases (Dan. 2:21; 4:34–37). All of the kingdoms of this world will come to an end and will be replaced by the Lord’s kingdom, which will never pass away (Dan. 2:44; 7:27). Though trials and difficulties will continue for the saints up until the end, those who are faithful will be raised to glory, honor, and everlasting life in this final kingdom (Dan. 12:1–3).

The book of Daniel is made up of two halves, each of which has its own genre. The first half (chs. 1–6) contains narratives from the lives of Daniel and his three friends, Shadrach, Meshach, and Abednego. These court stories exemplify faithful living in exile and provide models of how God’s people should live as strangers and exiles in a world that is not their home (Heb. 13:14). They show Daniel and his friends serving their pagan masters loyally, as Jeremiah 29:5–7 had commanded, yet without compromising their greater loyalty to God. The second half of the book (Daniel 7–12) contains apocalyptic visions, which are designed to reassure God’s people that in spite of their present persecution and suffering, God is in control and will ultimately be victorious. The Lord is aware of the suffering of his people and will bring their trials to an end on the day when he establishes his kingdom. The final victory belongs to the Ancient of Days and his representative, the Son of Man (ch. 7). When they triumph, the powers and authorities of this world will be defeated and judged, while the saints will be vindicated and rewarded (Dan. 7:26–27).

The two parts of the book are linked by a variety of literary features:

The people of Judah could have interpreted their exile to Babylon as the end of their special relationship with God. But not only does the book of Daniel show them that it is possible to be faithful to God even away from the Promised Land, it also shows them that God has not abandoned his plan for the whole world: he controls all of history, even the most dire conflicts, to bring his Messiah’s rule to all nations.