Prayer is an old-fashioned Christian virtue that we retain today because we know we should. “I’ll be praying for you,” we tell our friends who are facing trouble. Yet how much effort do we later expend? Even worse is the expression, “Our thoughts and prayers go out to you”—an offering so bland that even unbelievers can use the verbiage when tragedy strikes. Modern prayer has become mere well-wishing.

Of course, there are certainly some legitimate prayer warriors in our midst. The church always has its Daniels. Yet most of us wish we were better at praying. It’s not that we don’t do it; we just don’t do it with the power and energy that such a central aspect of the Christian life deserves.

Our problem isn’t new. Previous generations faced it as well. We know this because D. L. Moody (1837–1899) wrote a book about it: Prevailing Prayer: What Hinders It? His searching question—what makes our prayers triumph instead of fail?—is one we still ask today. And Moody provided answers just as relevant now as when he penned them back in 1884. His wisdom from those bygone days of top hats and muttonchops still applies in our age of hipster beards and skinny jeans. Prayer is a constant struggle in the Christian life.

The term prevailing was a Gilded Age way of speaking about victory in combat. Google’s analytics of English word usage show a steady decline in the use of prevail from 1800 to today. Yet the meaning is clear enough. It means winning or triumphing, especially in a warfare situation. Prayer was envisioned as a kind of battle, an endeavor in which we could win or lose. For Moody’s original hearers, the Civil War was still fresh in everyone’s minds, so it made sense to think about life in martial terms.

But the image of prayer as combat is familiar to us, too, even if we don’t always speak that way. Why? Because it’s biblical. In the Old Testament, prayerfulness was intimately connected to Israel’s triumph over enemies. When God’s stubborn people finally reached the limits of their oppression by foreign powers or warlike neighbors, they turned to the LORD in prayer. Only then did he raise up a deliverer or give victory in battle. Prayer was the mechanism by which Israel “prevailed.” 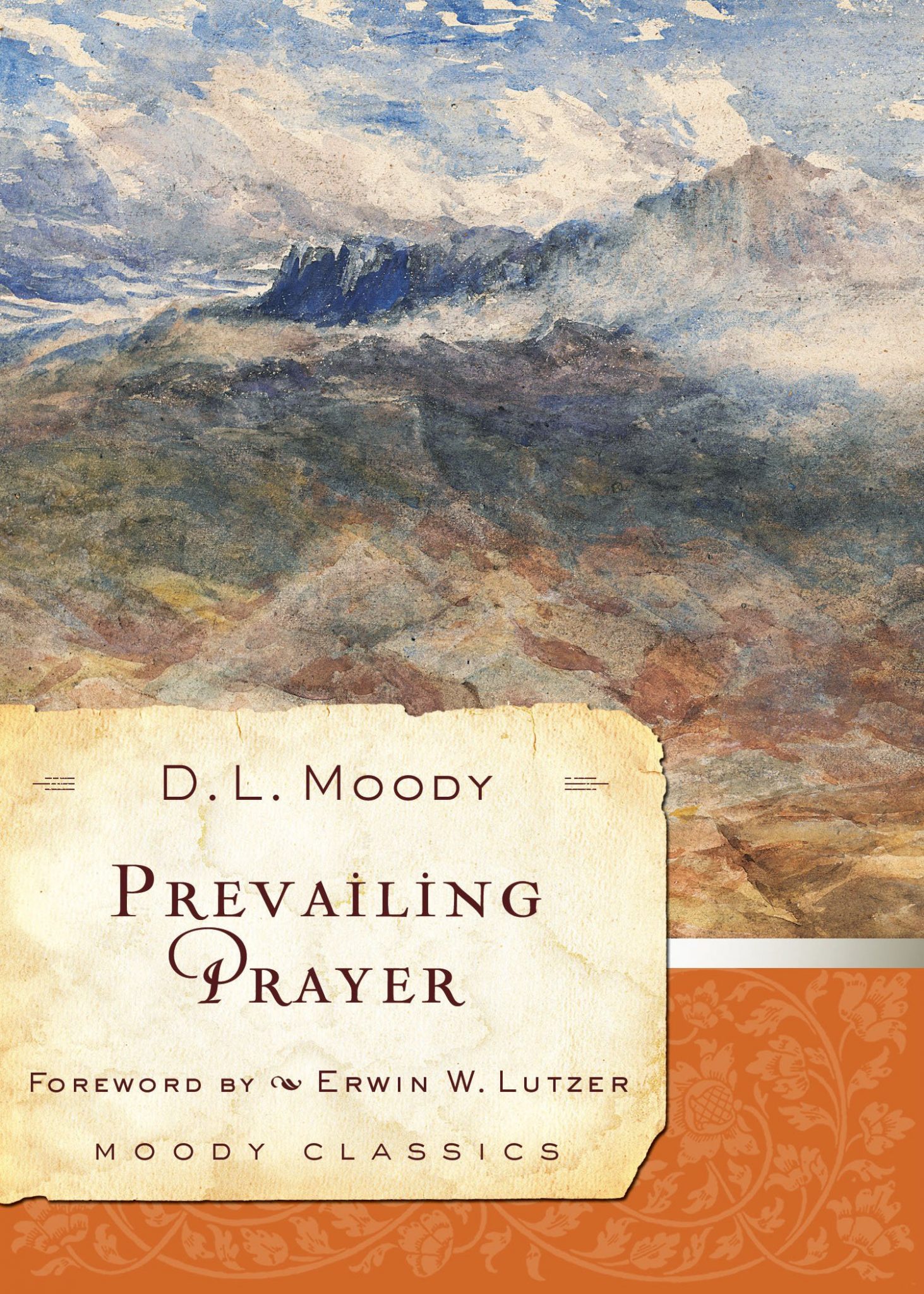 Where God has worked, the people have prayed. Hannah pleaded for a son and received Samuel. Elijah called on God and saw fire come down. Paul and Silas prayed and the prison shook. Why do some prayers move mountains and others, barely stones? In Prevailing Prayer, one of the greatest evangelists of all time explains the elements of biblical, powerful prayer. A treasure trove of stories and illustrations, it will renew your desire to pray and guide you in best practices.

And combat imagery wasn’t limited to Old Testament battles of thundering chariots and armor-clad soldiers. The spiritual warfare of New Testament believers also relied on prayer. Such language is common today. Referring to gospel evangelization, John Piper can speak about “Winning Battles through Prayer.” Or again, he can reflect on “Prayer and the Victory of God.” This isn’t just a quirk of evangelical parlance. Catholics use the concept, too: “The Battle of Prayer” is a major part of the modern catechism. It’s a universal Christian theme, because it is found in the Bible.

One of the questions asked in the Catholic catechism is, “Why do we complain of not being heard?” Moody was asking the same question back in the Victorian era. His brother-in-law, Fleming H. Revell, had established a publishing house in 1870. One of his first bestselling authors was the famous Chicago evangelist who had married his sister. To answer the eternal question of what hinders victorious prayer, Revell published Moody’s book in 1884. Today, an updated edition is available from another ministry birthed in the age of Moody and Revell: Moody Publishers (my current place of employment).

The thing you notice immediately when you pick up this forgotten classic is that Moody had no doubts about prayer’s efficacy. He cites with approval the 19th-century aphorism, widely quoted as early as 1836, that “prayer moves the arm that moves the world.” When earnest prayers go up to God, divine answers roll down like rainfall. The reason Christians do not prevail in prayer, Moody believed, is simply that they don’t do it. And he’s right. Isn’t this precisely what Scripture teaches? The apostle James reminds us, “You do not have because you do not ask” (4:2)

Yet even when we do bother to ask things of God, we sometimes find he doesn’t answer. James goes on to tell us why our prayers are hindered: We ask wrongly, to spend our gain on selfish passions (4:3). Moody would’ve agreed. Prayers that get answered by God have a certain disposition, without which they will not prevail. Ultimately, this disposition is the simple belief that prayer actually works (James 5:13–18). “[T]hrough all the Scriptures,” Moody declares, “you will find that when believing prayer went up to God, the answer came down.”

For Moody, the prayer warrior’s simple confidence is structured around nine different attitudes—and actions—that must be present for the prayer to be efficacious. He details each in turn. Some will be known to modern readers through the popular acronym ACTS (Adoration, Confession, Thanksgiving, Supplication), which is widely used today but actually goes back to publications from Moody’s era. To these four, he adds a few others. His expanded list is:

Classic for the Ages

A final chapter on “answered prayer” highlights Moody’s timeless reminder that the struggle to wait for God’s blessing is difficult—though never futile. “If our prayers are not answered,” Moody writes, “it may be that we have prayed without the right motive; or that we have not prayed according to the Scriptures. So let us not be discouraged, or give up praying, although our prayers are not answered in the way we want them.” God’s timing is always his own—and always best.

Throughout its pages, Prevailing Prayer overflows with explanations of the Good Book that Moody, the uneducated shoe-salesman-turned-international-preacher, knew so well. He also supplies the reader with many homely tales and illuminating episodes from his long and amazing ministry. Quotations abound from the pantheon of Protestant saints, reflecting Moody’s deep-seated ecumenism. He cites Anglican prelate Jeremy Taylor; Puritan theologian Richard Baxter; Presbyterian biblical commentator Matthew Henry; and Plymouth Brethren evangelist and orphan-care advocate George Müller, just to name a few.

Although published 135 years ago, Prevailing Prayer is still relevant today. Perhaps an exhortation from Moody’s opening chapter is the right way to sum up the book: “As we go to the throne of grace, let us remember that GOD ANSWERS PRAYER.”

All we have to do is get on our knees and start expecting big things.