One of the most common objections to belief in Christianity—and to belief in God in general—is that such a belief is irrational because little (or no) evidence supports it. This is often called the “evidentialist objection,” and it’s probably the most common and influential argument against God since the Enlightenment.

A decade and a half ago, however, Alvin Plantinga’s magnum opus Warranted Christian Belief performed a top-to-bottom dismantling of the objection. It’s an absolutely wonderful work—perhaps the most important ever written on religious epistemology.

It’s also the most important book on religious epistemology no one will ever read.

Fortunately, Plantinga—emeritus professor of philosophy at the University of Notre Dame—has now made the main ideas of Warranted Christian Belief more accessible in his latest book. And even though Knowledge and Christian Belief is user-friendly and much shorter, it is anything but fluff—and its impact-to-size ratio promises to surpass its heftier predecessor.

Plantinga’s central idea in Knowledge and Christian Belief is that the main tenets of Christianity—including, obviously enough, belief in God—don’t require evidence or supporting arguments in order to be rational, despite what evidentialists suggest. Indeed, belief in the “great things of the gospel” (as Jonathan Edwards calls them) can amount to full-blown knowledge—that is, we can know these wonderful truths.

Plantinga’s overall strategy for arguing this crucial point is refreshing, innovative, and sometimes a bit surprising, even though its same tenor is found in both Thomas Aquinas and John Calvin. 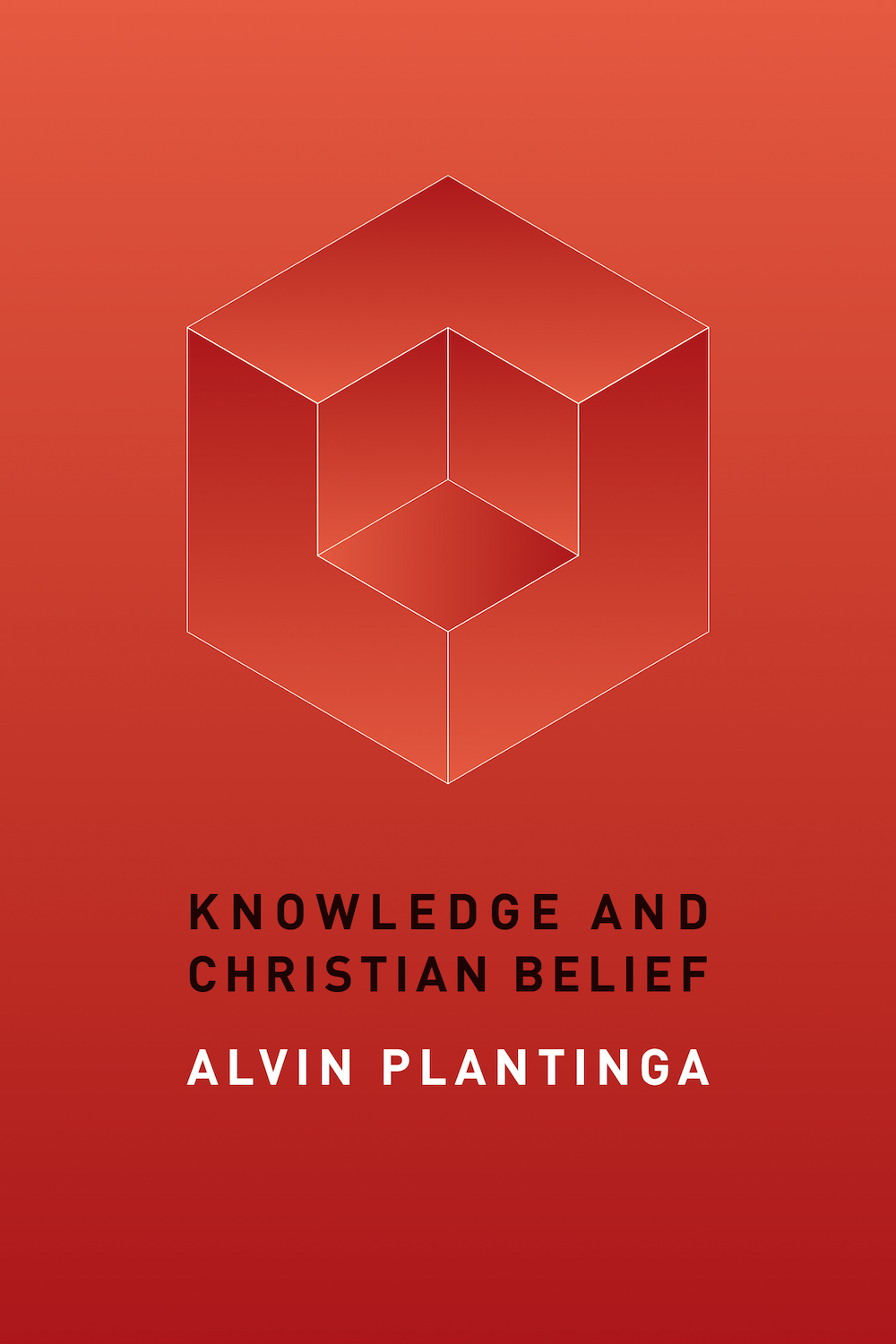 Let’s keep in mind the big picture of Knowledge and Christian Belief. The evidentialist objection says Christian belief is irrational because it lacks sufficient evidence. But, Plantinga asks, why think that? After all, couldn’t God have created humans with a natural tendency to believe he exists, à la Romans 1—what Calvin called the sensus divinitatis or sense of divinity? And if so, might not this built-in belief-forming mechanism simply trigger belief in God without inference or argument on our part? It seems perfectly reasonable to think God could do this.

And what if we go even further, asks Plantinga, and assume that the main tenets of Christianity are true? Why then not think the Holy Spirit could—again without any argument or inference—produce in us genuine knowledge of the “great things of the gospel”? Isn’t it possible, upon our hearing that God is reconciling us to himself through Christ, that the Spirit “quickens our hearts” and causes us to believe and accept—indeed know—the truth of such grand news?

Though we typically refer to knowledge of the gospel as “faith,” there’s no inconsistency in saying that faith is rational and even a matter of knowledge. Again, this is in line with Calvin, who defined faith as a “firm and certain knowledge of God’s benevolence toward us, founded on the truth of the freely given promise in Christ, both revealed to our minds and sealed on our hearts through the Holy Spirit” (48).

Therefore, there’s no reason to think God couldn’t work this way if he wanted. If Christianity and something like the foregoing Christian epistemic story are true, then Christian belief is rational and can even amount to knowledge without relying on argument or inference.

But this conclusion might seem a bit disappointing. After all, isn’t the real question whether Christianity is true? If it’s true, then it could obviously be rational. Who could argue with that?

Notice the issue here. According to the objection, it’s the rationality of Christian belief, not whether it’s true or false. This is the kind of claim Plantinga says is associated with evidentialist-style arguments against Christianity.

Putting Philosophy in Its Place

We can agree with Freud that if there’s no God, then Christian belief just might be mere wish fulfillment and perhaps irrational. That is, to say it again, it’s plausible to think Christianity is only rational if it’s true.

Plantinga doesn’t venture to address this, though. This is because he doesn’t think philosophy is up to the task of answering whether Christianity—or even merely belief in God—is true:

And here we pass beyond the competence of philosophy. In my opinion no argument with premises accepted by everyone or nearly everyone is strong enough to support full-blown Christian belief, even if such belief is, as I think it is, more probable than not with respect to premises of that kind. Speaking for myself and not in the name of philosophy, I can say only that it does, indeed, seem to me to be true, and to be the maximally important truth. (126)

Plantinga’s stance on what philosophy can do—and what it can’t—is one of the most important overall insights of his career. Philosophy can’t produce faith. It can’t teach us that God exists or that the main tenets of Christianity are true.

This doesn’t mean philosophy can’t be helpful and even important. We can use it to clear away some of the very real obstacles surrounding Christian belief and to lend support to God-given faith. In fact, philosophy has helped me in just these ways. But I’m also aware that philosophical arguments aren’t enough to generate the kind of faith God has vouchsafed in me.

What We Finally Need

So, even at its best, philosophy can only do so much, and usually much less than we realize or care to admit. But when we recognize its limits, we’re in a better position to reliably employ its strengths.

And this is what Plantinga has so ably done over his career, and it’s one of the things he does extremely well in Knowledge and Christian Belief. Moreover, he shows us we don’t need arguments to know the “great things of the gospel.” What we finally need is faith—genuine and saving knowledge in God’s glorious plan of salvation through Jesus Christ. And faith is a gift, that no one may boast.