Roger Wagner and Andrew Briggs—an artist and scientist, respectively—begin The Penultimate Curiosity: How Science Swims in the Slipstream of Ultimate Questions with a question: Why do two of the world’s most emblematic buildings dedicated to science have religious inscriptions over their entrances?

The Cavendish Laboratory in Cambridge greets visitors with the words of Psalm 111: “The works of the Lord are great, sought out of all them that have pleasure therein.” The main entrance to the Oxford University Museum of Natural History displays an angel holding an open book in one hand and three living cells in the other. Coincidentally (or not, it turns out), both structures are products of the 19th century, one that saw watershed scientific discoveries and seemed to exemplify the animosity between science and religion. So the authors initially wondered:

Were these invocations (as contemporary thought might suggest anticipate) merely pious gestures? Had they been intended perhaps to soothe the religious sensibilities of the universities at a moment when advances of science were beginning to suggest that the biblical creation narratives belonged to the same category as every other kind of mythology? (xvii)

The book is an answer to this question as it highlights humanity’s search to “see beyond the rim of the physical world.”

Wagner and Briggs found an unexpected yet inherent “entanglement” of science and religion they say may have begun at the “Garden of Eden moment,” a stage in human evolution when the desire to objectively ground an innate moral sensibility forced a kind of cognitive advance. This “larger cognitive struggle,” the authors suggest, employed “every sense and capacity in the attempt to create an integrated picture of reality.” This “need to make sense of the world as a whole” is what they call “ultimate curiosity”—and is what we might call an innate religious sense.

Throughout the book, the authors take for granted mainstream science, and clearly present it to non-specialists, including parts of science some Christians would see as contrary to Scripture. Regardless of your views on topics such as the evolution of humans and the age of the earth, it’s interesting that, in a book supporting the compatibility of science and religion (and biblical religion in particular), Wagner and Briggs take for granted various teachings of science that many Christians believe contradict Scripture.

None of this should bother the generic theist, the person who believes simply in a vanilla-flavored designer/creator of the cosmos. And The Penultimate Curiosity offers a strong case that theism makes the best sense of science’s metaphysical foundations. Of course, the atheist will contend that any theistic notions associated with these foundations are mere scaffolding and can be removed once the cathedral of science has been constructed. I think this objection can be readily countered, though the authors understandably don’t spend time doing so—the book is far more historical than philosophical. (This isn’t a complaint; sufficient unto the day are the troubles thereof.) 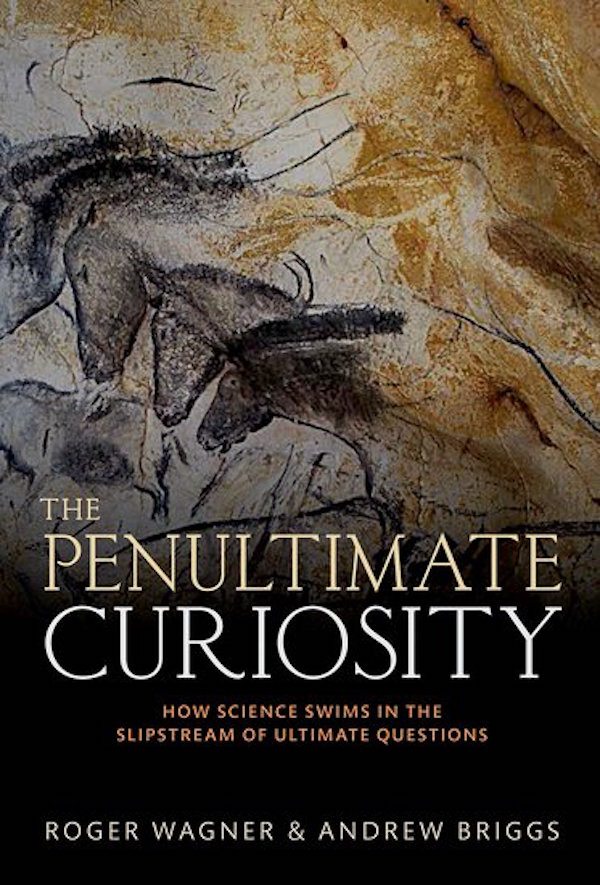 The Penultimate Curiosity: How Science Swims in the Slipstream of Ultimate Questions

The Penultimate Curiosity: How Science Swims in the Slipstream of Ultimate Questions

But other concerns arise when we turn to the compatibility of mainstream science with what Scripture seems to say about the cosmos and its human inhabitants. The authors describe a number of disquieting discoveries made in the 19th century—ones we’re still struggling to reconcile with Christianity. There were, for example, findings that resulted in Darwin’s theory of evolution, as well as geological discoveries that suggested the earth to be far older than the Bible seemed to imply. Moreover, explorers found Ancient Near Eastern literature that was startlingly similar to the early parts of Genesis: the Babylonian Epic of Gilgamesh, with its story of a great flood, a giant boat, and the secret of eternal life; there was also a Babylonian story of Adapa, the primal man ordered not eat of the bread and water of death, which turned out to be, alas, the bread and water of life.

There are a number of reasonable ways for Christians to respond to these discoveries, but for our purposes here, Briggs and Wagner respond with the claim that any apparent conflicts aren’t between science and religion per se, nor even between science and Christianity, but rather between science and a literalistic interpretation of the Old Testament. They suggest the biblical chapters on primeval history might have been modifications of the Babylonian stories that the exiled Jewish intelligentsia (who learned them as part of their training in the foreign palace curriculum) reinterpreted in light of their Abrahamic vision of God. And so the Jewish point of these stories is found in the differences between Israel’s God and the pagan mythologies. The purpose of these portions of Scripture wasn’t, on this interpretation, to give us literal history. Rather, it was a way for the exiles to maintain their Jewish identity in the face of overwhelming Babylonian cultural influences.

The Penultimate Curiosity is unintentionally about more than the relation between science and religion. To be sure, it is about that, and it presents powerful evidence that science is ultimately a religious endeavor—or as the authors put it, penultimate curiosity is founded on an ultimate curiosity.

But the book itself is also evidence of our ongoing struggle with 19th-century discoveries, a struggle over the interpretation of texts.