We’re often told that science is steadily removing reasons for belief in God. As atheist Jerry Coyne says, “Bit by bit, the list of phenomena that once demanded an explanatory God is being whittled down to nothing.”

It’s not that this kind of claim doesn’t have force; indeed, I think it requires careful consideration, and always will. But thoughtful consideration can take a lot of the wind out of this claim’s sails—at least insofar as it’s an objection to God’s existence. This is where Bradley Sickler’s helpful new book comes in. God on the Brain: What Cognitive Science Does (and Does Not) Tell us about Faith, Human Nature, and the Divine is a careful response to the kind of assertion made by Coyne and his cohorts.

As the title indicates, Sickler—associate professor of philosophy and director for the master of arts in theological studies program at the University of Northwestern in St. Paul, Minnesota—focuses on what can generally be called “brain science,” a cluster of disciplines that includes cognitive science, neurophysiology, evolutionary morality, and evolutionary psychology. Although these disciplines are relatively young, they’re already making discoveries that have important implications for our understanding of human nature. And, not surprisingly, these discoveries are forcing us to think more deeply about traditional religious beliefs. 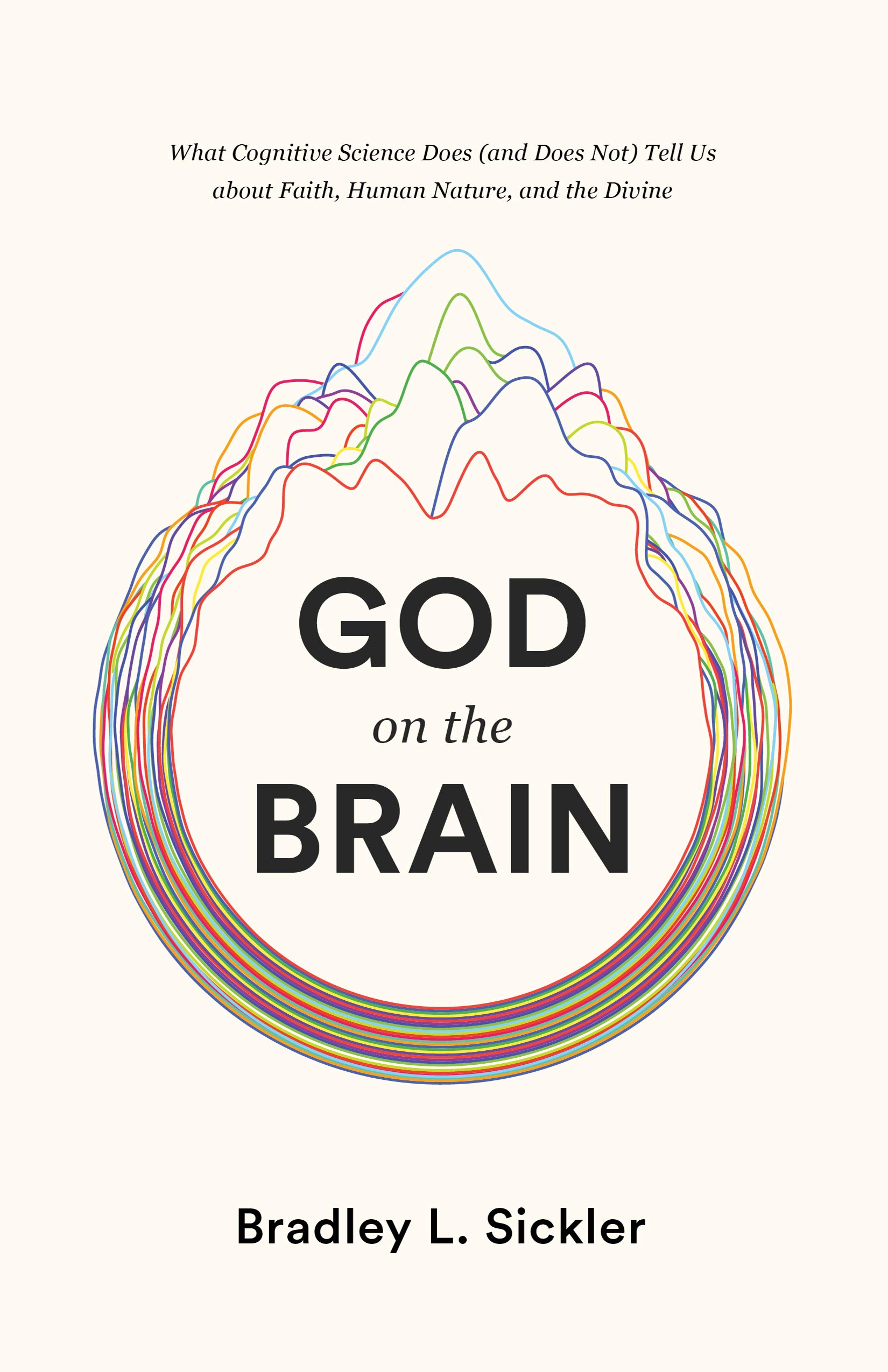 God on the Brain: What Cognitive Science Does (and Does Not) Tell Us about Faith, Human Nature, and the Divine

God on the Brain: What Cognitive Science Does (and Does Not) Tell Us about Faith, Human Nature, and the Divine

Advances in modern science have dramatically increased our understanding of the human brain.

While this progress has helped improve many lives, it has also raised many philosophical and theological questions. Researchers are increasingly presenting the brain as comprising the totality of a person. But is this a fair assessment?

Bradley Sickler offers a timely theological, scientific, and philosophical analysis of cognitive science, arguing that the brain is more complex than what can be explained by science alone. Navigating questions about the brain, religion, and science, Sickler guides readers to confidently affirm that the Christian worldview offers the most compelling vision of the true nature of humanity.

Despite Sickler’s focus on cognitive science and related disciplines, he also manages to cover more general historical and philosophical topics, putting the study of brains and beliefs in their proper context. For one thing, he looks in considerable depth at the overall relationship between science and religion, a topic that has increasingly drawn academic attention over the last few decades. Are science and religion natural enemies, inherently at odds? If not, what’s the real nature of their relationship? Are they related at all? Do they address entirely separate domains or are they, in some sense, complementary? While considering these questions, Sickler also guides us through important historical episodes and deeper philosophical issues, such as the methods and limits of science. He concludes there’s nothing inherent in science (or religion) that would suggest a conflict—at least in principle.

Matter and the Soul

But what about in practice? Here Sickler focuses on two broad questions. The first is whether evolution has adequately explained—or rather, explained away—the human propensity for religious belief, including belief in God. The second question, which he spends more time on, is whether science has shown that humans are made only of matter, and therefore have no immaterial soul.

Are science and religion natural enemies, inherently at odds? If not, what’s the real nature of their relationship?

Both questions arise out of a growing belief that humans aren’t different from other animals in kind, only in degree. But Sickler makes clear, time and again, that “despite our similarity to all other living things, we must recognize that there is something fundamentally different about humans; we are not merely another animal.”

Consider the first question: whether there’s a purely natural evolutionary explanation for belief in God. One of the motivating ideas behind it is that, “[f]rom the standpoint of secular science, the persistence of religion is an evolutionary puzzle.” After all, “To a naturalist, it represents a massive failure of our cognitive equipment.” And so, over the last couple of decades, the “cognitive science of religion” (CSR) has attempted to explain our widespread religious beliefs in terms of evolution and other natural factors. Among the many possible evolutionary explanations for belief in God is the possibility that humans have evolved with a tendency to see active beings or agents behind natural phenomena—agents like “tree spirits and volcano goddesses.” Or, as they say in the business, we evolved with a “hyperactive agency-detection device” (or HADD). Moreover, our overactive imaginations have proven beneficial; we often overestimate danger, believing nature is sometimes hellbent on killing us. HADD would help explain why so many humans (falsely) believe in God. Better safe than sorry.

But, as Sickler points out, even if religion is beneficial to species’ survival, it’s not clear this fact would support atheism over Christianity. As he says, it seems reasonable to think God would provide humans with the propensity to believe beneficial things—and certainly no reason to think he wouldn’t.

Consider the second question, the one about human souls (or, equivalently, immaterial minds). Has science refuted the age-old belief that we’re a combination of a material body and immaterial soul? That is, has science refuted dualism? If so, this would be a real problem for Christianity, since belief in an immaterial soul is necessary for many Christian doctrines, even touching on the integrity of the gospel itself.

Has science refuted dualism? If so, this would be a real problem for Christianity, since belief in an immaterial soul is necessary for many crucial Christian doctrines, even touching on the integrity of the gospel itself.

But how could science—which seems to deal with only the material world—possibly show that there’s no immaterial soul? Wouldn’t the soul be entirely beyond science’s reach? Not necessarily. Science might be able to show that every mental state we have heretofore attributed to the soul is, instead, a physical brain state.

Sickler addresses this from a number of directions, but his main response is to question whether we really have explained our mental lives in terms of brain states. Specifically, have we explained consciousness itself? Is it really the case that the pain we feel, the propositional contents of our thoughts, and our experiences of color are identical with—or even caused by—the firing of, say, C-fibers? Have we really solved what Sickler calls the “hard problem”? Quoting philosopher Kelly James Clark, he asks: “How do things with entirely physical properties cause or give rise to things with entirely mental properties? What is the relationship of the mental to the physical? We simply don’t know.”

The hard problem, Sickler says, “remains just as hard as ever.”

Sickler doesn’t stop at merely defending the soul (and religious belief), as significant as this defense is. He also plays offense by providing powerful reasons why a secular, materialistic view of the world doesn’t have the conceptual resources to support the very things it values most. For example, materialism can’t adequately account for morality, free will, and even science itself.

Throughout God on the Brain, Sickler gives lessons in philosophical thinking. This isn’t merely a book about cognitive science or religion. It’s also an introduction to philosophy done well: helping us to think clearly and carefully about the deep questions of our existence.