The last decade has witnessed a resurgence of academic interest in early Christianity.

By “early Christianity,” I don’t mean the Christianity represented by the major figures in the fourth and fifth centuries when the church had risen to power—for example, Athanasius, Constantine, Augustine. Rather, I’m referring to period immediately after the apostles, mainly the second and third centuries, when Christianity was still in its infancy, struggling to find its way in a hostile Roman world.

So, why all the interest? I think scholars are realizing afresh something that we’ve always known, namely, that the validity of the later (and fuller) version of Christianity is dependent, at least somewhat, on whether its core features can be traced back to the earlier stages of Christianity.

And if this can’t be done, if it can be shown that there’s a radical gap between the two, then we might conclude that the Christianity that arose to dominance is not the “real” Christianity after all. Rather, it’s just a man-made construction—born of politics or power or just random chance—that is out of sync with the earlier (and more authentic) version. 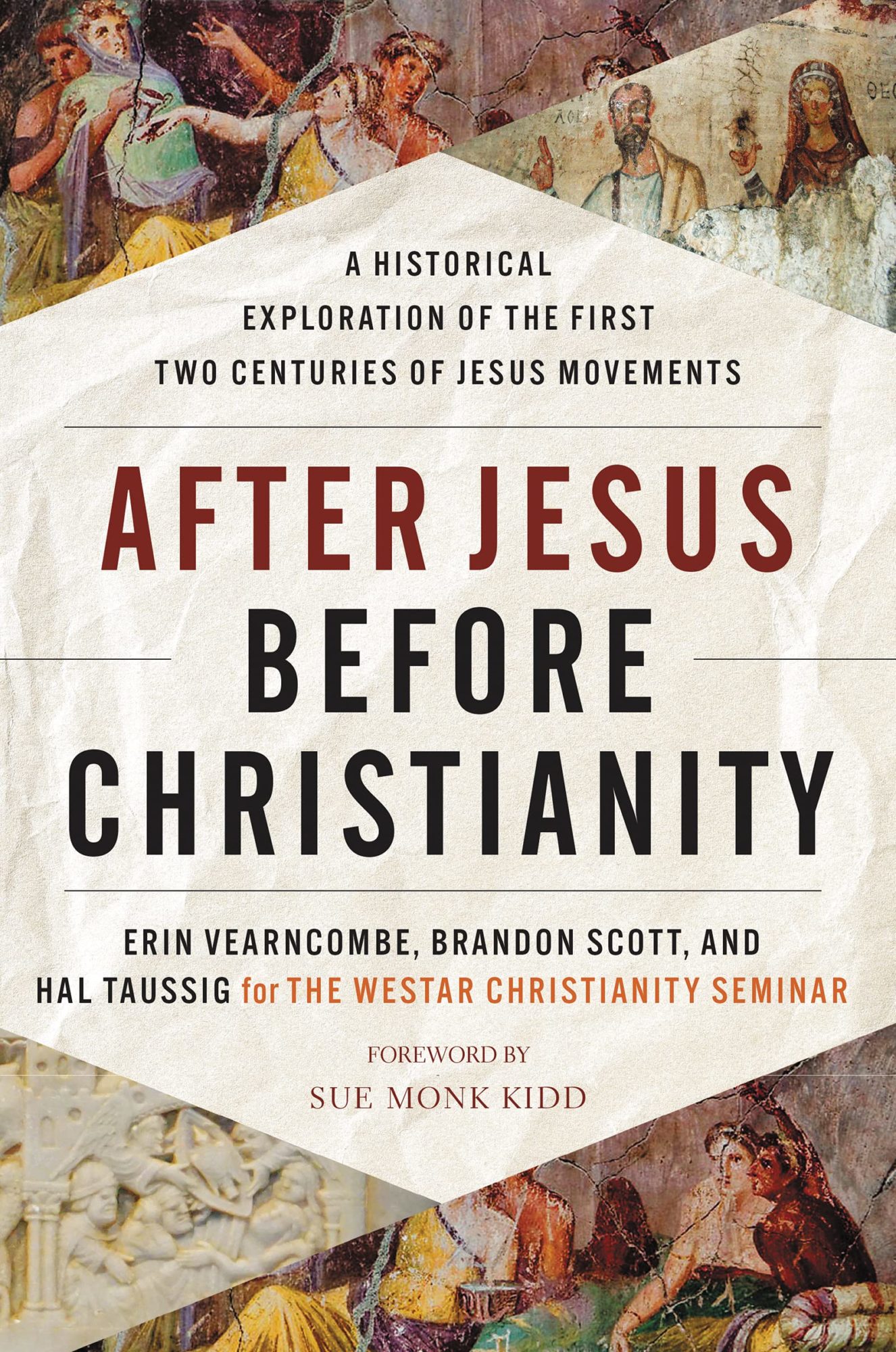 After Jesus Before Christianity: A Historical Exploration of the First Two Centuries of Jesus Movements

After Jesus Before Christianity: A Historical Exploration of the First Two Centuries of Jesus Movements

Christianity has endured for more than two millennia and is practiced by billions worldwide today. Yet that longevity has created difficulties for scholars tracing the religion’s roots, distorting much of the historical investigation into the first two centuries of the Jesus movement. But what if Christianity died in the fourth or fifth centuries after it began? How would that change how historians see and understand its first two hundred years?

Considering these questions, three Bible scholars from the Westar Institute summarize the work of the Christianity Seminar and its efforts to offer a new way of thinking about Christianity and its roots. Exciting and revolutionary, After Jesus Before Christianity provides fresh insights into the real history behind how the Jesus movement became Christianity.

Well, if someone has such a wish, it can be realized in After Jesus Before Christianity: A Historical Exploration of the First Two Centuries of Jesus Movements (HarperOne, 2021). It’s authored by Erin Vearncombe, Brandon Scott, and Hal Taussig—all writing on behalf of the Westar Institute (effectively the umbrella organization for the well-known Jesus Seminar).

If the foreword by Sue Monk Kidd is any indication, the thesis of this volume certainly doesn’t lack in boldness: “You are about to read a book that possesses the potential to rewrite history, namely, the long-held ‘master-narrative’ of how Christianity came to be” (xi). And what is this “master narrative” the book intends to rewrite? It’s the belief that “‘Christianity’ acted as a unified, continuous early tradition in unbroken line representing a single truth” (3).

The validity of the later (and fuller) version of Christianity is dependent, at least somewhat, on whether its core features can be traced back to the earlier stages of Christianity.

In other words, the book aims to show that there’s a radical gap between the later version of Christianity and its earlier iterations. While the later version might look stable and unified, the early stage of Christianity was a diverse, vibrant “kaleidoscope” of different views—a mosaic of “many-shaped tiles”—that defy neat categorizations and traditional labels (3).

The authors put it bluntly, “In the first two centuries, what we think of as ‘Christianity’ did not exist” (4).

Of course, anyone familiar with 20th century scholarship on early Christianity will quickly recognize that this overall thesis isn’t new. Walter Bauer’s Orthodoxy and Heresy in Earliest Christianity (1934) essentially made these same claims about radical diversity in the earliest centuries and how “orthodoxy” was merely the result of the stabilization of the church in the fourth and fifth centuries. Indeed, much of modern critical scholarship on early Christianity has been built on the Bauer paradigm (in some form or another).

Now, while Bauer’s thesis has been roundly (and some would say decisively) critiqued, he did get some things right. For one, it’s fair to say that these earliest centuries of the Christian faith had a lot more theological-doctrinal diversity than we typically recognize.

And the same is true of the present volume. At a number of points, it rightly recognizes that these early centuries were quite different than the later centuries, and we need to understand those differences better. At other points, however, this volume seems committed to pushing a radical discontinuity between the early and later versions of Christianity—a radical discontinuity the evidence can’t sustain.

According Vearncombe, Scott, and Taussig, in what ways were the earliest versions of Christianity radically different than later ones?  We cannot offer an exhaustive analysis in such a short review, but here are three prominent differences.

Several chapters focus upon family, identity, and gender. In particular, the authors highlight how women played a more prominent role in the ministry of the church in these earliest centuries. Special attention is paid to the apocryphal Gospel of Mary where Mary is “granted special, superior authority” even over the apostles (104).

What of the books of the New Testament that might take a different view of women’s roles? Well, in the case of 1 Timothy (and also Ephesians and Colossians), these are regarded as letters not really penned by Paul anyway. Likewise, passages like 1 Corinthians 11:2–11 and 14:33–36—which also differ greatly from the Gospel of Mary—are regarded as later interpolations into the text. Instead, we’re told to focus on passages like Galatians 3:28 where we read there is “no male and female.”

Of course, the authors’ analysis of each of these texts could be, and has been, challenged (though there isn’t space to revisit those discussions here). Moreover, there are serious questions about whether the Gospel of Mary has the kind of historical credibility that should outweigh these other writings.

That said, if the authors were simply trying to show how early Christianity valued women, this sort of historical-textual gerrymandering is not even necessary. Texts like Romans 16 already show that women played an important role in the earliest centuries, and various patristic evidence backs this up (as I’ve addressed before). Rehabilitating the Gospel of Mary isn’t needed to make this point.

Not surprisingly, a core tenet of the book—and fitting with the influence of Bauer—is that the whole concept of heresy is a “creation of later centuries” (203) designed to prop up the church’s power and squash dissenters. The authors state, “The strong negative sense of ‘heresy’ becomes evident only in the late second century” (201).  Before this time, there was no heresy or orthodoxy, rather there were just different “schools” of thought.

Again, there’s not space for a full-scale rebuttal of such claims (I have written about it extensively in The Heresy of Orthodoxy). But it should be noted that much of the book’s argumentation centers on the term “heresy” itself (hairesis) and how it wasn’t used in the New Testament negatively.

So, why don’t the authors regard such passages as evidence for real distinctions between heresy and orthodoxy in the earliest centuries?  Well, because many of these passages come from Paul. And Paul, in their minds, wasn’t that significant. Indeed, chapter 15 is devoted to explaining why Paul wasn’t that important to the early Christian movement.

Of course, if Paul is not so important, then this undermines some of the authors’ earlier arguments. For instance, if Paul is of no consequence, then why should we care so much about Galatians 3:28?

No volume in the spirit of Bauer would be complete without making this final point. One of the major differences between the earliest and the later phases of the church is that “no New Testament existed in the first two centuries” (304). Indeed, the authors call this realization “one of the biggest surprises of this whole volume” (303).

I’m not exactly sure why this is a “surprise” since many scholars over the last century, including Bauer himself, have basically made the same claim. It’s almost a mantra now to say that the earliest Christians didn’t have a Bible.

Now, there’s a certain sense in which this claim can be regarded as true. If by the term “New Testament” one means a complete, final, closed collection of 27 books, then it’s true that we don’t have that until about the fourth century (though I’ve argued we have complete lists even in the third century).

But overlooked in such an analysis is that there was a “core” canon of New Testament books—approximately 22 out of the 27—functioning as Scripture by the middle of the second century. Even though the boundaries may have been a little fuzzy, surely we’re overstating our case to say that “no New Testament existed.”

For those interested in the formation of the earliest Christian movement, After Jesus Before Christianity will be a fascinating read. It offers a number of provocative claims that will surely elicit reflection and curiosity in the reader. And it does make some helpful points that need to be made: for example, early Christianity was more diverse than we typically think and women were valued in the early Christian movement.

Time and again, the authors seem to push well beyond what the evidence can bear.

However, time and again, the authors seem to push well beyond what the evidence can bear. For a volume that claims to be working “with an open mind” and “not assuming anything” (1), it reaches a remarkably predictable conclusion that just happens to fit with the pre-existing paradigm of Walter Bauer that has been in place for nearly 100 years.

The authors claim that their volume had the potential to “rewrite history.” Well, in a sense, it has done that. It has rewritten the history of early Christianity. The question, however, is whether that new version is more accurate history than the one we had before.