Visit Alsace, the Swiss Cantons, or Germany this year, and you’ll see many signs indicating that the Protestant Reformation’s 500th anniversary is only a year away. Stone is being cleaned and monuments refurbished. The Castle Church at Wittenberg is off-limits this year so that it can be ready for the crowds that will descend in 2017 to see the place where Luther lodged his protest.

Europeans—known for their disregard for institutional Christianity—still want visitors to come and see the sites associated with the momentous actions of 500 years ago. The tourism economy depends on it.

Michael Reeves (president and professor of theology at Union School of Theology in Oxford) and Tim Chester (pastor of Grace Church, Boroughbridge, and curriculum director of Acts 29’s Oak Hill Academy) also want to stir fresh interest in the Reformation. But they’re not really concerned with the sites, monuments, and ancient churches; their focus is the leading theological ideas of the Reformation. These, they maintain, have been eclipsed.

Reeves and Chester want to beat back the theological indifferentism that characterizes so much of evangelicalism. In Why the Reformation Still Matters, they do so with style and many a catchy phrase, attempting to take the big ideas of the Reformation era and show their timeliness. Justification by faith alone, the supreme authority of Scripture, union with Christ, and other such themes are worth restating for our new day. After all, the dominant expression of Christianity in the Western world remains Roman Catholicism—which hasn’t improved its often-mistaken teachings on sin and salvation in 500 years. And the human condition is just as it was when the Reformers recovered the gospel.

For me, the “treat” (if I can call it that) was chapter 7, in which Reeves and Chester demonstrate that the person and saving operations of the Holy Spirit received fresh and fuller attention during the Reformation. Grace, as the medieval church had taught it, was mechanical—the outcome of the administration of baptism and the Eucharistic “sacrifice”—for those who participated. Though indispensable, grace wasn’t viewed as Jesus Christ himself active for us with and by the Spirit.

Pastors and teachers will benefit from this book as they prepare sermons and lectures commemorating the Reformation. It’s certainly a book that should find its place on book tables and in church libraries.

Having identified the book’s strengths, I have three concerns with the book. 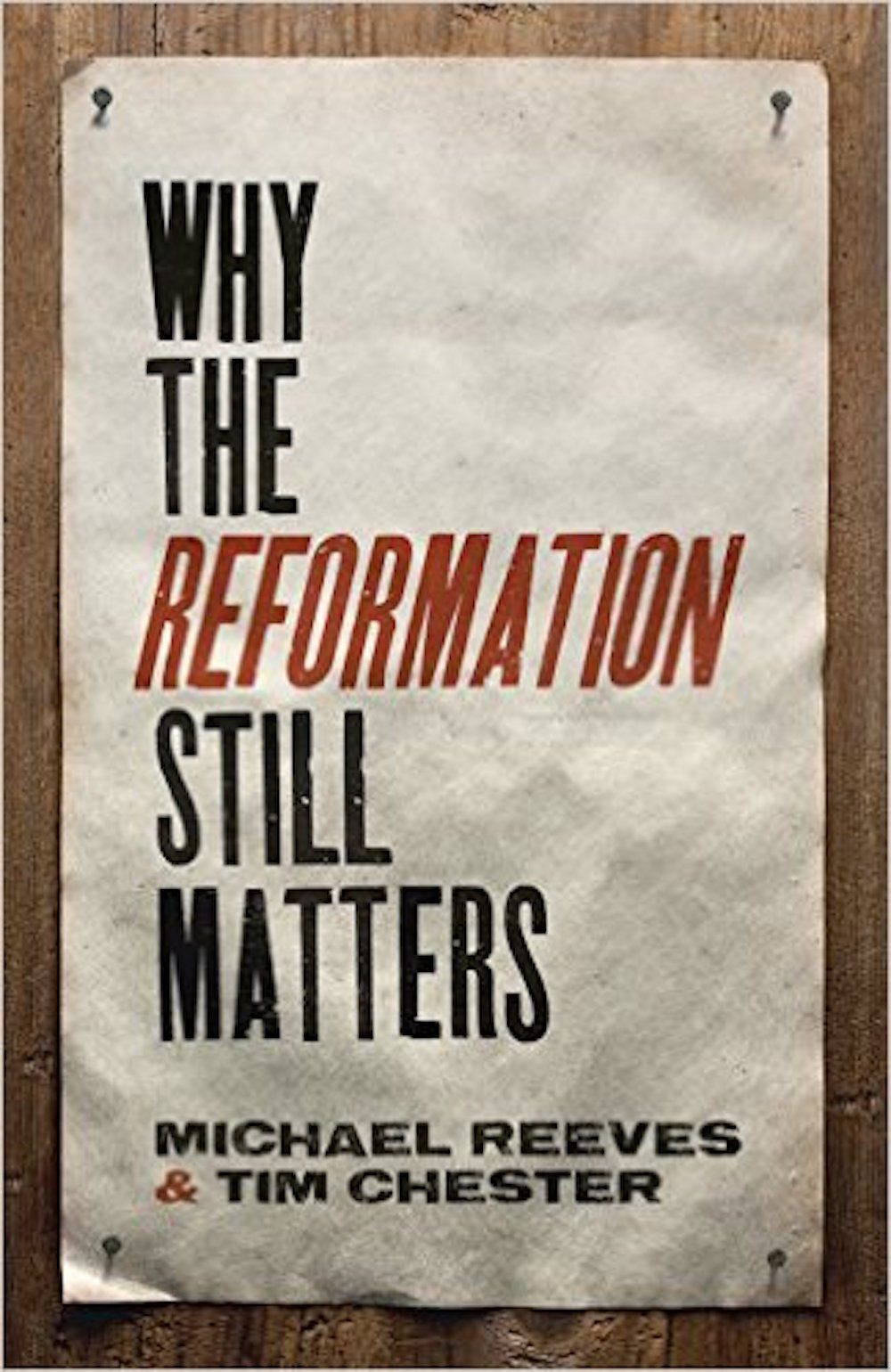 1. This genre needs to be more forthright in acknowledging the cultural and civilizational distance that separates us from the 16th century.

In making this comment about current writings that commemorate the Reformation, I don’t mean to imply the irrelevance of those 16th-century developments. We must admit complexity, though. Reeves and Chester admirably wish to champion Reformation ways of believing. But the Europe where this evangelical faith was expounded also saw the Christian faith in its entirety (Catholic and Protestant) discredited by religious wars in the following century and by two world wars. Many Europeans abandoned hope that Christianity—of whatever expression—had the answers society needed. That the faith of the Reformers has declined in the Western world isn’t simply a matter of amnesia; it’s also a matter of civilizational crisis.

Concentration on the purity of personal theological belief misses a lot. Don’t we also need to understand why Europe treats this faith as passé?

2. This genre of Reformation literature reflects an ecclesiological problem.

Reeves and Chester write from a perspective that respects the heritage of Luther, Calvin, and the Anglican Reformers. One surmises they write as persons whose churches also revere this theological heritage. But such reverence may not be true of their readers. In many evangelical churches, these figures are largely unknown and hardly heeded. This may be lamentable, but it’s the reality we who want to see Reformation doctrines revived must deal with.

As if in recognition of this gap, Reeves and Chester pay attention to the Anabaptist heritage (ch. 9). This is one way of acknowledging the breadth of the Protestant and Reformation traditions. But the problem remains. Those conscious of their Anabaptist stream don’t necessarily revere Menno Simons any more than the rest of us revere Luther or Latimer. Again, there’s spadework on what constitutes historical authority that’s been left undone.

3. There are shortcomings having to do with sources.

Given the significant role assigned to Luther in this work, why have the authors not used a standard edition of Luther’s works? I noticed four or five different editions. Why wasn’t one of them (the most modern, the American edition) used exclusively? Documentation anchors a book’s assertions and makes it possible for a curious reader to further pursue a question. Moreover, many quotations (particularly of Luther) come from secondary sources (such as Timothy George’s Theology of the Reformers), but the authors don’t consistently supply (as George did) the actual details of where the statement is located in Luther’s writing. There are also sections where the discussion depends on dated literature. For instance, the discussion of Anabaptism is largely informed by a work from 1957. Even in popular treatments like this, proper and defensible sources have a paramount importance.

These concerns notwithstanding, Why the Reformation Still Matters is an interesting and promising work that helps prepare us for next year’s centennial.

Kenneth J. Stewart is professor of theological studies and former chair of the department of biblical and theological studies at Covenant College in Lookout Mountain, Georgia. He is the author of Ten Myths About Calvinism: Recovering the Breadth of the Reformed Tradition (IVP Academic, 2011) and In Search of Ancient Roots: The Christian Past and the Evangelical Identity Crisis (IVP, 2017).