In 1762, a preacher of the First Great Awakening (or Evangelical Revival), Thomas Haweis (1734–1820), authored Evangelical Principles and Practices. It was, he said, an attempt to “obviate the manifold misconceptions and misrepresentations which the author of them has lain under. . . . They will best serve to declare what those doctrines are which he, as a minister of the gospel, has sought to inculcate.” Florid prose? Indeed! Yet in fact, Haweis was battling “bad press” against evangelicalism. At intervals ever since, evangelicals have been doing as Haweis did (in fewer words, mercifully).

Michael Reeves—theologian, author, and president of Union School of Theology in the U.K.—is aware of this noble (and necessary) literary tradition. We find him drawing freely on earlier works of this type by notables such as J. C. Ryle (1816–1900), author of Knots Untied (1877); Martyn Lloyd-Jones (1899–1981), author of What is an Evangelical? (1992); and John Stott (1929–2011), author of Evangelical Truth (1999). Does this mean there is in fact an “industry” for such works and that Reeves, with his book Gospel People: A Call for Evangelical Integrity, is simply the latest of this type? In a word, no.

Books like Gospel People serve two purposes: description and delineation. There’s a need for evangelical Christianity to be described—it’s distinguishable from other forms of Christianity not so much by its different doctrinal beliefs as by the weight or emphasis we place on respective beliefs. The convictions of biblical authority, Jesus as humanity’s only Savior, and the need for personal regeneration are not held solely by evangelicals, but we assign heightened importance to these truths. Onlookers need to grasp this difference. 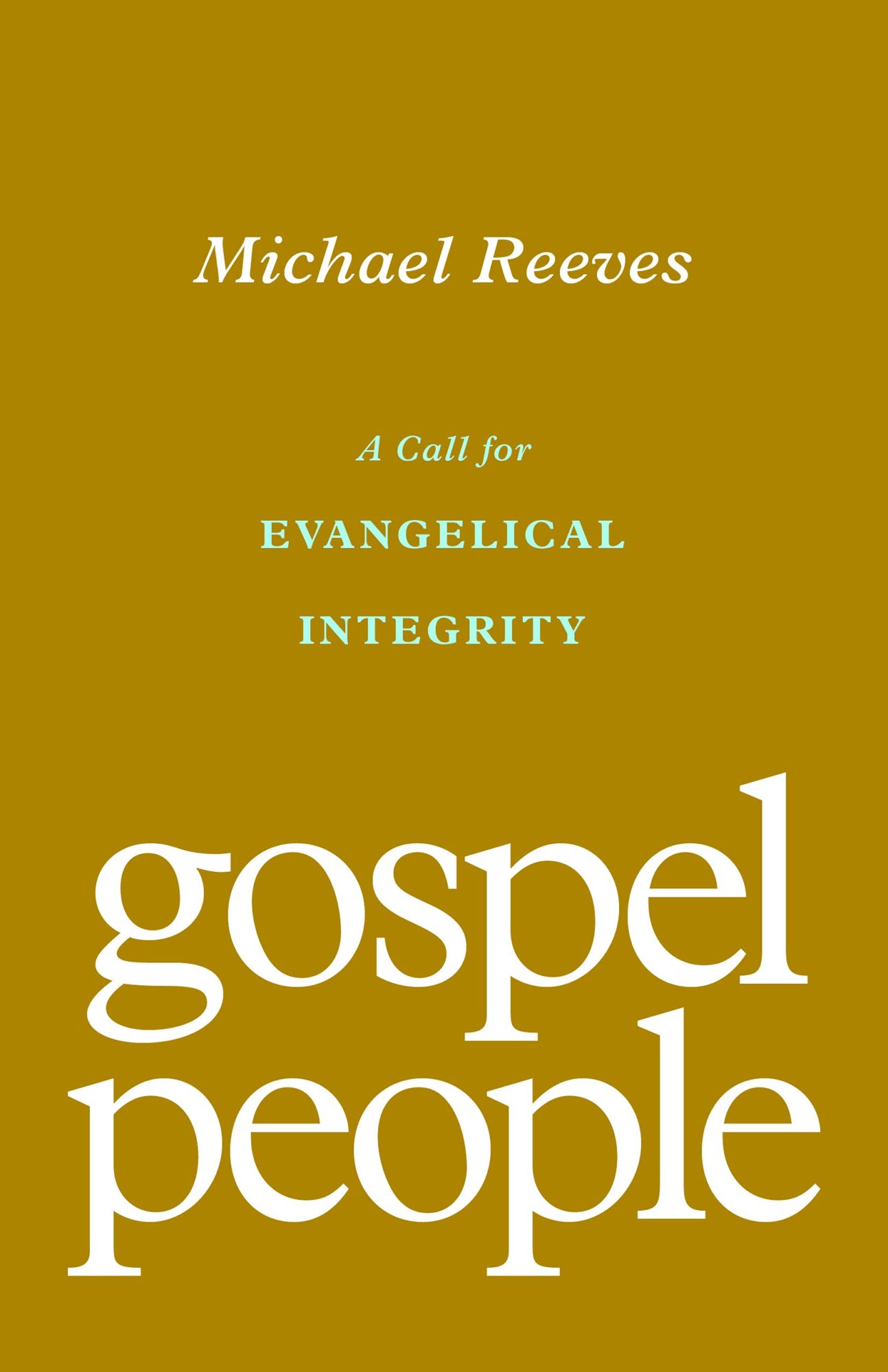 The term evangelical is often poorly defined and frequently comes with cultural and political baggage. As the label has become more controversial, many Christians have begun to wonder if they should abandon it altogether.

Michael Reeves argues from a global, scriptural, and historical perspective that, while it’s not necessary to discard the label altogether, Christians must return to the root of the term—the evangel, or “gospel”—in order to understand what it truly means. He identifies the theology of evangelicalism and its essential doctrine—the Father’s revelation in the Bible, the Son’s redemption in the gospel, and the Spirit’s regeneration of the heart—calling believers to stand with integrity as people of the gospel.

There’s also a need for delineation, the drawing of boundary lines. From about the year 1860 (when the higher criticism of the Bible began to claim respectability with the release of Essays and Reviews), evangelical Christianity has had an attrition problem. Self-described evangelical leaders and followers embraced views of Christ, the Scriptures, human origins, and the world’s religions that are at variance with historic Christianity, and yet didn’t relinquish the term “evangelical.” In that period of “downgrade” it was this leaching process that required the introduction of the modifying adjectives which are still being coined: liberal evangelical, broad evangelical, conservative evangelical, open evangelical, post-evangelical.

Self-described evangelical leaders and followers embraced views that are at variance with historic Christianity, and yet didn’t relinquish the term ‘evangelical.’

The question naturally arises: How effective has Reeves been in his definition and delineation? We need to recognize that how Reeves defines and delineates evangelicalism will depend on where he stands on the wide spectrum of evangelical opinion. I’m left with the impression that Reeves tries to function as a “centrist” or at least “center-right” evangelical. While trying hard to maintain a “big tent,” he wants that canvas to have clear edges.

Reeves shows a determination to ensure space within this evangelical family for all who identify with its distinctive concerns, which he identifies across four opening chapters. Under this tent belong convinced believers and congregations across the range of Protestant denominations: Anglican, Baptist, Presbyterian, and Methodist. Such a coalition is desirable and possible for centrist Reeves because we can draw distinctions between primary doctrines (about which there can be no wavering) and others of secondary importance where we might agree to differ. But we have to acknowledge that this “big tent” approach has limitations, and I want to draw attention to two.

First, evangelical Christians are increasingly found outside the more familiar Anglican, Baptist, Presbyterian, and Methodist traditions in independent (and often unaffiliated) congregations. They’re often quite content with this arrangement, so they must be given a reason why they should come under the tent Reeves has identified, with its defined edges. In North America (and, I expect also, the U.K.) the burgeoning “new” church movements (e.g., Vineyard, Calvary Chapel, Harvest, the many independent charismatic churches) do not necessarily fall into line with longer-established evangelical traditions. Statistically, a lot of evangelicalism’s growth is happening in these settings.

In the U.S. at least, the bad press about politicized or anti-vax evangelicals is more often than not focused on this constituency. I think Gospel People could have taken more seriously the challenge of enfolding and holding accountable this expanding group. Its weakness is not theological liberalism, but its lack of checks and balances. Don’t tell them that they are not “Gospel People.” In other words, Reeves uses the term as a means of uniting people who see it as he sees it; but he has no monopoly on the use of this terminology (though it is a positive concept as he employs it).

A good proportion of Christians and congregations self-identifying as evangelical will not endorse the crisp definitions he puts forward as markers of our position.

Second, for all his determination to occupy a centrist or right-of-center vantage point (which I also identify with), Reeves in Gospel People doesn’t adequately come to terms with the fact that a good proportion of Christians and congregations self-identifying as evangelical will not endorse the crisp definitions he puts forward as markers of our position.

This has been a problem since at least J. C. Ryle’s day. We might call them “broad” evangelicals. Think here of the interesting book edited by Mark Labberton, Still Evangelical (IVP, 2018). These broadly-evangelical Christians do not accept that conservative evangelicals should function as the gatekeepers of the evangelical movement. These Christians, like the first group named (above), will not agree to any suggestion that the descriptor, “Gospel People” is inapplicable to them. They maintain that more elastic definitions of evangelicalism will serve just as well.

In sum, Reeves has written a useful, timely, and necessary book. But in these two respects, more nuance is needed.