We live in an increasingly fractured world, and only now does the church seem to realize that the era of public discourse around a common set of assumptions is over.

In his new book, Preaching with Cultural Intelligence: Understanding the People Who Hear Our Sermons, Matthew Kim, associate professor of preaching and ministry at Gordon-Conwell Theological Seminary, wants to help pastors preach in this context.

In the first part, Kim explains cultural quotient theory, and he offers a four-stage process that addresses preaching to cultural variables within our contexts. He concludes with an excellent overview of how preachers exegete themselves. Part two contains a call to assess a culture’s beliefs, rituals, idols, dreams, god, and experiences (B.R.I.D.G.E.). It’s excellent.

So far so good. But Kim’s three-part, 18-step (!) homiletical template to create culturally intelligent sermons may be convoluted. The process risks the sermon becoming Frankenstein’s monster—containing all the necessary parts for life without ever becoming truly alive.

The sermon’s primary aim is to showcase Christ.

I also find it difficult to visualize the culturally clunky preacher Kim invokes to demonstrate the problem. His go-to example is something grotesque: a straw man preacher with cultural blinders tight enough to exclude all but his own limited experiences from the text. If such a straw man does exist, his straw house has already been rendered uninhabitable by the winds of cultural change. 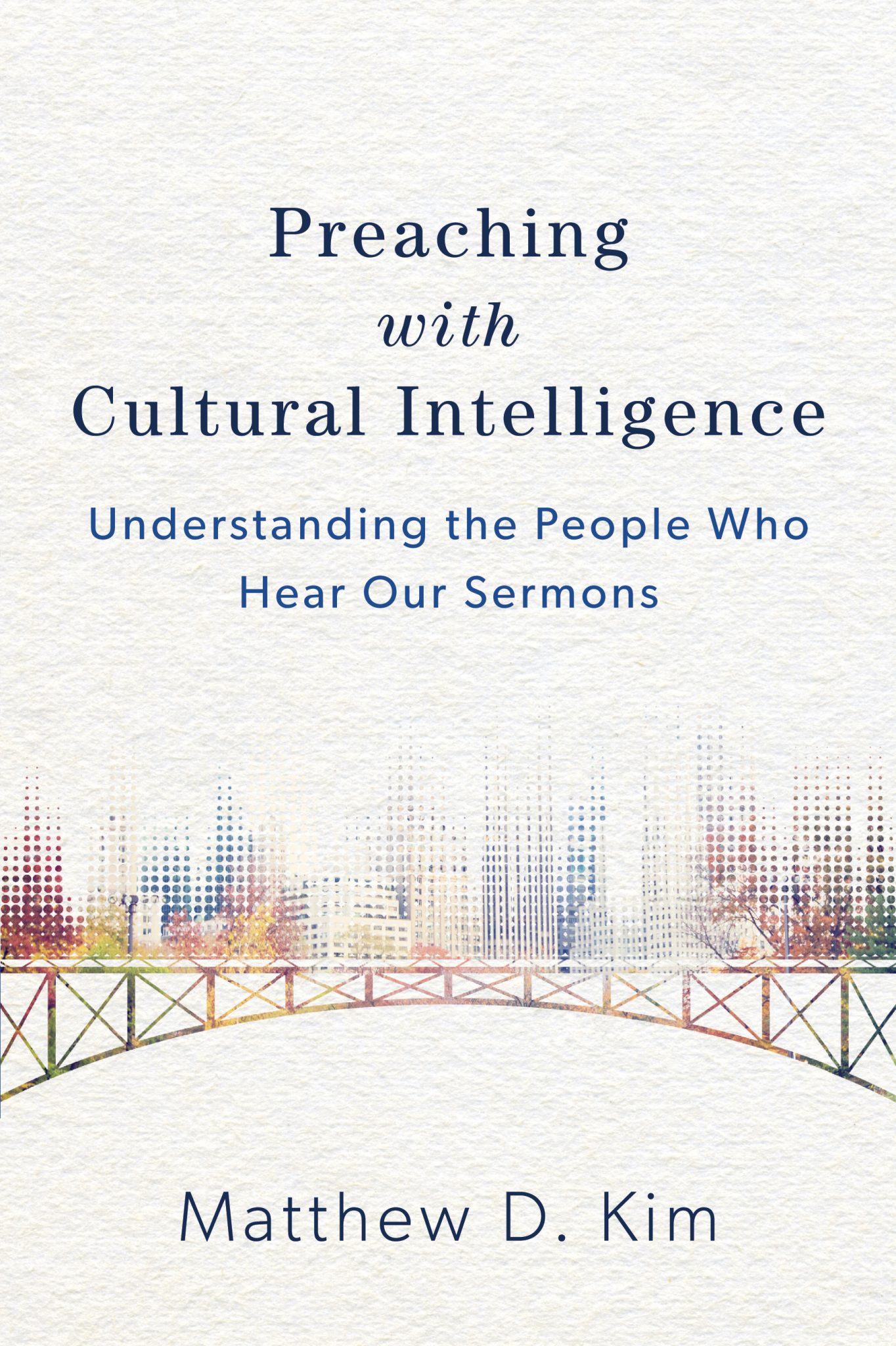 Preaching with Cultural Intelligence: Understanding the People Who Hear Our Sermons

Preaching with Cultural Intelligence: Understanding the People Who Hear Our Sermons

To preach effectively in today’s world, preachers need cultural intelligence. They must build bridges between listeners who come from various denominations, ethnicities, genders, locations, religious backgrounds, and more. Experienced preacher and teacher Matthew Kim provides a step-by-step template for cross-cultural hermeneutics and homiletics, equipping preachers to reach their varied listeners in the church and beyond. Each chapter includes questions for individual thought or group discussion. The book also includes helpful diagrams and images, a sample sermon, and appendices for exegeting listeners and for exploring cultural differences.

Yet my primary concern runs deeper. In the second part Kim addresses how to preach to particular groups using his template. Five cultural subgroups are presented as case studies: denominations, ethnicities, genders, locations, and religions. A sample passage is exegeted through the lens of the template before a sermon framework is created using one of the five cultural identity markers.

While some of this is helpful, the hermeneutical method seems forced. For example, on the issue of gender, the passage in question is Jesus’s announcement in Matthew 10:37–39 that loving one’s family above Jesus invalidates the quest for true discipleship. While Kim’s analysis of gender is spot on, the process feels like squeezing the text for more juice than it’s willing to give. Does this passage primarily, or even secondarily, require a gender-aware reading leading to increasingly more pointed (micro?) applications?

Perhaps that isn’t Kim’s intention, but it could be the outcome, particularly when combined with Kim’s assumption about preachers’ natural tendencies toward “action items and to-do lists.” I’d suggest that if that’s your proclivity, then catering to a fracturing culture containing an increasing number of micro-groupings will eventually render your preaching uncertain and reactionary.

In this fractious age, the preacher’s primary role must be counterintuitive. Rather than succumbing to increasing atomization, the sermon’s primary aim is to showcase Christ, all within the setting of a local church that creates space for “the second conversation” in which subsequent and diverse applications across cultural contexts can be explored.

This approach frees the sermon to soar and lift people’s gaze, rather than being the place to tease out myriad implications on the ground. It’s the macro-setting, so to speak, that counters the many micro-settings demanding our attention. Kim is undoubtedly adept at avoiding this trap, but in lesser hands the model he espouses could result in sermons hopelessly entangled in the netting of competing audiences, whether real or imaginary.

The preaching that has the most influence . . . paints in wide arcs—it showcases the Big Story to those trudging the trenches of hostile secularism and its increasingly fractured stories.

I write all this as an Australian speaking into the American context about an American book. Australia is behind in many ways, except for this: the hard secularism heading toward the States has been our experience for decades. The preaching that has the most influence in the Australian church paints in wide arcs—it showcases the Big Story to those trudging the trenches of hostile secularism and its increasingly fractured stories.

The true cultural chasm isn’t between those who sit beside each other in the pews. If you’re there on a Sunday morning at 10 a.m. on a regular basis to worship together with God’s people, then the biggest cultural divide in the West has already been crossed, no matter the gender or race of the person you’re seated next to. The yawning gap isn’t between the preacher and the hearer, but the Christian community and a culture that beckons our people with surprisingly unifying alternate visions of the good life, which promise much but deliver little.

Steve McAlpine is a pastor of Providence Church in Western Australia, is married to Jill, and together they have two children, Sophie and Declan. Steve grew up in Northern Ireland, but apart from rolling his “r’s” and talking too fast, is a West Aussie through and through. He has degrees in journalism and theology and enjoys combining the two through writing and blogging, especially on matters of church planting and cultural negotiation for Christians in the increasingly complex West. You can follow him on Twitter.