“‘Where is God?’ is one of the most consequential questions of our times,” Diana Butler Bass writes in her new book, Grounded: Finding God in the World—A Spiritual Revolution. Bass, a prolific writer, speaker, and independent scholar, has for many years provided invaluable insight on trends and patterns in American religion. Her work takes a more prescriptive and autobiographical turn in this latest volume.

The title reflects the increasing number of Americans leaving behind the otherworldly abstractions of organized religion in favor of more tangible connections of meaning in the world around them.

Whereas many commentators see this flight from organized religion as a sign of decline, Bass believes it signals something more profound: the rise of a revolutionary way of thinking about and relating to God. As she describes it, this spiritual revolution rejects two key components of traditional religious belief: (1) “vertical theology” that sees God as a distant, transcendent ruler and (2) religious authorities who function as “holy elevators,” mediating the sin-produced gap that exists between God and us.

This new wave of spiritual revolutionaries are “crafting a new theology” (21) of a God found in the world and are engaging with the divine in profoundly “personal, mystical, immediate, and intimate” ways (9). Essentially, the revolution marks a shift away from doctrines and institutions toward unmediated divine experiences found in nature and human relationships (15).

In part one of the book, Bass explores how people connect with God through the natural habitat: dirt, water, and sky. Because “the universe is God’s body” (52), it’s filled with “icons of earthy sacredness” (121) enabling us to find God in nature. We can then connect with God by participating in, marveling at, and caring for the natural world.

In part two, Bass invites readers to join the spiritual revolution in practical ways. By exploring our family roots, we uncover our common humanity and develop the self-knowledge that leads to God (161). Through the art of homemaking, we receive spiritual training for living in our “world house” and learn, ultimately, God is our home (183). As we learn better ways to love and live with our neighbors (both local and global) and “practice neighborly relations as the locus of divine love, we encounter the God who dwells nigh” (229). By developing shared spaces or “commons” and practicing compassion, we begin to see that nature, God, and human beings dwell in reciprocal relationships with each other.

In the final chapter, “Revelation,” Bass casts a vision in which her primary concern isn’t a heavenly afterlife but paradise here and now—life abundant for all of humanity. She presents a “God who knows no religious or theological boundaries” (275) and who doesn’t judge people as sinners but unconditionally welcomes everyone—and everything—into a “sacred cosmopolitanism.” 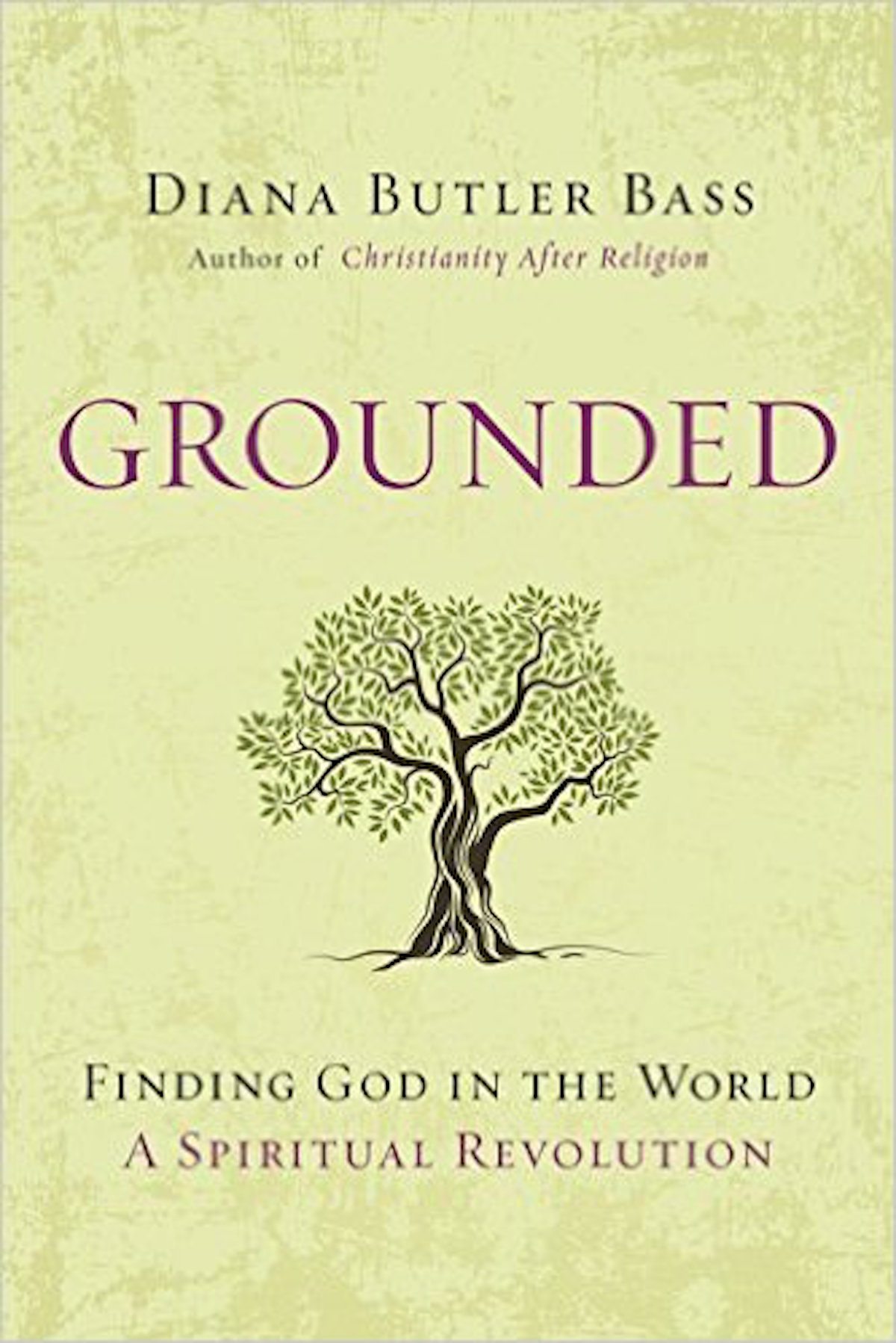 I was thrilled when I first discovered Grounded since I share a number of the passions and concerns Bass exhibits. But as I journeyed through the book, my excitement steadily waned.

Bass makes many important points about the failures of organized religion that ought to be taken seriously. For instance, she casts needed light on American Christianity’s overemphasis on rationalism to the neglect of personal experience. She also rightfully condemns wanton neglect of creation: “The environmental crisis . . . is a moral and ethical one as well” (46). I similarly applaud her willingness to denounce the tribalism, nationalism, and jingoism that too often characterize American religious groups.

While addressing these and other important issues, however, Bass swings the pendulum too far. In many places, her views fall outside of historic Christianity. For example, she relativizes the concept of sin, dismisses our need of personal salvation (122, 275), and doesn’t like teachings that “emphasize salvation through blood” (23). She claims to be agnostic about the possibility of an afterlife (62) but insists warning people of hell is “nonsense” (279), describes heaven as a way of living on earth now (274), and seems to deny bodily resurrection (160). She also insists fellowship with/in God isn’t associated with any specific set of beliefs, but is open to all persons and things (272).

In other places her ambiguity makes it difficult to determine her views at all. Most significantly, despite carefully reading the book twice, I still have no idea who or what Bass even means by “God.” She alternates between gender-neutral pronouns and impersonal pronouns (e.g., “that”) and often describes God in ambiguous terms (3, 8, 71, 279). Noticeably absent is the distinctly Christian view of God as Trinity. Instead, she makes much of Paul Tillich’s panentheistic concept of God as “The Ground of all Being,” which she describes in an interview as the “deep theological idea that permeates the book.”

Along with the above concerns, the premise of Grounded is difficult to accept at face value since Bass omits key information, thereby spinning the analysis in her favor. For instance, she regularly presents caricatures of “conventional theology” (e.g., 8) without quoting religious leaders, creeds, or anything that would justify such hyperbolic descriptions. Such straw-men arguments amount to sarcastic dismissal rather than sincere dialogue. Additionally, when explaining the reason behind the rise of religiously unaffiliated Americans, Bass relies on a study by Michael Hout, Claude Fischer, and Mark Chaves, which concludes: “Their quarrel appears to be with organized religion” (20). Bass adds her own opinion that it’s the “distant institutions and distant Gods” of organized religion that are turning people away (21).

But Bass omits a clear distinction made in the study: religious affiliation is declining rapidly among political liberals while very little decline is taking place among political conservatives. In a more exhaustive follow-up study, Hout and Fischer explain that liberal politics in general aren’t to blame but the “politics of personal morality” in particular. “The conflict over the limits of choice and the relevance of traditional authority,” they conclude, “stand at the root of declining religious affiliation.”

In other words, the revolution taking place is primarily a moral one in which people who adopt liberal views of morality find themselves at odds with traditional views of God. When forced with the decision to amend their morals or amend their beliefs, these revolutionaries choose the latter.

The revolution amounts to what scientists call a “paradigm shift.” But unlike scientific shifts, this one isn’t driven by new discoveries but by modern philosophies. Departing from historic Christianity, Bass has imbibed the modern ethos of relativistic self-actualization. In an interview she describes the process as “constructing our own spiritual playlist”; we don’t follow entire belief systems but only pick those beliefs meaningful to us.

After reading Grounded, I’m more convinced than ever that Christians don’t need to construct new doctrines but abide by ancient ones. The historic faith contains all the resources we need to learn how to live rightly with the world and with one another—provided we humble ourselves and align ourselves with Scripture’s teaching. In other words, the answer isn’t revolution—it’s reformation.

Although Bass makes some insightful and important critiques, she bases her solutions on theological and philosophical premises Christians cannot accept. She also provides few sound answers while raising many startling questions. Because her views would do more harm than good, I cannot recommend Grounded to any Christian except those doing comparative research on the themes covered.

For Christians who want to explore the themes of Grounded in ways that are more faithful to Christian tradition, Craig Bartholomew’s Where Mortals Dwell [TGC review] or J. Richard Middleton’s A New Heaven and a New Earth [Themelios review] are better places to begin.