Back in the 1990s when I became a Christian, “witnessing” was one of the first specifically Christian activities in which I was encouraged to engage. Contrary to my assumptions, it turned out this didn’t have anything to do with courtrooms. It meant telling people what I knew about Jesus.

At that point in my life, my grasp of what we Christians believed was admittedly tenuous. But that didn’t stop my evangelistic attempts. Clammy hands, dry mouth, racing heart, stumbling tongue—these were the telltale signs of an impending opportunity to share the gospel. Truth be told, I was never a particularly effective evangelist, though I took a lot of swings.

My sense, which is confirmed in various studies by Lifeway and Barna, is that despite their name Western evangelicals are doing this sort of thing less often than they used to. So perhaps the most bracing insight of David Gustafson’s Gospel Witness Through the Ages: A History of Evangelism is simply his emphasis on the central role evangelism has played in the history of the church. 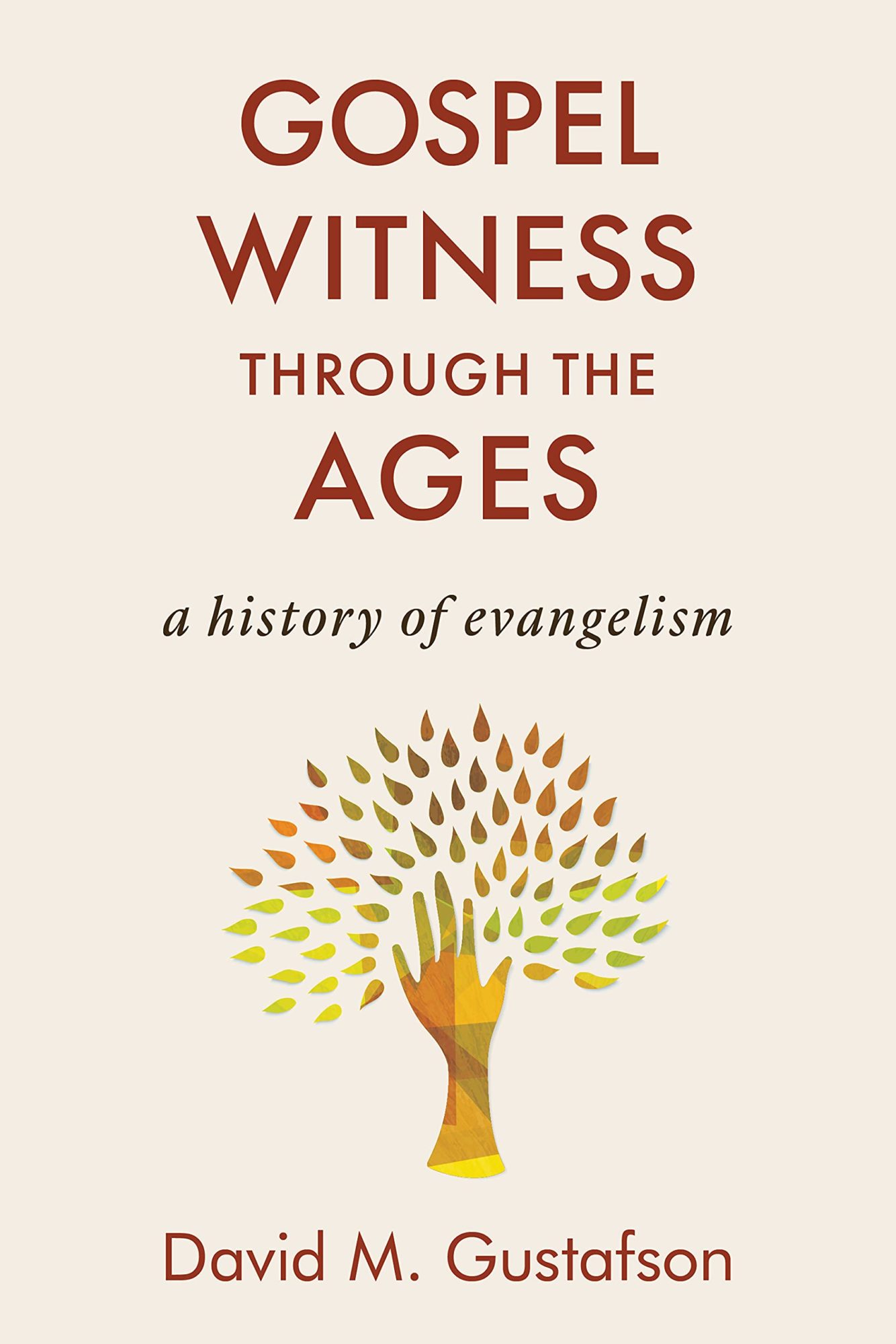 Gospel Witness through the Ages: A History of Evangelism

Gospel Witness through the Ages: A History of Evangelism

Christians have been sharing the good news of Jesus Christ with nonbelievers for two thousand years. Within this deep history is wisdom for today—including numerous models for understanding what evangelism is and how it should be done.

In Gospel Witness through the Ages, David Gustafson introduces readers to evangelism’s noteworthy persons, movements, and methods from the entire scope of church history—including both examples to emulate and examples to avoid. With this thorough historical approach, Gustafson expands the reader’s conception of the evangelistic task and suggests new ways to shape our identity as gospel witnesses today through the influence of these earlier generations of Christians.

Readers meet Roman martyrs evangelizing with their testimony and their blood, Irish monks spreading the gospel through medieval monastic communities, reformers using catechisms, and televangelists projecting their words into living rooms. This suggests that if evangelism is essential, it nevertheless happens in a variety of ways that have evolved over time depending on context.

Written primarily for an audience of present and future church leaders (viii, 12), Gospel Witness sets out to tell a big story—so it’s a big book. Information is primarily organized chronologically. The major focus (despite a chapter on “Global Indigenous Evangelism” in the 19th and 20th centuries) is the storyline of church history that’s typically taught in Western seminaries.

Gustafson follows the movement of the gospel from the Levant in the first century to the Mediterranean world, then into Europe and from there to the Americas (and especially the future United States) with occasional forays into the wider world. Gustafson’s approach is to travel across this timeline by focusing primarily on individuals. And while we get most of the big names here, he works hard to highlight many lesser-known figures as well (15–16).

More to the Story

In part because of its emphasis on individuals and its traditional storyline, this isn’t an exhaustive history of evangelism. In and of itself, that’s not a problem. But it does lead to some unevenness. The author seems most comfortable with the history of evangelism in America, so that’s the part of the story told with the greatest nuance and detail. Other parts are recounted in broader strokes, and other parts have been left out altogether.

For example, other than a brief mention, we don’t get any sense of the scope of early and medieval evangelistic efforts to take the gospel into the Persian Empire or along the Silk Road, let alone the remarkable evidence of Christianity in seventh- and eighth-century China. In fact, by the time the book gets to the Middle Ages, the Eastern Church quickly fades into the shadows. So does the Roman Catholic Church after the Reformation (except at unexpected moments, like when Fulton J. Sheen shows up in the chapter on “Social Gospel versus Soul-Saving Evangelism” [338–39]).

For its part, evangelism in the Reformation era is largely reduced to “recover[ing] the evangel,” and we get the sense that little positive evangelistic work occurred other than catechizing the baptized (171; cf. 201, 215). But scholars are increasingly recognizing the deep missionary impulses in the Reformation movement—at the levels of both theory and practice. To quote historian Scott Hendrix, “The Reformation as a whole was mission.” And as Charles Parker has shown, in the 17th and 18th centuries, more than a thousand Dutch Reformed ministers and hundreds of lay chaplains spread out across Asia, Africa, and the Americas to convert “pagans,” “Moors,” Jews, and Catholics.

The book suggests that, in that same period, by uniting orthodoxy with orthopraxy, Pietists saved Protestantism from becoming a “purely intellectual pursuit” of theologizing (208). Gustafson’s characterization would surely surprise English Puritans, Dutch theologians of the Further Reformation, and Protestant scholastic authors like Petrus van Mastricht. These movements and theologians labored for and were characterized by a desire to wed piety and theology to the glory of God for the good of the church.

Christ’s Promise to His Church

Any book that endeavors to survey a huge amount of material over a broad span of time opens itself up to criticism; no historian can be a master of every era and place. So, while there’s room to criticize Gustafson’s method and analysis, it’s appropriate to acknowledge the positive contribution of his work.

These movements and theologians labored for and were characterized by a desire to wed piety and theology to the glory of God for the good of the church.

In short, Gospel Witness Through the Ages serves the church by reminding us that Christ is faithful to his promise to be with his people always (Matt. 28:20). Over the last 2,000 years, the good news of our Lord’s victory has spread across the globe. And as the church continues to proclaim the gospel in the power of the Holy Spirit, we have full confidence that he will bless our efforts until Christ’s return.

Contemporary Christians hesitant to engage in evangelism should remember that promise while also remembering that in our “witnessing” we join the work of our brothers and sisters across the ages and around the world. Church history is the wonderful story of the gospel advancing by the power of the Spirit as we bear witness to the work of God through his Son for our sake.

Patrick J. O’Banion (PhD, Saint Louis University) is a historian, translator, and author of several books, most recently Girolamo Zanchi’s The Spiritual Marriage between Christ and His Church and Every One of the Faithful (Reformation Heritage Books, 2021). He teaches with Training Leaders International.