Poverty. Sex trafficking. Gay marriage. Environmentalism. Education reform. These are just some of the causes that vie for our attention as Christians today. Add evangelism, worship, discipleship, and global missions into the mix and we have a bewildering list of things we should “be about” because, of course, Jesus would be about these things.

Meanwhile, others have rightly wondered whether we aren’t losing our distinctive Christian identity and calling amid this well-intentioned activism. Are we forfeiting our collective soul, as it were, in order to gain the world?

These important questions warrant careful thought about the nature and extent of Christian cultural engagement today. And there may be no better guide than Abraham Kuyper, the 19th-century Dutch theologian, statesman, journalist, political organizer, pastor, and entrepreneur. Until more recently, Kuyper’s works haven’t been widely accessible to an English-speaking audience (except perhaps his Lectures on Calvinism). And if his works have been hard to find, an introduction to the man and his context has been virtually nonexistent.

James Bratt’s eminently readable Abraham Kuyper: Modern Calvinist, Christian Democrat is the first full-length biography of Kuyper in English—and it couldn’t have come at a better time. Here is a work of great scholarly precision that speaks with relevance to the pressing questions of our day. Whether you’re a scholar, a pastor, a Christian, or just someone who cares about your culture, you’ll quickly learn from this book that you have much to learn from this life.

The Kuyper we meet in the pages of this biography is a man who wrestles intensely with God. From the moment of his conversions (Bratt recounts two), Kuyper grapples with the God who saves us by sovereign grace and reigns supremely over all of creation. When Kuyper is refracted through this dual lens, his life and thought come into focus. Bratt’s story shows us what happens when a warm, personal experience of God’s grace goes public and begins to reimagine every square inch of life as the locus of God’s reign. It is about a man who “unite[d] the warm heart at which evangelicalism excels with the furnished mind that public engagement requires” (380). It is this story that Bratt, an award-winning professor of history at Calvin College in Grand Rapids, Michigan, so masterfully tells—from the context that shaped Kuyper’s thought to the remarkable (and remarkably flawed) life he led. 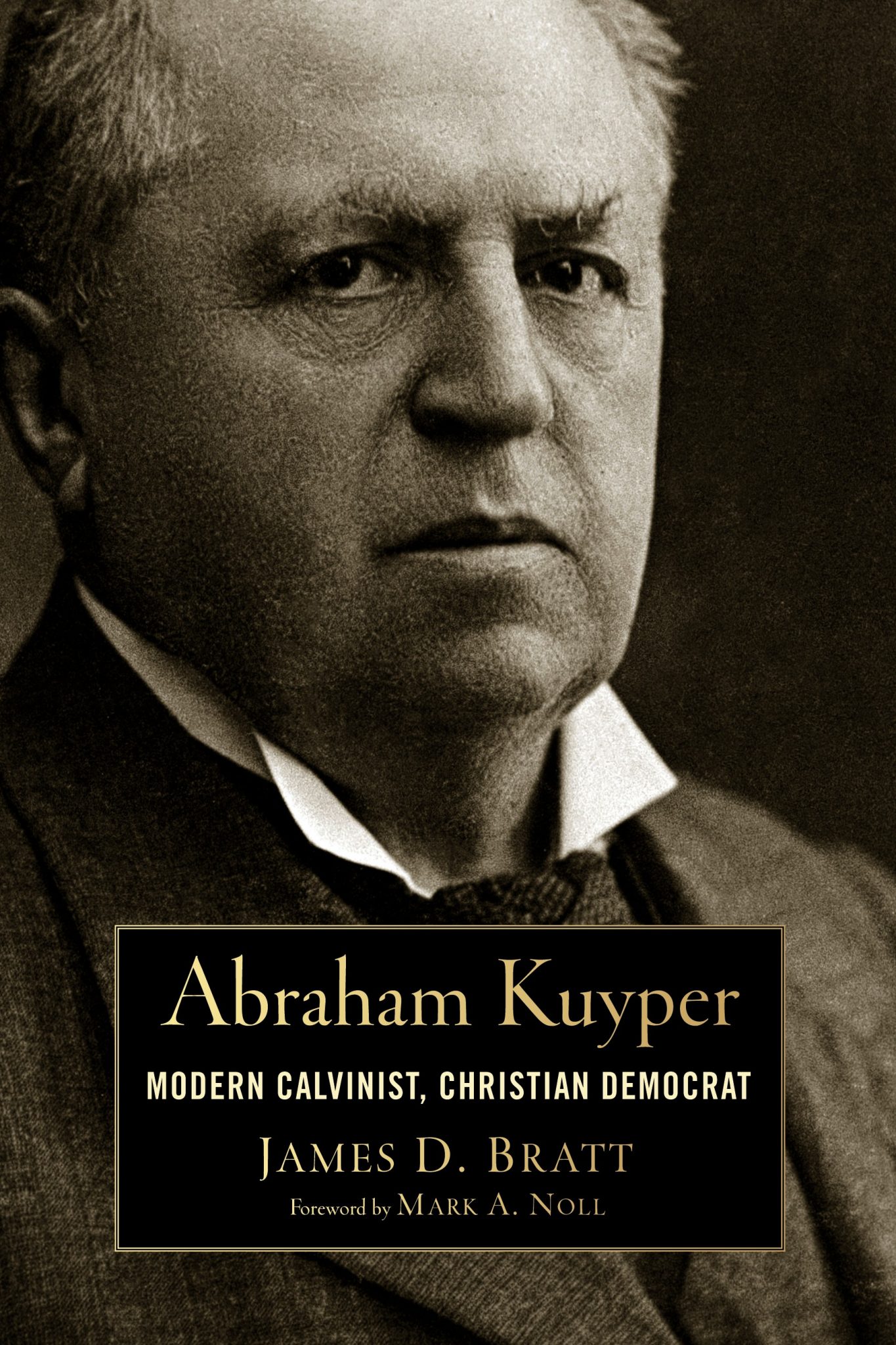 With regard to Kuyper’s theology, four concepts are recognized as composing his enduring contribution: worldview, common grace, sphere sovereignty, and the antithesis. While space doesn’t permit a fuller explanation of each insight1, it’s instructive to consider how each grows organically out of a deeply personal faith going public.

Theology, for Kuyper, could never be a mere set of private beliefs. Instead, when theology begins to function rightly, it becomes the interpretive framework with which one views and makes sense of all reality. When theology comes alive, in other words, it becomes a worldview. One ceases to merely look at theology; instead one begins to look through theology at all of life. Worldview is theology gone public.

And as Kuyper looks at life in his pluralistic society, one of the first challenges he faces is accounting for the “virtue of the heathen.” How is it that “unbelievers who dwell in our midst often outdo many a child of Christ in their quiet, serious devotion to duty” (198)? Further, how is it that non-Christian cultures and institutions can produce genuine good? His answer: God’s common grace in the work of the Holy Spirit in all of creation. Here was a pneumatology going public.2

But Kuyper did his most fruitful thinking in the realm of God’s creational order, particularly with the notion of “sphere sovereignty.” Kuyper held that God ordered creation to function in distinct spheres, each having its own internal order and dynamism to be unfolded under human cultivation as an expression of God’s sovereign reign. Kuyper insisted this meant God alone is absolutely sovereign over every sphere of life, and no human ruler or institution can claim this absolute sovereignty. Work within each sphere, then, must be done coram Deo—directly before the face of God. The spheres must remain distinct, free, and directly under God’s sovereign rule for their dynamic order to unfold “to the flourishing of humanity and the glory of God” (130). Here is the belief in God’s absolute sovereignty going public, applied to all spheres of life.

But there is a final piece of Kuyper’s theology that often goes unmentioned in many of today’s conversations around cultural engagement: the antithesis. For Kuyper, Christian conversion is so radical that it constitutes nothing less than a complete re-creation of the entire person and a radically distinct starting point for all knowledge. What is more, this new birth is the beginning of an entirely new humanity and also entails the new birth of all creation. Thus, Christian witness requires a demonstrable antithesis to the world. To lose this distinctiveness would be, for Kuyper, to deny the radical nature of both sin and regeneration. The antithesis, then, is what the new birth looks like when it goes public.

If Kuyper’s theology drives us to a vigorous cultural engagement, his life shows us its dangers. For what we get in Bratt’s biography is not just a backdrop for a system of ideas; we get Kuyper himself, achievements and flaws alike. And it’s Kuyper in his distinctly human moments that we learn, not just about theology going public, but about the dangers that arise when sinners go public—dangers we still face today. Let’s consider just three.

The first danger we encounter is ambition. Kuyper was once warned by a friend that “the devil of ambition is sometimes too strong for you” (62). Indeed, his ambition would lead to innumerable illnesses, several strained relationships, and two nervous breakdowns. For a man whose theology insisted on a sovereign God who “brooked no rivals,” Kuyper constantly struggled to embrace his own limitations. Tellingly, Bratt states that Kuyper’s theology of Christian engagement left him with a critical question: “What should he not do?” (59). If Kuyper’s ambition alchemized with his theology to create a man obsessed with changing a nation, what will happen if an entire generation’s activism alchemizes with this same theology? The shadow-side of a Kuyperian transformationalism is often not-so-subtle ambitious triumphalism.

A second danger is regret. In a deeply personal section, Bratt brings to life correspondences Kuyper had with his second son, Jan Frederik. Of all his children, “Freddy” would put “maximum distance between himself and his father” (358), including his father’s faith. Freddy would write: “I appreciate it that you . . . asked about the state of my soul. I feel that you as a Christian must be unhappy about it. . . . [Yet] dear father, it is my settled conviction.” Kuyper would lament “[H]is soul sleeps . . . in Theosophical dreams,” “here I stand powerless,” “I keep praying.” Had he lived out the wrong answer to the “What should he not do?” question?

The final danger is the inevitability of blind spots. For Kuyper, the blind spot was a tragic and undeniable racism. Bratt states Kuyper’s views were “one with racist thinking everywhere.” In South Africa, his “sympathies for the poor and weak went here to the Boers over against the British but not to the native population, which he derogated as perpetually childlike, ‘an inferior race’” (293). In fact, Kuyper’s theology would “prove transportable across a racist grid” and be used to erect the apartheid regime of South Africa. Here, then, is a cautionary tale we ignore to our peril. For all our passion for what we think is obviously good, we must remember that we, too, are working with blind spots that one day will also be regarded as tragic. And it is this realization any Kuyperian (I count myself one) must bear deeply in mind as we seek to serve God across every square inch of his creation.

Each of the lessons described above is a critical one for our time. But perhaps the best lesson we can learn from Kuyper is a posture toward cultural renewal that integrates them all. In one of his letters, C. S. Lewis quotes a line from his friend J. R. R. Tolkien that captures this posture well: “Deeds were done that were not wholly in vain.”3 With that posture, we not only preserve our souls, but we watch in awe as God gains the whole world for himself. Even using some of our deeds along the way.

1 Richard Mouw’s Abraham Kuyper: A Short and Personal Introduction is a wonderful introduction to these and many other key aspects of Kuyper’s theology.

2 For further reading on Kuyper’s theology of the Holy Spirit as it pertains to his public thought, see Vincent Bacote’s excellent treatment in his The Spirit in Public Theology.

​Abraham Cho is the senior pastor of Redeemer Presbyterian Church East Side in New York City. He lives in Manhattan with his wife and four children.