Years ago, while living as a gay man (before my radical conversion to Christianity), I briefly dated an exceptionally talented and prolific Hollywood producer. He recently made a deal with a major Hollywood studio worth an extraordinary amount of money. When asked by a journalist what he planned on doing with all that money, he responded that he would use it to promote LGBTQ heroes and heroines. His efforts will, of course, further blind and confuse not only the general public, but also the church on one of the most challenging issues of our time. And that’s just one person.

Rachel Gilson, however, will not be one of the heroines he champions.

In her debut book, Born Again This Way: Coming Out, Coming to Faith, and What Comes Next, Gilson explores the culturally contentious subject of homosexuality through a Christian lens. Given the excessive numbers of stories that embrace and celebrate homosexuality, Gilson’s story occupies an important place, offering clear truths in a confused world. 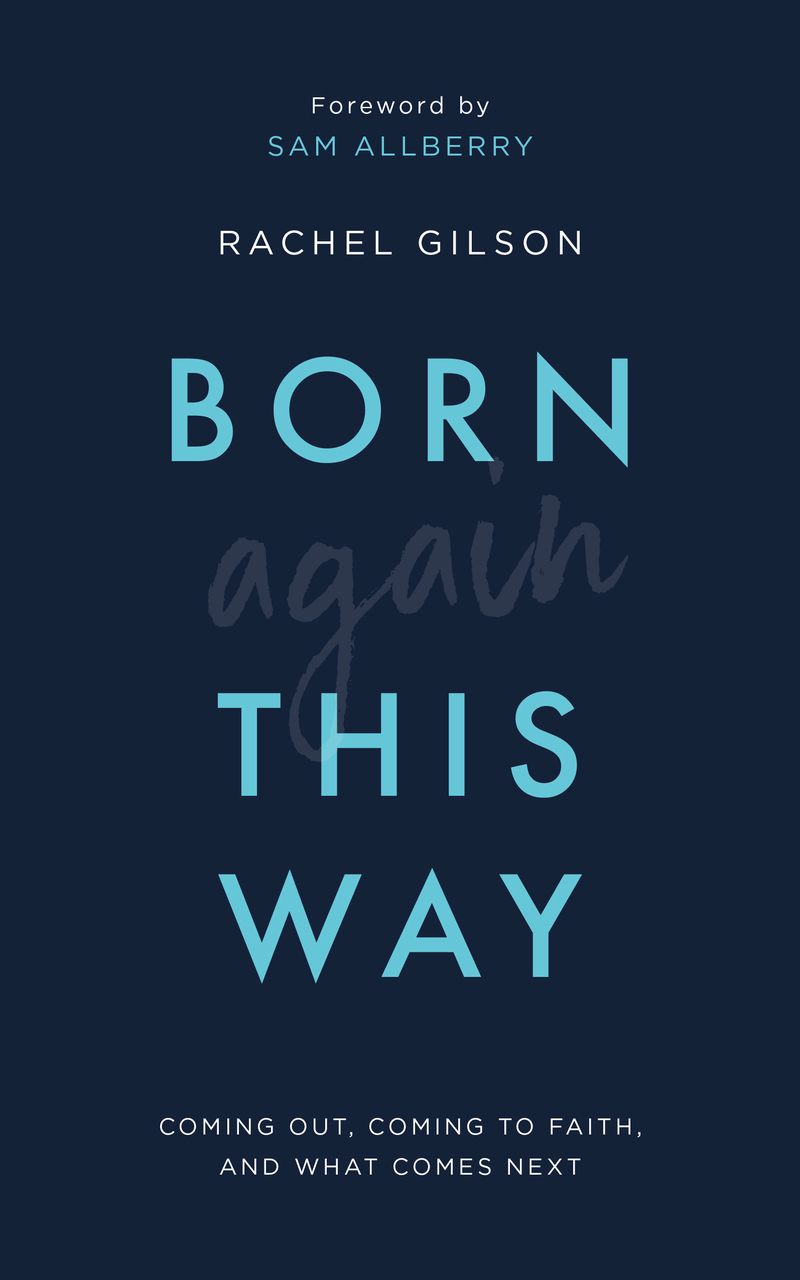 In this powerful and personal book, author Rachel Gilson describes her own unexpected journey of coming out and coming to faith . . . and what came next. As she does so, she addresses many of the questions that Christians living with same-sex attraction are wrestling with: Am I consigned to a life of loneliness? How do I navigate my friendships? Will my desires ever change? Is there some greater purpose to all this?

Drawing on insights from the Bible and the experiences of others, Born Again This Way provides assurance and encouragement for Christians with same-sex attraction, and paints a compelling picture of discipleship for every believer.

Gilson’s story runs counter to the dominant cultural narrative that homosexual behavior is righteous and good. As someone who experiences same-sex attraction, she fell into a romantic relationship with another girl while in high school. At the time, she thought Christianity was stupid and cruel. After all, didn’t Christians hate gay people?

Things shifted dramatically during her freshman year at Yale, though, when that relationship abruptly ended and left Gilson devastated. Through an unlikely source—a lecture on René Descartes—Gilson began her search for the truth. While secretly reading a (stolen) copy of C. S. Lewis’s Mere Christianity, she repented and came to Christ. Though her same-sex attraction hasn’t vanished, she believes Jesus is worthy of obedient trust. She’s willing to take up her cross and follow his teaching on sexuality.

Though Gilson’s same-sex attraction hasn’t vanished, she believes Jesus is worthy of obedient trust. She’s willing to take up her cross and follow his teaching on sexuality.

In the first chapter, “Unexpected Birth” (all nine begin with the word “Unexpected”), Gilson uses the story of Eve in the garden, and God’s prohibition regarding that famous tree, to great effect. She helps us understand why she knew immediately at her new birth that homosexual behavior is sinful—even though this prohibition seems arbitrary or unfair to many today.

Gilson’s honesty about her setbacks and failures will be a balm to weary Christians who fall into sin and are consumed with condemnation. She offers practical advice on sin through an insightful look at James 1:12–18. She stresses the need for Christian community when one falls because, as she puts it, “sin loves to grow in secrecy.” I couldn’t agree more. Whenever I speak at churches or universities, I always encourage believers to share their burdens, especially the burden of same-sex attraction, with a trusted friend or pastor in the church. This is vital. Satan loves to work in the dark because he’s the Prince of Darkness.

Beauty of Singleness . . . and Marriage

While taking a serious look at singleness, Gilson addresses the idolization of marriage in some churches. When a gay person is born again, Scripture doesn’t merely mandate that he replace homosexual desires with heterosexual desires, but that he resist each and every sinful desire. She rejects so-called reparative therapy—which often equates sexual holiness with heterosexuality—as a false gospel, though Gilson herself married a man at a relatively young age.

Gilson brings fresh insight and balance to how we should think about singleness and marriage. She never minimizes the beauty of marriage. In fact, the way she unpacks Ephesians 5:22–33 illustrates its beauty nicely. She also brilliantly connects the mandate of Genesis 1 (“be fruitful and multiply”) both to one’s new birth into the permanent church family and to the ultimate reality of the new heavens and new earth.

Gilson also strikes a deadly blow to revisionist readings of Scripture that claim homosexual behavior is not a sin. She emphasizes the validity of God’s Word over our feelings: “The Bible’s words on life and sexuality have offended every culture in every age, as people have risen up to try to save God from his own bad image.” God doesn’t need saving—we do! She also deftly answers the objection that the Bible’s sexual ethic seems arbitrary and cruel, effectively debunking the “love is love” mantra of our culture.

Gilson does, however, affirm the goodness of same-sex friendship among brothers and sisters in Christ. Friendship is a lifeline to those who struggle with same-sex attraction. She rightly opposes the current trend among some celibate Christians to affirm “romantic” same-sex relationships, which she sees as dangerous. She also opposes believers calling themselves “gay” or “queer” Christians, given the way labels shape our identities.

Gilson writes with straightforward and clear prose, balancing grace and truth. Her clear-eyed, nuanced approach and wise insights will help anyone in the church to see more of the goodness of God in the sexual ethic of Scripture. Born Again This Way will also help ordinary Christians gain a better understanding of this complicated subject.

Ultimately, Gilson’s book is such a blessing, because her story corresponds to every Christian’s story. Our culture defines us by how we’re born; Gilson shows us what really matters is being reborn.

Becket Cook (MA, Talbot School of Theology) is the author of A Change of Affection: A Gay Man’s Incredible Story of Redemption and host of The Becket Cook Show on YouTube.