For about a decade I’ve periodically warned the church to prepare for an America in which same-sex marriage is a legal and cultural reality. For most of that time, people on my side consistently rebuked me. When I’d make the case, a proponent of the biblical definition of marriage would usually tell me not to say such things in public. When I’d point out the cultural and legal trends and where they were leading, my conversation partner would usually agree. The problem wasn’t the truth of what I was saying; it was that I shouldn’t say such things in public. The truth could lead to a sense of “inevitability” that was not good for “our side.”

I’d usually shrug my shoulders and reply that I was interested in preparing the church, to see to it that we didn’t end up with another Roe v. Wade in which the church is caught flatfooted. If that led to an “aura of inevitability,” so be it. The flood in Genesis was inevitable too, and one rarely loses betting against societal repentance in a fallen world.

If we are interested in conserving gospel witness amid cultural changes, we must consider—and prepare people for—the possibility that we might lose.

One key aspect to taking a long view is to ask why it seems the “progressive” side of the culture wars usually wins these debates in the end. That’s the question taken up by Boston University religion scholar Stephen Prothero in his new book, Why Liberals Win the Culture Wars (Even When They Lose Elections): The Battles That Define America from Jefferson’s Heresies to Gay Marriage.

For evangelical Christians, Why Liberals Win the Culture Wars is well worth reading for several reasons. Prothero is a thorough scholar who knows his way around American history and knows how to write provocatively. His book American Jesus demonstrated this skill several years ago, pointing out ways Christ has been viewed (and used) throughout our national history. Prothero’s historical arguments are often insightful, revealing how culture wars are rarely as sudden-appearing as they seem (even to some of the combatants), but are often rooted in the last generation’s quarrels. 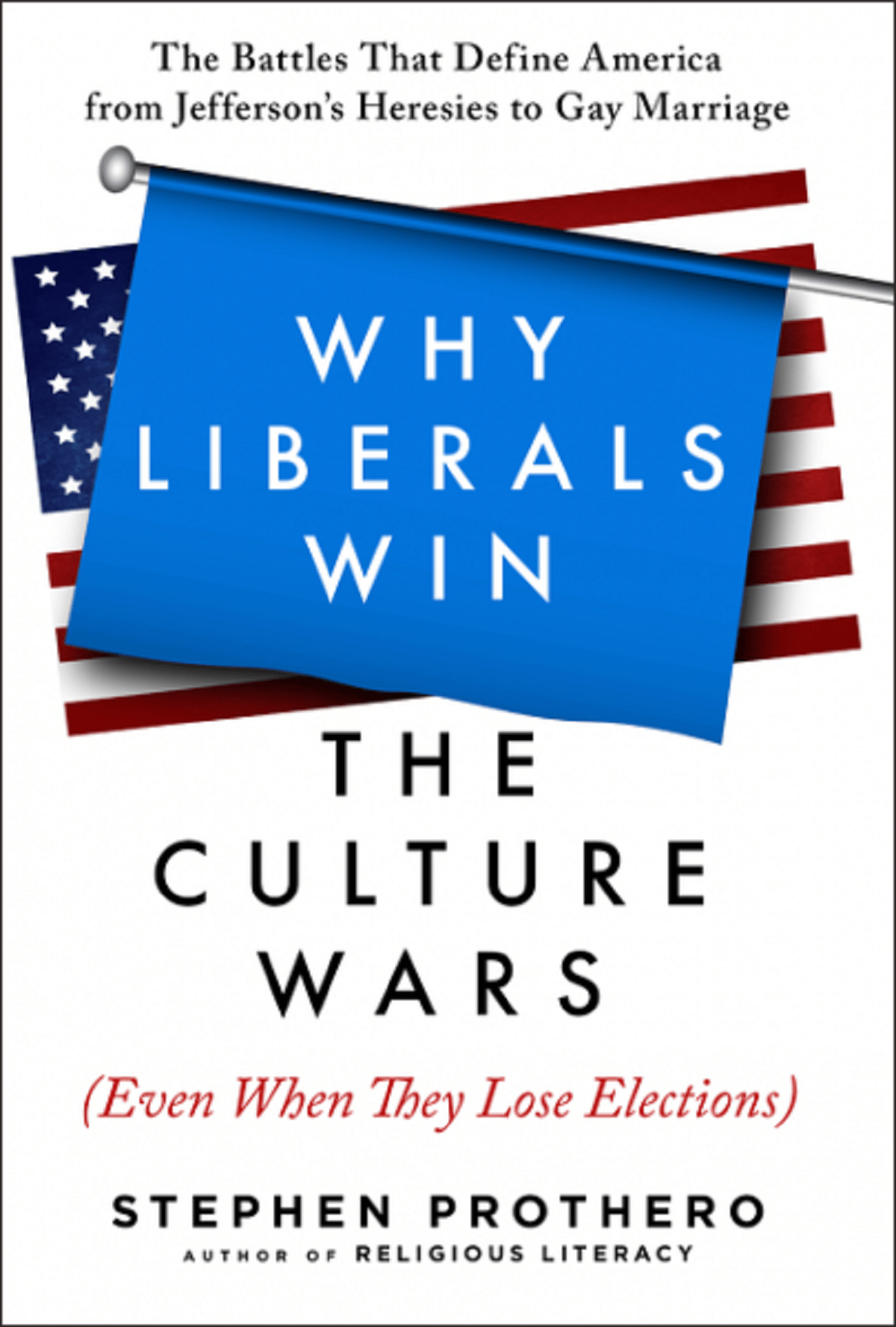 Why Liberals Win the Culture Wars (Even When They Lose Elections): The Battles That Define America from Jefferson's Heresies to Gay Marriage

Why Liberals Win the Culture Wars (Even When They Lose Elections): The Battles That Define America from Jefferson's Heresies to Gay Marriage

However, Why Liberals Win the Culture Wars falters by defining “winning” solely in liberal terms. Conservatism is, by definition, anti-utopian and thus never to be defined in terms of “final victories.” The conservative task is to preserve what’s best from the past, with a healthy skepticism toward progress-for-the-sake-of-progress. (See Edmund Burke’s reflections on the revolution in France or National Review’s inaugural promise to “stand athwart history, yelling ‘Stop!’”) The “gains” of cultural conservatism, then, are never going to be on the same ledger as those of progressivism, since so many of these gains are going to be about impeding the speed with which bad things happen.

The pro-life movement, for instance, isn’t “winning” if “winning” is defined in terms of current Supreme Court case law. It’s a victory, though, that there even is a pro-life movement 40 years after the abortion rights side declared the issue “settled.” Did feminism triumph? In some ways, of course—in ways both good and bad. But does 21st-century American culture look like the world third-wave feminism envisioned? No. Is this because of a cultural conservative defeat of the Equal Rights Amendment, or just because the natural binary of male and female isn’t as socially constructed as the “progressives” imagined? That’s up for debate.

Many issues simply don’t fit the steady march of upward (or downward, depending on one’s point of view) progress described by either Prothero or many social conservatives. The “liberal” view on the death penalty seemed to have “won” in the 1970s, and then support for capital punishment roared back into acceptance on both sides of the Red/Blue divide. Michael Dukakis said he wouldn’t seek the death penalty for his wife’s hypothetical rapist and murderer. Four years later, though, Bill Clinton left the campaign trail to execute a mentally disabled man. Today capital punishment seems to be on shakier popular ground, but a crime wave or terrorist attack could turn that all around again.

Despite Prothero’s historical long view, he falls into the trap of viewing American history anachronistically, often dividing controversies into “conservatives” and “liberals” in ways far from uncontested.

Is anti-Catholicism in American history culturally “conservative”? Many of the most virulent anti-Catholics were indeed on the Right—from the nativists of the Know Nothing Party to the Ku Klux Klan and beyond. But many of the anti-Catholic arguments were what any honest broker would call “progressive”—from supporters of the public school system (and the idea of its near-monopoly on education) to strict separationists on church/state matters.

The same is true with Mormonism. Were the 19th-century arguments over polygamy a matter of conservatism or liberalism? Even with Prothero’s views of liberalism as defined by inclusion of more and more people and an eagerness to embrace new forms of culture, the question is far from certain. It depends on whether you view polygamy as a matter of sexual freedom or of oppression of women, whether you see plural marriage as part of free exercise of religious freedom more important than conforming to generically Protestant views of the civil order. Was Mormonism often attacked politically from the Right? Certainly. But the mainstreaming of the Latter-Day Saints can hardly be considered a “progressive” victory given the cultural conservatism of the religion as well as the way it’s virulently lampooned in “progressive” popular culture. Watch a showing of The Book of Mormon on Broadway for a sample of this treatment.

Prohibition, for another example, is treated as a “conservative” culture war, defeated by “liberals.” Prohibition was argued, though, on “progressive” grounds—as a means of protecting women and children from a predatory alcohol industry that resulted in social injustice and poverty. The undoing of Prohibition wasn’t the result of openness to “new forms” and inclusion but because alcohol had a long-established history in America that couldn’t be socially engineered out of existence. The repeal of Prohibition was as much about the limits of government-driven progress as anything, and thus arguably as much of a “conservative” win as a “progressive” one.

If “liberalism” equals historical development of any kind, and if the “winning side” is therefore always “liberal,” then, yes, of course, liberals always win.