When I was a boy in the 1960s and ’70s I sometimes rode to church with my paternal grandparents. My grandfather, born in 1901, was a stockman trained by his maternal grandfather. He raised cattle, pigs, and sheep in Southwest Missouri. Even then, small farms and diversification were becoming rare. My grandfather was among the last of the local shepherds. By the time he had to quit, the closest sheep market was four hours away.

Once when we were on the way home after a sermon on Jesus as shepherd, I asked my grandfather for an assessment. He replied, “Our pastor is a good man. But he knows little about sheep.” Surely he could have added, “Or shepherds.”

Hopefully, most ministers know the word “pastor” basically means “shepherd.” They will have keen interest, then, in learning more about their vocation’s governing metaphor so they can grow into it. They will need to know more about sheep, shepherding, and land in ancient and modern times. So they could well use a shepherd’s guidance.

Way of the Shepherd

James Rebanks, who lives in northern England, offers such help in his book The Shepherd’s Life: Modern Dispatches from an Ancient Landscape. He details the shepherd’s work through the year’s seasons. While doing so he discusses several vital matters: the shifting fortunes of rural people, the often uneasy partnership between conservationists wishing land to be museums and farmers seeking responsible land use, and the difficulty of preserving proven ways while adapting to cultural-economic change. He also has a lot to say about dealing with people.

To be clear, Rebanks doesn’t write as a “Christian shepherd.” He provides no direct analogies between his life and a pastor’s. He highlights the millennia-old roots of his work in his place, but he doesn’t trace the shepherd metaphor to the ancient Near East, as Timothy Laniak has done in Shepherds after My Own Heart: Pastoral Traditions and Leadership in the Bible.

Rather, as Rebanks tells the story of his family and farm, he stresses the need to “open our eyes and see the forgotten people who live in our midst, whose lives are deeply traditional and rooted in the distant past” (11)—people from whom there’s much to learn. He emphasizes the interconnectedness of work, memory, mentoring, sharing labor, and building a strong flock over many lifetimes (39–40). He underscores the good sense of “returning to a system with minimal external inputs and expenditures because it helps us escape from the spiraling costs that are killing small farms like ours. And because we have slowly learnt that the traditional ways still work” (52). He recognizes the essential contribution of previous generations (53).

Rebanks also challenges the notion that bigger is always better and more affordable, explodes romantic notions about farm life (69, 77–78, 179–82), and admits farmers have often been shortsighted in rubbishing education (84, 150–52). Yet he also rightly rejects the notion that education alone makes a person interesting and worthwhile (162).

By shaping the book according to the year’s seasons, he reminds readers of earth’s beautiful and frightening rhythms. His clear prose often features salty language—not all of it necessary, yet always authentic to the speaker. 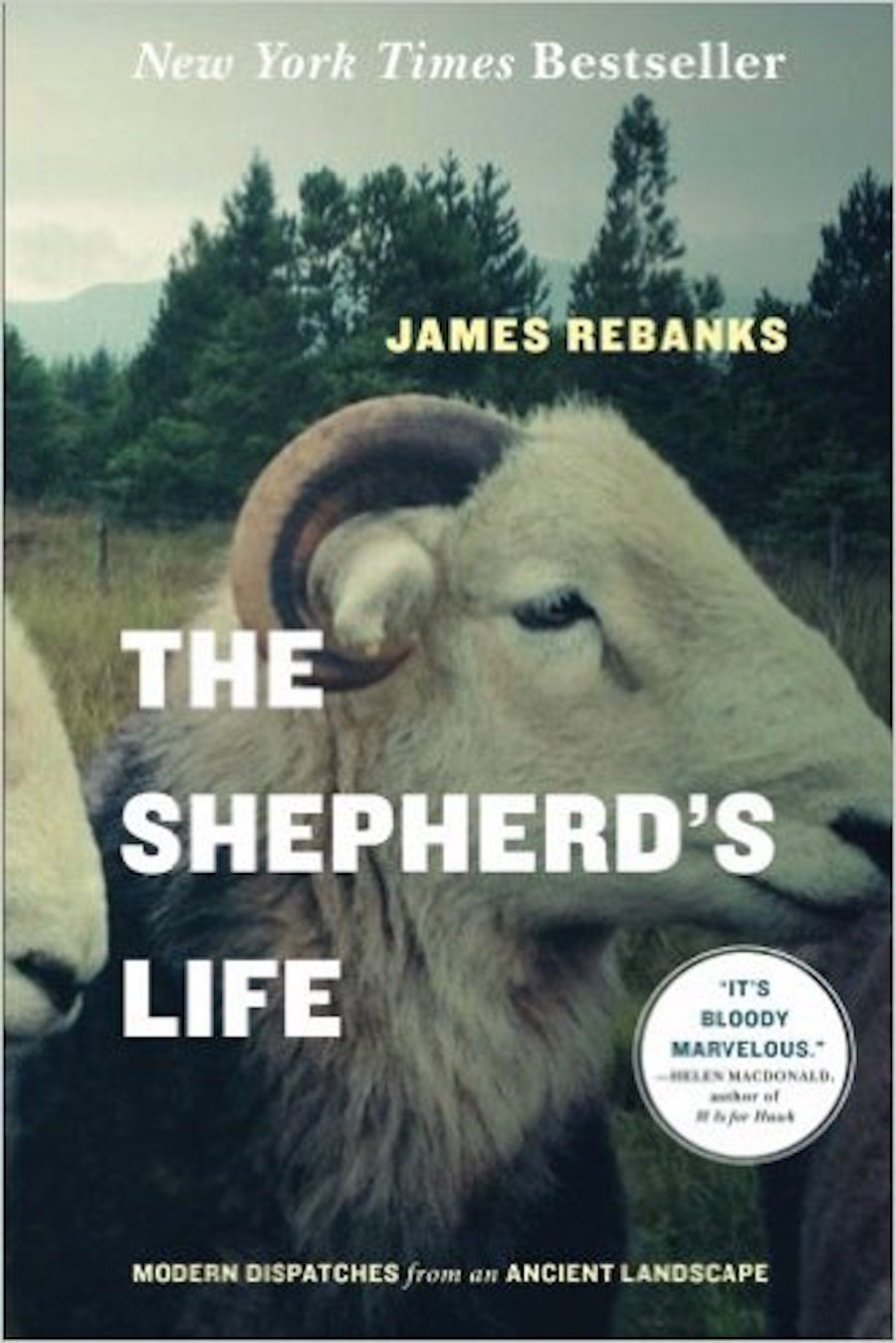 The Shepherd's Life: Modern Dispatches from an Ancient Landscape

The Shepherd's Life: Modern Dispatches from an Ancient Landscape

All these points will inform thoughtful readers seeking viable alternatives to an industrial-technological-marketing impersonal culture. Rebanks doesn’t traffic in nostalgia. Like American authors Wendell Berry, Gene Logsdon, Fred Kirschman, and Wes Jackson, to name a few, he writes realistically and reasonably about choosing a way of life. He too doesn’t believe in “inevitable” social trends. Yet there’s more here for pastors. Rebanks rehearses certain truths that make the shepherd metaphor spring to life.

First, shepherds must know their sheep.

To discern how to build a healthy flock, they must learn the many varieties of breeds in order to know which ones flourish in high, low, or mid-lands. They must grasp what sheep need in every season of every year of their lives, all the while being humble enough to realize “how little you know and how many things you’ve been wrong about” (115). They must recognize that their job is to build a great, healthy flock, and that “a great flock has a particular style and character that reflects hundreds of judgments . . . going back decades or centuries” (117–18). As times change, shepherds must choose to maintain old patterns or change their approach (118). Regardless, shepherding requires “breathtaking” commitment (118). My father recently told me my grandfather was a good overall stockman, yet was best with sheep since he remembered from year to year what each individual one needed in light of the whole flock.

Second, shepherds must know their places, lands, and communities.

Terrain shapes sheep and shepherds. What works in one place will not work in another. Land provides resources, so caring for it means life. Shepherds must cultivate resources like hay for the flock to have enough to eat. They must work hard to have what’s necessary to feed the flock. Land also requires care: proper drainage, appropriate grazing, and periodic rest. Different breeds of sheep thrive in different places. Shepherds who don’t differentiate between one place and another likely harm the flock.

Spouses (218–19) and children (221–23) share the work. Neighbors help gather flocks (19–21). Community traditions matter (276). Shepherds need other shepherds’ memories and advice. The work is too hard and lonely to do alone.

No, Rebanks doesn’t write specifically for pastors. But pastors can learn much about what being a pastor means by reading The Shepherd’s Life (or its beautifully illustrated shorter version, The Shepherd’s View). When the next well-meaning (and likely irrelevant) book on “Christian leadership” based on industrial models has passed from the scene, the shepherd metaphor will endure, for it’s biblical. The question is whether pastors will grow into it, whether they will learn more about sheep—and shepherds.

Paul House has been a professor of divinity at Beeson Divinity School in Birmingham, Alabama, since 2004. Previously, he taught at Taylor University, The Southern Baptist Theological Seminary, and Wheaton College. House is the author or editor of 15 books, including The Unity of the Twelve, Old Testament Survey, Old Testament Theology, Lamentations, and Bonhoeffer’s Seminary Vision. He serves on the steering committee on the Voices in American Culture: Wendell Berry section of the Evangelical Theological Society.