Jeremiah 35 recounts the intriguing story of Jeremiah’s interaction with the Rechabites, a migratory clan who refused to live in cities and drink wine because their father, Jonadab, told them not to. Jeremiah declared that their obedience put to shame Judah’s disobedience to their father, the Lord. The Rechabites looked odd to the world, but they were a living sign of fidelity, and God blessed them.

David Kline is Amish. To casual observers, the Amish seem odd, because they dress in old-fashioned clothes, use old methods of farming and manufacturing, and are very religious. These distinctives arise from their commitment to being community-driven, creation-minded, family-oriented, and self-effacing. They are pacifists (88–89), agrarians, and slow and steady workers.

Kline is well-known in organic farming circles as the editor of Farming Magazine. He has written several books, mainly about cherished places, and he’s a regular speaker at conferences. He lives with his wife, children, grandchildren, friends, and animals in Ohio (xi–xv). He’s a pastor, having been chosen to serve by lot (see Acts 1:24) at age 50 (135–36). And he has now written a book about his experiences titled The Round of a Country Year: A Farmer’s Day Book. 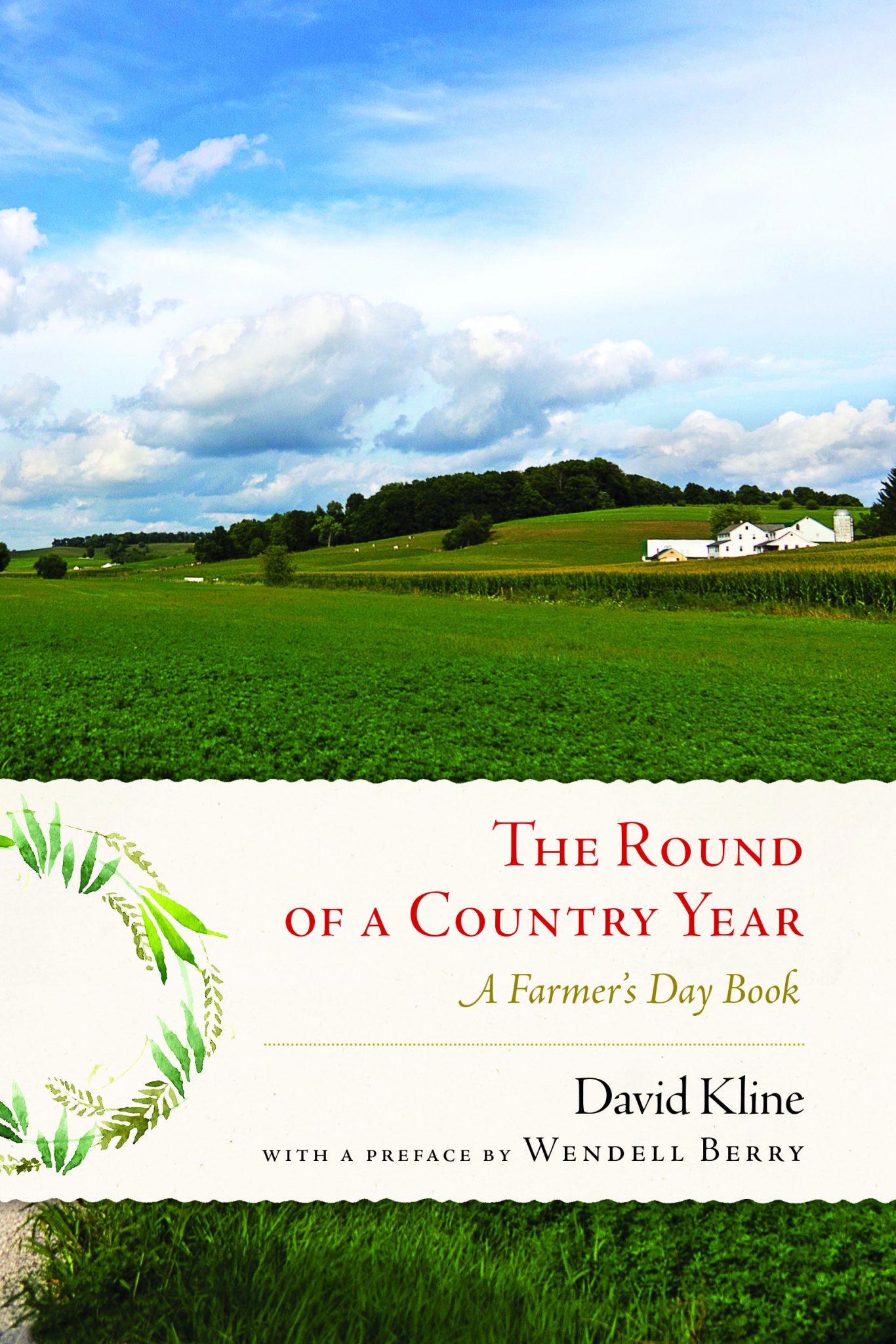 The Round of a Country Year: A Farmer's Day Book

The Round of a Country Year: A Farmer's Day Book

Kline’s book may look disarmingly simple and of little use outside Amish and organic farming circles. But looks, as they say, can be deceiving. His example is vital for everyone, and especially for shepherds of congregations.

There are several reasons why this is so, but I will focus on just three.

It’s not a gift in some abstract way, but through day-to-day reality (see 48–49). Like all other gifts, earth’s Giver ought to be acknowledged and thanked. Further, like all other gifts, creation must be used properly to benefit the recipients and show respect for the Giver.

Though flawed by sin like all other human beings (see 159), Kline and other Amish farmers and manufacturers seek to do good work that uses the gift of a good earth responsibly. This includes keeping past and future generations in mind when taking action (35, 49, 72, 91–92). It also includes seeking to preserve and heal local places through close observation and careful practices (e.g., 78, 158).

2. Kline shows how our values should influence our engagement with the modern world.

Kline is persuaded that commitment to God, community, and self-restraint ought to determine how one views self, money, and technology (92–93). As a Christian, and thus one seeking to die to self, he worries about the attraction of “selfies” and the constant absorption with personal image (152–53).

The Amish don’t have all the answers, but they have some fundamental ones.

Money also shouldn’t rule our decisions; Kline doesn’t determine what to do with his land’s produce simply by what markets might pay for it (12). As Wendell Berry writes in the preface, the Amish’s “complex relation to technological change is determined by their economic life, which is a practice of their religious faith” (xviii). Their faith, he adds, gives them “the genius or the wisdom to ask the absolutely critical question: ‘What will this do to our community?’” (xxi–xxii).

3. Kline exhibits characteristics pastors (and seminary teachers) ought to practice.

Kline integrates faith and life. He pays attention to the subtle shifts in his places and people through the seasons. He knows his neighbors, and he attends to their needs. He learns from his mistakes. He doesn’t make censorious comments about non-Amish people (152–53).

At its best, The Round of a Country Year testifies to essential matters of Christian faith: loving God and neighbor; losing self and being found in Christ; caring for family and friends; serving creation and its inhabitants; deciding to serve God, not money.

Reading Kline has me asking some fundamental pastoral questions, such as how much I know and care about those around me—my wife, neighbors, students, and co-workers. He’s made me think about the necessity of limits, and of asking how decisions affect communities of faith, family, education, commerce, and peacemaking where I live, and thus beyond where I live. The book has reinforced my belief that an industrial, numbers-driven approach to life—including ministry—is unbiblical, and that steady people- and place-focused ministry that stands the test of time is the right way to serve God’s people.

An industrial, numbers-driven approach to life—including ministry—is unbiblical. . . . Steady people- and place-focused ministry that stands the test of time is the right way to serve God’s people.

In short, Kline’s book makes me want to be a more attentive pastor-teacher. It has also led me to pray that my family, church, denomination, university, county, state, and country could see, through the Amish’s example, a better and more loving way.

The Amish don’t have all the answers, but they have some fundamental ones. Perhaps we will see the sign and walk accordingly. Perhaps we can learn to ask, “What will this do to our community?”

Paul House has been a professor of divinity at Beeson Divinity School in Birmingham, Alabama, since 2004. Previously, he taught at Taylor University, The Southern Baptist Theological Seminary, and Wheaton College. House is the author or editor of 15 books, including The Unity of the Twelve, Old Testament Survey, Old Testament Theology, Lamentations, and Bonhoeffer’s Seminary Vision. He serves on the steering committee on the Voices in American Culture: Wendell Berry section of the Evangelical Theological Society.