I was first introduced to Richard Sibbes’s The Bruised Reed in 2005. I’d been slowly but surely coming out of a sustained battle with spiritual depression—a five-year season of intense inward struggle over sin, faith, and assurance—and the light was beginning to dawn. But I was experiencing particularly acute ministerial trials at the time that were threatening to overthrow the progress I’d made. I can’t recall exactly how I was introduced to it, but The Bruised Reed seemed a promising place to turn.

Known for his warm, Christ-centered preaching, Richard Sibbes (1567–1635) published The Bruised Reed in 1630 to help struggling Christians behold their Savior as the tender shepherd he truly is. An uncompromising minister—he was sentenced to banishment for speaking against the doctrinal indifference that had infected the Church of England—Sibbes is best remembered for his little book that draws from Isaiah’s description of the coming Messiah who will not break a bruised reed nor snuff a faintly burning wick (Isa. 42:1–4).

Many Christians have found abiding comfort in Sibbes’s exposition and application of this passage from Isaiah. Richard Baxter (1615–1691) said he found spiritual relief from reading The Bruised Reed. Martyn Lloyd-Jones (1899–1981) tells of a time when, due to exhaustion, he was “subject in an unusual manner to the onslaughts of the Devil” (1972: 175). Lloyd-Jones names The Bruised Reed as the means by which God “soothed, comforted, encouraged, and healed” him (175).

Similar testimonies could be multiplied. And though there has been some recovery of Sibbes’s work among evangelicals, I would—for the comfort and perseverance of Christians the world over—like to see a renewed engagement with this little volume. To whet your spiritual appetite and promote fresh interest in this vital book, here are three truths from The Bruised Reed.

First and probably most important, Sibbes reminds us that spiritual bruising is an essential element of our relationship with Christ—both before and after conversion. If we expect our initial repentance and daily walk with Christ to consist only of pleasant and pain-free experiences, we’ll soon drift off course when we encounter spiritual difficulty. But bruising should not only be expected; it should also be received as a good and fruit-producing work:

This bruising is required before conversion so that the Spirit may make way for himself into the heart by leveling all proud, high thoughts, and that we may understand ourselves to be what indeed we are by nature. . . . [T]his bruising makes us set a high price on Christ. . . . And it makes us more thankful, and, from thankfulness, more fruitful in our lives; for what makes many so cold and barren, but that bruising for sin never endeared God’s grace to them. (4)

God also bruises those he plans to use in noteworthy ways. He “empties such of themselves, and makes them nothing, before he will use them in any great service” (3). Knowing such bruising is essential, then, Christians should beware of passing harsh judgments on themselves when under God’s hand (5) or resisting this work of humbling and pruning (11). 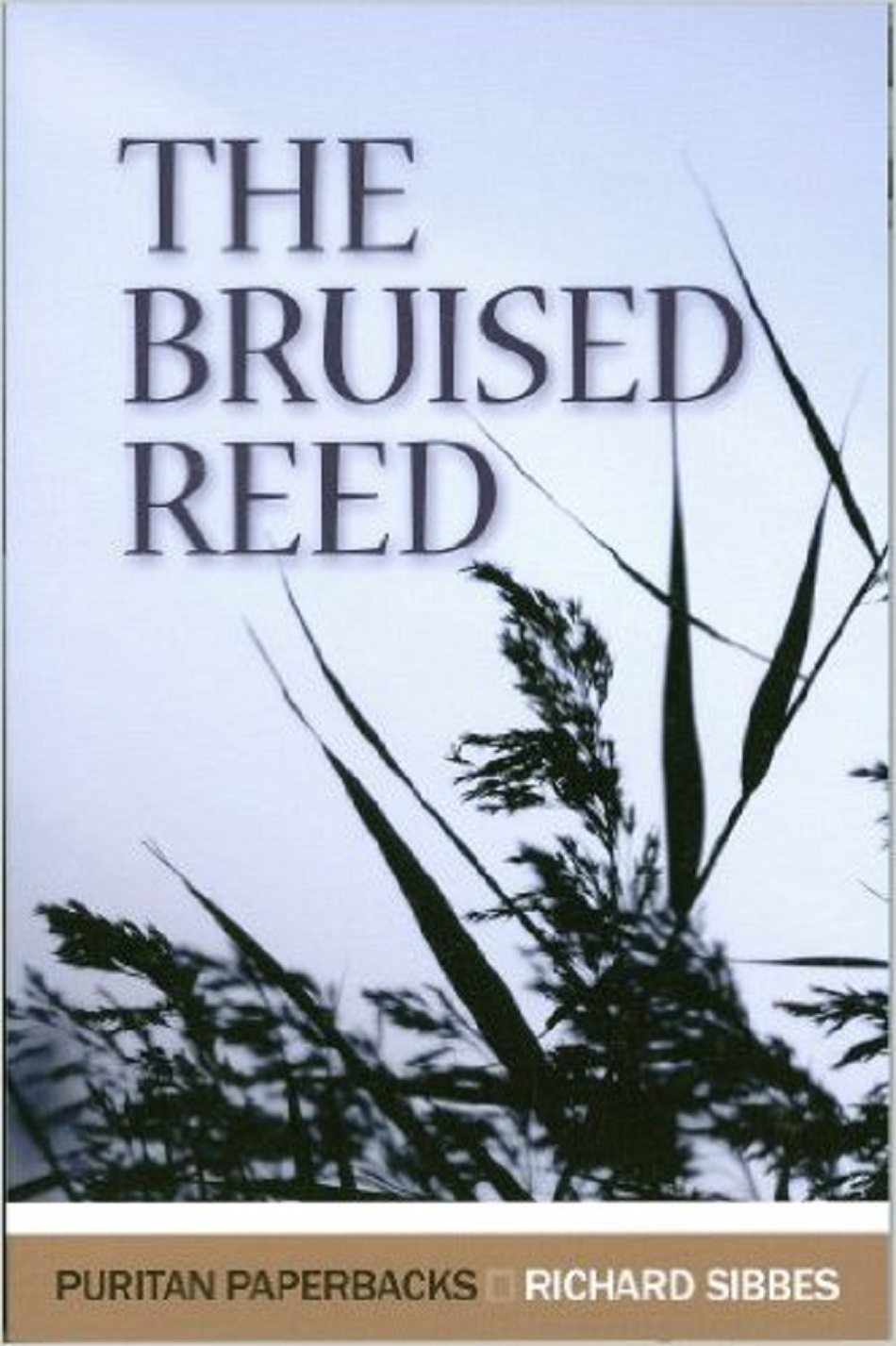 Bruising is also vital to our spiritual lives, Sibbes writes, since it draws our eyes off of self and onto Christ, thus providing us with the strength that only comes from humility:

We work when we work from a present strength; therefore dependent spirits are the wisest and the ablest. Nothing is stronger than humility, which goes out of itself, or weaker than pride, which rests on its own foundations. (114)

To have our hands taken from the sandstone of self-reliance and placed on the granite of dependence on Christ can be painful and even frightening. But we’re safer and make better progress when we believe Christ’s words in John 15:5: “Apart from me you can do nothing.”

2. Christ Will Never Forsake Even the Smallest Work of Grace

Drawing from the image of the smoking flax in Isaiah 42, Sibbes reminds us that Christians are those whose grace is mingled with corruption, just a low-burning flame is accompanied by smoke. Nevertheless, if our gentle Lord has worked grace into the heart, he will not forsake the smallest flicker but fan it into a flame that will someday burn in full and uninhibited brightness (Matt. 13:43).

But if we wonder why we must bear with a mixture of grace and corruption in this life, Sibbes insists this arrangement serves to ground our assurance in the right place:

[We carry around grace and nature] to preserve us from those two dangerous rocks which our natures are prone to dash upon, security and pride, which force us to pitch our rest on justification, not sanctification, which, besides imperfection, has some stains. (19)

Although we would like to receive immediate perfection, there’s much wisdom in the way God has designed the pathway to glory.

3. Weakness Should Not Keep Us From Duty

Finally, Sibbes encourages his weary readers to continue in their obedience to Christ, despite our sins and struggles:

Perseverance in duty when our hearts feel reluctant isn’t hypocrisy, but the way God strengthens his grace already present in us (53). We will only prolong our depression and deepen our hesitancy to obey if we give up on doing good whenever we wrestle with our motives—or when godly affections appear to dissipate as we set about some service for Christ. But because he receives even the smallest amount of spiritual good from his child, we can persist in duty even when our flesh seems to have the upper hand.

Go to the Doctor

Sibbes was known in his time as the “Heavenly Dr. Sibbes.” After reading this little book, you’ll understand why. He knows how easy it is for the believing heart to turn in on itself and become blinded to the flicker of grace Christ has placed there. He recognizes we’re too easily fooled into thinking Jesus would rather take a sickle to a bruised reed than carefully attend to its restoration.

But Sibbes doesn’t merely diagnose; he prescribes the medicine. The Bruised Reed is a treasure of spiritual remedies, full of applications. I commend it to you for your progress and joy in the faith (Phil. 1:25).