Over the holidays I read a good (and devastating) review of William P. (Paul) Young’s The Shack in the most recent print edition of Books and Culture: A Christian Review (Jan/Feb 2010).  It was a reminder that I was one of the last people on the planet not to have read the book. So I did. So why write about it? It had sold 7.2 million copies in a little over 2 years, by June of 2009. With those kinds of numbers, the book will certainly exert some influence over the popular religious imagination. So it warrants a response. This is not a review, but just some impressions.

At the heart of the book is a noble effort—to help modern people understand why God allows suffering, using a narrative form. The argument Young makes at various parts of the book is this. First, this world’s evil and suffering is the result of our abuse of free will. Second, God has not prevented evil in order to accomplish some glorious, greater good that humans cannot now understand. Third, when we stay bitter at God for a particular tragedy we put ourselves in the seat of the “Judge of the world and God,” and we are unqualified for such a job. Fourth, we must get an “eternal perspective” and see all God’s people in joy in his presence forever. (The father in the story is given a vision of his deceased daughter living in the joy of Christ’s presence, and it heals his grief.)

This is all rather standard, orthodox, pastoral theology (though it’s a bit too heavy on the “free-will defense”). It is so accessible to readers because of its narrative form. I have heard many reports of semi-believers and non-believers claiming that this book gave them an answer to their biggest objections to faith in God.

However, sprinkled throughout the book, Young’s story undermines a number of traditional Christian doctrines. Many have gotten involved in debates about Young’s theological beliefs, and I have my own strong concerns. But here is my main problem with the book. Anyone who is strongly influenced by the imaginative world of The Shack will be totally unprepared for the far more multi-dimensional and complex God you actually meet when you read the Bible.

In the prophets the reader will find a God who is constantly condemning and vowing judgment on his enemies, while the Persons of the Triune-God of The Shack repeatedly deny that sin is any offense to them. The reader of Psalm 119 is filled with delight at God’s statutes, decrees, and laws, yet the God of The Shack insists that he doesn’t give us any rules or even have any expectations of human beings. All he wants is relationship. The reader of the lives of Abraham, Jacob, Moses, and Isaiah will learn that the holiness of God makes his immediate presence dangerous or fatal to us. Someone may counter (as Young seems to do, on p. 192) that because of Jesus, God is now only a God of love, making all talk of holiness, wrath, and law obsolete. 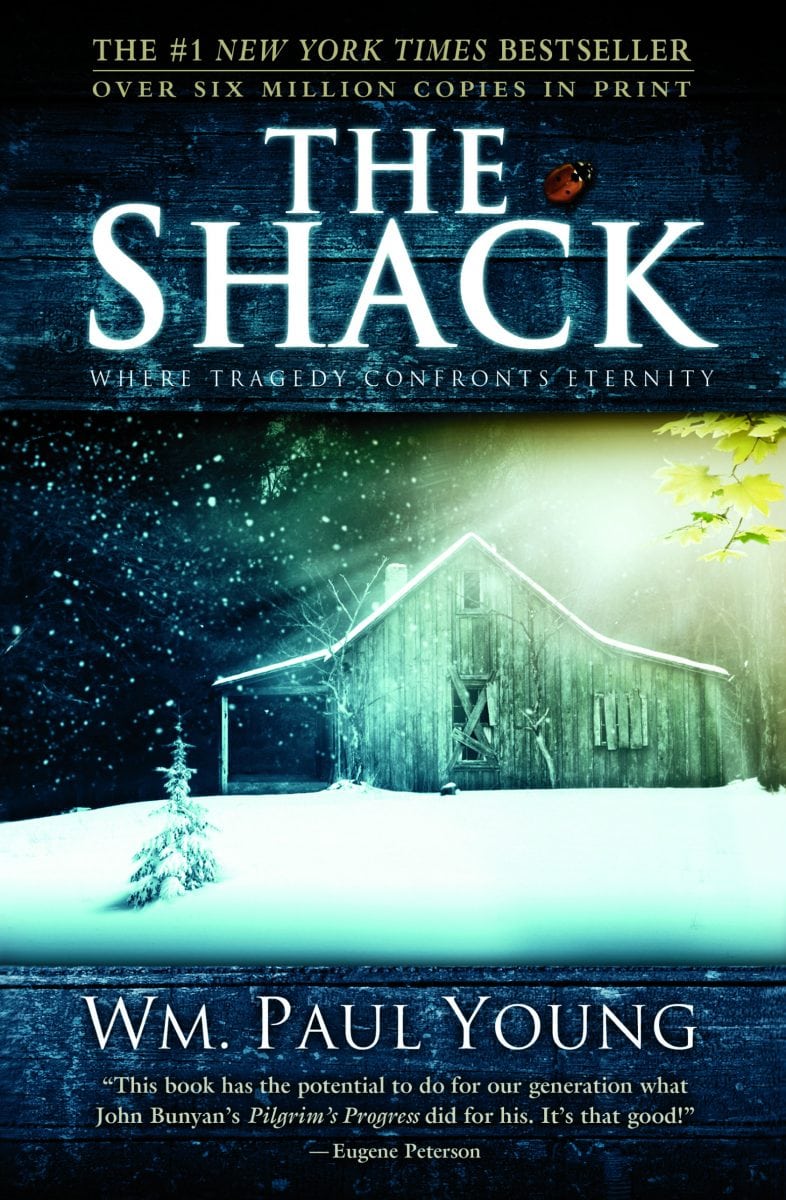 The Shack: Where Tragedy Confronts Eternity

The Shack: Where Tragedy Confronts Eternity

Mackenzie Allen Phillips’ youngest daughter, Missy, has been abducted during a family vacation and evidence that she may have been brutally murdered is found in an abandoned shack deep in the Oregon wilderness.

In a world where religion seems to grow increasingly irrelevant, The Shack wrestles with the timeless question: Where is God in a world so filled with unspeakable pain? The answer Mack gets will astound you and perhaps transform you as much as it did him. You’ll want everyone you know to read this book.

But when John, one of Jesus’s closest friends, long after the crucifixion sees the risen Christ in person on the isle of Patmos, John “fell at his feet as dead” (Rev. 1:17). The Shack effectively deconstructs the holiness and transcendence of God. It is simply not there. In its place is unconditional love, period. The God of The Shack has none of the balance and complexity of the biblical God. Half a God is not God at all.

There is another modern text that sought to convey the character of God through story. It also tried to “embody” the Biblical doctrine of God in an imaginative way that conveyed the heart of the biblical message. That story contained a Christ-figure named Aslan. Unlike the author of The Shack, however, C. S. Lewis was always at pains to maintain the biblical tension between the divine love and his overwhelming holiness and splendor. In the introduction to his book The Problem of Pain, Lewis cited the example from the children’s text The Wind in the Willows where two characters, Rat and Mole, approach divinity. “Afraid?” murmured the Rat, his eyes shining with unutterable love.

Lewis sought to get this across at many places through his Narnia tales. One of the most memorable is the description of Aslan.