Which should win out in the end, theology or ministry? Can you really justify reading theology books when people in your church are struggling to even tell others about Jesus or keep their marriages together? Doctrine is important, sure, but at the end of the day you must choose between either caring for real people with real problems, or kicking back and reading a dead guy argue about how another dead guy misinterpreted a third dead guy. If you’re interested in seriously studying theology, well and good—but it probably means you’re destined for the academy, not the local congregation.

The idea that you must choose between ministry and theology has been around for awhile. I’ve never been happy with it. I want to say theology matters. Yet there’s still that struggle: the feeling that I’m robbing living, breathing, bleeding people for the sake of my own edification (or worse, entertainment). But David Wells’s No Place for Truth: Or Whatever Happened to Evangelical Theology?—a book that turns 25 years old this year—helped me understand that this dilemma is relatively new, and also false. 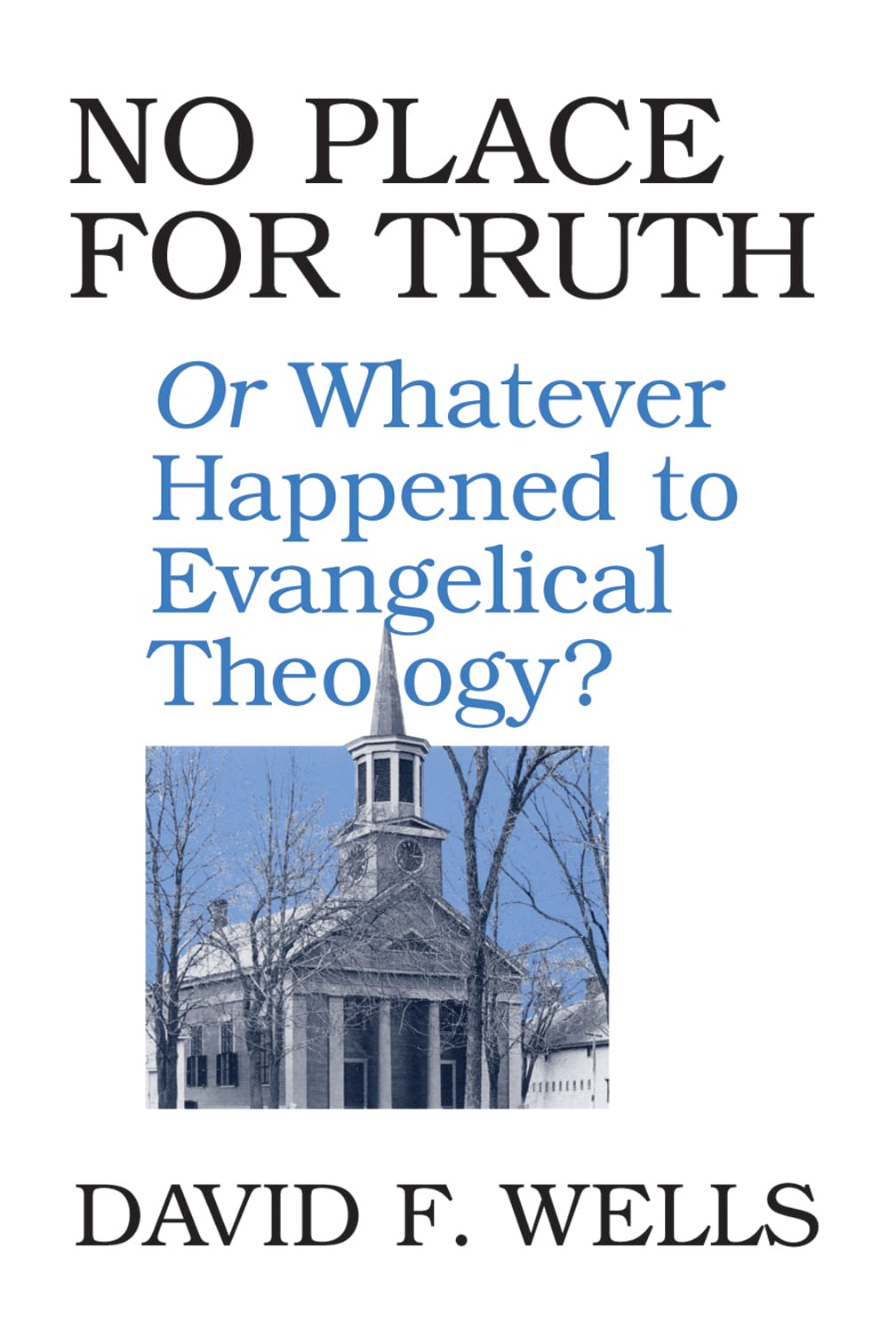 No Place for Truth: Or Whatever Happened to Evangelical Theology?

No Place for Truth: Or Whatever Happened to Evangelical Theology?

Has something indeed happened to evangelical theology and to evangelical churches? According to David Wells, the evidence indicates that evangelical pastors have abandoned their traditional role as ministers of the Word to become therapists and “managers of the small enterprises we call churches.” Along with their parishioners, they have abandoned genuine Christianity and biblical truth in favor of the sort of inner-directed experiential religion that now pervades Western society.

Truth in the Church

You might be fooled into thinking No Place for Truth is simply the 1994 version of conservative Christian cultural analysis. But it’s much more. It’s certainly a remarkably insightful analysis of cultural trends that have become more fully formed in our day. For example, Wells warns how secularism’s undermining of tradition and authority has left only one “sinew” holding the body of Western society together: power (84). That observation is demonstrably true in the decline of social discourse, whether evidenced in Twitter-shame wars or the Machiavellian combat in halls where honor, tradition, and patriotism used to be constraining elements.

But Wells also evaluates how secularization, modernization, and postmodernism have infiltrated and infected our thinking about church and ministry. There is no place for truth in the church, not just in the world. According to Wells, the influence of postmodernism has left the church suspicious of robust theologizing. Delegating its doctrinal responsibility to the academy, the evangelical church has taught its leaders caution toward the pastoral tools Christ gave them.

Human experience is a useful servant, but a terrible master.

“The new script for study is human experience, not the teaching of the Bible, or for that matter, of the church,” Wells warns (122). People increasingly view their experience not just as one legitimate voice guiding their worldview, but as the only qualified voice. When human experience is treated with such inflated regard, we’ll continue underestimating the influence of human depravity on our ability to discern truth apart from divine revelation (149).

The effect is that people ask for tools to interpret their experiences instead of focusing their lives around God’s Word. This priority shift is evident even in official ministerial training. Increasingly, professional practicalities demand more time, thought, and preparation than grounding in theological method and doctrinal devotion (112). “Leadership is now substantially in the hands of the managers,” Wells observes (133). The world, the people in your church, and even your own conscience may tell you that shepherding people through their experiences is the whole of your job. Meanwhile, growing wise in the Word and equipping saints with life-giving doctrine is sidelined.

Wells also discusses the decline of functional literacy. The rise of television has given the lion’s share of the public square to populist opinions both half-baked and easily digested. How much truer is this 25 years later, in the day of social media? As thoughtful discussion is diminished and rendered irrelevant, fewer and fewer people even know how to engage in it (196–97).

Wise in the Word

Why does this matter? How does this affect ministry? Wells points out that doctrine is central to the task of a minister, since the Word is the cornerstone of Christian life. Experience is a useful servant, but a terrible master. But the cultural air we breathe tells us it must be the master.

It’s all too easy for a minister to feel guilty for spending valuable time studying—to sacrifice deliverables for long-term investment, with no obvious ministry enhancement from week to week.

Wells’s analysis exposes the subtle ways our culture teaches us to feel badly about spending hours studying God’s Word. There are always valid pressures that make it difficult to study. But combine those with the milieu we inhabit, and it’s all too easy for a minister to feel guilty for spending valuable time studying—to sacrifice deliverables for long-term investment, with no obvious ministry enhancement from week to week.

Awareness of the problem is half the cure. No Place for Truth is so useful because it will equip you to spot the subtler symptoms of postmodernism in your own mind and heart, as well as in the culture around you. Ministers and shepherds of God’s people are to be wise in the Word. Otherwise, we will have nothing of lasting value to offer them. May we be on guard against any suggestion that caring for people means there is no place in our churches for truth.