I’ve lived among Muslims for most of my life. More and more, they are inundated with anti-Christian apologetics that mislead and misinform them about what Christians believe. Even after someone is converted to Christ, the misinformation and counterarguments are still around them—from family, from neighbors, and even within their own minds.

These brothers and sisters need counsel and clarity to help fight against the lies and confusion the Enemy uses against them. Nabeel Qureshi, as one of those brothers, understands these challenges well, and has spent his Christian life trying to explain the truth to those from Muslim backgrounds.

His first book, Seeking Allah, Finding Jesus (Zondervan, 2014) [review | interview], chronicles his conversion from Islam to Christianity. That book presents the heart of his story, Qureshi says, while his new book, No God But One: Allah or Jesus?: A Former Muslim Investigates the Evidence for Islam and Christianity, presents the head (13).

In other words, if Seeking Allah, Finding Jesus set out to tell the story of his friendship with a guy named David, and the ways the Lord drew Qureshi to himself, No God But One gives the reasons that convinced him of Christianity’s truthfulness.

No God But One isn’t for Christians who enjoy criticizing Islam or Muslims (21). It’s for people wrestling with the competing claims of Islam and Christianity, as Qureshi once did.

The New York Times-bestselling author and itinerant speaker begins by introducing Fatima, under threat of death from her family because of her conversion to Christ. In many ways, that’s exactly whom this book is for: new believers feeling the pressure of Islam’s claims. 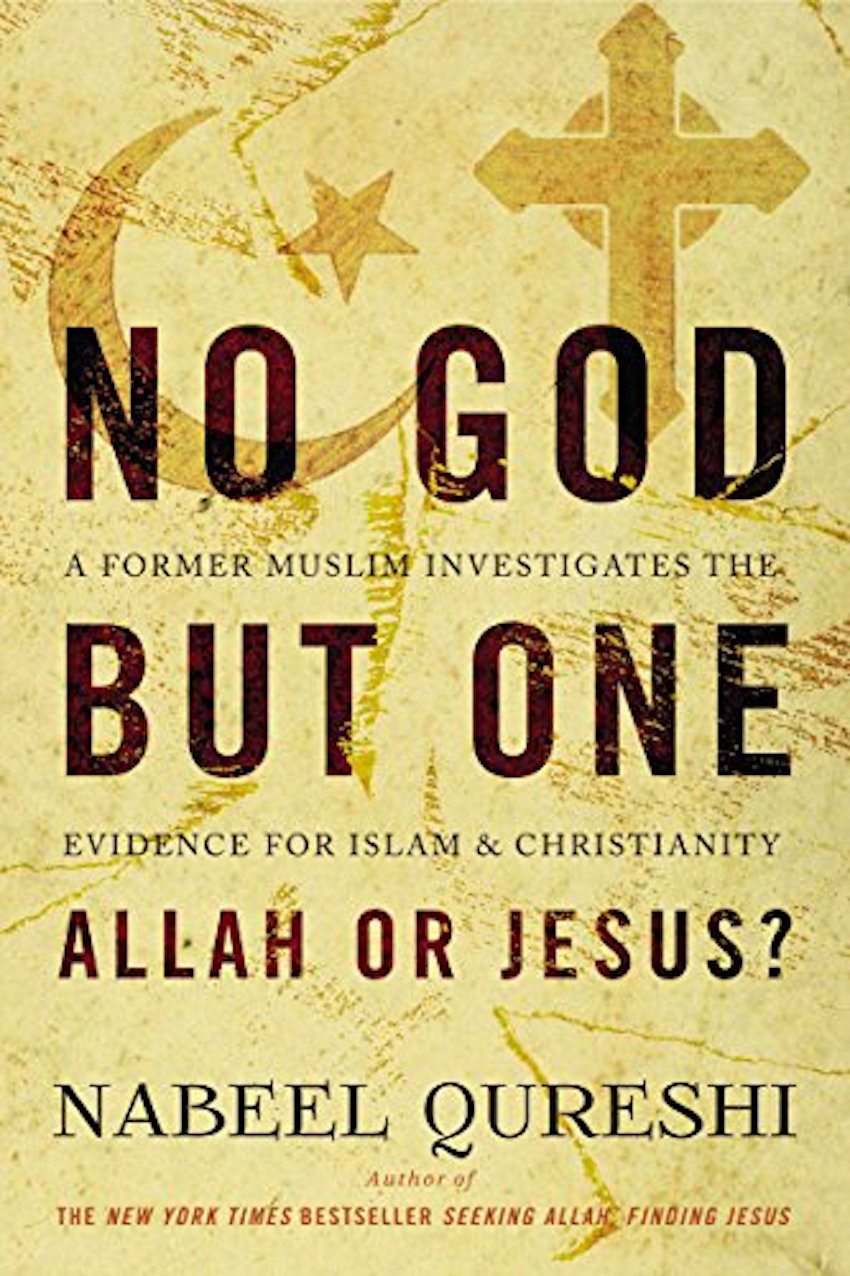 No God But One: Allah or Jesus?

No God But One: Allah or Jesus?

At times Qureshi seems to break from his target audience in order to explain things to Western Christians. He unpacks the rough parallel of the Qur’an’s role (rather than Mohammed’s) in Islam to Christ’s in Christianity (105), and the average Muslim’s lack of experience in Quranic interpretation (118)—both essential to understand when sharing the gospel with Muslims.

Qureshi’s analysis of the arguments for and against Islam and Christianity are generally sound. He makes a clear case for the Christian faith, though often his responses are framed more against Islam as a philosophical system than to Muslims directly.

Qureshi deftly navigates the question of whether Christians and Muslims worship the same God, addressing issues of semantic designations, the character of God, and true worship (69–72). At the same time, though, he makes some odd arguments concerning the Trinity. For instance, while demonstrating how Deuteronomy 6:4 doesn’t contradict the Trinity, Qureshi maintains that the Hebrew word for “one” (echad) means “united” more than “single” (67). At another point, he appeals to the first-person plural pronouns used by God in Genesis 1 and 10, a rather contested view even among orthodox Christian scholars (57–59).

In arguing for Christianity, Qureshi references the standard of the “objective observer.” His data on Jesus and Mohammed, the reliability of the Qur’an and the Bible, the likelihood of the resurrection, and so on are intended to convince the “objective observer” that Christianity, not Islam, is true. I can imagine a hypothetical Muslim reader asking, “Why should I want to be ‘objective’ when that apparently means dishonoring the Prophet or the Qur’an?” And as a Christian reader, my question is simply this: Why should I accept those parameters? Everyone has his own god or gods—the idea of the truly “objective observer” is an Enlightenment fable we’d do well to disabuse ourselves of. The consequence is that Qureshi’s arguments sometimes seem better geared towards anti-supernatural non-theists, rather than Muslims objecting to Christianity.

Truth Worth Dying For?

In many ways, Islam is a religion aimed at inoculating its followers against Christianity. From the Qur’an onward, Islam’s doctrinal identity is shaped by its opposition to specific Christian beliefs—the Trinity, the incarnation, the death and resurrection of Christ, the inspiration and inerrancy of Scripture, and the inability of man to earn his salvation. The intellectual objections are eventually predictable. Yet these objections often cover for the deeper one: Is truth worth dying for?

No God But One does well in addressing those intellectual inoculations that Islamic apologetics and objections present against Christianity. But the belief that truth is worth dying for is one I wish Qureshi spent more time addressing, especially since I know he clearly holds that conviction dearly (perhaps a follow-up volume will emphasize it?). I mention this not to critique him for not saying everything in one book, but simply to help prepare your expectations as a reader.

Despite my critiques, I do believe No God But One will be useful for strengthening the faith of Muslim-background believers, even if it can’t stand on its own (as Qureshi’s own testimony affirms). Faithful friendship, persistent gospel conversations, and humble response to critique must accompany argumentation—particularly when witnessing to Muslims who stand to lose so much socially, perhaps even their lives.