The gospel comes to life at Christmas both literally (of course) and figuratively. All over the globe, people celebrate the physical incarnation of a Savior born into a dark world, telling theologically rich stories and singing equally rich songs. It’s a fantastic time to introduce kids to the truth of why the weary world is rejoicing, and to join in that rejoicing.

Here are five new picture books published this year that are each excellent in their own way and point readers to the meaning behind the joy of Christmas. 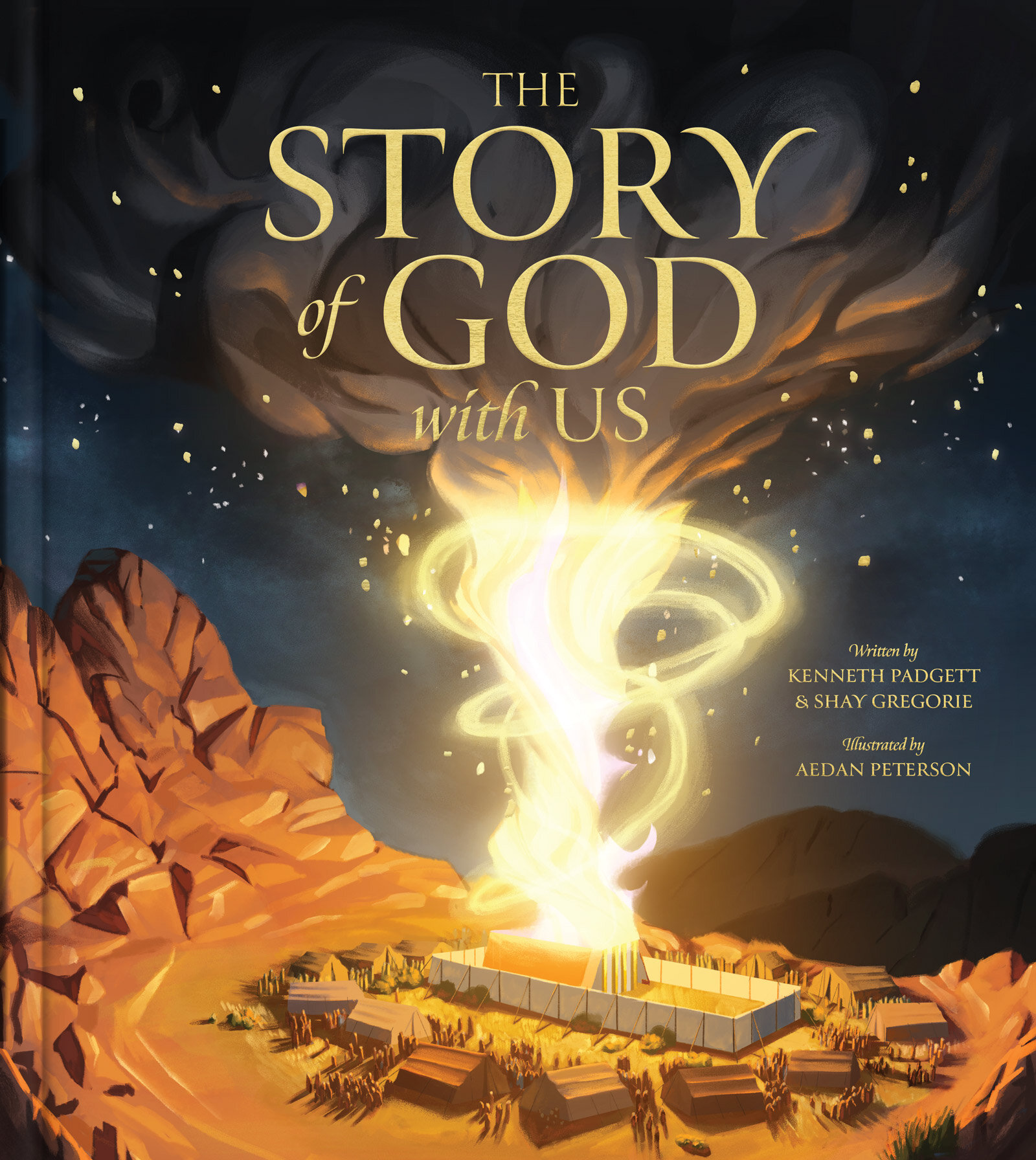 The Story of God with Us

The Story of God with Us

Like many great stories, the Bible has multiple thematic threads that run from beginning to end. In this book we will follow the wonderful golden thread of God’s presence: his desire and determination to be with his people. This is the foundational reality at the heart of the biblical story.

Like many of the Psalms, this book poetically recalls scenes from Scripture. Along the way you will recognize echoes from previous scenes that keep the golden thread in sight. There is also a liturgical and memorable refrain that impresses the big idea into the readers’ and hearers’ hearts.

1. The Story of God with Us by Kenneth Padgett and Shay Gregorie, illustrated by Aedan Peterson (Wolfbane Books)

The Story of God with Us is not a Christmas story, but it contextualizes the Christmas story, showing why Christmas matters. The book works, one of the authors told me, like a stone skipping over the pages of the Bible, touching down on the places where God is with his people. With vivid illustrations by Aedan Peterson, the son of recording artist and author Andrew Peterson, The Story of God with Us is the first book from a new Christian publishing company dedicated to creating “resources for family discipleship that increase biblical literacy and form imagination.” It tells the biblical narrative, from Genesis through the Nativity and Christ’s death and resurrection to the New Creation, as a story of God’s love and his plan to “dwell with us, and we with him, / Always and forever, world without end.” Our family loved the beauty of the book and the way the illustrations play with the themes of light and dark in the story, especially in the Nativity picture.

The Christmas Quest tells the story of the wise men’s journey to find the Christ child. In her author’s note, Janet Surette says she set out to create a story that “captures the inherent wonder of a sufficiently magnificent phenomenon, while at the same time staying true to the biblical text and historical realities.” The story does make a fairly exciting adventure with very few extra-biblical details. Told in just four rhyming lines on every two-page spread, the book works as a fast-paced read-aloud. And as a board book with bright illustrations of expressive characters, it’s sturdy and engaging enough to accompany a toddler to naptime. Some of my listeners were distressed that the book does not tell whether the wise men went back to Herod, but even that provided an opportunity to open the Bible and find out.

I confess I was skeptical of a touch-and-feel book about the Nativity. It doesn’t seem like there would be a lot of things one would want to touch in a stable birth scene. But this was hands-down (pun intended) my smallest daughter’s favorite of all the Christmas books we’ve read this year. The pictures are sweet, the words simple and rhyming. The reader gets to (has to?) “baa” and “squeak” and “purr” (much to the delight of my listener). The story has Mary and Joseph riding into Bethlehem, waiting for the baby, celebrating his birth, and seeing the arrival of the wise men, before ending with “Hope and peace . . . To all the earth.” It’s short and cute and everything my youngest wanted in a Christmas picture book.

4. Joy to the World!: Christmas Around the Globe by Kate DePalma and Sophie Fatus (Barefoot Books)

There are a lot of new picture books this year about Christmas celebrations around the world, and this one was our favorite. The text on each page is simple (with pronunciation guides), so it works well as a read-aloud. The pictures are densely detailed with representations of Christmas traditions for each country, including a border for every picture in a traditional fabric design of the country it represents. There are further notes on Christmas celebrations for each country at the end of the book to engage both older children and curious parents. Some readers may want to be aware that there is a mention of making Christmas wishes come true if they are wished on a certain day and a Christmas witch who visits on Epiphany. But the book ends with a focus on the birth of Jesus as the reason for all of the celebrations we share with our sisters and brothers around the world.

When I was growing up in a very conservative community in the South, Santa was a cultural battleground. Even today, many Christian parents feel compelled to make and defend a stand on Santa Claus. Is it a fun and magical tradition celebrating a Christian hero of long ago? Or is it a manipulation of faith, urging children to “just believe” in a myth that only rewards them if they show good behavior? Ned Bustard attempts to thread the needle by presenting historical facts about the life of St. Nicholas alongside a brief retelling of what “some stories say” about flying reindeer and putting gifts into stockings on Christmas Eve. The pictures are done by the author in a woodcut print that gives the book a medieval feel. Bustard originally created the story for his children to portray the life of “a man moved to action by his faith” while retaining the fun of some of the legends that sprang up about that man.