The Christian marriage mirrors our religion (Eph. 5:22–30). It’s only fitting, then, as religion is held to increased skepticism, that marriage is as well. Not only for its relevance but also for its excess and abuse. Every bit of it has gone under the microscope to be examined for its utility and purpose: is marriage good and necessary, or is it just another man-made concept?

However, like religion, marriage isn’t vanishing entirely. Despite modern society’s attempts to move on from tired institutions, it can’t help but yearn for what they have to offer. Whether moderns have merely relented to being tied down, or an unencumbered lifestyle is emptier than it seems, marriage is still with us. The question is, how should we behold it?

Tim Keller—pastor emeritus of Redeemer Presbyterian Church in New York City—and his wife, Kathy, take up this question in their latest collaborative effort, On Marriage. The new work answers not only why we should value marriage, but also how we can continue valuing it long after our rings have lost their luster. 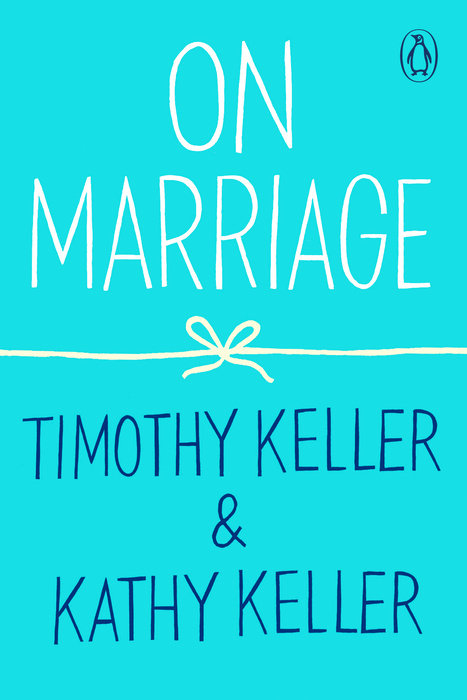 On Marriage (How to Find God)

On Marriage (How to Find God)

In On Marriage, Timothy and Kathy Keller bring 45 years of experience with marriage, as well as a deep understanding of God’s resources in the Bible for those who want to find them. With wisdom, empathy, and compassion, the Kellers teach us to understand how to begin and nourish your marriage well.

The perfect gift for anyone thinking about relationships and the institution of marriage, On Marriage is a short, powerful book that gives us the tools to understand the meaning of marriage within God’s vision of life.

Doubting Your Doubts About Marriage

True to form, in less than 100 pages the Kellers offer a compelling apology for marriage while sharing wise reflection throughout. In this case, practice makes perfect, since this is their third marriage resource, next to their lengthier and more ethically focused work The Meaning of Marriage and its companion devotional.

True to form, in only 100 pages the Kellers offer a compelling apology for marriage while sharing wise reflection throughout.

While some might assume marriage is everyone’s dream, years of ministry in Manhattan have taught the Kellers otherwise. Part 1 begins by addressing the modern phenomenon of “expressive individualism,” the sentiment that, “I become a person of worth as I discover my own deepest desires and feelings and express them. Once I determine who I am, then I can enter into relationships, but only with those who accept me on my own terms” (4).

Instead of merely quoting the Bible in response to secular notions, the Kellers first articulate modern presuppositions and then let their logic play out. Do we really want to jettison marriage until we’ve established our own unique identity? Or is our identity, regardless of being married, being shaped by everyone and everything around us?

We come to admire and respect some individuals or groups whose views we then deploy to sift and assess the impulses of our hearts. In other words, contrary to what we are told, we do develop an identity not merely by looking inside but through important relationships and narratives that profoundly shape how we see ourselves. We do not merely look within. (7–8)

It’s popular these days to doubt traditional institutions; the Kellers, though, doubt the resourcefulness of individualism. While the Christian view of marriage isn’t true only because it’s resourceful, it does provide a place for the kind of intimacy and vulnerability we all long for. And in an era marked by stories of loneliness and sexual assault, these kinds of resources are nothing to scoff at.

Do we really want to jettison marriage until we’ve established our own unique identity? Or is our identity, regardless of being married, being shaped by everyone and everything around us?

Though the need for consent in sex is vital, consent is only one piece of the romantic puzzle. Consent ensures temporal physical safety, but it doesn’t ensure an entire person’s well-being and flourishing. Transactional sexual ethics that deem sex permissible in any situation between consenting adults creates a separation between the body and soul, the internal and external. In other words, what you do with your body doesn’t ultimately affect you internally. The Kellers note the pain this can cause: “To give your body to someone who feels free to leave [after a sexual encounter] and not care for you is dehumanizing” (21). In such scenarios, the Christian view of marriage and sex “resonates with our deeper intuitions”:

In marriage, spouses lose their independence and so become vulnerable and interdependent. They do not hold themselves back so that they only relate temporarily, provisionally, and transactionally. They give their entire selves to each other—emotionally, physically, legally, economically. (16)

The Christian sex ethic broke with the ancient Greco-Roman views just as it does the modern views, reframing sex as a self-giving act that’s representative of one’s entire life. In this way, sex becomes the “the unitive and fulfilling act it was meant to be,” instead of a consumeristic tool whereby, depending on a good enough performance, one might consider furthering the commitment.

There are numerous landmines one can step on when discussing marriage, not only culturally and theologically but also personally. Though marriage is a common institution, it’s incredibly intimate, freighted with baggage. Some carry with them the marital strife of their parents; others bear the marks of broken homes. This is why the Kellers’ treatment is timely and unique. While On Marriage is chock-full of practical advice and theological reflection—like praying the Psalms together and deciding on your own family rhythms and traditions—just as noteworthy is the book’s refusal to be tailored to any one culture’s marital standards. In other words, when the Kellers describe the biblical implications of marriage, they don’t paint a picture of a 1950s American sitcom.

In his providence, the Lord knew that we needed our marriages to point to something greater than the individuals that fill them.

The Kellers realize that because marriage mirrors Christ’s relationship with his church, our view of the institution must go deeper than white picket fences. The last part of the book does this by delving into the destiny of marriage. Christ’s grace in the gospel is shown not primarily to be our example of how to love our spouse; but to allow us to “look beyond the end of [our] earthly marriage to [our] union with Christ” (89). This everlasting union allows us to love our spouses in our temporal unions. Especially when (not if) we fail them and they fail us. In his providence, the Lord knew we needed our marriages to point to something greater than the individuals that fill them.

At the end of time there will be another wedding, the marriage supper of the Lamb, and its purpose is also to fill the world with children of God. It will succeed where the first marriage failed because, while the first husband in history failed, the Second Husband does not. The true Adam, Jesus Christ, will never fail his spouse, the Second Eve, his church. (85)

Since our hope is anchored outside of our performance, married Christians can rest. We can finally allow ourselves to be fully known, not spurned or rejected. The kind of hope the Kellers point us to is the kind that we need. After all, our spouses aren’t only the ones who see the chinks in our armor, but are also the ones who help us put the armor on each day. And even on our bleakest days, that’s what we need most—to be reminded of the righteousness we have in Christ.

As the Kellers note, birth, marriage, and death function as “tectonic shifts of life” (xii). For those who don’t profess Christ, these shifts can often be jarring as they confront us with life’s timeless questions: Am I living for things that matter? Will I have what it takes to face this new stage of life? Do I have a real relationship with God? (xii).