There is vivid line at the start of N. T. Wright’s Paul and His Recent Interpreters:

As many of us try to follow the rapidly developing cultural debates around the ethics of life, sexuality, and gender, we feel the same bewilderment and sense of danger. Happily, a number of resources have arrived to describe and analyze those debates and help craft the church’s response.

Quite rightly, a number have focused on the specific issue of transgenderism and, more specifically still, on equipping the church to offer a compassionate and biblically informed pastoral response—Andrew Walker’s God and the Transgender Debate is a fine example [read TGC’s review].

As the church finds its voice in these debates, she certainly needs something to say to the hurting. But we also need cultural and philosophical analysis that traces the origins and exposes the presuppositions of those driving the debates. This is the apologetic task that Nancy Pearcey sets for herself in Love Thy Body: Answering Hard Questions about Life and Sexuality, and it’s a welcome contribution.

Pearcey meets the apologetic need without losing sight of the compassion and gentleness that must characterize the church’s engagement with anyone on these issues. By way of example, the final two subheadings of the book are “Rescue Mission Not Culture War” and “How to Engage Globally,” which might be better titled “How to Engage the Whole Person” since it’s really an exhortation to love and exercise generous hospitality to all. 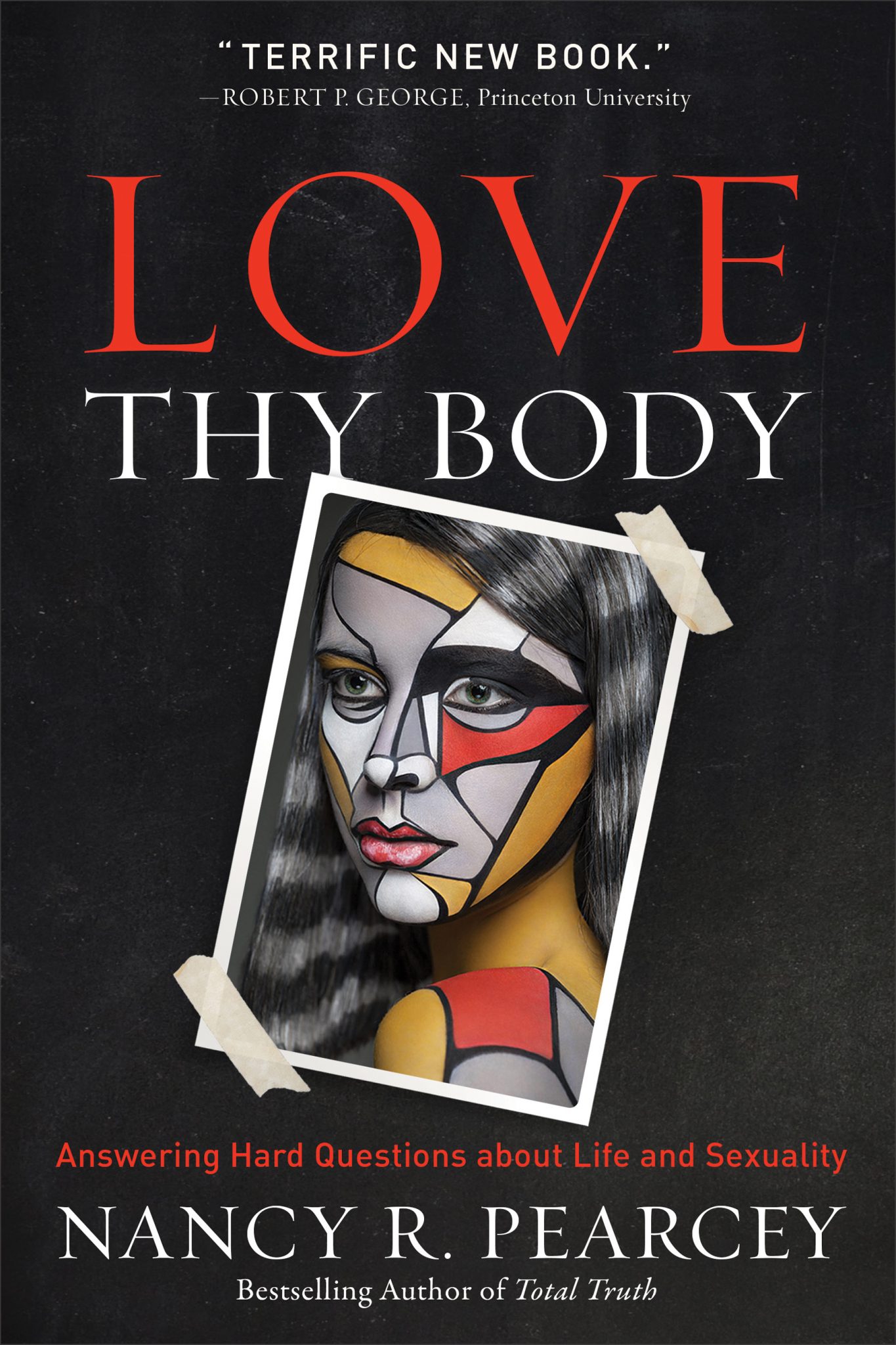 Love Thy Body: Answering Hard Questions about Life and Sexuality

Love Thy Body: Answering Hard Questions about Life and Sexuality

Pearcey then turns the tables on media boilerplate that misportrays Christianity as harsh or hateful. A former agnostic, she makes a surprising and persuasive case that Christianity is holistic, sustaining the dignity of the body and biology.

Throughout she entrances readers with compassionate stories of people wrestling with hard questions in their own lives–their pain, their struggles, their triumphs.

Second, there is a welcome breadth to the book. Across five chapters, Pearcey—professor of apologetics and scholar in residence at Houston Baptist University—covers abortion, euthanasia, sexual promiscuity, homosexuality, and transgenderism. Each chapter features well-researched sketches of the current situation, frequently illustrated by the author’s own extensive experience counseling students.

Third, she distinctively argues that what connects these issues is a diminished view of the human body. Thus abortion and euthanasia separate personhood from embodiment, the “hookup culture” promotes a view of self detached from one’s embodied actions, while homosexuality and transgenderism refuse to allow the body to determine sexual compatibility or gender identity.

Fourth, there is admirable depth. Along the way, we’re provided with accessible introductions to the ideas and influence of Platonic and Gnostic thought, Descartes, Kant, Darwin, Freud, Foucault, and Judith Butler. Impressively, there are also multiple references to ancient Christian sources, backing up the thesis that the church has usually challenged rather than conserved cultural norms, and has suffered for doing so.

That same depth is demonstrated in the final chapter. Here Pearcey describes the ways in which the givenness of our created nature, born into a set of relationships, has been rejected in favor of a view of human society founded on a social contract entered into by choice (here we’re introduced in simple terms to Hobbes, Locke, and Rousseau). As Pearcey demonstrates across the whole range of issues she discusses, we’re seeing the poisonous fruit of the thought that human relationships are voluntary arrangements that endure only so far as they guarantee mutual benefit.

Inevitably, there are some limitations to a book that aims at such breadth and depth. Knowing about these three weaknesses will help readers derive most benefit from Love Thy Body.

First, the space devoted to developing a biblical view of the body is rather limited. In chapter 1 there is a brief argument that “Scripture treats body and soul as two sides of the same coin” (34), on the basis of Hebrew parallelism, but without any real engagement with the underlying terms. In chapter 4 there is a brief biblical overview of sex, although there are quirks: sexual union is viewed as a “profound mystery” because it images Trinitarian communion, rather than the union of Christ and his church, as per Ephesians 5:32.

Further, one could wish that instead of a three-act drama (creation, fall, redemption), there was room to distinguish inaugurated and future eschatology. Redemption is discussed with reference to “the redemption of our bodies” in Romans 8:23, but, in dialogue with John Paul II, this is described as a process begun in this life rather than the eschatological resolution to the problem of the “mortal body” (Rom. 6:12; 8:11). The danger is that we diminish the sense that Christians experience a kind of bodily dysphoria in the present life that ought to prompt compassion for fellow-sufferers and resist a cultural narrative that promises resolution in the here and now.

Second, the decision to intersperse sketches of secular philosophy through the chapters gives each historical perspective, but it might’ve been more helpful to provide a secular history of the body as a distinct section. Perhaps that is to wish for a different book, or a less choppy writing style, but it would be a useful thing to have in one place.

Third, the argument that a fractured view of humanity lies behind each of the contemporary issues is effectively illustrated. That said, emphasizing the need to recalibrate one’s worldview is risky, since a common critique of “worldview” as a category is that it reflects a flawed anthropology, elevating the mind to the neglect of the body. So I was surprised those dangers weren’t acknowledged more directly.

As it happens, many of the chapters include well-chosen examples of how the church can embody a better vision for life, but I would’ve liked more content about how we practice what Pearcey so rightly preaches.

With those caveats in mind, there’s a great deal to benefit from and develop here. Love Thy Body provides a clear and often heart-wrenching vision of just how destructive contemporary approaches to the body can be, and it begins the important task of developing an embodied, integrated, compassionate response.

David Shaw is a lecturer in New Testament and Greek at Oak Hill Theological College and an elder at Spicer Street Church, St. Albans. You can follow him on Twitter.