The recent gender and sexuality sea change that has played out before our eyes is head-spinning. I’ve taught pastoral ethics at an evangelical seminary for almost 15 years, and when I began teaching, questions about limiting bathroom use to people of the same biological sex weren’t exactly on the radar screen.

Today, no one disputes that transgenderism is a contested issue.

What’s the church to do? Do we take up arms to fight a culture war, even though we have rarely waged such wars in a faithful or loving way? How do we proclaim the gospel of Christ while simultaneously affirming the lordship of Christ over human design and the nature of truth? More to the point, how must we behave in order to welcome sinners of any sort to hear the good news of salvation in Christ? If churches aren’t thinking about such things, they aren’t paying attention to the missional needs of the hour. 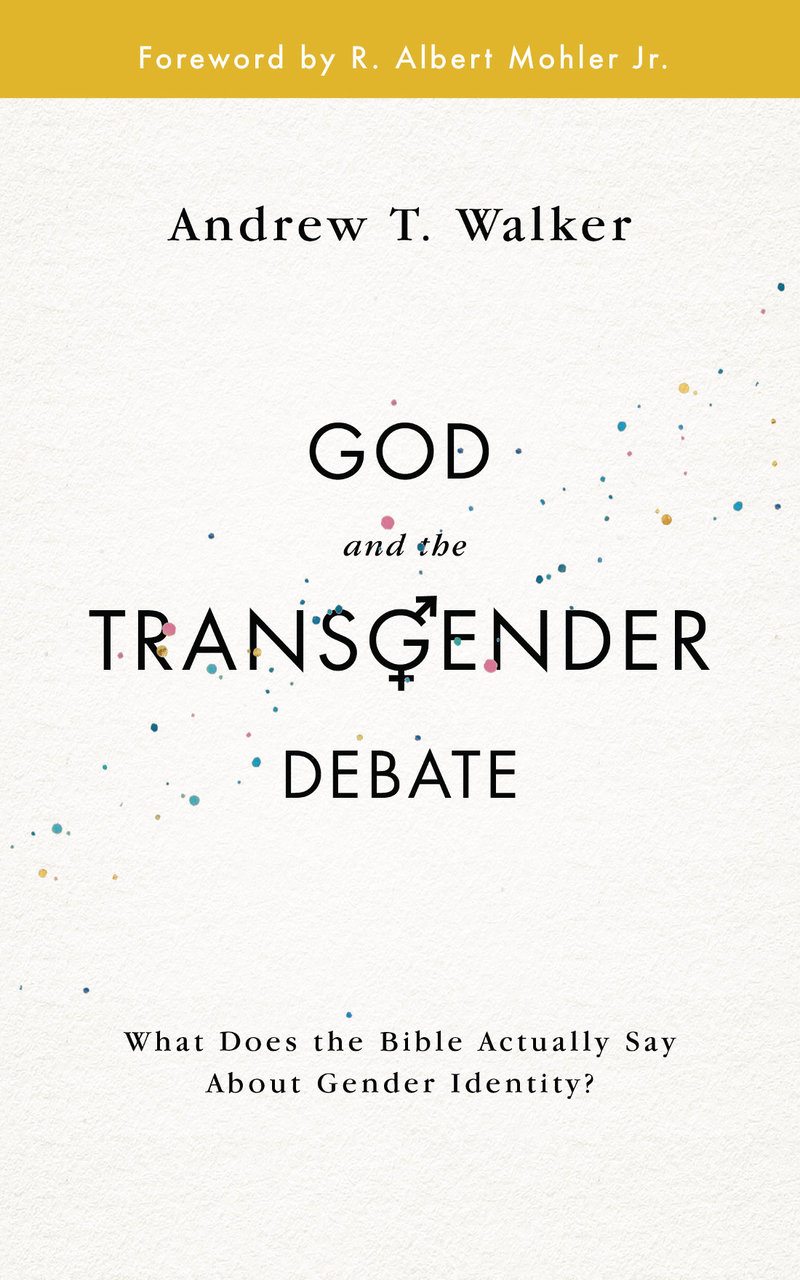 God and the Transgender Debate: What Does the Bible Actually Say About Gender Identity?

God and the Transgender Debate: What Does the Bible Actually Say About Gender Identity?

To address these questions, Andrew Walker—director of policy studies for the Ethics and Religious Liberty Commission—has served the church well with his new book, God and the Transgender Debate: What Does the Bible Actually Say About Gender Identity? (See Walker’s recent reflections in “How Writing on Transgenderism Changed Me.”)

God and the Transgender Debate is a book aimed at pastors and congregants. It issues a clear call to be a welcoming, loving, and faithful community of Jesus followers: “A transgender person ought to feel more loved and safe visiting a Bible-believing church than any other place in the world” (122). The church ought to be a safe place for any who struggle with gender dysphoria, the distress experienced by those who sense “a conflict between their gender identity and their biological sex” (32).

The book’s trajectory and pastoral tone is established in the first chapter. Walker reminds us how Jesus loved people and, ultimately, that the “transgender debate isn’t about a debate. It’s about people” (14). Chapters 2 to 4 survey the worldview landscape of the post-Christian Western world, explain the use of language in the gender debate, and examine how people make decisions in such a world, arguing that the biblical storyline teaches God is the ultimate authority and his demands are trustworthy (ch. 4).

Most of the biblical heavy lifting is done in chapters 5 to 7. Walking through the creation account of Genesis, Walker argues that being created in the image of God (which includes the physical body) grants a fundamental dignity to all people. The design of humanity as male and female is authoritative and purposeful. Walker raises the stakes by rightfully showing that those who reject God’s blueprint and design are rejecting Jesus Christ’s authority (ch. 5).

Those who reject God’s blueprint and design are rejecting Jesus Christ’s authority.

Essential to the biblical storyline is humanity’s fall, which reminds us that we’re all broken people living in a broken world. Walker is adamant that people aren’t necessarily sinning by experiencing gender dysphoria: such feelings are a result of the fall. Sin does occur, however, when people act on the dysphoria by embracing a transgender identity, which rejects God’s good design (ch. 6). Walker concludes the scriptural survey by working through both the gospel and the consummation of all things in Christ, pointing out that in the new heavens and new earth all feelings of gender dysphoria will be eliminated. Until then, the work of sanctification might be painful and slow (ch. 7).

Returning to the subject of Christian community, Walker reminds us that all discussions and actions must be rooted in love (ch. 8). This love is particularly important since Jesus asks those who struggle with gender dysphoria to take the difficult and arduous path of dying to self (ch. 9). To that end, Walker challenges local churches to make their assemblies welcoming havens for sinners (ch. 10).

The next two chapters are practical: Chapter 11 addresses how to have a conversation with your children about transgenderism. Chapter 12 answers a variety of “tough questions” that range from whether someone can be transgender and Christian to whether hormone therapy to manage gender dysphoria is ever appropriate. God and the Transgender Debate comes full circle at the end by refocusing on the gospel of grace (ch. 13).

Walker’s work in Genesis is lucid. He rejoices in God’s good plan of two sexes that is manifest in biology. A consistent theme through the book is that biology matters and doesn’t change, regardless of what people think about themselves, the amount of hormones they inject into their bodies, or their attempts to reconstruct themselves cosmetically. Biology and DNA both matter because they exist by original divine design. (A look at early reviews of the book demonstrates that readers unconvinced of biblical authority or a literal reading of Genesis will be dissatisfied.)

Walker also consistently reminds us that we don’t live in a merely Genesis 1 and 2 world. We live in a world shattered by the rebellious events of Genesis 3. We ought to expect, then, people to be affected sexually by the ravages of sin and the curse. Helpfully, Walker reminds us that the first manifestation of the fall was the shame Adam and Eve felt over their exposed bodies. To that end, he writes:

Individuals with gender dysphoria experience real feelings of distress about their gender identity. These are authentic experiences, where their heart’s desire is telling them one thing about themselves while their body is saying something else. . . . But experiencing that feeling does not mean that feeding it and acting upon it is best, or right. (66–67)

Of course, we don’t live in a merely Genesis 3 world either. The hope of Jesus’s work grips Walker’s ethics. Sinners can and are being rescued through the Redeemer.

Pastoral Book on a Difficult Topic

This book’s strength is certainly its pastoral touch. Again and again, Walker calls the local church to be like her Lord: all actions and discussions—even the foyer conversations before the worship service—are to be intentionally loving and welcoming of any who would hear the gospel of Christ. We’re all broken people living in a broken world full of other broken people.

This doesn’t mean Walker shies away from difficult questions. He clearly says embracing a transgender identity is sin and incompatible with anchoring one’s identity in Christ. Helpfully, he reminds churches that calling a Christian who struggles with gender dysphoria to a life of discipleship can be a long and difficult journey that may not reach a happy conclusion until Christ returns. Of course, this is true for all who follow Christ, but some paths are tougher than others. It’s the church’s job to provide the fellowship and encouragement that’s necessary so that even the most arduous routes are not trod alone.

God and the Transgender Debate is not a clinical book, aiming to describe the mechanisms or causes of gender dysphoria (there’s no scientific consensus on this anyway, to my knowledge). Those seeking a more thorough explanation of treatment options and the varied manner in which Western society responds to gender dysphoria would be served by also purchasing Mark Yarhouse’s Understanding Gender Dysphoria [read TGC’s review].

Andrew Walker has done the church a great service. There’s no exception clause that removes transgender people from gospel proclamation, nor is the gospel somehow unable to redeem the sexually broken. Jesus came to seek and save sinners, and we are all sexual sinners who need heaven’s grace. That much is certain. The question is whether the church will be faithful in the mission given by her Lord. All Christians, but especially pastors and elders, must think clearly, faithfully, and lovingly on the transgender issue—and for that reason, should read this book.

Todd Miles is professor of theology at Western Seminary and an elder at Hinson Baptist Church in Portland, Oregon.

3 The State of Theology: What Evangelicals Believe in 2022

4 From ‘Wretched’ to ‘Needy’: Changing a Classic Hymn

5 What You Should Know About Biblical Complementarianism