I know I should resist the temptation to use an overused quote, but I can’t help it: “Some books are to be tasted, others to be swallowed, and some few to be chewed and digested.” The reason I couldn’t resist is because Joel Beeke’s Fighting Satan: Knowing His Weaknesses, Strategies, and Defeat is a book that should be chewed and digested.

Fighting Satan was originally published as Striving Against Satan (Bryntirion Press, 2006), but now Reformation Heritage Books has republished it under a new title. If you’re looking for a book that teaches special prayers and spiritual warfare formulas, keep looking—this book is not it. Likewise, if you’re looking for an academic treatise on Satanology and demonology, keep looking. This book certainly is biblical and theological, but it’s not academic. If you’re looking for a book that stirs your soul and equips you to fight the good fight of faith, then Fighting Satan is definitely one to read.

Joel Beeke, who serves as the president and professor of systematic theology and homiletics at Puritan Reformed Theological Seminary, writes in a warm and devotional style. He is simple, straightforward, and full of pathos. His love for the Savior and the Scriptures, as well as his depth of knowledge of the Puritans, makes this an ideal devotional book.

So what does “fighting Satan” mean? Beeke does not underestimate or overestimate the Devil. From the outset he says things like “Satan wants you back” (1). “Life and death are at stake” (2). “As unpleasant as the subject of Satan is, we need to study it” (3). His goal is preeminently pastoral and practical:

Through this study of Satan and his devices, I trust that what we learn will assist us to fight strenuously, to fight well, and to fight on, until we obtain complete victory over the enemy. (4) 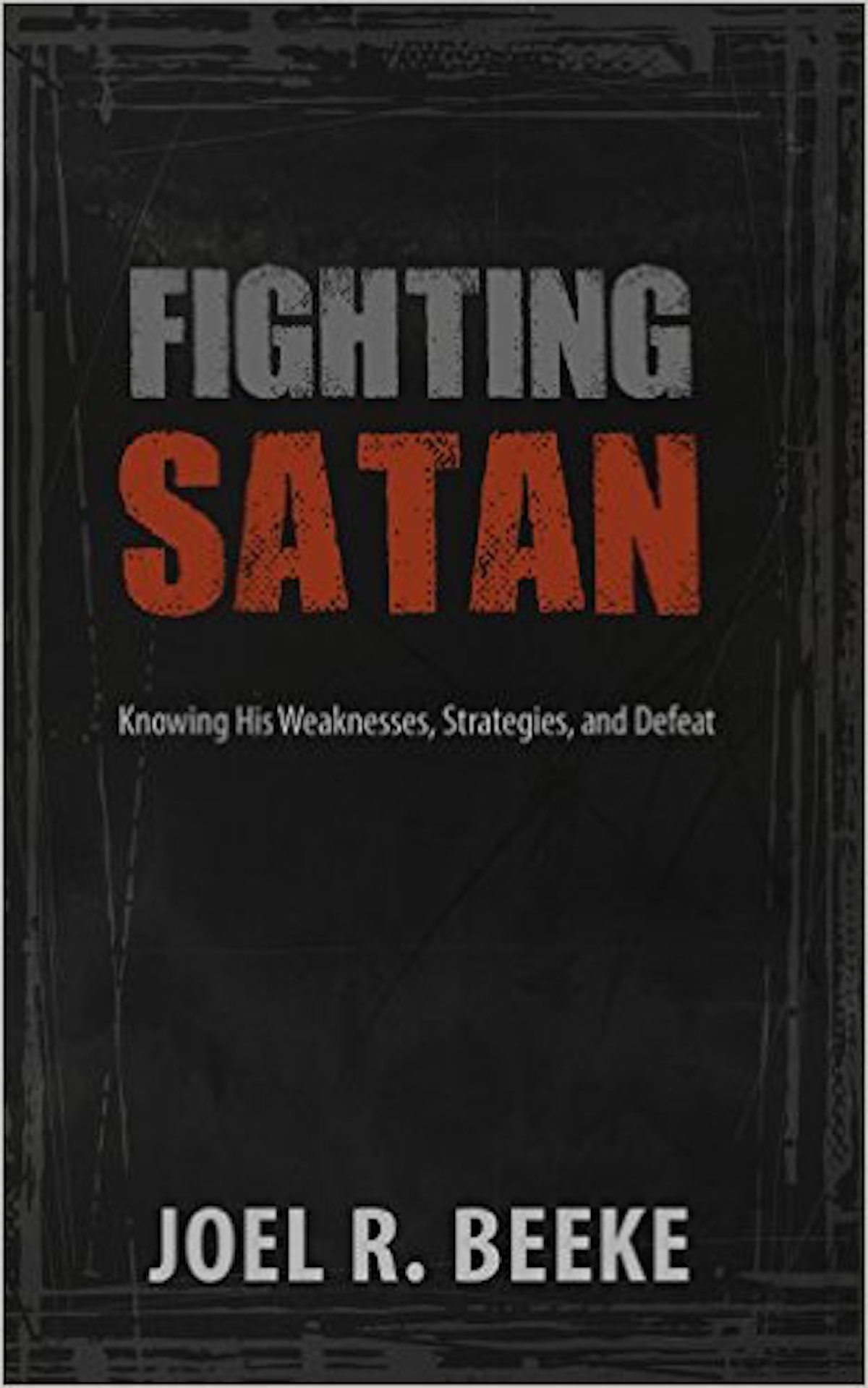 I would summarize his approach to fighting Satan as knowing your enemy, knowing your victory in Christ and the gospel, and knowing his Word and the power of prayer. We fight both as individual believers and as comrades in the church.

Beeke deals extensively with the doctrine of Satan and demons. But the treatment is not some preoccupation with the powers of darkness, filled with anecdotal scary stories. Instead, he makes a straight line to Christ and the fulfillment of the first gospel promise (Gen. 3:15). Satan’s head is crushed on Calvary as our Savior is bruised. With direct and personal appeals throughout, Fighting Satan reads like an impassioned friend sharing the truth with someone he cares about.

Fighting With Prayer and the Puritans

Beeke of course talks about fighting Satan defensively and offensively, taking up the classic spiritual warfare text from Ephesians 6:10–20. I was stirred most fervently as Beeke wrote about prayer as part of our weaponry. The section is powerful and salted with gripping Puritan quotes concerning the power of prayer.

This little book is a treat for Puritan lovers. In the section titled “Knowing Satan’s Strategies: His Devices and Their Remedies” one can already hear echoes of Thomas Brooks’s classic Precious Remedies Against Satan’s Devices. Here Beeke is at his best as he weaves together, almost effortlessly, “the cream of what six Puritan authors said about Satan’s devices and their remedies” (67). He masterfully utilizes this Puritan wisdom, employing contemporary language to evaluate Satan’s strategies. In 1988 I took a course from Beeke on Reformed experiential preaching. In one of the classes, he preached a John Bunyan sermon titled “The Jerusalem Sinner Saved.” I marveled at his ability not only to master Bunyan’s words, but to so preach as to make them his own. That is what happens repeatedly in Fighting Satan and especially in this section. Beeke has been gripped by the Puritans and their words have become his.

He then drives home numerous resolutions for fighting Satan. Beeke builds his resolutions on the indicatives of Christ’s victory and ultimate triumph over Satan. The very first resolution is to live according to your identity in Christ (98–100). These resolutions aren’t just moralistic pieces of advice; they’re saturated with Jesus and the gospel. Again, I was struck at how each one could be read slowly and prayerfully as a part of my devotions.

Joel Beeke has done the church a service by making this work more broadly available. It’s informative and, above all, soul-stirring. These 141 pages are designed to equip us to fight Satan by faith in Christ. I was incredibly encouraged and I think you will be too.

Fighting Satan deserves to be chewed slowly and digested.