We live in interesting times. Most thought the gospel was safe with evangelicals. But alas, even evangelicals can become preoccupied with things other than the evangel. Many have sensed that a whole host of good things have eclipsed the Good News. However, in God’s providence, many evangelicals have been provoked to get serious about the evangel once again. And there is something refreshing about rediscovering the gospel. No longer does the fluff of former days fill us, but there is a marvelous hunger for the gospel itself. There is an interest in Christ-centered exposition. There has been a reorientation to evangelical life. We now want to view everything through gospel lenses. I thank God for it. It also means that great books of the Bible, such as Galatians, will be rediscovered as this generation preaches them afresh.

Josh Moody has provided a new work on Galatians, also known as, Luther’s Katy and the Magna Charta of Christian freedom. I took up No Other Gospel: 31 Reasons from Galatians Why Justification by Faith Alone is the Only Gospel  with enthusiasm because (1) I love Galatians; (2) the book title sounded like it would reverberate with the gospel; and (3) I have heard of Josh Moody’s skills as a pastor-theologian. How does someone “with three degrees from Cambridge and a fellowship at one of Yale’s colleges” (34) work his way through Galatians? Frankly, I was surprised, but not disappointed.

First, this book is not a commentary. It is a thematic approach to the book of Galatians, using the texts sequentially to expound certain gospel themes. This means that those who want to sink their teeth into exegesis and also the logical connections and flow of argument in Galatians will have to look elsewhere to be sated. This is not a criticism, for Moody says these chapters originated as sermons. In fact, this book reads similarly to Lloyd-Jones’s works on Ephesians or Romans. 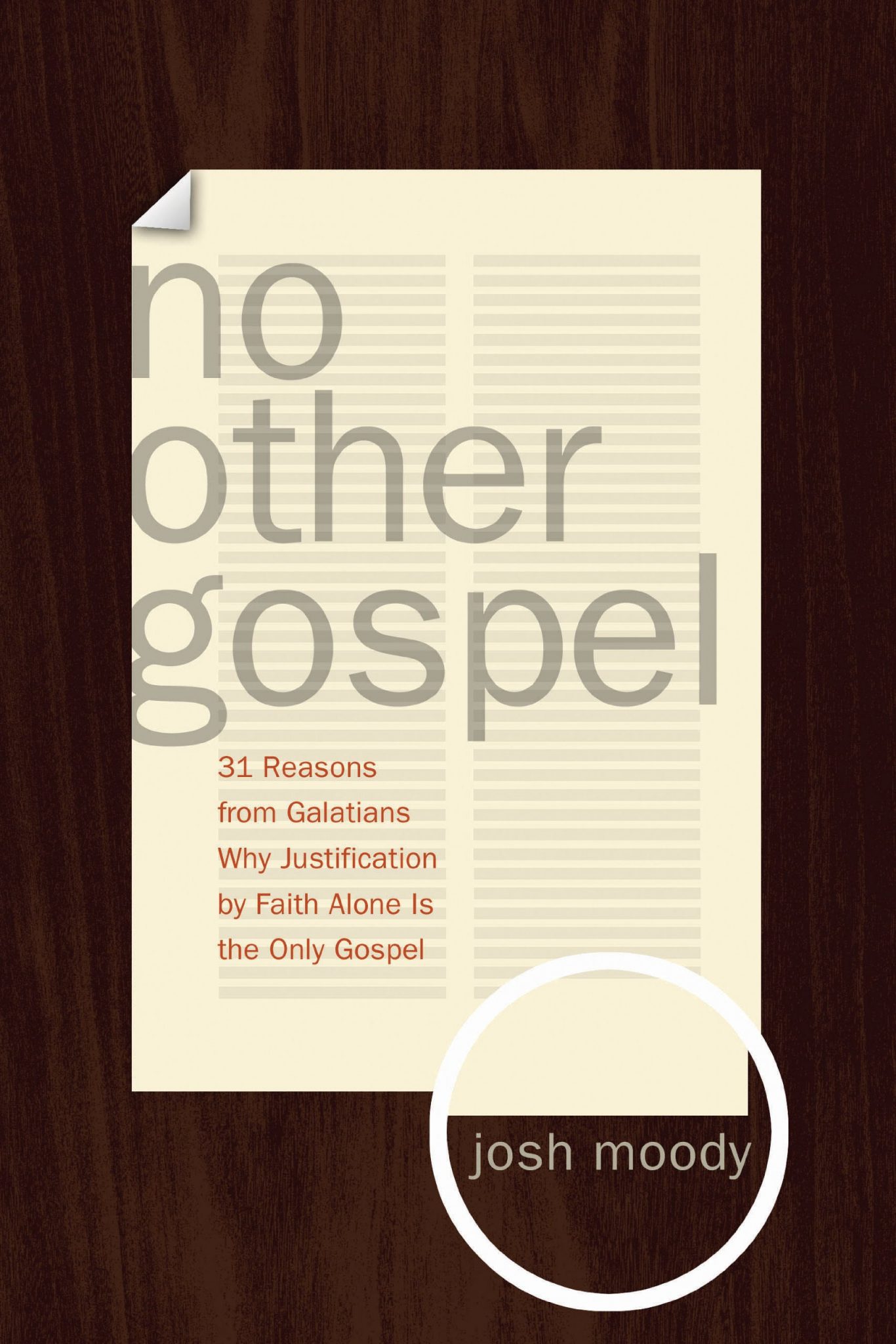 No Other Gospel: 31 Reasons from Galatians Why Justification by Faith Alone is the Only Gospel

No Other Gospel: 31 Reasons from Galatians Why Justification by Faith Alone is the Only Gospel

Moody finds in Galatians particular relevance and parallels to many churches today. Stemming from a series of sermons delivered to his church, he examines thirty-one reasons Paul gives for this gospel. Moody writes this book with a pastor’s heart, addressing important topics such as “The Gospel Not Moralism” and “The Use of Gospel Freedom.” Paul’s message is foundational to the Christian faith, and thoughtful readers will benefit from Moody’s exposition.

Second, this book is not an academic treatise. Moody notes that this work grew out of “a dynamic oral tradition, and it is passed on now with that same gleam or ardor” (9). The book reads in an easy, conversational tone. There is nothing that bogs the reader down.

Third, this book is full of the gospel. Moody takes Galatians as the great diagnosis of the human problem and the great remedy provided by God in Christ. “The book of Galatians is really neither about first-century Judaism nor about sixteenth-century Roman Catholicism. It is actually about our common human tendency to think we no longer need Jesus. We have moved on from the cross. We now have a bigger, better gospel-a gospel that is no gospel-that will divide us from God’s people, and that is the common human tendency to self-righteousness” (12).

Moody is marvelously God-centered. “The gospel of God is by its nature not designed to please humans. It is designed to please God. That is one sign of a false gospel, that somehow it tastes as we should have expected” (10). “And for our churches today, nothing, I think, shows the seriousness of the situation we are in than that we have birthed a generation that is not used to feeling humbled by the grandeur of the holiness of God, and therefore not living in the profound joy of thankfulness to Christ” (11).

Moody’s thematic treatments are doctrinal and practical. Again, in the tradition of Lloyd-Jones, Moody is contemporary (he doesn’t sound like a Puritan). He is textual, not ignoring the passage or simply using it as a point of departure. He is applicable on both personal and ecclesiastical levels. He is polemical without being unkind. He points out such errors as some aspects of the New Perspective. “People look at the context of the word justification in Galatians 2, table fellowship, and say that justification is about covenant markers for membership of the community. This is wrong; it is not what the word justification means, and the point that Paul is making to Peter and to the Galatians who are listening in (as it were) to their conversation is that behind these apparently small things, such as food rituals, is the much bigger issue of how we’re accepted before God, and therefore, who we accept into God’s family” (111). Moody correctly demonstrates that justification is a salvation issue with church (or ecclesiastical) implications.

When he deals with passages that are famously difficult, such as Galatians 4:21–31, he gives succinct, non-technical explanations. One particular issue that I took exception with was Moody’s interpretation of “faith in Jesus Christ” in 2:16. Moody takes the phrase as “the faithfulness of Jesus Christ” (see 109–113). Moody does not go in to exegetical detail for his interpretation, which in fairness to him, is outside the scope of this book. However, many, like me, will want to know why he departs from the traditional objective genitive (faith in Christ) and opts for the newer subjective or possessive genitive reading (faithfulness of Christ). See Tom Schreiner, Galatians, ZECNT, 163–166, for a defense of the more traditional reading.

Apart from some exegetical and interpretive differences here and there, it is a thought-provoking and edifying work. The book is a powerful defense of the gospel of Jesus Christ. It is saturated with the grace of the gospel. Christ and his cross are the central themes. How Paul works the gospel out in real life for the Galatians is marvelously applied to us today. No Other Gospel should take its place among the good books that are being published today that are helping the church rediscover and apply the gospel.