Condoleezza Rice served in high-profile roles as National Security Adviser and Secretary of State for President George W. Bush. Yet while President Bush was widely known and reviled by many for his conservative Protestant faith, Rice largely avoided this scrutiny of her similar religious beliefs. Rice, again teaching at Stanford University where she served before joining the Bush administration, attends Menlo Park Presbyterian Church, led by senior pastor John Ortberg. Her new memoir doesn’t address her consequential and controversial service under President Bush. But it does reveal a great deal about her faith and character, formed by her extremely close-knit family during the tumultuous end of segregation in Birmingham, Alabama.

Condoleezza, the only child of John and Angelena Rice, dedicates her book to the parents who sacrificed so much to see her succeed against the odds for a black woman growing up in America. Her affection and appreciation for them stands out on nearly every page.

They were middle-class folks who loved God, family, and their country. . . . They loved each other unreservedly and built a world together that wove the fibers of our life-faith, family, community, and education-into a seamless tapestry of high expectations and unconditional love.

Rice movingly describes the harrowing circumstances of her childhood in Birmingham. Her family planned long car trips to avoid driving in the dark on isolated roads in the Deep South. They couldn’t count on finding any hotels that would allow them to stay the night. She recalls the memorable sounds of bombs exploding in her neighborhood. She was in Birmingham’s Westminster Presbyterian Church, where her father served as pastor, when a bomb exploded two miles away at Sixteenth Street Baptist Church on September 15, 1963. The bomb, which killed four black girls, felt to Rice like it detonated across the street. The blasts gave Rice an early taste of the tactics she would later fight in Iraq and Afghanistan as she served President Bush.

Nevertheless, Rice did not experience segregation in all the ways we might expect from the still-famous images and video from the period. More Baptists than Presbyterians joined Martin Luther King Jr. in his marches. In fact, Rice’s father eschewed nonviolent protest and “hated” that King invited children to march. Even so, Condoleezza knew many of the children whose suffering shocked America when Birmingham Public Safety Commissioned Bull Connor unleashed police dogs and fire hoses on them. Condoleeza’s grandmother, with whom she stayed during some of the tumult, explained the events by repeating “the Lord works in mysterious ways.” But Condoleezza says, “I remember thinking that these mysterious ways were awfully cruel, but I didn’t say anything to my devout grandmother.” 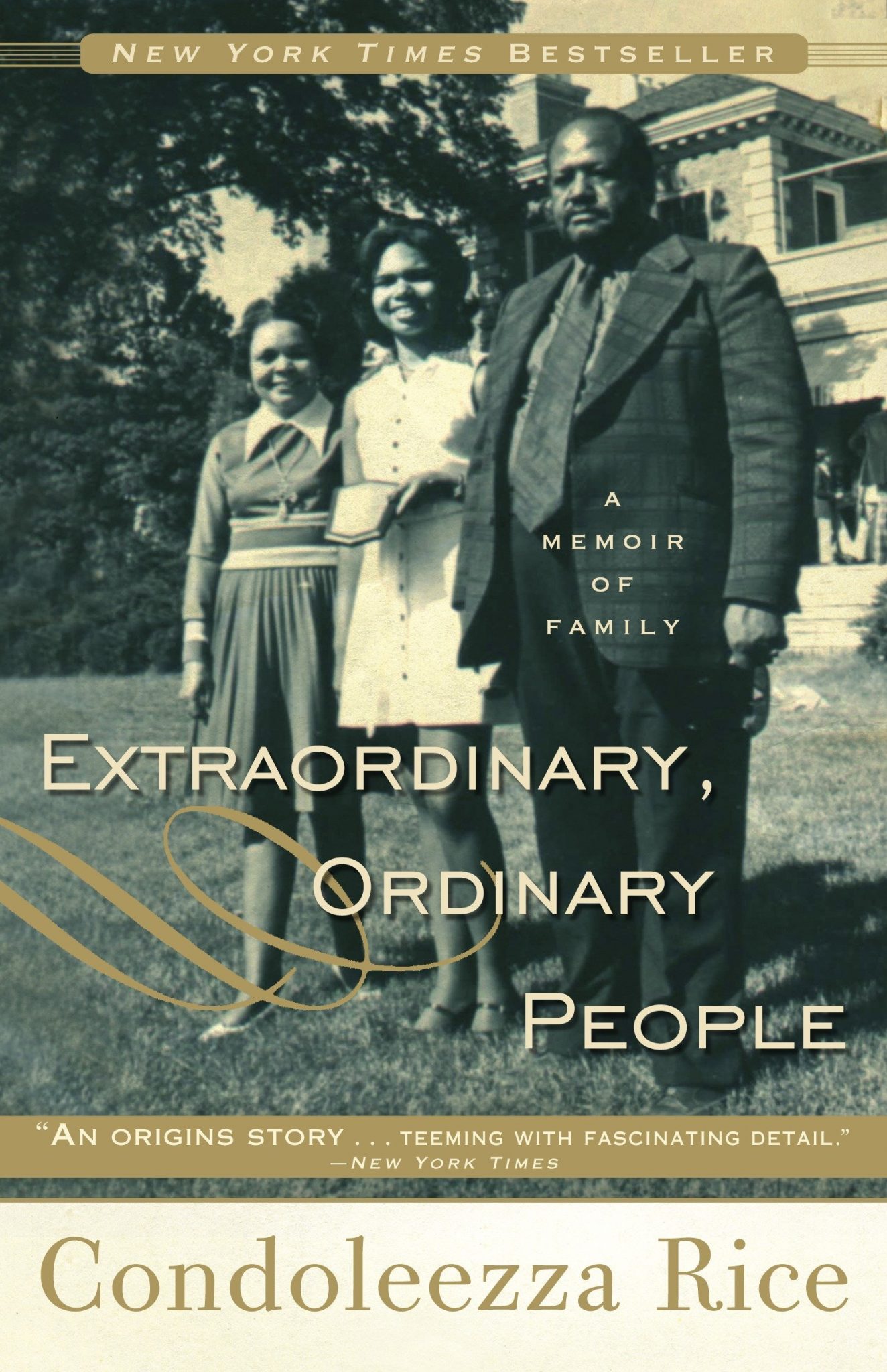 As comfortable describing lighthearted family moments as she is recalling the poignancy of her mother’s cancer battle and the heady challenge of going toe-to-toe with Soviet leaders, Rice holds nothing back in this remarkably candid telling. This is the story of Condoleezza Rice that has never been told, not that of an ultra-accomplished world leader, but of a little girl—and a young woman—trying to find her place in a sometimes hostile world and of two exceptional parents, and an extended family and community, that made all the difference.

Though she grew up in the “most segregated big city in America,” Rice says “segregation did not intrude every day and people lived good lives.” She remembers few single parents and many prominent black men leading her middle-class Birmingham neighborhood. The community treated pastors and principals like celebrities. Everyone went to church. Education promised a better future.

Whatever feelings of insecurity or inadequacy black adults felt in the appalling and depressing circumstances of Jim Crow Birmingham, they did not transfer it to us. For the children of our little enclave, Titusville, the message was crystal clear: We love you and will give you everything we can to help you succeed. But there are no excuses and there is no place for victims.

Rice frequently describes her father as an “educational evangelist,” with an emphasis on education. Her grandfather had started Westminster Presbyterian Church in Birmingham in 1944 and left its leadership to his son in 1952 when he moved to Mississippi to help another church. But Rice’s father, who later worked as an accomplished administrator for a number of colleges, was never completely comfortable as a pastor. Rice writes:

We exchanged views on everything from the teachings of Paul, about which my father had some reservations, to the horrors of Revelation. We discussed the relationship between the angry God of retribution in the Old Testament and the God of redemption in the New.

His reservations may have included limiting the office of elder to men, as Rice says he fought his denomination to ordain three women. Despite enjoying give-and-take with her father, Rice does not seem terribly interested in theology. She says she has never doubted her faith but sometimes struggles with complacency. She took much more interest in music, inherited from her mother, and sports, inherited from her father. In some ways, though, Rice stands apart from her parents. Her father exasperated of the petty political squabbles in the local church and college administration. But Rice has excelled as a university provost and diplomat on the world stage, managing the American response to the end of the Cold War.

At least for this reader, Rice’s childhood is much more interesting than her career. Rice’s account, which ends before she begins serving as National Security Adviser, reads like a relentless climb up the academic and political ladder. She is tough-minded, inheriting deep convictions from her parents and confirming them in experience. Such is her support of the Second Amendment, rooted in remembrance of her father and neighbors patrolling their neighborhood to protect themselves against racist bombers. Rice finds great value in her achievement, which invariably pleased her late parents. She is a proud feminist and beneficiary of affirmative action, at once refusing to make her race or gender an excuse but pointing out several slights.

Rice tells a classic American story of faith, family, and fame, where education and hard work liberate us from ignorance and oppression. It’s a compelling memoir but not a gospel story, where Jesus Christ reconciles us to one another by reconciling believers with God in his death and resurrection. Nevertheless, Christians should read the book to understand the devastating effects of institutionalized, collective sin and appreciate the families and communities that bonded together to overcome.