The year 2007 marked the 200th anniversary of the abolition of the slave trade in the British Empire. In conjunction with that historic milestone, William Wilberforce and John Newton have received considerable attention from historians and popular biographers because of their key roles in securing the passage of the Slave Trade Act of 1807. However, these two men were part of a larger group of evangelicals within the Church of England who were committed to orthodox theology, global missions, the moral reformation of society, and matters of social justice—chiefly ending slavery. These activist evangelicals, often called the “Clapham Sect” or “Clapham Saints” because of the neighborhood in which most of them lived, included both clergy and laypeople. Though Wilberforce is the most famous of the latter, Hannah More deserves a place of privilege among the Clapham Saints.

Liberty University English professor and prolific essayist Karen Swallow Prior is a thoughtful cultural critic, award-winning classroom teacher, and scholar of More’s literary works and their influence within British literature. In Fierce Convictions: The Extraordinary Life of Hannah More: Poet, Reformer, Abolitionist, she introduces modern evangelicals to More’s life and legacy. The result is a winsome biography of an influential figure largely unknown outside a narrow circle of historians and English scholars.

Making of a Muse

More was born near Bristol in 1745 to humble means that, as Prior demonstrates, she almost certainly downplayed in her later recollections of her childhood years. Her father, Jacob, was a schoolteacher; Hannah and her four sisters—none of whom ever married—would all follow in their father’s footsteps. Though Hannah was sickly and suffered through a prolonged engagement that never blossomed into marriage, by the 1770s she had become an accomplished playwright. She made annual trips to London and became part of a cultured scene that led to friendships with luminaries such as the actor David Garrick and the famous men of letters Samuel Johnson and Horace Walpole. She also became involved in the Bluestockings, a group of mostly upper-class women interested in intellectual pursuits and the arts. 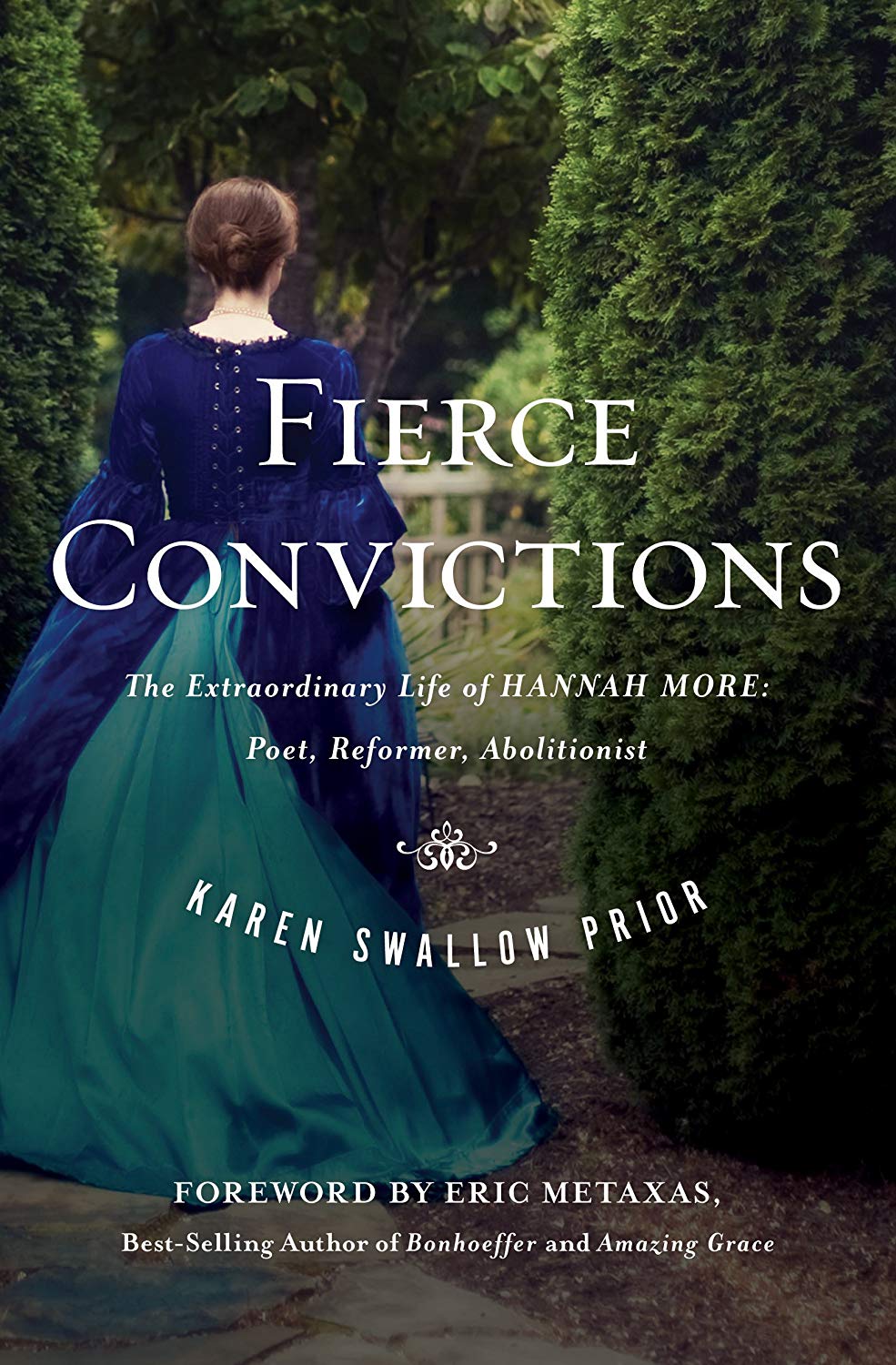 More had a gift for friendship that often transcended differences such as rich and poor, believer and unbeliever. Nevertheless, Prior argues that More was somewhat of an outsider in elite circles. She could be overbearing socially, especially around the rich or famous, and apparently had a reputation as something of a name-dropper. Further, by the early 1780s, More was becoming increasingly committed to evangelicalism; her serious religion stood in stark contrast to nearly all of her literati friends. She became increasingly uncomfortable with the decadence of the London scene. After critics panned one of her plays in 1779, she never wrote another production for the stage, turning her attention instead to poems, cultural essays, tracts, and novels, the latter of which included the bestselling work Coelebs in Search of a Wife (1809).

More’s writings blessed her with considerable wealth. As a wealthy evangelical, she came into the orbit of Wilberforce and the other Clapham Saints. At Wilberforce’s encouragement, Hannah and her sisters operated a school for impoverished girls in the village of Cheddar. She also became a leading advocate of education reform, particularly among women. Like the other Clapham Saints, More was concerned with reforming British morality (or “manners”) and ending slavery. To that end, most of her writings from the late 1780s onward were devoted to practical Christian piety and moral reform. Her most widely read works were the Cheap Repository Tracts, a collection of short, popularly written booklets intended to promote orthodoxy and morality among the working classes.

Like all the Clapham Saints, More’s evangelical activism was filtered through her status as a member of the upper class and a committed political conservative. She opposed the American and especially French Revolutions and believed that moral, spiritual, and even political reformation should come through existing cultural channels. As a wealthy philanthropist, she often took a condescending, maternalistic approach to reform, which at times led her to see those she was attempting to help as projects more than people. Unlike famous novelists of the next generation such as Jane Austen and George Eliot, More held to and actively perpetuated conservative, traditional views of gender roles. Her views were especially prevalent (and criticized) in her influential treatise Modern System of Female Education with a View to the Principles and Conduct of Women of Rank and Fortune (1799). While Prior clearly appreciates her subject, she doesn’t hesitate to politely point out More’s personal shortcomings, as appropriate.

During her final years, More suffered from numerous ailments, though she remained mentally sharp until the last couple years of her life. Though she didn’t travel much in her latter days, many noteworthy evangelical leaders and other philanthropists made pilgrimages to her home in Clifton, Bristol. More died in 1833, less than two weeks after the passage of the Slavery Abolition Act and about six weeks after Wilberforce’s death.

Fierce Convictions is a joy to read, and though written for a popular audience, Prior is a scholar of More’s work who has done due diligence in her own research. She also regularly interacts with the arguments of other scholars who have studied More’s life. In this particular case, “popular” should not be confused with “shallow.” Prior has written a meaty book that is now the best place to learn about More’s life and legacy.

Like all the Clapham Saints, Hannah More provides a role model for contemporary evangelicals who desire to embrace a vision of the spiritual life that balances a deep piety with faith-based activism. However, like the other Claphamites, she is an imperfect role model. More could be socially irritating and culturally condescending. Most importantly, her moralistic tendencies need to be balanced with a healthier understanding of gospel-centeredness. Nevertheless, modern evangelicals should reserve a place for More alongside Newton and Wilberforce as devout leaders whom the Lord used to winsomely represent Christ and make meaningful strides in the moral and spiritual reformation of British culture.