For most of my life, I’ve taken my love of novels for granted. I’ve taken for granted that such a love needed no explanation or justification. But the more I’ve written in recent years about the pleasures and gifts of reading literary fiction—particularly writing about these topics in Christian spaces—the more I’ve come to see that many Christians, viewing fiction as frivolous entertainment, don’t realize the role of the novel in forming the modern world and, therefore, our sense of ourselves.

“For almost three hundred years,” Joseph Bottum writes in The Decline of the Novel, “the novel was a major art form, perhaps the major art form, of the modern world—the device by which, more than any other, we tried to explain ourselves.” Thus, to understand the rise and the fall of the novel is to understand what it means to be modern and, perhaps, to be better prepared for whatever comes after modernity.

The fact is you don’t have to have read Jane Eyre or Ulysses or The Catcher in the Rye to have been shaped by these books. Novels have shaped the modern world that has shaped each of us, whether we realize it or not, especially in our self-perception. For example, you need not have read about a Byronic hero in Wuthering Heights to have emulated or been bested by one in real life: popular songs and films (and likely video games, too) are filled with them. The modern world in which we live and move and have our being has been shaped by the novel. 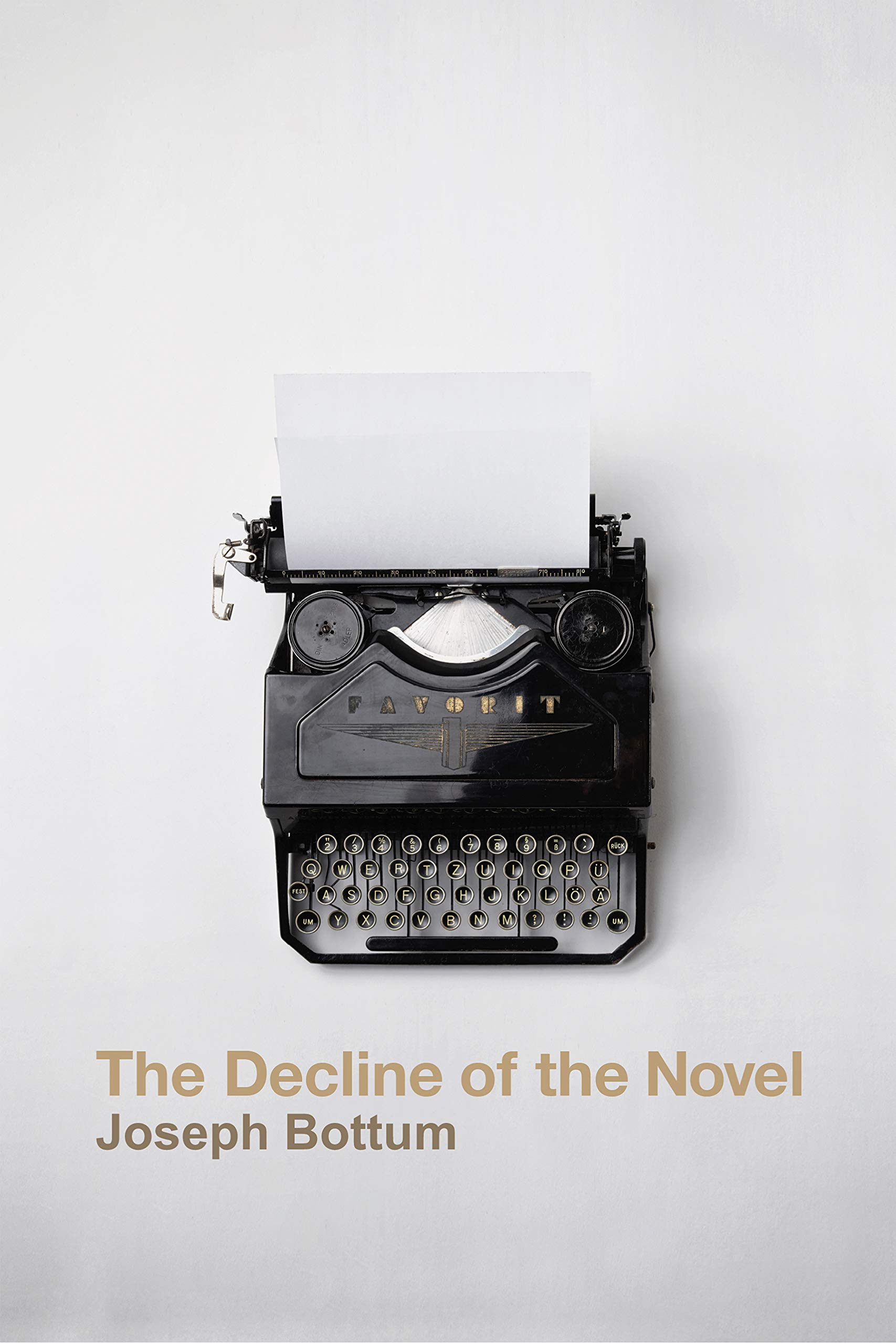 The Decline of the Novel

The Decline of the Novel

The novel has lost its purpose, Joseph Bottum argues in this fascinating new look at the history of fiction. We have not transcended our need for what novels provide, but we have grown to distrust the culture that allowed novels to flourish. “For almost three hundred years,” Bottum writes, “the novel was a major art form, perhaps the major art form, of the modern world—the device by which, more than any other, we tried to explain ourselves to ourselves.” But now we no longer “read novels the way we used to.”

Told in fast-paced, wide-ranging prose, Bottum’s The Decline of the Novel is a succinct critique of classical and contemporary fiction, providing guidelines for navigating the vast genre. this book is a must-read for those who hunger for grand accounts of literature, students of literary form, critics of contemporary art, and general readers who wish to learn, finally, what we all used to know: the deep moral purpose of reading novels.

The modern world in which we live and move and have our being has been shaped by the novel.

Bottum helpfully identifies several ways this is so.

Making of the Modern Age

The novel arose in the early 18th century as a literary form reflecting and cultivating a “turn to the interior.” This interiority is what, in part, distinguishes the modern conception of the self from the pre-modern one. The distinction is also an epistemological shift, reflecting a newly demarcated “distinction between objectivity and subjectivity” that can be traced “from Descartes through Rousseau and down to Immanuel Kant.” This emphasis on interior life shows “an increasing cultural agreement that domestic life and domestic drama are real.” The early novels centered on intimate, domestic life because of this emerging emphasis on private life. Rather than all the world being a stage, as the dramatist would have it, a great deal of what constitutes the world begins and ends in the home, as the novelist shows.

Channeling a long tradition of literary history and criticism of the novel, Bottum shows that this shift in the conception of the self is rooted in the theology of the Reformation, particularly in Protestantism’s emphasis on “the salvation and sanctification of the individual soul.” Understanding this connection between Protestantism and the novel form is helpful for Christians, not only in and of itself but also as a telling example of the way that one significant cultural artifact reflects the inseparability of the church and its surrounding culture.

The novel’s role was so central to the making of the modern age that its decline indicates, Bottum argues, “a genuine cultural crisis.” The form developed in an age characterized by shared belief in “progress”—the progress of the individual pilgrim on a spiritual journey, as well as the progress of a society made possible through such shared belief. For three centuries, novels were developed, written, and read by people who believed their culture was, as Bottum puts it, “called to something higher.” Thus novels were developed, written, and read by people who fought revolutions, regulated child labor, abolished the slave trade, expanded education for women and the poor, and expanded the right to vote beyond landowners. These events—and the novel itself—arose within a culture of generally agreed-upon norms. Indeed, the novel’s decline parallels the dissolution of such a unified set of values.

The novel itself arose within a culture of generally agreed-upon norms. Its decline parallels the dissolution of such a unified set of values.

Novels today are democratized: they achieve, perhaps even aim for, popularity more than greatness (not that these categories must be mutually exclusive: Charles Dickens was great and popular). Bottum devotes several chapters to analyses of great novelists (including Dickens), but his chapter on the popular fictions that compose much of today’s novel-reading diet is particularly illuminating and insightful. Here Bottum offers helpful praises and critiques of contemporary appetites for children’s books, genre fiction, graphic novels, and other forms that represent a “turn away from realism” to mythopoetic forms. The mythopoetic genres include, notably, works that are favorites among contemporary evangelicals—novels by Tolkien, Lewis, and Rowling, for example.

I’ve long puzzled over what seems to me to be an overwhelming preference by evangelicals for fantasy literature. Bottum’s analysis suggests, accidentally, a reason for this. Borrowing philosopher Charles Taylor’s terms in A Secular Age (which describes modernity as a condition in which the world is “disenchanted” because we no longer believe in God or the supernatural), Bottum writes:

[T]he great purpose of the modern novel was to re-enchant our sense of the world with fictional narratives that put in parallel the sanctifying journey of the soul with the physical body and social journey of the body . . . to knit back together the interior and exterior realities that the modern age had split apart.

We as Christians may live in a secular age in which the world is disenchanted. But we still know the world as enchanted because we continue to believe in a transcendent order that animates this world and the next. For us, interior and exterior realities aren’t split apart. Thus, perhaps, rather than “parallel journeys” Christians are naturally more drawn to laminating ones—to close layers manufactured to protect what we know to be real. We don’t need realism when we know what’s real.

We still know the world to be enchanted because we continue to believe in a transcendent order that animates this world and the next.

Or so we think.

The modern novel developed to meet the needs of a secular age that Christians see ourselves as not needing. But even if we aren’t of this modern world, we’re in it. If we neglect what our secular age has sought and wrought in its most significant cultural artifacts, we know our world less. More importantly, we know less the way this world has shaped our own sense of ourselves. Even if we haven’t been reading great novels, they’ve been reading us all along.

3 How to Spot a Wolf