“It is impossible to live at peace with those we regard as damned,” opined 18th-century French political philosopher Jean-Jacques Rousseau.

In his new book, Confident Pluralism: Surviving and Thriving through Deep Difference, John D. Inazu aims to outline a framework that would render Rousseau’s claim false. Inazu, a political scientist and law professor at Washington University in St. Louis, captures this framework in the titular phrase “confident pluralism,” which he describes as “a political solution to the practical problem of our deep differences” (6).

This political solution consists of two basic elements: (1) a legal and constitutional order and (2) civic and cultural practices. Confident Pluralism thus proceeds in two main parts, beginning with Inazu’s analysis of the current legal landscape, along with prescriptions for necessary changes, and concluding with an examination of the social practices and virtues required for allowing “us to function—and even to flourish—despite the divisions arising out of our deeply held beliefs” (8).

Inazu’s survey of legal trends in America paints a depressing picture. Over the last century and at seemingly every turn, constitutional protections for voluntary and civil social institutions—including the church and other religious groups—have been either hollowed out or sharply curtailed.

On the legal-constitutional side, Inazu recognizes need for improvement aimed at strengthening the right of association, the inclusion of diverse and even contradictory voices in public discourse, and the equity of public support for views and groups that dissent from majoritarian orthodoxies. Thus he concludes:

Our current constitutional framework falls short and is headed in a wrong direction. In other words, we must alter the course of our legal framework for confident pluralism to be a sustainable political possibility. (125)

On the question of the right to assemble, for example, Inazu surveys recent jurisprudence that improperly separates the right to speak from the conditions necessary for speech, including the creation of institutions that provide the moral and spiritual resources required for principled action. It isn’t enough to simply protect an isolated act of speech or expression: 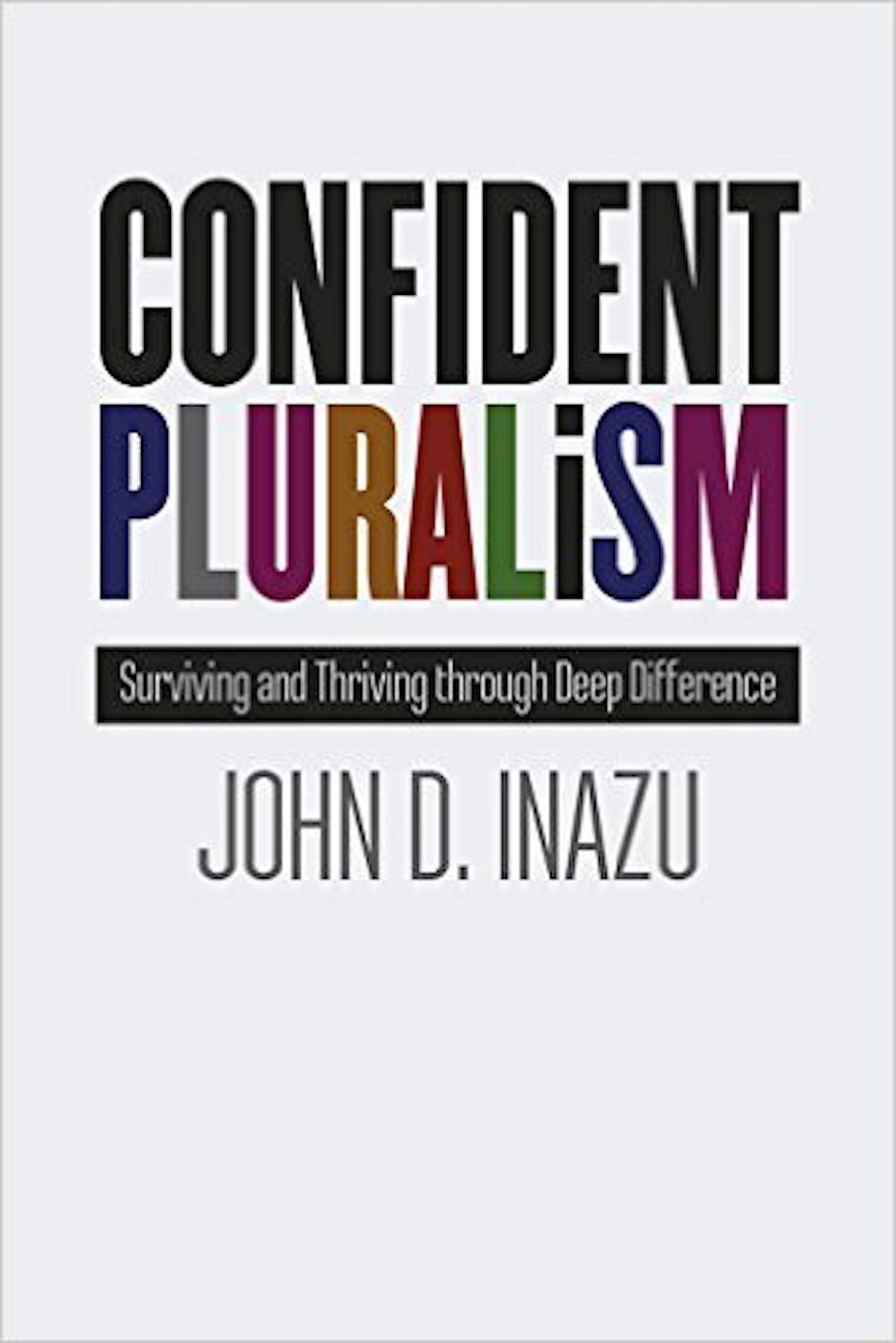 In order to protect the expression that emerges from groups and effects political change, we must first protect the background relationships and informal activities that provide the space and structure for that expression to form. (19)

We see here a parallel between (1) the collapsing of the right of assembly into the right of expression with (2) the truncating of religious liberty into a more limited right to worship. In both cases the broader and more fundamental legal ground on which authentic expression finds protection is eroding.

Civil practices are as equally important as the appropriate legal protections for the realization of Inazu’s proposal for confident pluralism. In addition to constitutional commitments to rights, inclusion, and dissent, we need civic practices that aspire to tolerance, humility, and patience. We need to practice speech that edifies and promotes the good of others rather than engaging in discourse that marginalizes, dehumanizes, or dishonors others.

Moral judgments can focus on ideas and beliefs rather than on people. They can avoid stigmatizing others, but they will not avoid causing offense. We fall short of the aspirations of tolerance, humility, and patience when we stigmatize others. But we risk a false tolerance—and a false humility—if we insist that nobody can be offended. (101)

Confident pluralism is, in fact, morally principled, even though it may appear at times to be exceedingly accommodating of hostile perspectives.

Readers will find much of value in Inazu’s brisk and winsome vision for an American polity newly reoriented toward confident pluralism, even if some of his particular conclusions aren’t entirely compelling. His survey of the current constitutional landscape manifests the facility of a law professor as he deals with a sometimes dizzying array of cases, from Christian Legal Society v. Martinez to Employment Division v. Smith to Hosanna-Tabor v. EEOC.

The ease with which Inazu invokes these and other cases can at times obscure rather than illuminate the particular issues at play, especially for those of us who aren’t legal scholars and may be only superficially familiar with such cases. The inclusion of a brief appendix providing a summary of the most significant and relevant cases would’ve made the volume even more useful, even if such information is available from other sources. Additionally, a brief outline of the basic principles of confident pluralism (rights, inclusion, dissent, tolerance, humility, and patience)—and attendant requirements—might help keep the reader oriented through Inazu’s sometimes swift exposition.

One of the key lessons from Inazu’s vision for confident pluralism is that Christians themselves must act as a force against Rousseau’s cynical prophecy. If we can’t learn to live alongside those with whom we differ, what hope is there for those not bound to forgive as we have been forgiven? If Christians can’t exercise virtues like patience and humility, on what basis may we reasonably expect others to do so? Or, perhaps even more sharply, can Christians live in temporal peace with the world even while striving against spiritual principalities and powers (2 Cor. 10:3–5; Eph. 6:12)?

It may be that the church will find itself increasingly isolated in its pursuit of flourishing for all. This doesn’t eliminate our obligation to suffer for the sake of the gospel. For confident pluralism to be a viable future for America, Christians must champion it, in private and in public, in theory and in practice.