In his new book, Addicted to Lust, Samuel Perry helps us face the painful hypocrisy of “pornography in the lives of conservative Protestants.” After the recent revelations of sexual abuse in some churches of the Southern Baptist Convention, this book adds to the urgency of reestablishing basic integrity in our midst.

The persuasive power of his study depends on his evidence. So let’s think it through.

Chapter one, “From Obscenity Outside to Addiction Within,” tracks the trend among conservative Protestants of perceiving pornography no longer as a distant threat but as a clear and present danger. That seems indisputable.

Chapter three, “Fleshly Lusts That War Against the Soul,” portrays conservative Protestants as tending toward “sexual exceptionalism.” That is, we obsess about failing to live up to our group’s sexual norms, because sexual sin is felt to be the worst kind of sin. If sexual exceptionalism is indeed the message people are hearing from us, we need to re-examine what we are saying.

In the conclusion, Perry proposes that the collision of “sexual exceptionalism” (perceiving sexual sin as an ultimate crisis that other sins do not create) with “moral incongruence” (the split mentality of moral standards simultaneously venerated and violated) in the soul of conservative Protestantism is getting worse. This is due to (1) the perception of sexuality as the focal point of a person’s total spiritual condition, (2) the “complementarian sexual ideology” that shames women more than men, (3) relational patterns in marriage intensifying the harmful effect of porn, and (4) an inadequate theory of pastoral care—that is, biblical counseling is inadequate, while “evidence-based, secular strategies for helping people overcome problem behaviors” are adequate.

As our path forward, Perry suggests (1) relieving the negative intensity of sexual exceptionalism, (2) shedding the “completely counterproductive stereotypes” of complementarianism, and (3) nurturing more honest, patient, and understanding communities, where people can work through their problems together. Anyone at Immanuel Church in Nashville will know that we are huge believers in this third prescription. Total agreement there! 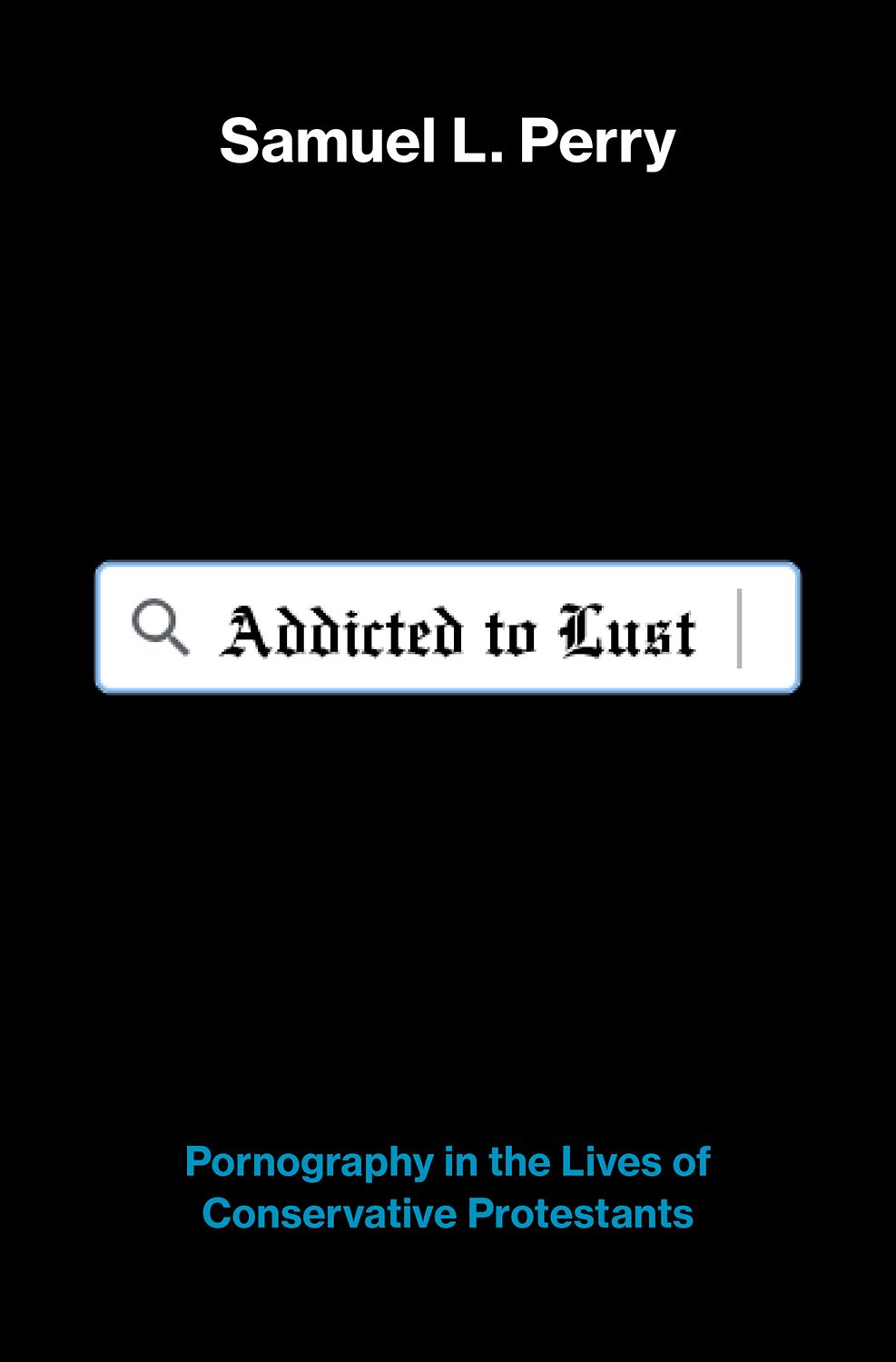 Addicted to Lust: Pornography in the Lives of Conservative Protestants

Addicted to Lust: Pornography in the Lives of Conservative Protestants

Drawing on more than 130 interviews as well as numerous national surveys, Addicted to Lust shows that, compared to other Americans, pornography shapes the lives of conservative Protestants in ways that are uniquely damaging to their mental health, spiritual lives, and intimate relationships. Samuel L. Perry demonstrates how certain pervasive beliefs within the conservative Protestant subculture unwittingly create a context in which those who use pornography are often overwhelmed with shame and discouragement, sometimes to the point of depression or withdrawal from faith altogether.

As these chapters unfold, Perry paints a picture of conservative Protestantism that some will hesitate to identify with. Some readers will find themselves characterized in ways that leave them thinking, But that isn’t what I believe. Perhaps more interactions with the best representative leaders of the movement might have lowered the risk of creating this impression.

There is another consideration, one built into the sociological method. It isn’t a failing, but in the context of The Gospel Coalition it deserves to be pointed out. Any empirically based study of human sexuality, even one that contributes to our understandings, can’t discern the true glory of it all. I say this not with an ungrateful or disrespectful attitude toward sociology. I say this because of the grandeur of our sexuality claimed by Scripture. If the biblical reasoning I presented in Marriage and the Mystery of the Gospel holds up, then our sexuality is an amazingly glorious reality entrusted to us by God himself. Paul said of marriage, “This mystery is profound” (Eph. 5:32). No sociological study, however insightful, can reveal the profundity of manhood, womanhood, and human sexuality as created by God.

Maybe we theologians are crazy. Maybe we’re making it up in our own heads. Maybe that line in A Beautiful Mind gets at the truth of our sexuality: “Essentially, we’re talking about fluid exchange, right?” But maybe this intense reality we call sexuality really is a profound mystery. Sociological observations can enhance our understanding of the dynamics we create. But biblical insights alone can unveil the purposes of God.

Sociological observations can enhance our understanding of the dynamics we create. But biblical insights alone can unveil the purposes of God.

The final significance of Addicted to Lust goes beyond sociology. The publication of this book is surely a prophetic jolt for us TGC-types. Even if this book might not satisfy us in some ways, still, it does document the hypocrisy widespread in our movement. For that, we owe Perry a debt of sincere gratitude. So I conclude this review with an appeal for our own self-examination.

There is a danger built into what we’re rightly attempting at TGC—to lift up a positive rallying point for the gospel in this generation and the next. But there is a danger, without our intending to, of slipping into the role of standard-bearers of all that is right and true and worthy. It’s one thing to assert that biblical standards matter. They do. But it’s another thing to be seen as living up to those standards. We do not.

True doctrine not only doesn’t save us from Pharisaism; true doctrine can expose us to it: “God, I thank you that I am not like other men” (Luke 18:11). That Pharisee was Reformed. He thanked God for the distinguishing grace in his life. But his hypocrisy lay in his sincere belief that he was “not like other men.” We also remember, with solemnity, how the apostle Paul confronted the morally serious person who looks at this amoral world with disapproving superiority: “You, the judge, practice the very same things” (Rom. 2:1).

My friend Sam Allberry recently passed along this quote from Thomas Aquinas, in his commentary on Titus 3:10, where Aquinas locates sexual integrity in the category of orthodoxy, at the level of Trinitarian theology: “If a person were to maintain that God is not triune and one, or that fornication is not a sin, he would be a heretic.” But most searchingly of all, the prophet Nathan said to sexually hypocritical David: “You have utterly scorned the Lord” (2 Sam. 12:14).

We conservative Protestants believe that our sexuality exists for the glory of the Lord. Therefore, our sexual sins stab him in the back. We’re qualified to serve him not just by our doctrinal orthodoxy but also by our comprehensive integrity, “fully pleasing to him” (Col. 1:10). But orthodox beliefs concealing secret sins stink to God. They stink to any honest person: “The name of God is blasphemed among the Gentiles because of you” (Rom. 2:24).

These things being so, Addicted to Lust demands from us a response that goes beyond a book review. Here is my recommendation. In the near future, we should devote a national conference—whether The Gospel Coalition or Together for the Gospel or some other high-visibility event—to this simple, blunt theme: Are we right with God? And here is a text that could guide us into the repentance and revival we so obviously need for this generation and the next: