Can anything be said about the Bible’s teaching on marriage that hasn’t already been said a million times? Probably not. But that doesn’t mean the same old things can’t still be said well. And saying things well is something Ray Ortlund has a knack for.

Ortlund’s new book, Marriage and the Mystery of the Gospel [20 quotes], is the second installment in Crossway’s new Short Studies in Biblical Theology series, edited by Dane Ortlund and Miles Van Pelt. The series aims to be a layperson’s version of the New Studies in Biblical Theology series, to which Ortlund contributed a volume on the biblical theme of spiritual adultery.

At a little more than 100 pages this book clearly lives up the goal of being a “short study,” but how exactly does it go about being biblical theology? Let’s look at a couple of ways.

From Genesis to Revelation: A Canonical Survey

For those unfamiliar with the jargon, the kind of “biblical theology” Ortlund is going for is not biblical as opposed to unbiblical (though I’m sure he aimed for that, too). Rather, this “biblical theology” is more about method than content—it’s a way of doing theology. Biblical theology generally takes a theme from Scripture and traces it through the Bible’s unfolding storyline of creation, fall, redemption, consummation. And this usually means beginning at Genesis and ending with Revelation.

Reading these chapter titles, one might notice Ortlund spends a disproportionate amount of time on Genesis. The reason is simple: When it comes to marriage, Genesis is disproportionately significant. It’s in Genesis 1–3 that we find out what marriage is, where it came from, and how it was spoiled. Even in his treatment of the New Testament, Ortlund spends most of his time showing how it unpacks Genesis 2:24 (79–103). Anyone teaching or preaching from these chapters would do well to acquire Marriage, since Ortlund essentially provides an exposition of almost every major point of the text from Genesis 1:26–3:24. 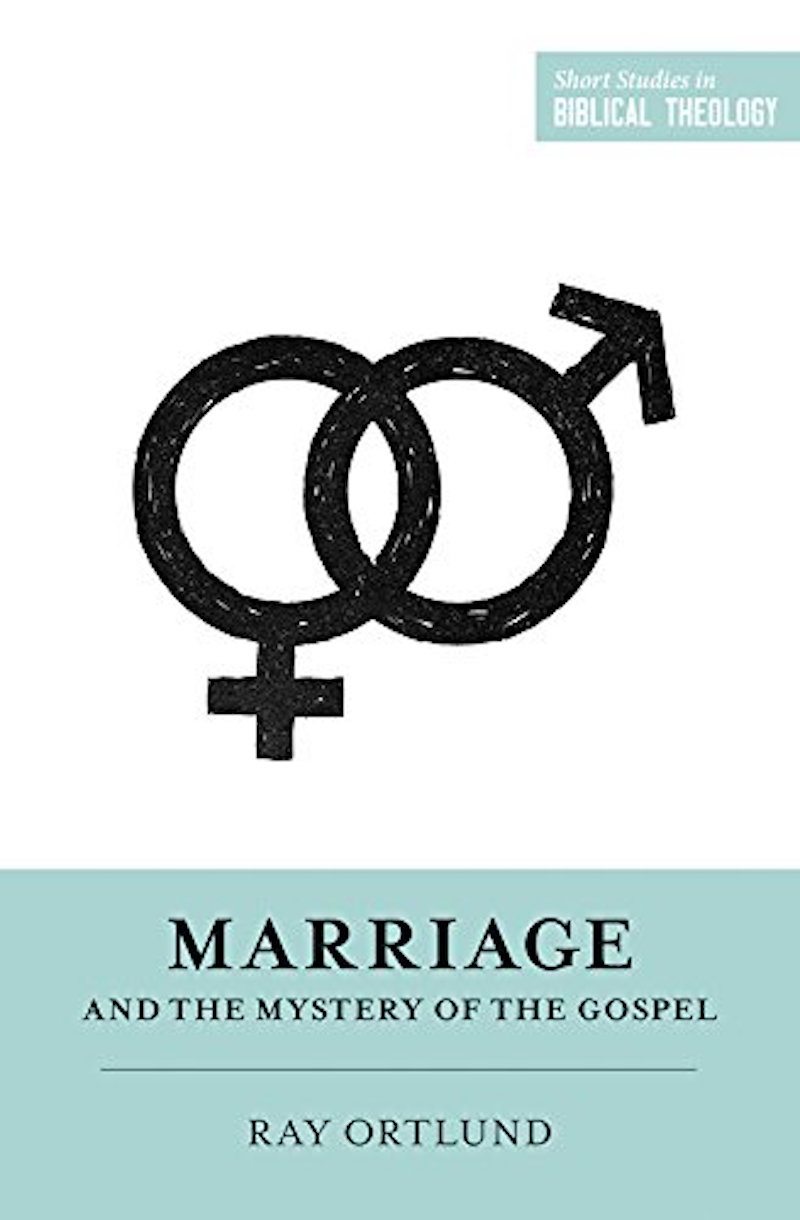 Although his goal obviously isn’t to be exhaustive (then it wouldn’t be a short study), the book does feel comprehensive. In the way of major texts, I can’t think of any major omission.

From Creation to New Creation: Marriage as the ‘Wraparound Concept’

But biblical theology isn’t just about following the biblical storyline in order. It’s about seeing how the gospel of Christ is at the heart of that storyline from beginning to end.

And here Ortlund is at his best in showing us how marriage is central to the grand sweep of Scripture. As he puts in the preface, “The Bible is a love story” (13). He elaborates:

The biblical love story begins on a grand scale: “In the beginning God created the heavens and the earth” (Gen. 1:1). The story ends on an even grander scale: “Then I saw a new heaven and a new earth, for the first heaven and the first earth had passed away” (Rev. 21:1). The first cosmos was created as the home of a young couple named Adam and Eve. The new cosmos will be created as the eternal home of the Son and his bride. It is not as though marriage is just one theme among others in the Bible. Instead, marriage is the wraparound concept for the entire Bible, within which other themes find their places.” (16)

Ortlund observes that this theme of the ultimate marriage of the Lord with his people is a “thread . . . woven into the literary fabric [of Scripture] early on” (74). But it’s especially in Ephesians 5:22–33 that we see the mystery finally unveiled: From the beginning, human marriage was meant to serve as an icon for the marriage of Christ and his church. His marriage was always the substance; ours was always the metaphor (100). The eternal marriage of Jesus and his people is why human marriage exists (100). Indeed, this eternal love story is “why God created the universe” (100, italics added).

Especially with his language of “wraparound concept” and “love story,” Ortlund takes a familiar concept and helps us see it afresh.

While the skeleton of Marriage is biblical theology, there’s plenty of practical and exegetical meat on these bones. I might not go so far as to say it’s required reading for premarital counseling, but then again, at 100 pages maybe I would—especially the sections on Genesis and the Wisdom literature. Ortlund’s pastoral heart is apparent throughout. As for exegesis, this book should prove valuable for teachers and preachers, since much of it consists of extended expositions of key passages, including 1 Corinthians 6:15–20, Ephesians 5:22–32, Hebrews 13:4, and Revelation 19:6–9.

Of course, no contemporary book on marriage would be complete without engaging current cultural challenges. I should say first of all that cultural engagement and apologetics aren’t the main goal of this book. For the most part, Ortlund engages the counterfeits by painting a picture of the truth. For compact treatments of the social benefits of natural marriage or its rational and creative defense, Marriage should be supplemented by books like Andrew Walker and Eric Teetsel’s Marriage Is or Anthony Esolen’s Defending Marriage (this trio would make a useful reading list for a college Bible study group).

Having said that, Marriage is useful in this area as well. From the beginning, Ortlund recognizes he’s writing in a post-Obergefell America (12). And though he doesn’t suggest any specific political responses to the recent Supreme Court decision, neither does he counsel retreat or acceptance of the new status quo. Instead he rightly continues to affirm that given the nature of marriage, the state has a “clear interest in supporting and protecting [it]” (113), and warns that we can’t break the natural law without breaking ourselves in the process.

Finally, in a brief closing chapter titled “Marriage in the World Today,” Ortlund exhorts the church from Hebrews 13:4 to create a culture that honors marriage and eschews immorality, noting that it’s “falling to our generation to raise up a prophetic counterculture in the face of the sexual revolution’s direct attack on Christ and his marital appeal at the heart of the gospel” (115).

Ortlund is right. Whether or not we’re up to the challenge remains to be seen. But it certainly won’t hurt us to have books like this one. May God increase their number.