Brian Hedges wades into this conversation with his new book, Active Spirituality: Grace and Effort in the Christian Life. Hedges, lead pastor of Fulkerson Park Baptist Church in Niles, Michigan, chooses a unique approach—the book is written as a series of 31 letters from a pastor to a young believer named Chris. Though we as readers only hear one side of the conversation, this doesn’t hinder the book’s readability. The pastoral letters give us clear information as to what Chris is struggling to understand and obey. It’s obvious he’s trying to find a church, live a holy life, and seek after Christ. Hedges’s pastoral wisdom and insight are lucidly demonstrated in the pages of these letters. 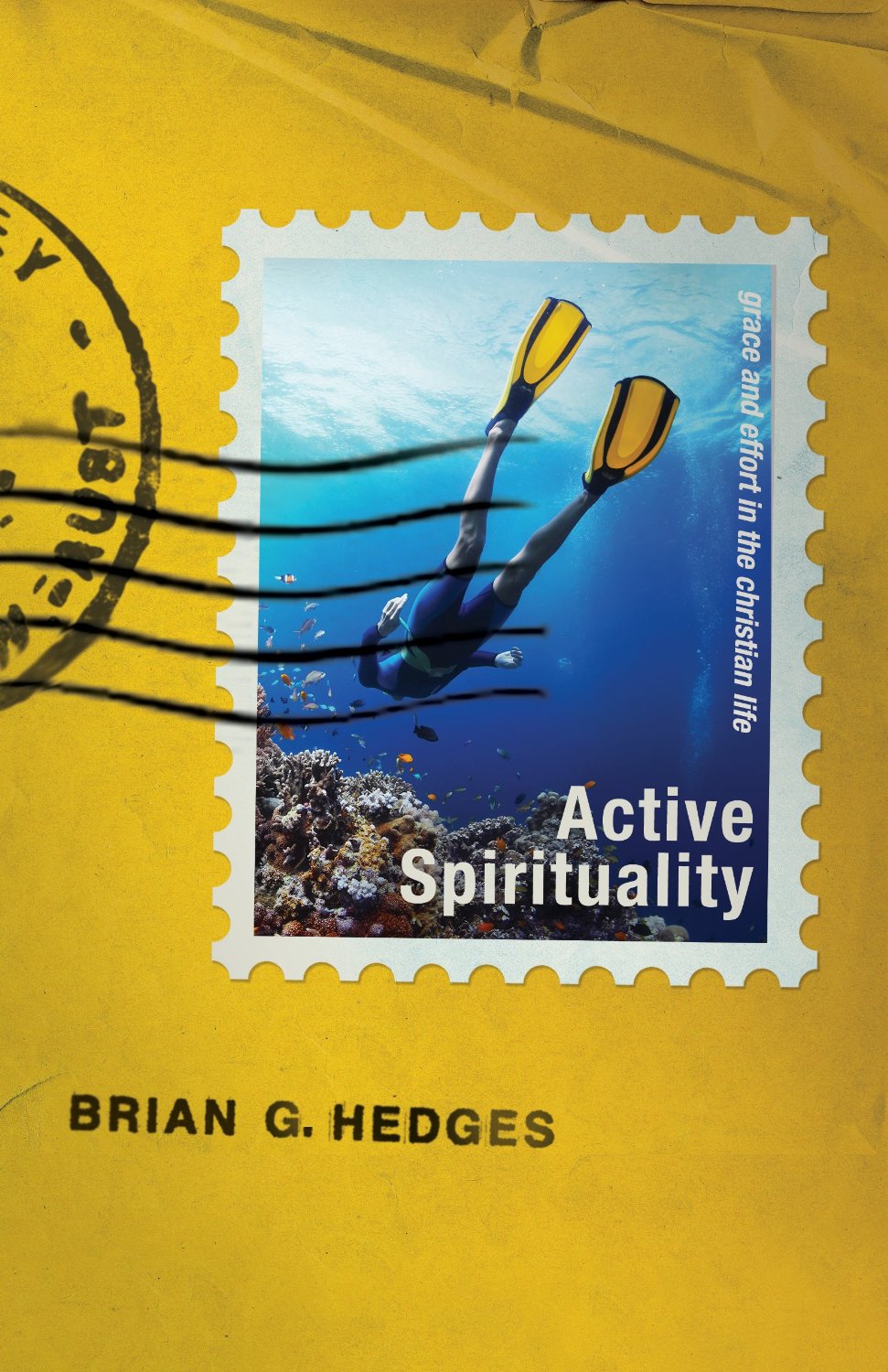 Active Spirituality: Grace and Effort in the Christian Life

Active Spirituality: Grace and Effort in the Christian Life

I confess that when I stumble across such volumes, unique in construction, as a pastor and theologian I get a little nervous. With this book, I was concerned the letters would either feel forced, as if one were cleverly trying to fit a systematic theology into a series of letters, or that they’d lack theological precision on a topic that demands it. Neither of my concerns was realized, however. Instead, I became caught up in the young man’s struggles, engaged by Hedges’s replies, and amazed by the pastor’s ability to weave theological truth with precision into each and every correspondence. Hedges tackles hard issues like unconditional salvation, Hebrews 6 and 10, perseverance, “second blessing theology,” depression, idolatry, the importance of the local church, idealism, assurance of salvation, and “let go and let God” theology—all under the umbrella of addressing sanctification.

Each letter, moreover, is grounded in the Scriptures and replete with relevant verse references. Hedges seasons the book with helpful quotations from the likes of Augustine, John Owen, Thomas Brooks, John Bunyan, Charles Spurgeon, Jonathan Edwards, Martyn Lloyd-Jones, C. S. Lewis, John Piper, Tim Keller, and a host of others. Even Johnny Cash gets a mention! There are also book suggestions throughout as the pastor encourages his young disciple to read certain works that will aid him in his struggles.

Hedges rightfully insists that much of the misunderstanding regarding grace and effort in the Christian life stems from neglecting the doctrine of the perseverance of the saints. He doesn’t hesitate to reinforce the biblical call for the Christian to “strive for holiness” (Heb. 12:14) and “work out [their] salvation with fear and trembling” (Phil. 2:12). As he puts it, “The way of the Spirit doesn’t eliminate the need for effort. On the contrary, the New Testament indicates that the work of the Spirit within us leads to more effort on our part—not less” (29). Nevertheless, he’s equally clear throughout about the rest the Christian enjoys in Christ. As he ends one letter, “So, dear friend, quench your temptations in the blood of our Savior that cleanses us from all sin. Be vigilant and watchful against sin, but don’t trust in your new resolutions. Stay close to Jesus himself” (65). As Hedges demonstrates, the Christian’s calls to strive and rest are not at odds. One can value, live in, and maintain the centrality of grace while emphasizing the pursuit of holiness too. Far from being mutually exclusive, these realities are designed to be united as we are conformed to the image of our Savior.

This book may focus on the struggles of young Christians, but it’s not just for them, for most believers struggle with the same things. I warmly commend this book.

Jason Helopoulos is senior pastor of University Reformed Church in East Lansing, Michigan, and is the author of a number of books including A New Pastor’s Handbook: Help and Encouragement for the First Years of Ministry (Baker, 2015) and A Neglected Grace: Family Worship in the Christian Home (Christian Focus, 2013). Jason and his wife, Leah, have two children, Gracen and Ethan.