When I was a young girl, my friends and I spent our time acting out epic stories. My friend Courtney and I were undiscovered and extremely talented ballerinas who were often held captive by an evil dancing mistress. Ami and I played women in the grand tradition of Little House on the Prairie. We dressed up in a bonnets and shawls and parked my little brother outside the door with his toy shotgun. At Katie’s house, we were modern teens, orphaned and abandoned to survive in whatever harsh wilderness we could imagine that day. In a girlhood’s worth of Saturday afternoons, we constructed elaborate narratives for our imaginary lives as artists, pioneers, and survivors.

My life today as a suburban pastor’s wife and mother of three is hardly the exciting story I imagined when I was 10. No spotlights and stages or wolf attacks and imminent starvation here. Just laundry, dirty dishes, and more laundry. Still, there’s a narrative if I think about it.

The fact is we all have stories to tell. And this is precisely the point of Courtney Reissig’s new book The Accidental Feminist: Restoring Our Delight in God’s Good Design. Whether we dance or do laundry, Reissig wants women to ask themselves what story they’re telling with their lives.

It’s a good question. Recently, I re-read the introduction to Lena Dunham’s new memoir, Not That Kind of Girl. Dunham, creator of the HBO television series Girls and a pioneer of this generation’s feminism, writes, “There is nothing gutsier to me than a person announcing that their story is one that deserves to be told, especially if that person is a woman.” The story Dunham tells is quintessentially modern—unapologetic and intensely personal. Such is the spirit of our age: I tell my story because it proves something about me. It says who I am, what I’m capable of, and what I want to accomplish. I’m the meaning of my own story. 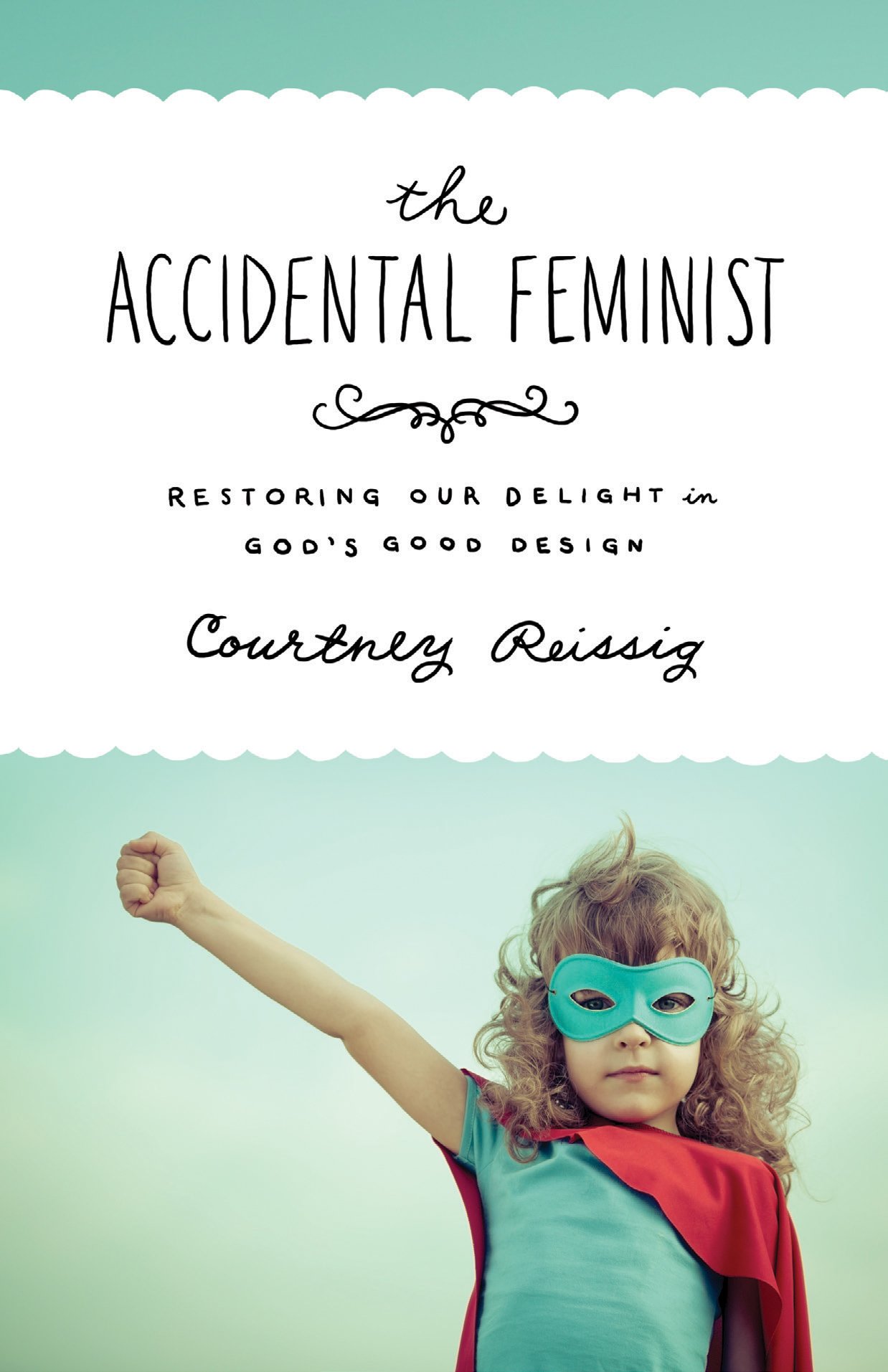 The Accidental Feminist: Restoring Our Delight in God's Good Design

The Accidental Feminist: Restoring Our Delight in God's Good Design

Feminism like Dunham’s may come naturally to us as self-focused sinners (hence, the accidental in Reissig’s title), but only God’s good design for womanhood truly enables us to thrive and see ourselves as part of a bigger story.

In The Accidental Feminist, Reissig traces the assumptions of feminism in its several historical phases (“waves”). She reveals a feminism that tells the story of an individual—who I am, what I’m capable of, and what I want to accomplish. In contrast, she presents womanhood as a story about God—who he is, who I am in relation to him, and what he is accomplishing in my life. As Reissig explains, “God cares about what story we tell with our lives. We are his image-bearers. Our very lives, for better or worse, tell a story of him.”

The language of life-as-storytelling may sound familiar to readers of Christian feminists like Rachel Held Evans (A Year of Biblical Womanhood) and Sarah Bessey (Jesus Feminist). Bessey, for example, writes: “As a Jesus feminist, I believe we are part of the trajectory of the redemption story for women. . . . We are the people of God, and we are moving forward.”

Reissig’s propositions, though, are guided by a different hermeneutic. Bessey proposes an unfolding story, one that reimagines itself in the life of every woman and advances what she sees as God’s inclination toward greater equality and authority for women. Reissig, on the other hand, argues in reference to an unmoving source—God’s infallible and authoritative Word. While Christian feminists may seek to tell a new story with their lives, Reissig advocates retelling God’s story.

As she unpacks the biblical themes of creation, fall, redemption, authority, and community, Reissig prompts readers to consider what story they’re telling with everything from their homes to their families to their clothing choices. She asks, for example, “Based on the biblical standards for purity and the fact that your body is not your own, are there any pieces in your closet that tell a different story than the one you are intending to tell with your body?” Reissig fearlessly tackles tough subjects like marital submission and authority in the church, while appealing to relevant Scripture passages and setting the issues in the context of God’s big-picture design.

The Story Our Womanhood Tells

Unlike some other books on womanhood, The Accidental Feminist is applicable to women in all seasons and circumstances of life. Each of her seven chapters concludes with practical words to both single and married women, and lays out a way of life all women can embrace. Readers won’t find pat solutions to the work-life dilemma, but they will find a rich framework to help them make wise and God-glorifying choices:

Much of the time no one is listening to the stories we tell with our lives. Why I purchase one shirt at Target rather than another may go totally unnoticed. Why I say one thing to my husband and not another or why I cook this and not that or write this article and not that one often has no effect on anyone but me. Ultimately, I do these things because I belong to God and answer to his command: “You shall be holy for I am holy” (1 Pet. 1:16). My family and friends may never appreciate the story I tell with my womanhood. Thankfully, my success as a godly woman does not depend on it. “At the end of the day,” Reissig writes, “we can trust that God’s Word has spoken clearly on the matter of womanhood. And we are not God’s interpreter. He is.”

In C. S. Lewis’s The Voyage of the Dawn Treader, Lucy Pevensie discovers a story in a magician’s spellbook on a page marked “For the Refreshment of the Spirit.” As she reads, Lucy finds herself drawn into the narrative, absorbed by its glorious plot and forgetting herself altogether. This story affects Lucy so much that thereafter she compares every other story to that one.

Reissig offers such a story. It’s not a story of autonomy and independence. It’s not even a story of trajectory or reinvention. It’s the old, old story—the very best story, the story on which godly women live and act out everyday with our lives. For women tired of looking for meaning in themselves and their own stories, The Accidental Feminist tells a story that refreshes our spirits—a story in which women can find true meaning and lose themselves for a lifetime.

Megan Hill is the managing editor for The Gospel Coalition. She is the author of five books: Patience: Waiting with Hope (P&R, 2021), Partners in the Gospel: 50 Meditations for Pastors’ and Elders’ Wives (P&R, 2021), A Place to Belong: Learning to Love the Local Church (Crossway, 2020), Contentment: Seeing God’s Goodness (P&R, 2018), and Praying Together: The Priority and Privilege of Prayer in Our Homes, Communities, and Churches (Crossway, 2016). She belongs to West Springfield Covenant Community Church (PCA), and she lives in Massachusetts with her husband and four children. You can follow her on Twitter or Instagram.