During a contentious and trying month, I found an interesting theme in my morning Bible reading. Every passage mentioned the Devil or the spiritual forces of evil.

“This terrible week is about spiritual warfare,” the Lord was saying. “You’re under attack.” Sure enough, when I started praying against the Devil, there was a distinct turn in the spirit of my week. Through the gospel, God has given believers the power to resist Satan and pray against his legions in the name of Jesus. 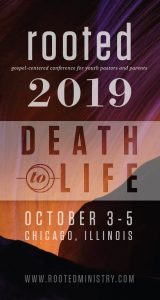 I’m aware of this in my ministry life. When our youth group goes on mission trips, I often pray against darkness. It can seem I’m engaging in spiritual warfare morning and night. When our team gets trapped in petty conflict, we often first pray against the spiritual powers of evil before we enter into reconciliation.

As I read through the different Bible texts about the Devil that month, however, I had to ask myself, Do I ever engage in spiritual warfare when I pray for my own children? I pray for spiritual protection for myself often, but I never really intercede for my kids. Through these passages, I learned that waging spiritual warfare on behalf of our kids constitutes a valuable aspect of daily prayer.

Holding the Devil in Proper Perspective

The New Testament paints a dark picture of the Devil. Peter writes that he “prowls around like a roaring lion, seeking someone to devour” (1 Pet. 5:8). Jesus describes Satan as a liar who seeks to deceive, confuse, and draw people away from the Lord with half-truths and false doctrine.

Waging spiritual warfare on behalf of our kids constitutes a valuable aspect of daily prayer.

Not a chance. If a human did any of these things, you would oppose them wholeheartedly.

But the reality is that a spiritual being seeks to do all these things. Praying for the spiritual defense of our children, therefore, is a wise and necessary practice.

We don’t need to do this in a spirit of fear, because the Devil is a loser. Christ has defeated and disarmed him. As the apostle John puts it, “Greater is he who is in you than he who is in the world” (1 John 4:4).

Yet we should still respect the power and danger of Satan. He remains “the father of lies” (John 8:44). He is like the lion at the zoo, whose cage has a faulty door. Each day we need to check the door and securely shut it to keep the lion in his place. And the secure door is the power and Word of Christ. When we plead with him to defend our children, we are shutting the door on evil.

Why Don’t We Act?

Why do we become so complacent in this area?

As post-Enlightenment Westerners, we might be embarrassed to admit that we believe in the Devil or demons at all. The secular world certainly views them as mere vestiges of anti-intellectual mythology. In a 2013 interview with New York magazine, a journalist all but mocked the late Supreme Court Justice Antonin Scalia for believing in the Devil. The patronizing tone implied, Could an educated person really believe such things?

Simultaneously, Satan himself works to deceive us into believing that, well, he doesn’t exist at all. Kevin Spacey said it well in The Usual Suspects: “The greatest trick the Devil ever pulled was convincing the world he didn’t exist.”

But Jesus wasn’t deceived. He maintained such vigilance against Satan that prayer for spiritual protection was part of his daily routine. In the Lord’s Prayer, when Jesus says “deliver us from evil,” he is calling for protection against the Devil to be a standard theme in our prayer lives.

Jesus wants protection against the Devil to be a standard theme in our prayer lives.

So what shall we do? I recommend praying for your child’s protection against the spiritual forces of evil in your daily prayers. Pray in the name of Jesus that he and his angels would defend your child. Ask him to banish the forces of darkness, waging spiritual war on behalf of those you love.