When I began compiling these annual “top theology stories” lists a decade ago, the doctrines of salvation (soteriology) were frequently debated and often divisive within churches and even families. Every once in a while you heard of churches evicting pastors for teaching that regeneration precedes faith. Blog comments on limited atonement ran page after page.

A few years later ecclesiology took center stage. Young blog warriors stepped into the leadership of local churches, and some of their heroes even assumed major denominational posts. Books on church polity doesn’t often make bestseller lists. But if you’re suddenly thrust into leadership, you need a biblical rationale for how to make decisions and live out your faith together in the body of Christ.

Now, however, the emphasis of theological debate has shifted again. And it threatens once more to divide churches, families, and even networks and coalitions forged in previous generations. The topics that generate the most controversy now concern public theology—how we apply the Bible to contemporary ethics. How does our faith testify that it is genuine? How does it lead us to regard and love our neighbor? How does it shape our view of systems and patterns of behavior, deeply ingrained and often denied by people in power?

The emphasis of theological debate has shifted again. And it threatens once more to divide churches, families, and even networks and coalitions forged in previous generations.

This debate will be the most tense of all, since it raises the question of why unbelievers sometimes seem to see problems of injustice more clearly than fellow believers do. What does that say about our theology, and theology in general, as a reliable guide to righteous living? How does our intellectual appropriation of theological propositions relate to our faith practices as we live out Paul’s command: “Do not be conformed to this world, but be transformed by the renewal of your mind” (Rom. 12:2)? We know we can never improve on the timeless gospel of Jesus Christ, the only hope for sinners. But how can we improve on our application of this glorious truth?

Some entries on my 2017 list may not appear strictly theological. But at The Gospel Coalition we aim to show how the gospel of Jesus Christ affects all of life. And you’ll find assumptions and beliefs about God in each of these events and trends. Consider my list an admittedly foolhardy attempt—written from the vantage point of an American who subscribes to The Gospel Coalition’s confessional statement—to discern the most important theology stories of 2017.

10. Benedict Option frames disagreement over how Christians engage with culture.

When Rod Dreher researched and wrote his 2017 bestselling book, The Benedict Option [read my review], he and many others expected Hillary Clinton to be inaugurated as president. Her administration would have threatened Christian institutions’ religious liberty and pushed an abortion-friendly agenda. Thus, Dreher’s work challenges Christians to build durable communities that can withstand external attacks. Little did we expect that 2017 and the Trump administration would instead provoke such intense internal debates about how the church should meet the challenges of our secular age. Does the church need a friendly government, however flawed, in order to share the gospel in the West? Or has overwhelming evangelical support for the increasingly unpopular and bellicose President Trump actually harmed that testimony to the holiness and grace of Jesus Christ? There is hope in our secular age, but not at the cost of compromising biblical integrity and morality. As Dreher and others such as Ross Douthat have observed, electoral victories can’t mask theological rot in our churches.

9. How much does God care about small towns and rural areas? 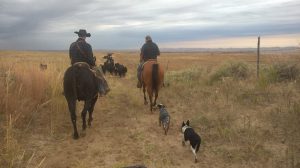 For the last decade leading evangelicals warned us that we’re not keeping up with demographic trends that favor urban growth around the world, and they have corrected our wrong ways of viewing the city. But as the United States continues to reckon with the 2016 presidential election, various voices have asked us to remember the rural areas. New research also seeks to poke holes in the so-called urban thesis of the early church. Perhaps the apostle Paul did not set a pattern for us in his visits to the cities of the Roman Empire. However you score the debate, small-town churches need help as they minister amid demographic and drug crises.

This year opened the lid on the alt-right, a movement many Christians did not know until the Southern Baptist Convention rebuked them under pressure from social-media activists. When alt-right loyalists marched on Charlottesville, Virginia, under the light of tiki torches, the movement garnered mainstream attention for their defense of Confederate monuments. Even as some churches have sought to disentangle from the spiritual bondage of white supremacy, we learn more and more about how racism has corrupted our social conscience. Yes, we may know that Jesus is not an American patriot. But the moment demands deeper theological reflection on how the gospel compels us to costly humility as we combat ongoing injustice. As Tim Keller says, “We need to make those in our circles impervious to this toxic teaching” of white nationalism.

7. Does anyone hear our thoughts and prayers?

Everyone agrees that the evil of mass shootings—whether in country-music crowds or churches—must end. Even if we know our churches aren’t likely targets, we still must prepare for the tragic possibility. But any agreement on how to stop this peculiarly American phenomenon breaks down before the debate can even begin. The world doesn’t want to hear Christians offer our “thoughts and prayers” for the victims. As Christians patiently explain the purpose of empathy and prayer, we can at least appreciate the human longing for justice and security, evidence of the image of God in our neighbors, whether or not they acknowledge their Creator. Come quickly, Jesus, and make all things new.

The iPhone debuted 10 years ago, and now we’re finally beginning to confront how it’s changed us, and not always for the better. Yes, we can point to many ways the smartphone enhances our spiritual lives (our statistics suggest you’re reading this list now on your mobile device). Studies reveal many reasons for concern, however, especially for youth who have never known a world without the iPhone. For all who care about the spiritual and theological development of our families, we simply must get smarter about the smartphone. Unless we lead our families in wise and limited use of technology, theological knowledge will be the least of our concerns.

5. Natural disasters provoke blame against each other more than God. 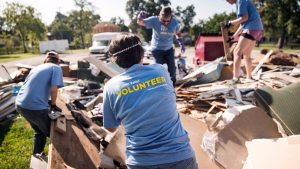 During the previous decade, natural disasters such as the 2004 Indian Ocean earthquake and tsunami often triggered attacks on God’s character and ensuing defenses of free will or his kind if inscrutable providence, depending on your theological persuasion. But now, it’s more likely that such unexpected disasters turn us toward introspection or blame, with climate change and its skeptics as agents of such “biblical” (read: unbelievable) disasters. Christians may welcome responsibility shifting away from God, but this change actually reveals how our secular age puts ourselves—friend and foe—at the center of every narrative. This year’s devastating hurricanes in Houston and Puerto Rico nevertheless spotlighted human frailty and highlighted the indispensable role of the church in disaster relief.

4. Sexual revolution marches on from homosexuality to transgenderism.

The homosexuality debate hasn’t exactly died down, especially as churches in Great Britain and Australia wrestle with the political and theological ramifications of public hostility toward biblical teaching. And in the United States we continue to seek clarity on where pastors and their churches really line up. We don’t know Eugene Peterson’s innermost thoughts, but we can be sure that at least some prominent pastors have concealed their affirming views so they don’t receive the same treatment. As we await the next such scandal, we confront the pastoral challenge of transgenderism, which ironically perpetuates gendered stereotypes even as it undermines the very concept of binary sex. Churches cannot afford to underestimate the doctrinal concept of such a shift, even as we learn to love our transgender neighbors. As those behind the Nashville Statement have argued, public controversy cannot be avoided on such a basic concept as male and female, made by God.

3. Is it time to give up on the multi-ethnic church? 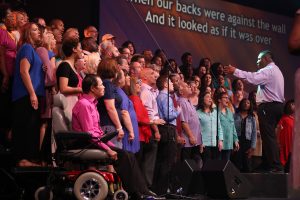 We all know multi-ethnic churches are a headache, even if we’ve never been involved in one. But this year many evangelicals realized that the dream of racial unity in the United States is more fleeting that we previously realized. The very term “evangelical” probably cannot be recovered from its association with a certain kind of right-wing and predominantly white American politics. Many minority leaders have made it clear that such reckoning with the American church’s racism must precede any further attempts at reconciliation. In the meantime they have planned for separate minority-led institutions. As we pray and work toward the biblical goal of reconciliation, we can celebrate and learn from encouraging examples of multi-ethnic churches, even as we plead with God for a church that doesn’t make anyone who belongs to Christ feel like an outsider.

Whether your politics lean toward Roy Moore or Al Franken, whether you prefer Hollywood films or Fox News, you can’t hide from the reality that American culture has tolerated sexual abuse, assault, harassment and toward women. Following the newly dubbed Pence Rule doesn’t go far enough to address the overall social problem, since it’s often adopted by men less likely to assault or harass. And it’s apt to miss the point of how men often marginalize women in ways tolerated for too long. Now is the time to deploy our complementarian theology to protect against domestic abuse and ponder the ways we’re tempted to excuse the sins of our historical and theological heroes.

You don’t get to celebrate a 500-year anniversary very often, so this year was filled with commemorations of the revival that broke out after Martin Luther nailed his 95 Theses to the door of the Castle Church in Wittenberg. This year also provided many occasions to consider the need for further revival around the world today. The weakened church in Germany offers a sober warning against losing the primacy of the gospel that Luther recovered. Pope Francis’s “crisis of conscience” reminds us why Luther challenged Rome: What if the pope really isn’t Catholic? Even as it grows around the world, Christianity has been portrayed as captive to white culture. But vibrant churches of every nationality and ethnicity show that the same gospel saves today, if it’s no mere veneer for personal prosperity.

This is no time for complacency. If the “five solas” of the Reformation will continue to echo in generations to come, we’ll need to return to the time-tested practice of catechesis. We must never let the church assume—and thereby eventually forget—the only gospel that lifts our hearts and voices in praise of God, now and forever.