If you’ve been looking for a book to give non-Christians explaining why the Bible can be trusted, this is it. Logically laid out, carefully argued, and splendidly illustrated (with word pictures), Greg Gilbert’s Why Trust the Bible? should be the new lay-level starting point when it comes to an apologetic for the Bible’s reliability.

Gilbert, pastor of Third Avenue Baptist Church in Louisville, Kentucky, has already given us What Is the Gospel? and Who Is Jesus? [excerpt | review], both part of Crossway’s series with 9Marks. In my judgment, each volume has gotten progressively better, with this being his best so far.

So what is Gilbert doing—and doing quite well—in Why Trust the Bible?

The bulk of the book (chs. 2–6) addresses five big questions about the Bible’s trustworthiness:

To each question, Gilbert offers reasoned arguments for why the answer is yes.

To be clear, he isn’t trying to break new ground. Anyone familiar with the literature knows these questions have been amply handled many times by evangelical scholars. But what Gilbert gives us is a helpful condensing of the textual critical insights of a Daniel Wallace, the canon research of a Michael Kruger, and the historical arguments of a Craig Blomberg—all rolled into one tiny hardback. And for those wanting to go deeper, he provides an excellent bibliography (145–148).

Allow me to single out one chapter for its wealth of insight and illustration: “Copies of Copies of Copies of Copies?” Perhaps the highest compliment I can pay this chapter is to say it will make you so excited about textual criticism that you’ll want to teach a Sunday school lesson on it. Seriously. 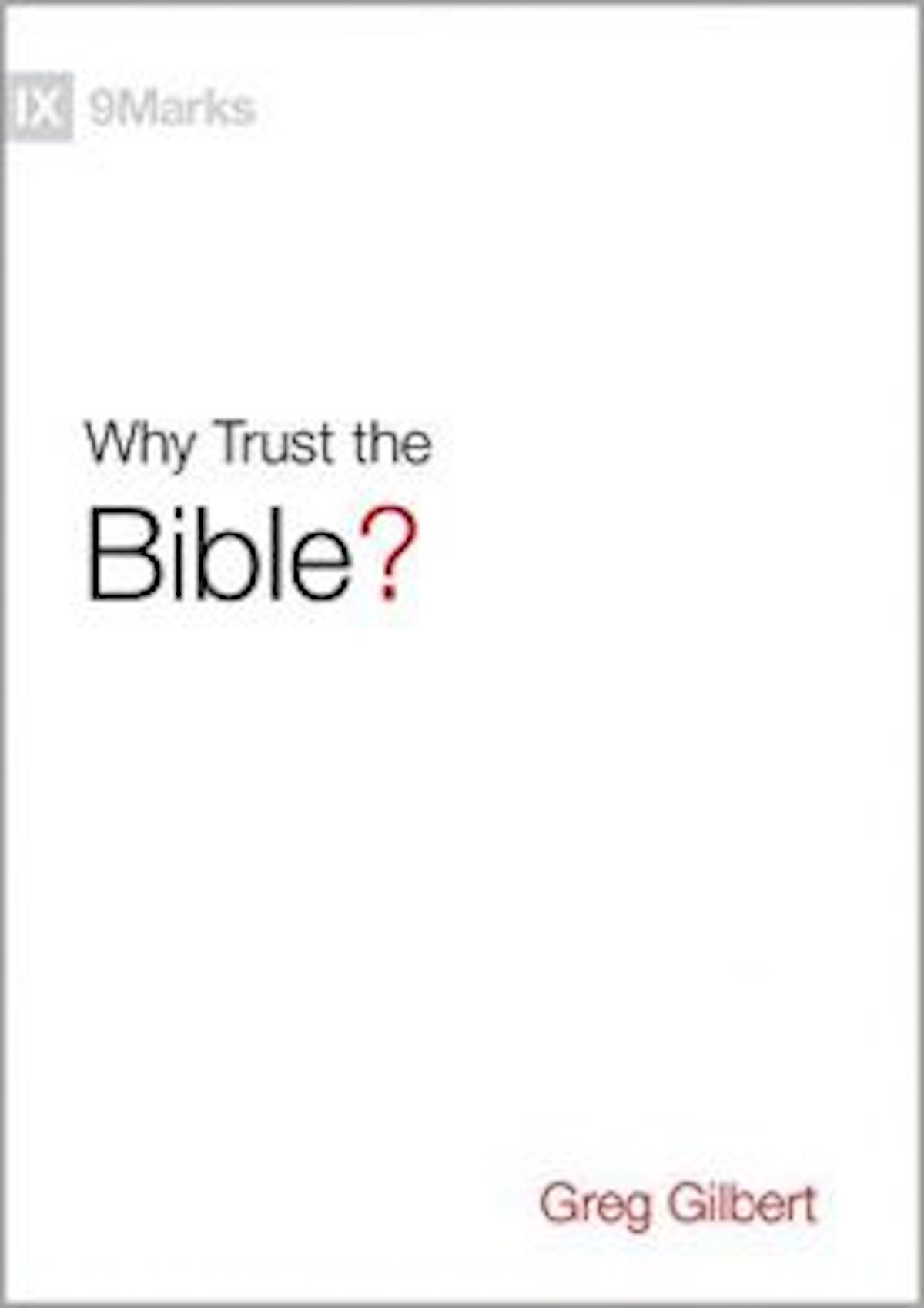 Why Trust the Bible?

Why Trust the Bible?

Gilbert acknowledges that we don’t have the original autographs. But this rather unsurprising fact is offset by the reality that we have an embarrassingly large number of New Testament manuscripts, some of which date back to the second and third centuries. Far from having nothing but “copies of copies of copies,” then, Gilbert argues that given the antiquity of some manuscripts, combined with the fact manuscripts were used and copied for hundreds of years, “it’s very well within the realm of possibility that we have in our museums today copies of the originals, full stop” (48).

His treatment of textual variants is also especially helpful. The process of sifting through different readings in order to determine the original is “like solving a logic puzzle” (51). Illustrating the process with two different versions of Lincoln’s Gettysburg Address, Gilbert shows that (1) you can frequently detect why the scribe made the change, and (2) once you know why he did, you can form a pretty good idea what the original said before he made it (52–53). “It’s not a matter of guesswork or magic,” Gilbert explains, “but rather of careful deductive reasoning” (55). At one point he even sneaks in a sentence with strategic words purposely omitted, misspelled, or doubled to let us see these textual critical methods at work before our own eyes.

Despite what the title might suggest, Why Trust the Bible? isn’t a hermeneutical defense of biblical inspiration or inerrancy, although Gilbert clearly affirms those doctrines. Nor does he spend equal time on all sections of Scripture; for reasons we’ll see later, Gilbert deliberately limits himself to the New Testament, especially the four Gospels (25).

Instead, Gilbert’s primary aim is more modest: establish the reader’s confidence in the Bible’s historical reliability, especially its account of Jesus. This isn’t the final step, of course. But for many, it may be a necessary first step:

Long before we get even get to questions like who is Jesus? or what is the gospel?, another question vexes many people around us, a question they want to ask but (if they’re honest) doubt we can answer: Why do you trust the Bible in the first place? (14)

This is an epistemological issue: how do we know the Bible is trustworthy? Do we simply presuppose its reliability because it claims to be God’s Word? Gilbert sees this method of reasoning as circular and inadequate. He recognizes no one operates with a blank-slate mind, and that we all have to presuppose some things—for example, that the external world exists, that we’re not brains in a vat, that our senses are basically reliable—in order to know anything else. But this doesn’t mean we can simply presuppose anything we want. Nor does it mean we should ask unbelievers to just take a “leap of faith” (17–18).

Gilbert aims to show that simply by doing history—by approaching the Gospels as historical documents—we can arrive at a “historical confidence” in their reliability even without presupposing them to be the Word of God (19). After all, a book doesn’t have to be divinely inspired to be historically accurate.

This leads us to why Gilbert focuses his argument on the four Gospels.

Establishing Reliability with the Resurrection

The cornerstone of Gilbert’s case for why you can trust the Bible is its account of Jesus, especially his resurrection:

Here’s what you can’t get around: If the resurrection happened, then the rest of the fundamental superstructure of Christianity comes together like clockwork—including the authority of the Bible, both New Testament and Old. If it didn’t happen, then never mind any of it. (114)

So the question is: can the biblical authors be trusted when they claim to have seen Jesus alive after his resurrection? In the final three chapters, Gilbert masterfully unpacks the familiar but solid arguments for why the Gospel writers were not aiming to write fiction (83–87), nor intentionally deceiving their readers (87–91), nor participants in a mass delusion (91–96). Instead, they wrote what they had seen, believed what they had written, and died for what they believed.

So we begin with the Bible’s historical reliability, but we don’t end there. Because if Christ has been raised, then his messianic claims have been confirmed, and his endorsement of the Scriptures must raise our trust “way past historical confidence” (127).

In the end, therefore, the answer a Christian will give to the question, “Why do you believe the Bible?” is “Because King Jesus the Resurrected endorsed the Old Testament and authorized the New.” That’s not a presupposition. It’s not an unthinking, close-your-eyes-and-jump leap of faith. It’s a considered conclusion built from a careful argument. (141–142)

A careful and convincing argument is what Gilbert has given us. Why Trust the Bible? is rigorous, humorous, winsome, wise, and ideal for both equipping saints and giving to honest skeptics.

Read it, digest it, then give it to a non-Christian friend.