When I was a child, my Sunday school teachers would sometimes give us old copies of early 1970s-era Archie Comics, in which the Riverdale gang would be born-again “Jesus People,” pointing upward to signal that Jesus is the only way. Later on, we would be forced to live through another Christian artifact of the era, the theologically and aesthetically awful premillennial apocalyptic film Thief in the Night. Since musician Larry Norman was the troubadour of the “Jesus movement,” and since he wrote and sang the Thief in the Night post-rapture anthem “I Wish We’d All Been Ready,” I tend to associate Norman with leftover 1970s Christian culture. The fact that I’m not a fan of Norman says more about my own psychic baggage than about Norman’s artistic merits.

This being the case, I doubt I would’ve read a biography of Norman were it not written by Gregory Alan Thornbury, an incisive and serious intellectual whose work I have admired since our doctoral days together at The Southern Baptist Theological Seminary. In this groundbreaking new book, Why Should the Devil Have All the Good Music? Larry Norman and the Perils of Christian Rock [interview], I found that Thornbury, as a scholar and writer, doesn’t disappoint, while Norman, as a person if not as an artist, does. If asked to sum up this book in two words, I would choose “brilliant” and “bleak,” with the first referring to the writing and the second to the subject.

Dark Side of Larry Norman

Thornbury demonstrates with excellence, from the start, why this book should matter even to people who don’t care about Norman, or even about contemporary Christian music, by showing how Norman intersected with major trends in American religious and political culture. Norman was, as Thornbury puts it, “the Forrest Gump of evangelicalism,” and the book shows us how.

More importantly, Thornbury relates the story of this hippie-era musician to more universal themes of sin, grace, longing, and suffering. Part of the way he does so is with the structure of the book, organized into chapters titled by the major confrontations of Norman’s life, from “Jesus Versus Superman” (about Norman’s childhood) to “Jesus Versus the Jesus Movement” (on Norman’s tumultuous conflicts with others) and on to the final chapter about Norman’s final days, “Jesus Versus Larry Norman?” The last chapter is the only one with a question mark, for good reason. The enigma of Larry Norman’s life, as captured in this book, isn’t so much about Norman as about where to find Jesus therein.

The enigma of Larry Norman’s life, as captured in this book, isn’t so much about Norman as about where to find Jesus therein.

Since human beings are all created in the image of God, and all human beings are fallen, any biography should tell a story that includes both light and shadow sides. This biography does so. This is no hagiography. I came away, though, surprised to be as sad about the life of this artist as I turned out to be.

Even the most “redemptive” characteristics of Norman seemed to be overtaken with shadows. He sponsored children through Compassion International, for example, and told his estate executors not to end their aid, even when finances were impossibly tight. This, though, was more about his morally testing his family than anything else, which fits with a picture of Norman in these pages that is disturbingly manipulative.

Added to this is the sad story of Norman’s failed marriages and his alleged siring of a child with a woman not his wife, a child he never publicly acknowledged, even in death. It’s commendable to care for suffering children overseas, to be sure, but how can one do so while at the same time keeping one’s own child fatherless in order to protect one’s image or career? 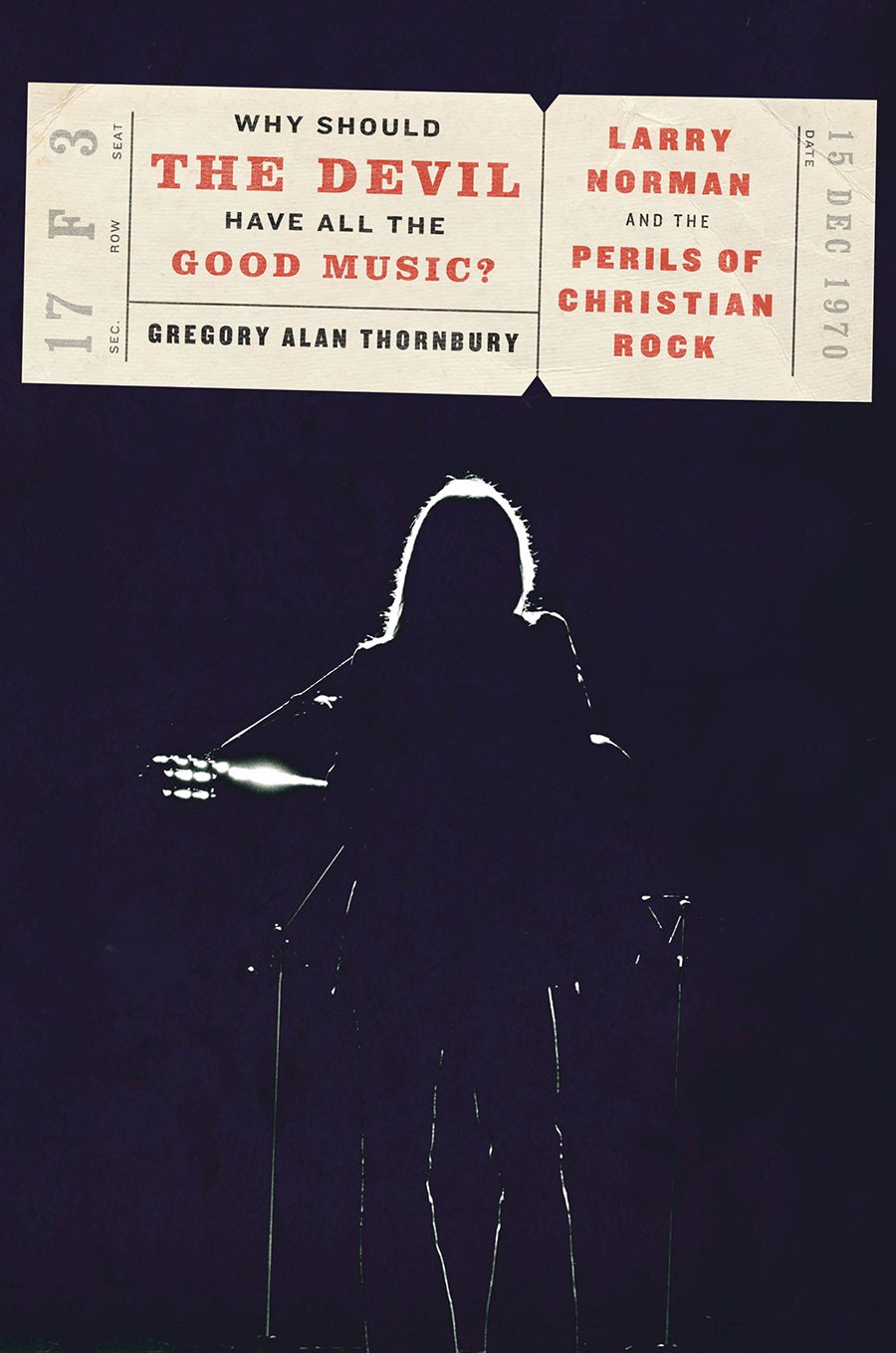 Why Should the Devil Have All the Good Music? Larry Norman and the Perils of Christian Rock

Why Should the Devil Have All the Good Music? Larry Norman and the Perils of Christian Rock

The riveting, untold story of the “Father of Christian Rock” and the conflicts that launched a billion-dollar industry at the dawn of America’s culture wars.

In Why Should the Devil Have all the Good Music?, Gregory Alan Thornbury draws on unparalleled access to Norman’s personal papers and archives to narrate the conflicts that defined the singer’s life. What emerges is a twisting, engrossing story about ambition, art, friendship, betrayal, and the turns one’s life can take when you believe God is on your side.

Indeed, throughout this book, Norman seems less to be, as his song put it, “Only Visiting This Planet” than, as Walker Percy might say, “lost in the cosmos.”

Ruthlessness of the Christian Market

Most will read this book to better understand the cultural currents that led us to, among other things, the current state of American evangelicalism (and the book delivers on that goal). But I wonder if the most relevant message from the book is about why so many stories in American evangelical leadership end up somewhere along this spectrum: creative, gifted people shipwrecked with loneliness, immorality, and personal or family chaos. Some of this, I suspect, has to do with the sorts of personalities and unique forms of brokenness it often takes to lead groundbreaking endeavors. Some of it, though, has to do with the nature of institutionalized Christianity in America.

It would be easy for those of us with high views of ecclesial accountability to point to Norman’s mistrust of the church as an institution (seen in what was, in my view, his best song, “The Great American Novel,” a searing critique of the moral hypocrisies of Bible Belt Christianity). And yet, shouldn’t we ask why Norman saw things this way? Throughout the book, with some exceptions such as that of Billy Graham, Christians were the primary audience savaging Norman for anything that didn’t repeat comforting shibboleths to the Christian market. Norman pioneered and reshaped Christian music, but the evangelical movement seems largely to have used Norman for his gifts without ever seeing the man himself.

I wonder if the most relevant message is about why so many stories in American evangelical leadership end up somewhere along this spectrum: creative, gifted people shipwrecked with loneliness, immorality, and personal or family chaos.

What would his life had been like if Norman had had fewer artistic collaborators and business partners, and more friends? What would have happened if the evangelical movement had provided a Nathan who could confront an erring sinner, and pointed him toward grace, rather than merely those who ignored problems as long as the man behind them paid the bills, and then accused with savagery when he didn’t?

Perhaps this book should prompt us to ask who are the Larry Normans around us right now, gifted but tortured, able to write or sing about a gracious God but unable to find him in their own lives. Who, right now, will each of us one day look back upon, reflecting on a similarly agonized life, and saying, “I Wish We’d All Been Ready”? Perhaps we should ask such questions, and recognize when we need help finding the answers.