In this important and wide-ranging book, Craig Blomberg, distinguished professor of New Testament at Denver Seminary, offers an updated evangelical defense of the authority and reliability of the Scriptures. Given Blomberg’s numerous publications on the historical reliability of the Gospels, he’s well positioned academically to write such a book interacting with the latest challenges of modern scholarship.

While one might wonder whether we need another evangelical work on the authority of Scripture, it’s the structure of Can We Still Believe the Bible?: An Evangelical Engagement with Contemporary Questions that makes it unique. Rather than another general introduction to the authority of the Bible, along with requisite theological discussions of terminology and exegesis of biblical passages, each of this volume’s chapters narrowly addresses a distinct objection/problem raised in recent years by scholars. This allows Blomberg to cut through the massive discussions regarding the authority of Scripture and just focus on the latest issues arising out of the academy (though many of them are not really new).

Not surprisingly, the first two chapters address two of the foundational issues regarding biblical reliability: whether the text has been reliability transmitted (chapter one) and whether the right books have been collected into the canon (chapter two). The relevance of the first issue is hardly surprising given the issues raised by Bart Ehrman’s popular Misquoting Jesus, and Blomberg effectively dismantles Ehrman’s overstated claims and reassures the reader that the textual credentials of Scripture remain intact. The chapter on canon does an excellent job dispelling the variety of myths that abound about the Bible’s origins (e.g., that the Council of Nicea, under the influence of Constantine, effectively decided the books of the canon). To his credit, Blomberg also raises the vital issue of the self-attestation of canonical books—something too often ignored in these discussions. In addition, he rightly pushes back against other evangelical scholars (such as Craig Allert) who overplay the diversity within early Christianity regarding which books were canonical.

In chapter three Blomberg addresses the trustworthiness of our English translations, particularly in light of the seemingly endless variety of options. He provides a helpful overview of the various translational strategies, offering a balanced perspective on the pros and cons of each. Not surprisingly, he devotes some time on the issue of gender-neutral translations—including the TNIV and its relationship with the newly revised NIV. Blomberg responds quite forcefully against TNIV opponents like Albert Mohler, Wayne Grudem, Denny Burk, and the Council on Biblical Manhood and Womanhood. He even accuses the latter two of producing “highly misleading articles” that “poisoned many people’s minds” (113). While Blomberg does score some legitimate points in this discussion (showing that some particular complaints about aspects of the TNIV might not have been entirely fair), the more combative tone towards fellow evangelicals is not helpful. The chapter would have benefited from a more sympathetic presentation of the concerns of his opponents—who, in the end, still share his view of the authority of Scripture. 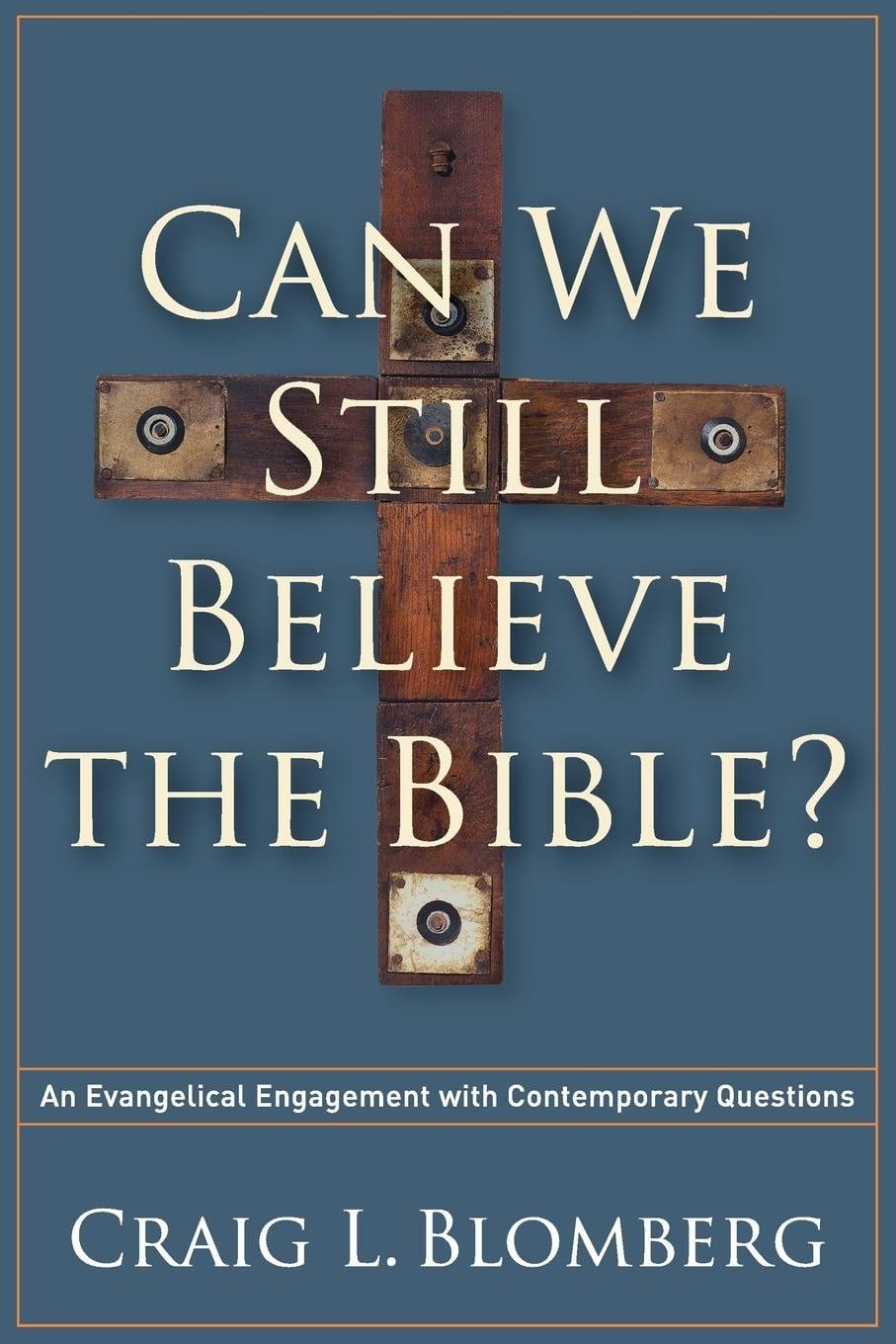 Can We Still Believe the Bible?: An Evangelical Engagement with Contemporary Questions

Can We Still Believe the Bible?: An Evangelical Engagement with Contemporary Questions

Blomberg uses chapter four to address a variety of modern critiques of inerrancy, particularly those of Kenton Sparks, who argues Scripture is fallible because God accommodated himself to fallible humanity, and Christian Smith, who argues that our vastly different interpretations call into question the Bible’s authority. Here Blomberg is at his best, offering insightful and refreshing rebuttals to such attacks. He shows how Sparks’s incarnational analogy breaks down—yes, Jesus became human, but he was also without error. So why couldn’t God’s written Word be without error, too? Blomberg agrees with Smith that there’s great doctrinal variety within Christianity, but when it comes to core/central doctrines there is remarkable unity over long periods of time. Blomberg also pushes back against the modern scholarly resistance to the harmonization of the biblical accounts. He rightly shows that attempts to harmonize such accounts are not to be dismissed as mere “apologetics” (as is so often done in the academy), since classical historians engage in these same practices as they analyze and assess their own ancient sources.

Chapter five tackles the complex question of the literary genre of biblical books (or portions thereof) and how that genre affects whether we interpret a given book as symbolic/figurative or as historical narrative. Blomberg addresses the standard texts such as Genesis 1–2, the book of Job, the book of Jonah, and apocalyptic literature like Daniel and Revelation. Looming large over this entire discussion is the recent controversy over Michael Licona’s argument that Matthew 27:52–53—which describes people rising out of the tombs after Jesus’ resurrection—may have been symbolic and not historical. Of course, the Licona controversy echoes debate in the 1980s over whether Robert Gundry’s view of Matthew as Midrash (which entailed rejection of many portions of Matthew as unhistorical) was a violation of inerrancy. Blomberg rightly cautions the evangelical community to not be so quick to declare something a violation of inerrancy when it may just be a difference of opinion about what literary genre we’re reading. For instance, we wouldn’t want to say that one who takes the days of Genesis as symbolic is in violation of inerrancy. That said, however, one’s view of Scripture can still be problematic (and sometimes deeply problematic) even though it isn’t a technical violation of inerrancy. For instance, in Licona’s case, I think the evidence for taking Matthew 27:52–53 as non-historical is pretty thin. And when the basis for a certain interpretation is that thin, it raises concerns about whether the same hermeneutical method could possibly be employed when we’re faced with other passages that prove problematic or embarrassing. Although this may not technically be an issue of inerrancy, it is one that concerns biblical authority. Rather than just defending Licona and Gundry, it would have been useful if Blomberg had explored these larger issues and how they might affect biblical authority in other ways.

In the final chapter Blomberg considers whether miracles are grounds for rejecting the authority of Scripture. He does an excellent job of refuting any a priori rejection of miracles by the scholarly guild, and makes a positive case for how miracles function as a revelation of the nature and purpose of God. In addition, he provides a helpful section on the common scholarly claim that Jesus’ miracle stories are merely patterned after other ancient legends or myths. Not only are there significant differences between these legends and the story of Jesus, Blomberg argues, but many such parallels are even published after the time of the Gospels (e.g., Philostratus’s Life of Appolonius of Tyana).

In the end, Blomberg has produced a deeply valuable and much-needed defense of the authority of Scripture in our modern age. While I disagree here and there, I appreciated his willingness to engage modern scholarship head-on over a wide range of significant issues. In a world where evangelicals are regularly denigrated in the academy, Blomberg has offered a helpful tool to encourage Christians that God’s Word really can be trusted.