Every now and then, God reminds us that we’re a body with many parts working together for the greater good. I was reminded about that once again in reading Talking About Race: Gospel Hope for Hard Conversations by pastor and writer Isaac Adams. Whereas I bring academic expertise to the subject of beneficial racial conversations, Adams brings a pastor’s heart. He fills in many of the pieces that academics are often missing and advocates a healthier path. Those interested in promoting such conversations need this book—it will move us toward building interracial Christian community and away from reproducing the racial polarization bedeviling the rest of society.

It’s one thing to theorize about the importance of hard, honest conversations. It’s quite another to be a pastor in a multiracial setting who learns how to moderate those conversations and move them in a productive direction. To this end, Adams relates his experiences as a pastor shepherding individuals of different races. 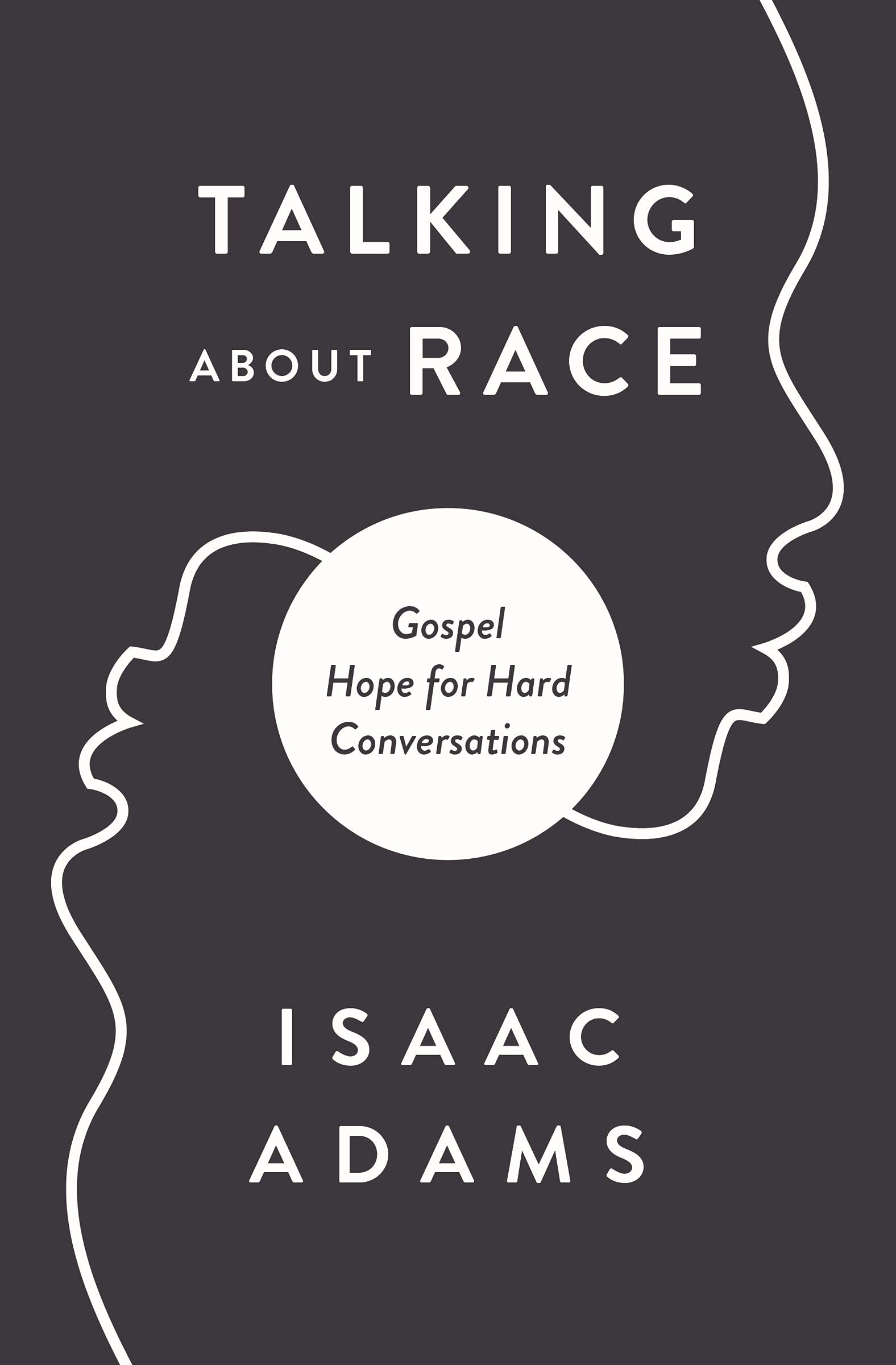 Conversations about racism are as important as they are hard for American Christians. Yet the conversation often gets so ugly, even among the faithful who claim unity in Jesus. Why is that the case? Why does it matter? Can things get better, or are we permanently divided?

In this honest and hopeful book, pastor Isaac Adams doesn’t just show you how to have the race conversation, he begins it for you. By offering a fictional, racially charged tragedy in order to understand varying perspectives and responses, he examines what is at stake if we ignore this conversation, and why there’s just as much at stake in how we have that discussion, especially across color lines. This unique approach offers insight into how to listen to one another well and seek unity in Christ. Looking to God’s Word, Christians can find wisdom to speak gracefully and truthfully about racism for the glory of God, the good of their neighbors, and the building up of the church.

In part one, Adams offers a series of real-life stories of interracial conflict. He helps break down these conflicts and see the underlying issues. I suspect we may find ourselves able to relate to some of the individuals in these illustrations, making them an effective way of communicating important truths.

In part two, Adams discusses the larger issues and principles that we need in order to talk across racial lines in a way that brings light instead of heat. He grounds his observations in Christian principles and the practical experience of working with people across the racial spectrum. He has an obvious love for the people he ministers to. Adams wants them, and us, to be better. Better reconcilers. Better friends. Better Christians.

Adams is an African American, and it’s clear that his experience affects how he sees our current racial situation. But you never get the feeling his advice is centered on being a cheerleader for blacks—he has worked hard to see issues from the perspectives of others. This makes the second part of his book one of the most holistic approaches to race relations out there today, among both Christian and secular literature.

Adams shows that even when a person is in the right, he might sin in how to approach the conversation. Being sinned against doesn’t relieve us of any responsibility to care for those who may have sinned against us. Indeed, for all of us, the starting point must be our attitude, even—and perhaps especially—when we must call out and share hard truths. And while it can happen, rarely is there a situation where one person is 100 percent wrong, and the other is 100 percent right.

Adams has a grasp of human nature, not as he wants it to be but as it exists. The humility we should seek in our interactions with others must lead to introspection: are our actions and attitudes making a bad situation worse or better?

The book doesn’t answer all the questions about how we can proceed. For example, there is a dearth of systematic evidence for the approaches Adams supports. But no book is going to be everything to everyone.

Taking a pastoral approach to move beyond racial polarization has been a critical missing element, as most of the literature on the subject has been written by either scholars or activists. By supplying that element, Adams has done the body of Christ a great service. While all Christians will benefit from this work, I especially think pastors will gain important tools to minister to individuals of different races and to help them have better conversations.

As Adams acknowledges, talk by itself will not solve the racial problems that trouble our society. Some individuals have listened to many different voices and are ready to work toward reconstructing our society in ways that promote both justice and equality. Others have barely begun that conversation and need to be encouraged to start having the type of discussion advanced in this book.

I fear there are far too few of the former individuals and far too many of the latter. Talking About Race can be a valuable tool to increase the number of those ready to engage in collaborative conversations—the kind we need to eventually move away from polarization and toward a healthy interracial Christian community.

As Adams acknowledges, talk by itself will not solve the racial problems that trouble our society.

This book is for those ready to be honest about the failures of Christians to differentiate ourselves from the rest of society on racial issues. Are we willing to take the hard step of considering how we have steered the church off a path of healing? Or do we simply want to go back to our racial and ideological silos, feeling satisfied that our lack of progress is the fault of those on the other team? My prayer is that those who are ready to answer that first, incredibly hard question with “yes” will add Talking About Race to their personal library and begin to deal with the challenges offered by this book.

George Yancey is a sociologist and professor of sociology at Baylor University. He’s the author of Beyond Racial Gridlock: Embracing Mutual Responsibility (IVP, 2006), Hostile Environment: Understanding and Responding to Anti-Christian Bias (IVP, 2015), and Beyond Racial Division: A Unifying Alternative to Colorblindness and Antiracism (IVP, 2022), and coauthor of One Faith No Longer: The Transformation of Christianity in Red and Blue America (NYU Press, 2021).