I held the journal in my hands and stared at the words I’d written so neatly on the page.

The LORD your God is in your midst, a mighty one who will save.
I am my beloved’s, and my beloved is mine.
Behold, I have engraved you on the palms of my hands.

My hands trembled as my eyes ran down the page. Two police chaplains stood in the lengthening dusk of the summer evening, words waiting on their tongues. Words I couldn’t hear until I had someone to hold my hands, until I had the Word in my hands.

Over the last three years, I’ve often returned to that night, working over the details in my mind. When a large white SUV had arrived at my campsite, when I knew the words delivered to me would be bad, when the husband I adored had not come home from his hike that day, when death came to call, I ran instinctually for the only place I could call home. I scrambled frantically into the strong arms of God. But why? 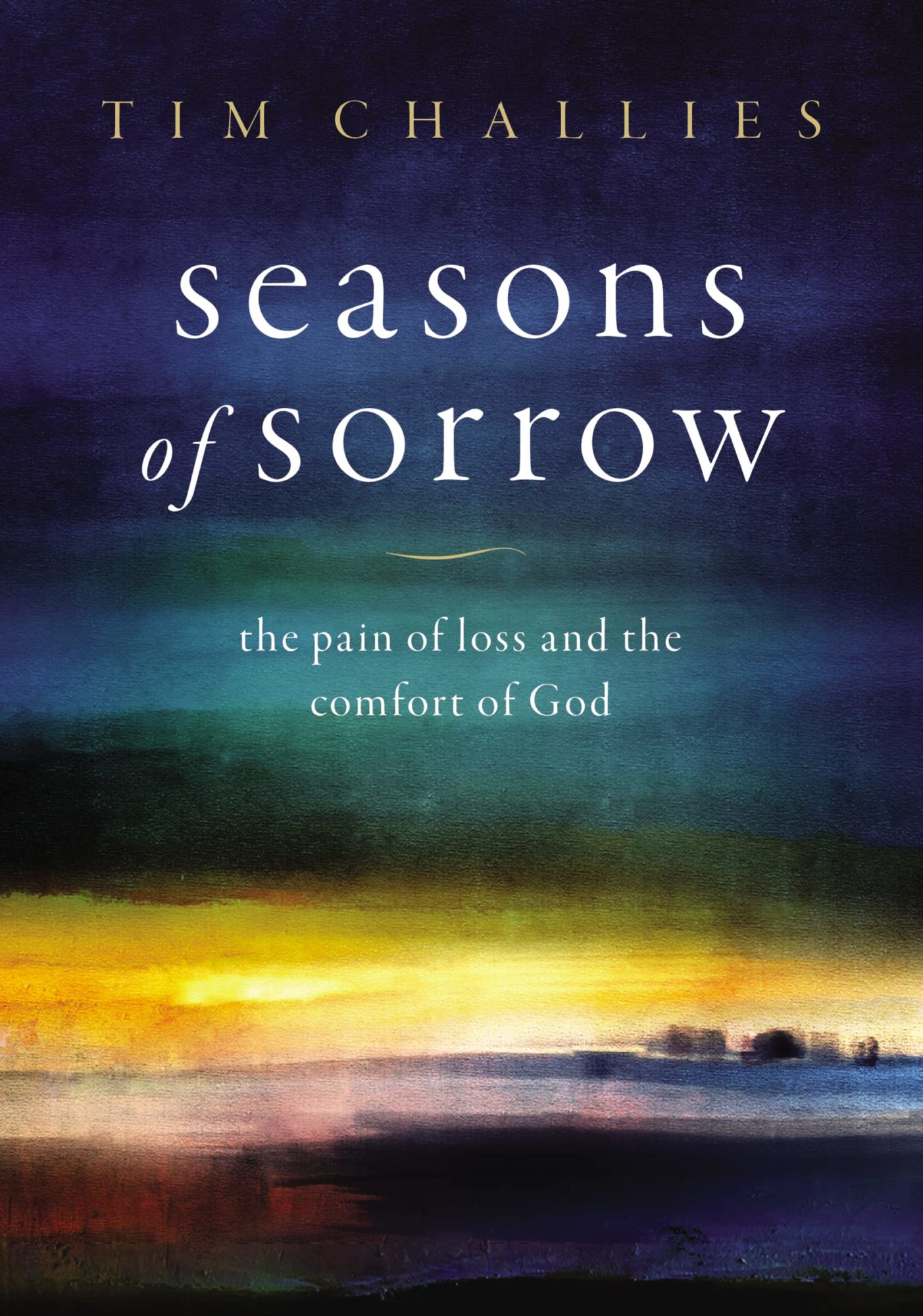 Seasons of Sorrow: The Pain of Loss and the Comfort of God

Seasons of Sorrow: The Pain of Loss and the Comfort of God

On November 3, 2020, Tim and Aileen Challies received the shocking news that their son Nick had died. A twenty-year-old student at The Southern Baptist Theological Seminary in Louisville, Kentucky, he had been participating in a school activity with his fiancée, sister, and friends, when he fell unconscious and collapsed to the ground.

Neither students nor a passing doctor nor paramedics were able to revive him. His parents received the news at their home in Toronto and immediately departed for Louisville to be together as a family. While on the plane, Tim, an author and blogger, began to process his loss through writing. In Seasons of Sorrow, Tim shares real-time reflections from the first year of grief—through the seasons from fall to summer—introducing readers to what he describes as the “ministry of sorrow.”

If I were a better Christian, I might tell you that running to my Heavenly Father has always been my first instinct. But, if we’re honest, you and I both know better. Through seasons of joy and sorrow, I’ve sought other comforts, other pleasures, other sources of strength. I suspect you have too.

As much as we love Jesus, leaning into his power and provision in the hardest situations is, for the most part, a discipline of the will, not an instinct of the heart. And this is why I’m often befuddled when I think back to that terrible night. What happened? For perhaps the first time in my life, I had clung to God as though my life depended on it.

As I’ve grieved my husband’s death and started the arduous task of rebuilding a life for myself and our four children, I have relied on God as never before. I’ve known my Heavenly Father as provider and protector. I’ve known Jesus as a wounded companion. I’ve sought the Spirit’s wisdom and comfort. My spiritual life has become more vibrant amid loss than it ever was in years of material and relational plenty.

Seeing this, it might be easy to say that sorrow has done its work in me, that the transformation I’ve experienced is the natural output of thoughtful integration of loss and engagement with sorrow. While I’d gladly take the compliment, I know deep within that there will always be a better answer.

That dreadful night revealed to me what I’d always longed to know without a doubt. In plenty and in want, in joy and in sorrow, it has always been God’s firm grip on me that kept my relationship with Christ alive. Carved into the palm of his hand, nestled in his care, I’m safe whatever harm befalls me—not because of my faithfulness but because of his. I belong to Christ.

Carved into the palm of God’s hand, nestled in his care, I’m safe whatever harm befalls me—not because of my faithfulness but because of his.

In 2020, I began following the story of Tim Challies and his family’s tragic loss of their son and brother Nicholas. A promising young man of only 20 years, Nicholas had met his death suddenly and unexpectedly. I knew the storyline of that kind of grief. Hundreds of miles apart, Tim blogged through his loss and I read each entry. His confusion and distress I knew well. In the isolation of pandemic lockdown and my own grief, Tim’s words stretched across cyberspace offering assurance and solidarity. Death really was as dreadful as I’d discovered it to be. But there was more. Mysteriously and magnificently, Tim wrote, God really was as good as he promised to be. I had seen this too.

Readers of Challies’s new book Seasons of Sorrow: The Pain of Loss and the Comfort of God will hear echoes of C. S. Lewis (A Grief Observed) and Nicholas Wolterstorff (Lament for a Son) in his words. The honesty and rawness of grief is all there. A deep ache rises from the words Challies penned for his son’s obituary and a letter meant for his 21st birthday. Anguish layers over the hoped-for joy in the wedding speech Challies wrote for the audience who would never hear it. “The Lord knows I love the Lord, and the Lord knows I love my boy. I’ll leave it to him to sort out the details,” he writes (122). If you’ve felt alone in the darkness of your grief, Seasons of Sorrow will read like the tear-filled murmurings of your own heart.

But Challies offers us something tremendously more precious. Rooted in the firm belief that God is always for us, Seasons of Sorrow steps forward boldly and claims God’s goodness in the dark and, by example, gently implores readers to do the same.

Death really was as dreadful as I’d discovered it to be. But there was more. Mysteriously and magnificently, God really was as good as he promised to be.

Embracing the mystery of God’s will, Challies reminds readers of the one thing they need most in bereavement—the firm, steady grip of God. When death looms large and grief threatens to overwhelm, we need not depend on ourselves or our own spiritual efforts.

“Surely he is not a God who is least present when most needed,” Challies writes (51). Instead, “When I focus on what is true, I understand that God is present with me. He has been present since the moment I heard the awful news; he is present with me right now; he will be present with me until that day when he at last wipes away my final tear” (52). Held securely in God’s care, the Christian can grieve fully and deeply. And, in life’s most terrible moments, God’s love will carry us, enabling us to sing a tear-choked hallelujah.

Why did I run to Scripture the night I learned my husband had died? Time and the initial shock have obscured the memories of that night so I can’t recall the specific thoughts that ran panic-stricken through my mind.

Nevertheless, I’ve realized what prompted the homing instinct that drove me to my Father’s arms. I know now the power that has enabled me to say with Challies,

This is not human willpower, spiritual muster in disaster. Instead, it’s Christ in me. The Father who calls me his own ever draws me to himself, enabling me to sing in the shadow of his wings. The power to survive and thrive again is power made perfect in weakness, the glorious display of God’s strength in seasons of sorrow.

Clarissa Moll is an award-winning writer and the author of Beyond the Darkness: A Gentle Guide for Living with Grief and Thriving after Loss. She holds an MA from Trinity Evangelical Divinity School, and her writing has appeared at TGC, Christianity Today, Rooted, RELEVANT, Modern Loss, and more. Visit her on Instagram and at her website, where she helps bereaved people find flourishing after loss.