As a Christian philosopher who read all of Francis Schaeffer’s books over several years during college and beyond, I have a lasting respect and even awe for the subject of this book. My book Truth Decay (InterVarsity, 2000) was dedicated to Schaeffer and Carl F. H. Henry. I often use Schaeffer’s books for my courses at Denver Seminary, particularly The God Who Is There, A Christian Manifesto, Art and the Bible, and True Spirituality. Further, I’ve read nearly all the books directly influenced by Schaeffer, including Total Truth by Nancy Pearcey and many more. In my ongoing interpretation of the man and his ministry, I’ve also read biographies and critical analyses, including that of Schaeffer’s son, Frank, whose Crazy for God I found largely irresponsible and inexcusable.

Given this background, need I (or any other Schaeffer aficionado) read yet another book about the man? Yes, indeed. William Edgar has written Schaeffer on the Christian Life: Countercultural Spirituality, a learned, comprehensive, well-crafted, deeply documented, and gently affectionate (though not uncritical) book about one of his mentors. In fact, I cannot think of a better writer to take on this rather daunting project, since Edgar knew Francis and Edith and is himself an accomplished theologian. But why is this task daunting?

Schaeffer’s view of the Christian life was comprehensive, and this was an inspiration to so many of us. But this approach isn’t simple to summarize, for Schaeffer resisted formulas and mechanistic approaches to ministry. Schaeffer often spoke of the lordship of Christ over all of life (as in the beginning of Art and the Bible) and how the Christian system or worldview uniquely makes sense of the cosmos, history, culture, and humanity. Another point of my autobiography (if I may) makes this point. As a young Christian in 1976, I happened upon The God Who Is There in the University of Oregon bookstore. I devoured it, though I didn’t understand all of it. Nevertheless, that small book, given its breadth and depth of theology, apologetics, cultural analysis, and sense of ministry, summoned me to a courageous and intellectually active Christian life. As a believer, I need not fear the wide world of culture and ideas. 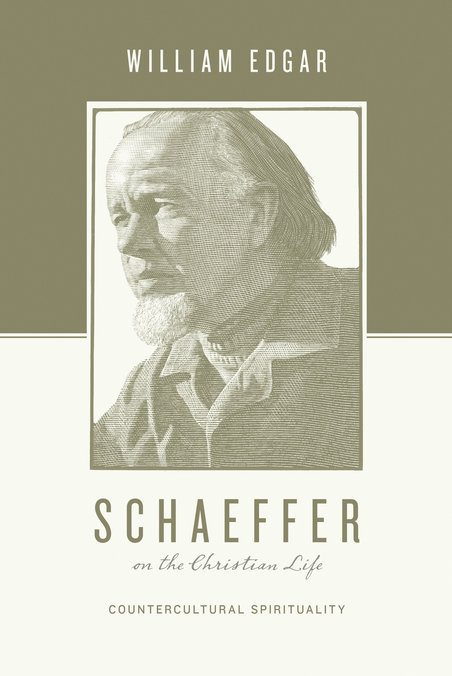 As I later read the entire Schaeffer corpus, his overall vision became part of my Christian life, however poorly practiced. Schaeffer integrated his thinking; one couldn’t separate, for example, True Spirituality from Escape from Reason. It was of a whole. Edgar has now done the church a marvelous service by summarizing Schaeffer’s thought under the category of “the Christian life.” This is exactly the right rubric.

Edgar begins with a brief but personal and insightful account of Schaeffer’s early life and ministry in the United States as pastor of two churches. He then speaks of Schaeffer’s crisis of faith, which led him to leave his denomination and begin L’Abri in Switzerland. Edgar also graces us with firsthand accounts of the Schaeffers’ ministry as he experienced it. As Colin Duriez put it his superb biography of Schaeffer, the man led “an authentic life.”

After this historical introduction, Edgar explores the various aspects of Schaeffer’s thought, all relating to the Christian life. No area, in other words, is separated from the lordship of Christ, prayer, or dependence on the Holy Spirit every step of the way.

Unlike Schaeffer, Edgar is a bona fide academic who teaches apologetics at Westminster Theological Seminary. As such, he explores nuances of Schaeffer’s thought in relation to other important thinkers who influenced the man, such as Abraham Kuyper and Cornelius Van Til. Edgar is no sycophant, but is attentive to the many criticisms of Schaeffer’s thought and pays them good heed. He’s an appreciative recipient of Schaeffer’s wisdom who realizes Schaeffer seldom spoke or wrote the last word on the subjects he addressed. Nevertheless, Schaeffer’s ministry was prophetic and pastoral—a rare combination indeed. He spoke the truth in love to those in his generation; his intellectual development stemmed from his call to gospel ministry; and his spirituality was no mere add-on, but central to his life and thought.

Another winning element of Schaeffer on the Christian Life is that Edgar includes the significance of Edith on Francis and on the life of L’Abri. This is fitting, since Francis often spoke of his and (the recently deceased) Mrs. Schaeffer’s work as fleshing out a Christian account of worldview and Christian living. (See the beginning of A Christian Manifesto where he speaks of “Edith’s books” contributing to the overall work to which they were called.)

In 1980, while I was reading, re-reading, and teaching Schaeffer, I read Harry Blamires’s classic The Christian Mind (1963)—a book Pearcey writes was influential at L’Abri during her time there. Blamires’s description of “the Christian mind” fits Schaeffer perfectly: “a mind trained, informed, equipped to handle data of secular controversy within a reference which is constructed of Christian presuppositions.” Later in his book, Blamires distinguishes the Christian scholar from the Christian thinker. The categories may be stated a bit dramatically, but consider in what camp Schaeffer should be placed.

The scholar evades decisiveness; he hesitates to praise or condemn; he balances conclusion against competing conclusion so as to cancel out conclusiveness; he is tentative, skeptical, uncommitted. The thinker hates indecision and confusion; he firmly distinguished right from wrong, good from evil; he is at home in a world of clearly demarcated categories and proven conclusions; he is dogmatic and committed; he works toward decisive action.

Schaeffer was a “thinker”! Blamires also notes that “the church cannot do without thinkers—prophets, as she is wont somewhat pompously to call them. She cannot afford to ape the secular world in suppressing the thinker, in trying to replace him by the scholar. She destroys herself in doing so.”

Of course, there is a place for academic scholarship by Christians. Edgar himself is a scholar, but without the exaggerated weaknesses Blamires laments. Schaeffer was a prophet-thinker: a man who was “against the world, for the world”; a man who inspired scholars, artists, activists, theologians, apologists, and more. Let us not forget or neglect him.