Whenever I (Curtis) read a work on the black church, I immediately become protective of my ecclesiological tradition. This didn’t happen, though, as I read Thabiti Anyabwile’s new book Reviving the Black Church: A Call to Reclaim a Sacred Institution. As a participant-observer of the black church tradition, he understands the real problems it faces. Even with pointed concerns and criticisms Anyabwile—TGC Council member and pastor of Anacostia River Church in Washington, D.C.—writes as one who loves the bride of Christ.

Anyabwile argues that there’s a better way forward for the black church than what’s historically been the case. For him, this better way forward borrows from the wisdom of “earlier faithful Christians” and is outlined for us in God’s Word.

Reviving the Black Church has three major sections with 13 chapters. In section 1 Anyabwile provides a historical survey of the role of Scripture in black churches, a theological defense of the importance of biblical preaching, and an exploration of the importance of worship according to Scripture (15–82). These pages express the need to make the Bible the centerpiece of every aspect of black church life—from the prayers to the preaching and teaching to the congregational worship. 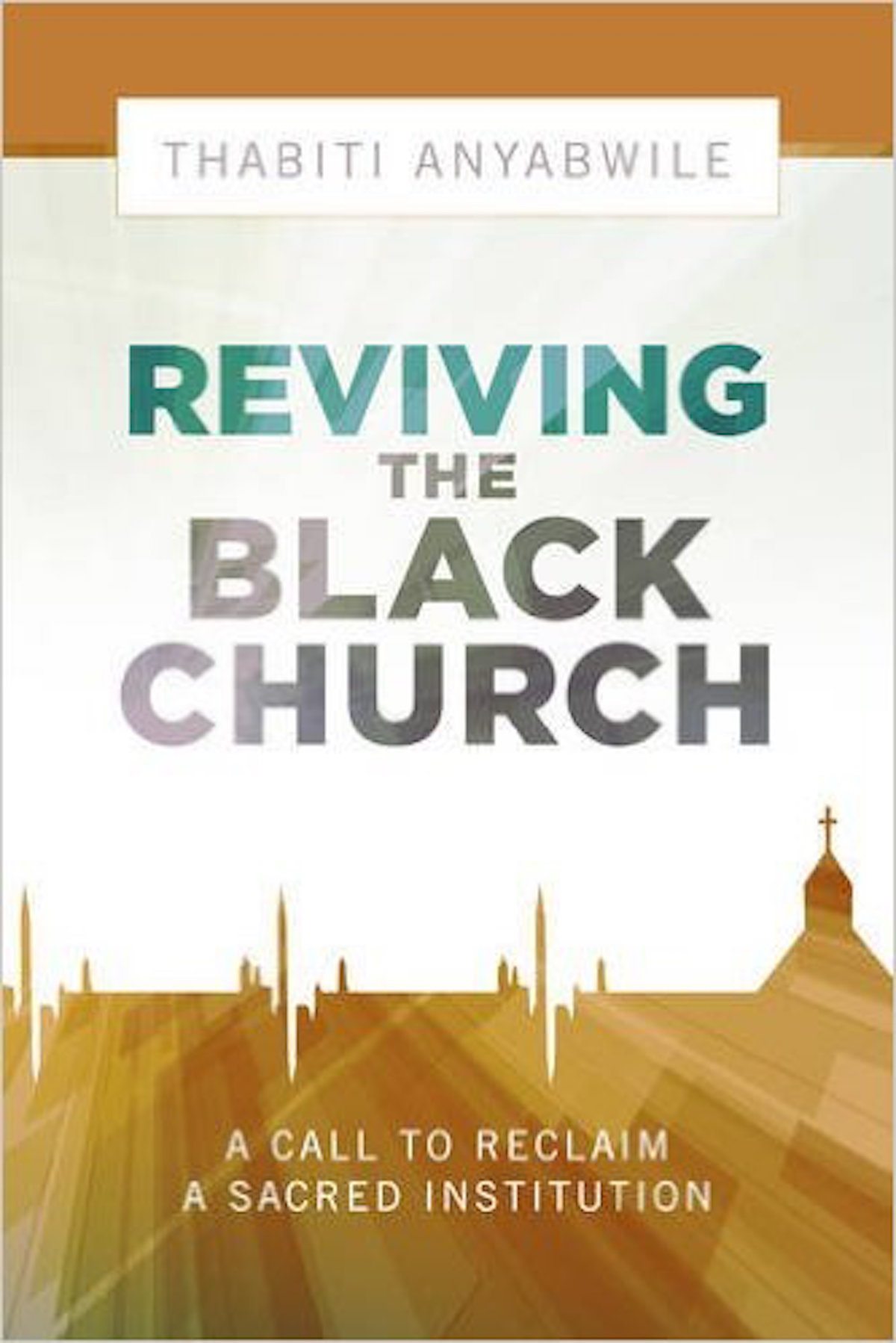 Reviving The Black Church: A Call to Reclaim a Sacred Institution

Reviving The Black Church: A Call to Reclaim a Sacred Institution

Section 2 covers leadership in the black church, which is often imbalanced with too much power residing in one pastor (97–114). Anyabwile also contends the black church has often misunderstood pastoral authority by creating unbiblical offices of authority (115–136) or appointing unqualified persons to serve in leadership (137–153).

Anyabwile acknowledges the unspoken “cultural rules forbidding public critique of the black church” (12). As such, this published assessment of the black church will invariably solicit scorn from some quarters. I’d encourage those tempted to dismiss Anyabwile’s concerns, though, to withhold judgment until they’ve thoughtfully engaged the book.

Anyabwile’s thesis is clear: “The only force capable of reviving the black church in whatever area she needs is the Spirit of God animating the Word of God” (247). He examines various sectors of the black church in antebellum North and South; explains how white supremacy gave rise to the black church in early American history; and distills decades of African diasporic dehumanization from the era of the transatlantic slave trade to the present day. In so doing, Anyabwile invokes the expertise and kaleidoscope of African American scholars, which is one of the book’s greatest strengths. He solicits counsel from black liberation theologians, including womanist intellectuals, along with faithful African American evangelical witnesses.

Such exchanges between opposing theological camps often succumb to theological syncretism. Anyabwile avoids this blunder. Readers will sense a non-threatening dialectical conversation between black evangelicals and liberationists throughout the work. To Anyabwile’s credit, he marshals primary and secondary works in African American religious thought from individuals, categorically speaking, who span the spectrum: Reformed and Arminian African diasporic abolitionist intellectuals, evangelicals, liberationists, and prosperity preachers. Anyabwile doesn’t venerate or vilify any camp. For example, he illustrates how evangelicals, liberationists, and prosperity adherents all “contributed to the de-centering of the Bible”:

Evangelicals have allowed [Scripture] to be de-centered through neglect, failing to read it and apply it to life and faith. Liberationists have reveled against it, actually calling for its removal from the dominant place in theology and religion. And prosperity preachers have removed it from the center by misusing and misquoting it, using biblicism that sounds evangelical while focusing on worldly materialism and success. (25)

Sometimes we evangelicals have a hard time rendering self-critique, though we must. Anyabwile offers a helpful example.

Readers should listen closely to the book’s inner dialogues; they’re more than thoughtful anecdotes to pique interest. Like the African theologian Augustine in his Confessions, authorial introspection connects well with those who possess common background. For instance, I (Curtis) resonate with Anyabwile’s journey from social and spiritual naïveté as a young adult toward biblically orthodox belief and, eventually, behavior. Anyabwile exposes himself with a riveting story of grace and mercy. He weaves his personal narrative into the fabric of the black church, bolstering his love for her even though, in God’s providence, he united with a predominantly Anglo church community for a season of discipleship and leadership. Yet Anyabwile’s time in this spiritual setting did not quell his passion for reaching the black church or ameliorating societal ills that hinder African American progress in general.

As such, Anyabwile’s provocative query—“When you hear the word pastor, what comes to mind?”—suggests many pastors burn out because parishioners place inordinate expectations on their shoulders (99). He develops a taxonomy of differing functionalities within pastoral leadership along the lines of traditional (100-102) and contemporary (102-103) in order to lay a foundation for restoring biblical models. He also courageously engages the topic of egalitarianism and complementarianism; anyone familiar with the historic underpinnings of the black church understands this cannot be jettisoned (123-136).

Balanced Focus on the Black Family

A work on the black church would be remiss without a consideration of the black family and its role in revival. Anyabwile employs a distinctly African diasporic evangelical worldview that repudiates false dichotomies between body and soul or society and spirituality. If the black family suffers, then the black church suffers. Anyabwile addresses the common refrain “black men are an endangered species” with clear principles for change. In doing so, he creates needed space for African American colloquialisms in evangelical literature. Biblical manhood, he explains, centers on developing men who worship, work, and love “one woman” well (209–213).

As a New Testament scholar and seminary professor, I (Jarvis) have picky disagreements here and there with Anyabwile’s handling of certain texts. At times his exegesis seems strained. For example, he follows the popular “as you go” understanding of the Great Commission in Matthew 28:19–20 (183). However, the Greek actually supports an alternative reading. Jesus is commanding these Jewish disciples to “go and make disciples of all non-Jewish people.” He isn’t saying “as you go.”

Further, although Anyabwile thinks seminaries have a role in training ministers (168), he thinks it’s a small one. I see the role seminaries play in the theological and ministerial training of pastors as more vital than Anyabwile does. While I agree seminaries cannot teach future pastors everything about pastoral ministry—local churches should do that—good seminaries have an enormous amount of biblical and theological resources (e.g., specialists offering a wealth of grammatical, historical, analytical, and intellectual resources) to pour into ministers in training.

Robust Exposition for All

These minor complaints aside, Reviving the Black Church should be read by anyone who loves the church, especially the black church. It reveals the heart of a pastor who deeply loves the black church and longs to see her conformed to the image of Christ rather than resigned to cultural captivity. Anyabwile’s big vision of God, Scripture, preaching, and the church—and his vast knowledge of African American intellectual history—are worth the read.

Jarvis J. Williams is associate professor of New Testament interpretation at The Southern Baptist Theological Seminary and a preaching pastor at Sojourn Church Midtown in Louisville, Kentucky. He is the author of several scholarly articles and books, including One New Man: The Cross and Racial Reconciliation in Pauline Theology and Galatians (New Covenant Commentary Series). He is married to Ana and is father to Jaden.

Curtis A. Woods is associate executive director for the Kentucky Baptist Convention. He holds undergraduate and graduate level degrees in social work, urban studies, and pastoral theology. He earned a PhD in biblical spirituality at The Southern Baptist Theological Seminary in Louisville, Kentucky. His research interests are in African-American intellectual history.

2 7 Reasons Christians Are Not Required to Tithe

5 What If Luther Had Picked Up His Phone?

Dig below the topics of debate in the SBC and you’ll find different postures, competing visions, and broken trust.

What Teens Need from Parents: A Counselor’s Perspective

You Are My Neighbor, Too