Before I could drive a car, I knew I wanted to be a fiction writer. In my conservative Christian home, my penned stories of the dark and macabre scandalized my parents and their friends. An aunt gave me a copy of Frank Peretti’s This Present Darkness to move my fascination with the supernatural to good ends. I remember laying on my stomach with a night light reading it after everyone had gone to bed and needing to pray before I fell asleep, so I wouldn’t suffer nightmares. Although Peretti’s novel was a fantastical romp for my imagination, the author did not inspire me to go wherever he led.

However, in high school writing program, I did discover a model who would guide my imagination for the rest of my life: Flannery O’Connor. A teacher handed me “The Life You Save May Be Your Own.” I imitated that story, won a national writing contest, and spent the better part of my undergraduate career chasing down Gregory Wolfe and Dana Gioia to find out how to be a great Christian literary writer.

I didn’t return to reading evangelical fiction until years later when Christianity Today asked me to judge the fiction entries in its annual book awards. For the first couple of years, I enjoyed it. I sifted through the dross to find the jewels, like Geraldine Brooks’s Caleb’s Crossing or a new translation of Dostoevsky. But by the third year, I had to resign from that honor. I couldn’t stomach the vast majority of the novels. The problem with the quality of these books bothered me as a writer, as a reader, and as a Christian.

Paul Elie, an O’Connor biographer and former publisher at Farrar, Straus & Giroux, asked in December 2012, “Has Fiction Lost its Faith?” The essay incited a flurry of responses from Gioia, Wolfe, and even one by Randy Boyagoda that began, “I am sick of Flannery O’Connor.” For these writers, the question was about why faith seemed missing from literary works. I wanted an inverse question to be answered: why did faith seem so prevalent among nonliterary writers? Why did these popular writers feel their faith permitted them to ignore aesthetics? 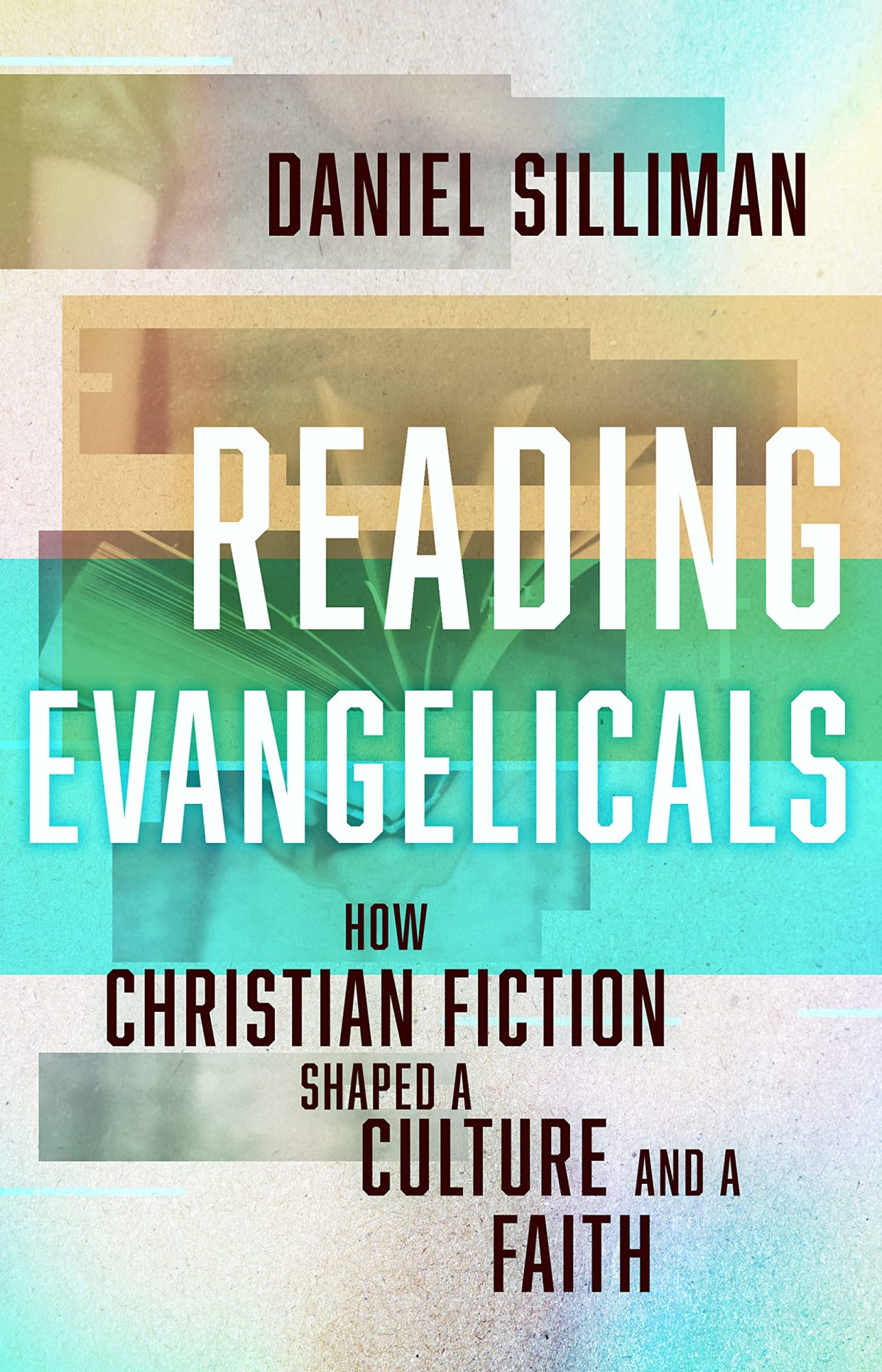 Reading Evangelicals: How Christian Fiction Shaped a Culture and a Faith

Reading Evangelicals: How Christian Fiction Shaped a Culture and a Faith

Who are evangelicals? And what is evangelicalism? Those attempting to answer these questions usually speak in terms of political and theological stances. But those stances emerge from an evangelical world with its own institutions—institutions that shape imagination as much as they shape ideology.

In this unique exploration of evangelical subculture, Daniel Silliman shows readers how Christian fiction, and the empire of Christian publishing and bookselling it helped build, is key to understanding the formation of evangelical identity. With a close look at five best-selling novels—Love Comes Softly, This Present Darkness, Left Behind, The Shunning, and The Shack—Silliman considers what it was in these books that held such appeal and what effect their widespread popularity had on the evangelical imagination.

Reading Evangelicals ultimately makes the case that the worlds created in these novels reflected and shaped the world evangelicals saw themselves living in—one in which romantic love intertwines with divine love, humans play an active role in the cosmic contest between angels and demons, and the material world is infused with the literal workings of God and Satan. Silliman tells the story of how the Christian publishing industry marketed these ideas as much as it marketed books, and how, during the era of the Christian bookstore, this—every bit as much as politics or theology—became a locus of evangelical identity.

Why did faith seem so prevalent among nonliterary writers? Why did they feel their faith permitted them to ignore aesthetics?

In Reading Evangelicals: How Christian Fiction Shaped a Culture and a Faith, Christianity Today news editor Daniel Silliman unpacks the history of evangelical fiction for readers like me who have been perplexed about how this siloed world came to be and how these books have created the Christian imagination. He admits up front that most in his circles think of O’Connor or Marilynne Robinson or Frederick Buechner when they consider Christian fiction.

Yet, like Silliman, I regularly interact with readers for whom those names are completely alien. They are more familiar with the authors that Silliman discusses in his book: Frank Peretti, Janette Oke, Beverly Lewis, William Paul Young, Tim LaHaye, and Jerry Jenkins. In the marketplace for Christian fiction, there is a divide between the literary and the popular.

Silliman begins with the closing of evangelical bookstores and wonders what the identity “evangelical” means. He posits that it has less to do with the doctrine of the believers and more to do with culture—for example, with the novels that they read.

From this point, he moves to the lives of the first evangelical authors, what compelled them to write the stories they did, what readers’ responses have been, and why these works are bestsellers. While none of these authors will win Pulitzer Prizes or be read by generations to come across the globe, their work has spoken to millions and affected how those readers envision their relationship to God. If we ignore that reality, we speak to and about evangelicals in ignorance.

Although Silliman cannot sway me to believe that Christian fiction is more literary than I assumed—and he’s right that I haven’t read most of the works in his book—I am convinced the evangelical imagination has been formed in ways I did not realize by these bestselling novels.

His opening chapter describes Oke’s romance novel Love Comes Softly as a work that related to middle-class white women in the suburbs about their desires for love and flourishing. Although the book depicts suffering, the tragedies are always packaged as external circumstances to try the faith of the Christian; they’re not caused by the Christian’s sin. Each character is like a mini-Job, who must pray even when things seem not to be working out well, and if she is faithful, God will give her more camels, so to speak. Silliman highlights how Oke’s novel helped this demographic of readers “imagine what it was like to flourish in your everyday life, to trust God and know God’s love even while doing chores, even while struggling through real hardship” (52). The response to this novel, drawn from Silliman’s collection of Goodreads reviews, shows that women adopted Oke’s theology, without ever considering whether the novel fits the claims of Scripture.

That’s Silliman’s point: the faith of these readers is being shaped according to the message, even if it contradicts Christian doctrine. While Silliman does not like historian Mark Noll’s contention that novels like Peretti’s show there is no evangelical mind, Reading Evangelicals illustrates a lack of discernment among millions of readers. Silliman writes with hope and charity toward evangelical readers. He shows that readers of Beverley Lewis’s Amish romances find the author’s heart “open on every page, and that is the point of being evangelical, isn’t it?” (170). Is it? Is the point of the Christian faith to show our hearts or to reveal our sinfulness in contrast to the heart of God?

Because of these novels, Silliman worries,

American evangelicals ended up too focused on their own private domains, too fearful of strangers, too invested in the arrogance of always knowing the right answer. Imaging the chaos of modern life, the confusion, the hardship, and the day-to-day struggle, the best-selling fiction gave the wrong answers. (220)

Art Should Be Beautiful

The messages of these books are not their only problem. Rather, the God who gives us beauty and has created us as beholders demands that we cultivate excellence in what we do. Writers should strive toward crafting these glimpses of the transcendental in their form and not merely in the message of the content. When the message drives the material, the work of fiction becomes propaganda, making it little more than a brochure for a cause. I don’t need all art to be high art, but I do want all art to strive to be art.

I do not need all art to be high art, but I do want all art to strive to be art.

Although C. S. Lewis defended reading children’s literature and lighthearted fantasies, he would not have had any patience with the novels that Silliman explores. Lewis, who Silliman calls the “patron saint of evangelicalism,” was converted to the church initially by the tales of Beatrix Potter and the stories of the Norse Gods. He chose to write novels more often than didactic prose (such as his apologetic Mere Christianity), feeling the stronger but more subtle effect of imaginative work on readers. Our imaginations are cultivated by stories, and Lewis’s point is that they will either be formed by good ones or malformed by bad ones.

“The story of Jesus Christ is at the heart of the Christian imagination,” Silliman writes. “It changes every other story we tell about ourselves and the world” (221). We must take stock of the stories that have formed our culture, and Silliman does this for us in Reading Evangelicals. Then, we must be moved to examine the stories that have formed us and decide whether we should read better. The call to read better fiction is not a proposition about taste and class; I hope it is a call to holiness.

Jessica Hooten Wilson is the Louise Cowan scholar in residence at the University of Dallas in the humanities and classical education graduate program. She is the author of three books, including Giving the Devil His Due, which received a Christianity Today book award in the category of arts and culture.