Messy Grace threw me back to another time and place. After the first paragraph, I realized I am a stakeholder in this story. Many years ago, if my lesbian partner and I had adopted or given birth to a son, we would’ve raised him the same way Caleb’s mom and partner raised him. We would’ve wanted the best for our son, and we would’ve committed ourselves to raising him in the egalitarian norms of the LGBT community, teaching him to keep a wide and watchful distance from Christians, those people who despised us. We would’ve taken him to gay pride marches so that he could’ve experienced the fun, humor, culture, and political commitments of those who attend. And if our teenage son had “come out” to us as a Bible-believing Christian, we would’ve feared for his life and ours. Our sense of rejection and betrayal would’ve been acute. How could the child we raised turn against us like this? How could he become the worst of our enemies?

Messy Grace is a powerful memoir of a child raised by two lesbian moms and a gay dad. Despite the negative depiction of angry Christians at gay pride marches and other public events, the young boy is befriended by compassionate Christians who share the rugged gospel with him—complete with its sexual ethic of biblical marriage between one man and one woman. They enfold him into a dynamic and loving Christian community, disciple him in the means of grace, and encourage him to love and respect his parents. One week after Caleb’s conversion, he feels called by God to become a gospel preacher, and the tension of living in two worlds ratchets up. Hence the book’s full title: Messy Grace: How a Pastor with Gay Parents Learned to Love Others Without Sacrificing Conviction.

The book’s major contribution is found in the experience and perspective of a loving Christian son as he follows Jesus through high school, college, marriage, and ministry. Its minor weakness lies in in its theological handling of the concept of temptation. Caleb writes: “Same-sex attraction is temptation to sin; it’s not sin in itself. If temptation were sin, then that means Jesus sinned when he was tempted in the wilderness for 40 days” (195). But any sinful sexual bent can be a temptation (capacity for a desire, as evidenced in original sin) as well as an actual or indwelling sin (lust or practice).

It has become dangerously common to say that since Jesus was tempted in all ways (Heb. 4:15), we should measure his temptation against our own. Puritan John Owen and all Reformed theologians after him have shown that temptation has both internal and external applications, and that Jesus’s sinless nature (he was, after all, not born in Adam) means he had no receptor site for any untoward sexual desire. And this is very, very good news for us. Our salvation depends on Jesus’s being the only sinless sacrifice for our sin. 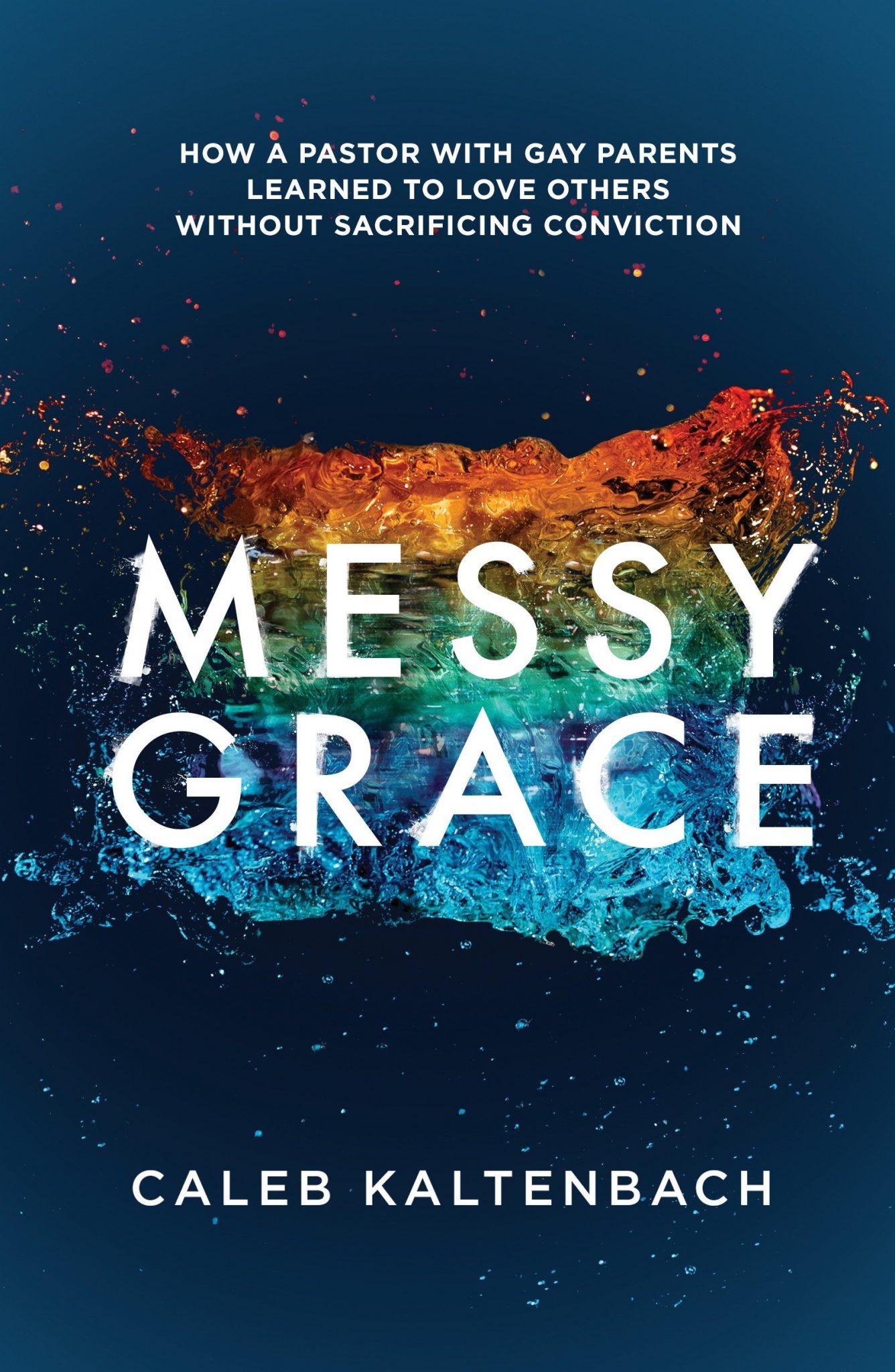 Messy Grace: How a Pastor with Gay Parents Learned to Love Others without Sacrificing Conviction

Messy Grace: How a Pastor with Gay Parents Learned to Love Others without Sacrificing Conviction

With easy-to-read prose, Caleb’s memoir captures his ordinary memories of childhood: birthday parties, teachers, rules, his parents’ divorce, his mom’s coming out, and his mom’s partner co-parenting with his closeted gay dad. He also describes the LGBT community as I remember it: the house parties, the gay pride marches, the excruciating and gothic eruption of HIV, the unexplainable and agonizing deaths from AIDS, and the vitriol and hate that spewed from people who called themselves Christians. But “messy” Christians kept providentially showing up in Caleb’s world, sharing a gospel that sounded good but couldn’t be reconciled with those who wrote off his family as hell-bound.

By God’s grace working through Caleb and the church he pastored in Dallas, his mom and dad saw, felt, tasted, and heard the gospel. Eventually they embraced Jesus as their Lord and Savior. A painful, powerful, and poignant moment in the book takes places when Vera, his mother’s lifelong lesbian partner who helped raise him, is dying. Caleb shares the gospel with her, only to have her plainly, kindly, and firmly declare that Christians are weak and that she chooses to go to the “next place” alone.

The narrative in Messy Grace is strong and compelling. It’s an easy read, and the writing is clear, funny, and profound. Readers will learn how to stand in the tension of truth and grace as they identify with Caleb through all the messiness, tears, victory, and sin. We know Jesus wins, and yet Caleb’s life (and yours and mine, to tell the truth) is still very, very messy. It always will be this side of eternity.

In addition to its strong writing and compelling story line, Messy Grace gives us an inside look at the lives of children raised by LGBT parents—of their need for Christ and Christian love. Caleb demystifies many presumptive prejudices Christians hold about people who identify as LGBT. He calls out the evil that dismisses an entire people group and their children as God-hating reprobates and never sticks around long enough to offer gospel help.

If you’ve never known what it’s like to bear the weight of this prejudice, you will as you stand in Caleb’s shoes. His book is a call to repentance for the abuse some have committed in the name of God against those who identify as gay or lesbian. And if you think the word abuse is too strong a word, read Messy Grace and meet people like Caleb’s mom, and Hector, and Louise, and others, then make the call.

Me? I stand with Caleb.