In a day when self-promotion is pursued as a virtue, pastoral competence is measured largely in terms of speaking talent, and more and more well-known gospel ministers are succumbing to sexual immorality, greed, and pride, Paul’s simple qualifications for pastors are nothing less than refreshing. “The life of the minister,” Albert Martin reminds us, “is the life of his ministry” (436). Maintain a pure and simple devotion to Christ and his Word, and you’ve already secured your perseverance in the faith and a fruitful ministry (1 Tim. 4:16).

In his first installment on pastoral theology, The Man of God: His Calling and Godly Life, Albert Martin—former founding pastor of Trinity Baptist Church in Montville, New Jersey—focuses on the character of the pastor. While discussing the necessity of ministerial giftedness—a man must be outfitted by God with specific abilities to feed, lead, and protect the flock—Martin frames his entire conversation around a consideration of the pastor’s godliness.

A man’s call to the ministry, therefore, is never to be weighed solely on the basis of pulpit competency; serious consideration of a man’s moral and spiritual qualifications must always be included. Teaching ability is a must, of course, but woe to the church that lays hands on a man merely because he can preach.

Nor should a man consider himself called to the ministry unless is able to detect—along with the confirmation of older, wiser pastors and saints—that Christ has qualified him for pastoral work. “Before any man can be given to the church as a gift of the ascended Christ,” Martin comments, “that same Christ must furnish the man with at least a discernible measure of the very graces and gifts which he himself has specified in his Word” (44).

Teaching ability is a must, of course, but woe to the church that lays hands on a man merely because he can preach.

The means of discerning if a man is called by God to pastoral ministry aren’t mystical experiences, apparent providential affirmations (education, opportunities), the encouragement of family members, or even the personal conviction of one’s own fitness for the ministry. Rather, in seeking to determine his call, a man should, with the help of other pastors and trusted counselors, consider whether he possesses “an enlightened and sanctified desire for the pastoral office” (56). His desire will consist of right motivation—the glory of God and the spiritual benefit of Christ’s church—and a “growing sense” of pastoral work as a “God-given stewardship” (61).

A call to pastoral ministry will also manifest itself in a man’s growth in personal holiness. “God requires, of all who aspire to the pastoral office, the manifested graces indicative of a genuine, matured, balanced, and proven Christian character” (73). A man’s faith in Christ must first be real. That is, he must have “clear indications of an enlarged, balanced, and tested Christian experience” (91). A man qualified for ministry will have a growing sense of the dynamics of sin, grace, the wiles of his own heart, and the power of God’s Word. He will love Christ and possess a steadfast faith in Scripture’s unseen realities.

But the man’s faith must also have some depth and longevity, hence Paul’s statement that an elder can’t be a new convert (1 Tim. 3:6). Along with sincerity, depth, and longevity, a man called to the ministry will have a character that’s growing in symmetry. He may be courageous, but he’s also making strides in kindness. He may be sensitive to others’ needs, but he’s also able to admonish the unruly.

A man considering his call to the ministry must be able to see long-term patterns of growing faithfulness in the realm of sexual purity, domestic competence, self-control, gentleness, money-management, leadership, and engagement with unbelievers. The man in question, along with those who are evaluating the authenticity of his call, must be able to say he’s “above reproach” in each of these areas.

While “above reproach” doesn’t denote sinless perfection, it does mean no legitimate accusation can be brought against the man in any of these categories. While this may seem too lofty a standard, Martin is careful to note that Paul allows no exceptions or compromises on this point. “It is not only good that he possesses these gifts and graces, or simply desirable that he possess them, but essential, a non-negotiable requirement of the office-bearer” (78). 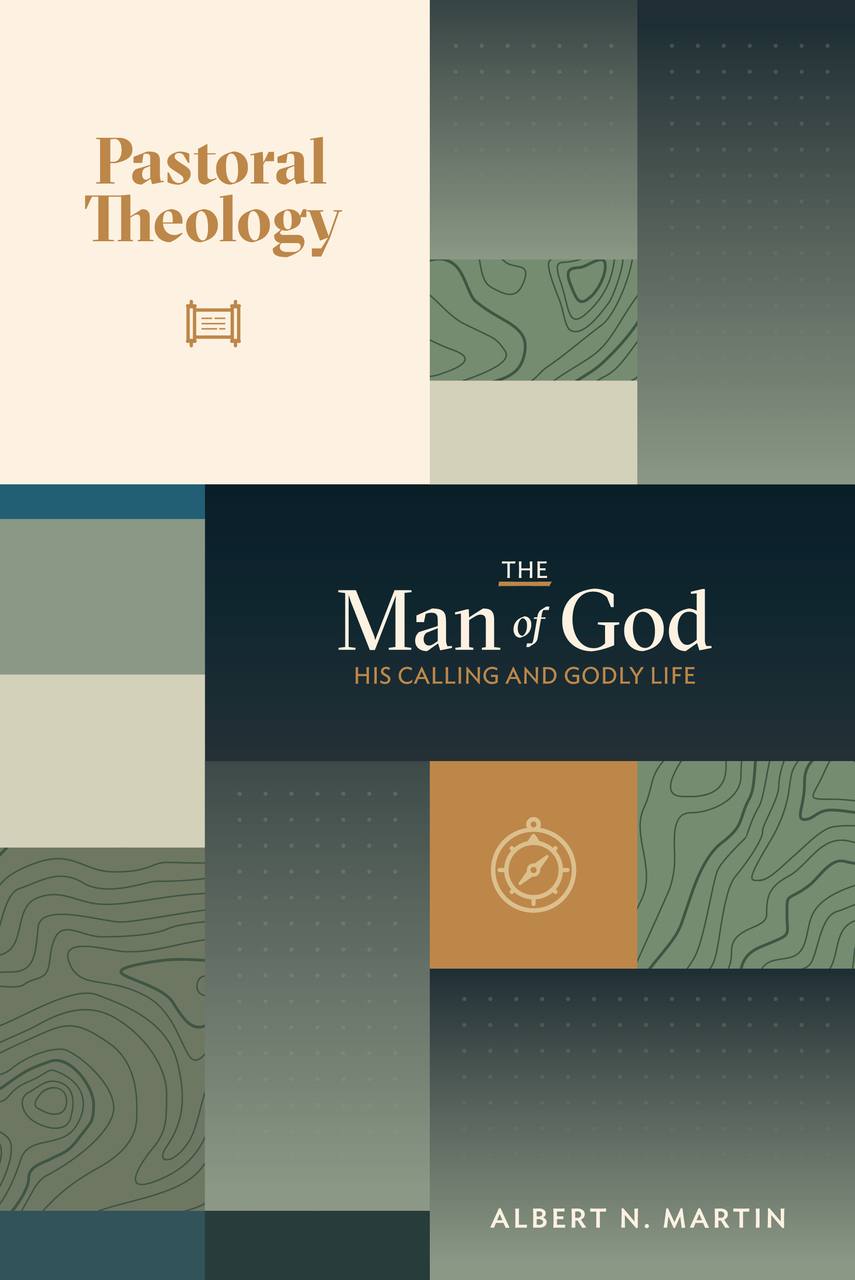 The Man of God: His Calling and Godly Life

The Man of God: His Calling and Godly Life

From 1978 to 1998, Pastor A. N. Martin taught pastoral theology in the Trinity Ministerial Academy, a church-based ministerial training institution. Every Friday throughout the academic year, all the students would gather for two hours of teaching presented in a four-year cycle. Subsequently various series of the audiotapes were widely circulated. Many expressed their desire to see these lectures printed. It is the author’s prayer that even the most experienced pastor will ﬁnd in these pages much that will provoke him to pursue greater personal godliness, increased preaching effectiveness, and expanded pastoral usefulness.

A man called to the ministry will also be spiritually gifted to fulfill his pastoral tasks. Christ will equip him to lead and teach his flock with wisdom, discernment, and courage. If a man is deficient and making little progress in sound judgment, or if he’s beset by cowardice and unable to confront sin, or if he’s unable to edify the church with a public teaching ministry, he shouldn’t have any assurance Christ has called him to the ministry. As the saying goes, Christ equips those he calls. Conversely: If you haven’t been equipped, then you haven’t been called.

Godly Life of the Pastor

In the second half of the book, Martin moves to discuss the life of the pastor. Having assumed that the call of the man under consideration has been confirmed according to biblical standards, he reflects on the pastor’s relationship to God, his people, himself, and his domestic responsibilities. Grounded in biblical principles suffused with the wisdom of past pastor-theologians, these sections are as convicting as they are practical.

Martin speaks to issues of personal devotion, prayer, confession of sin, and the mandate for pastors to keep a good conscience (227–82). He offers wisdom on establishing a reading plan with the aim of developing a sound theological mind (283–301). He rebukes pastors for their lack of self-control and spends several pages speaking to our eating, exercise, and sleep habits (303–32). Pastors should be growing in their love for their sheep (333–46), freedom from the fear of man (347–63), and the qualities that will inspire the confidence and respect of his people: diligence, humility, generosity, and domestic competence (365–83).

The man of God will also have a healthy grasp of his identity in Christ and the range and depth of his spiritual gifts. He shouldn’t strive to be like other men in the pulpit; he is to serve according to the grace God has given him (385–97). Finally, recognizing the nature of his stewardship, he must pursue continual growth in the areas of time-management and self-discipline, while taking into account the needs of his wife and children so that he is able to maintain diligence in his pastoral labors and happiness in his home (399–436).

Martin’s Man of God is a reliable guide to help men determine their call to the ministry. Read carefully by those preparing for and presently in the ministry, this book will highlight with blazing clarity what matters most in pastoral work.

Twitter followers, speaking engagements, book deals, large-scale growth, and international influence aren’t the primary pursuit of Christ’s under-shepherds. Personal holiness, love for God, a good conscience, a spiritually happy home, and faithfulness to Scripture are the things on which men of God should rivet their attention.

5 ‘The Crown’ Episode That Finds Faith in a Secular Age