Few tweets annoy me more than “God is not a Republican or Democrat.”

I think this declaration bugs me because it’s not helpful. Of course God isn’t a registered voter, but that doesn’t mean he’s an opinionless dissident. What should disquiet the American Christian conscience isn’t the possibility that one of our political factions is “God’s own party,” but the reality that God does indeed care about politics. He cares about what citizens, governments, and nations do. The question isn’t what party or agenda God belongs to. It’s whether we belong to him.

That’s why I was glad to see Bruce Ashford writing on a Christian view of politics in his new book, Letters to an American Christian. Ashford—provost and dean of the faculty at Southeastern Baptist Theological Seminary, where he also serves as professor of theology and culture—is a steady guide, an exemplar of a public theologian who bleeds Bible and common sense. He’s neither a retreatist nor a triumphalist, as his many articles and columns demonstrate. Christian political discourse is better off with him in it, and Letters to an American Christian amply demonstrates his irenic passion for seeing all of life through a Christian worldview. 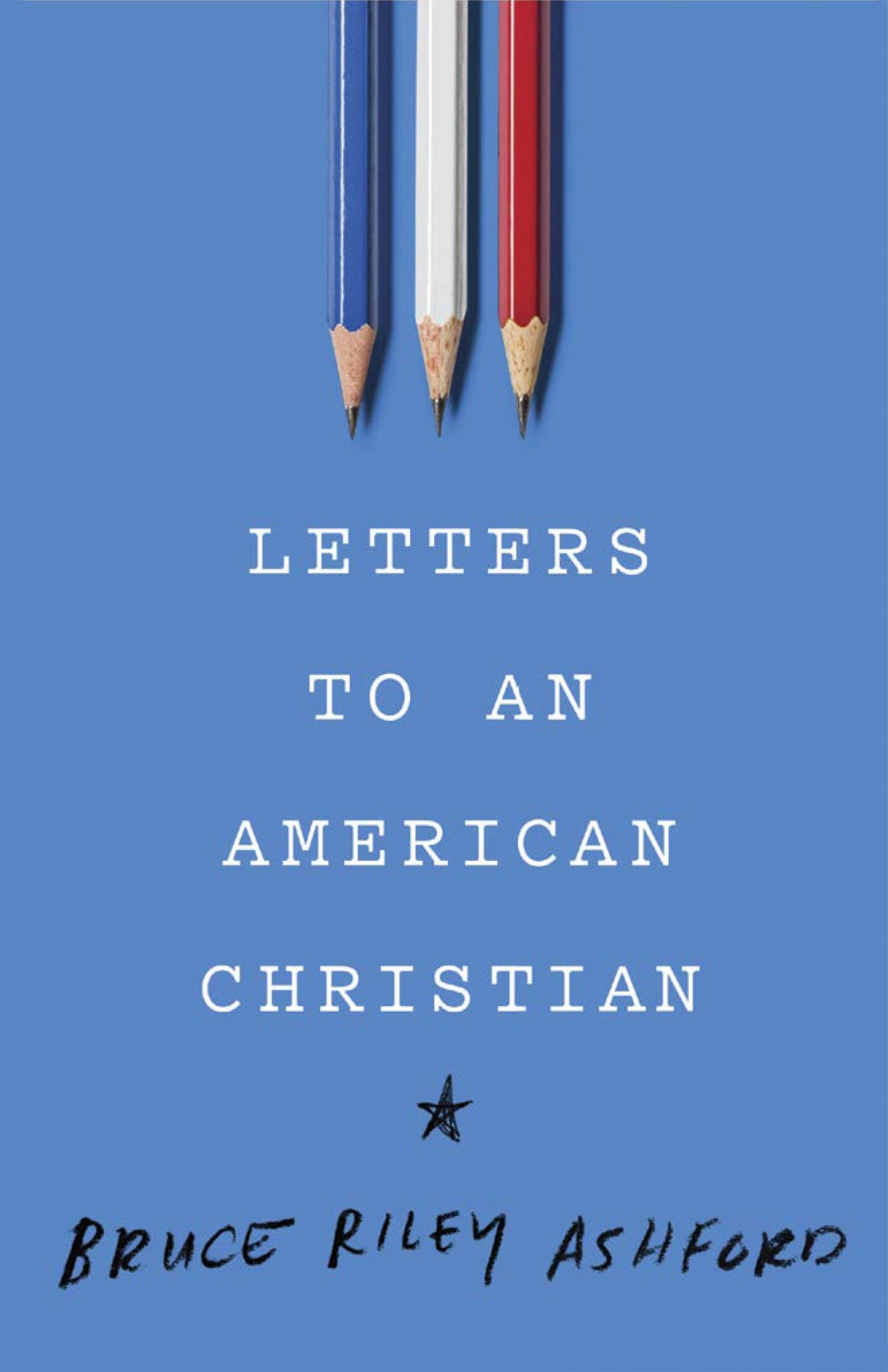 Letters to an American Christian

Letters to an American Christian

What does it mean to be an American Christian?

In Letters to an American Christian, Bruce Riley Ashford, author of One Nation Under God, addresses overarching issues of the relationship of Christianity and politics, speaks to the way historic Christian belief informs specific hot-button political issues, and challenges readers to take seriously both our heavenly and earthly citizenships.

Written as a series of letters to “Christian”—a young college student who is a new believer—Letters to an American Christian will help every reader think carefully about how Christianity informs what it means to be an American.

I didn’t struggle with what’s in Letters to an American Christian, but what’s not there. I left the book feeling encouraged yet incomplete: hopeful about the future of persuasive public Christianity, but muddled on what it should actually say.

Letters to an American Christian excels as a handbook for careful contemplation in an outrage-ridden culture. Ashford has structured the book as a collection of letters to a new believer named “Christian” (more on this structure in a minute). Christian, we gather, is a new saint but a longtime Republican, raised in a politically conservative household and now attending an aggressively liberal university. Ashford provides “Christian” with a concise systematic theology of politics, a case for religious political conservatism a la Ronald Reagan, and a manual on how to think and speak politically with others.

The first and third elements shine brightest. Ashford helpfully situates a Christian view of politics within the context of God’s sovereign, gracious rule over all of life. Drawing extensively from Abraham Kuyper’s doctrine of “sphere sovereignty,” Ashford offers Christian a template for understanding what the all-encompassing claims of the risen Jesus mean for the temporal kingdom of national politics:

Jesus is Lord. Caesar is not. Congress is not. The Democratic Party is not. The Republican Party is not. But Jesus’s lordship has a confrontational and healing word for every “caesar” of every time. To the extent that we truly do acknowledge Jesus as Lord, we will engage the Caesar before us with compassion, respect, and wisdom, speaking and acting in ways that contribute to the common good. In other words, the more we pledge allegiance to Christ, the better citizens of the United States of America we’ll become. (23)

Acknowledging Jesus as Lord over our political institutions means, Ashford writes, confessing the inescapably political nature of the church; applying the moral truths of the gospel to all of life, not just the “spiritual” parts; and engaging (rather than retreating from) the public square with a political theology that “resists idolizing any one good, whether that be individual freedom, cultural heritage, material prosperity, or national and ethnic identity,” and that “draws on our Christianity to work for the common good, and respects the dignity and rights of citizens who have differing visions of the common good” (53–54).

In my view, this is precisely the way that Christians who want to carry the gospel to the ends of the earth should think about public policy. Contrary to what some “radical” Christians suggest, there’s nothing inherent in the good news of Christ that conflicts with working broadly for the common welfare of those who don’t recognize Christ as their king. While Kuyper’s “sphere sovereignty” isn’t above criticism, recognizing a distinction between the church and the civic state is a biblical idea that empowers the people of God to appeal, by the power of the Spirit, to free consciences with the gospel.

Letters to an American Christian also serves as a model of calm, generous-minded public theology. Throughout the letters, Ashford calls on Christian to reason with those who disagree with him, to make arguments instead of accusations, and to embrace with meekness the criticism that comes from both left and right.

Talking about personal conviction and political correctness (one of the book’s best chapters), Ashford exhorts Christian that “if you want to be strong, be civil. Show the strength that few possess­­—the power of self-control.” Civility

involves practicing empathy toward other people and being curious about their experiences and perspectives. It includes listening to our opponents’ arguments not merely to counter them but also to understand. It means being genuinely open to correction, admitting the possibility that our current views are wrong. Biblical convictions aren’t wrong, but our particular interpretations and applications of the Bible often are. It is mark of strength, not weakness, to admit when we are wrong. (101)

While Letters stands out as a engaging primer on public theology and a manual for political discourse, it unfortunately falls short as a broad guide to political issues. The main flaw with the section of chapters titled “A Christian View of Hot-Button Issues” isn’t that is Ashford is frequently wrong—on the contrary, he and I would agree on virtually everything—but that his exposition of the issues left me wanting more.

My instinct is that this is a structural weakness rather than a philosophical one. While reading the book, I wished that Ashford hadn’t adopted a “letters” style. I understand the appeal of feeling like one is reading a personal letter, but here the choice to style the chapters as correspondence results in a monophonic reader experience that feels rushed and unfinished.

A stark example is the letter on gun control. Ashford, arguing for a traditionally conservative view on gun legislation, writes that “Jesus’s ‘other cheek’ analogy doesn’t apply broadly to self-defense scenarios in a fallen world” (124). The problem with this statement isn’t necessarily that it’s incorrect (though John Piper has made a compelling case why Christians should seriously rethink the use of lethal force in self-defense), it’s that it’s asserted with virtually no theological or exegetical evidence. Given that the applicability of Jesus’s teaching is one of the crucial questions in the nonviolence debate, Ashford’s perspective on gun control will only be persuasive to those who share his assumptions.

At other times the discussion becomes far too simplistic and aphoristic. “A responsible free market fosters healthy competition between businesses,” Ashford writes, “which in turn encourages businesses to offer better services and products” (111). This is standard Republican messaging, and it can be compelling if presented with a robust theology of human nature and greater goods, but here it feels perfunctory and unchallenged. Elsewhere Ashford chastises progressives for attacking “the historic Christian moral framework that undergirds our nation’s Constitution” (204). Again, the lack of explanation and argumentation around this contested statement hinders its usefulness.

You don’t have to disagree with what you read in Letters to an American Christian to lament its thinly spread arguments. What all these flaws have in common is that they almost certainly could’ve been avoided if the book hadn’t been structured in a “letters” format. Such a format puts answers in front of readers without letting them see how the questions are formed. Thus, a crucial half of the experience is missing: the work of sorting through competing claims about the common good, formulating our questions in the accent of Scripture, and then applying kingdom wisdom.

I’m certain this won’t be Ashford’s last book on Christians and politics. His prose is sharp and his Bible wide open. I pray for a rising generation of conservative Christians like him. Yet I also pray that in future volumes we will see a more fleshed-out public theology, one that digs deeper than talking points toward more transcendent ideas that can bring believers from all sides of the political spectrum together, for the good of the commonwealth and the glory of Jesus.