As a Reformed pastor there are two things I know: justification by faith is a great doctrine and John Owen is a great theologian. That’s why I encourage Christians to read great books on justification (like those by James Buchanan and Michael Allen) and great books by John Owen (especially The Glory of Christ and Communion with God).

But what if I told you you could kill two birds with one stone? In 1677, John Owen published a 400-page work titled The Doctrine of Justification by Faith—a book which Carl Trueman describes as “a classic example of Reformed Orthodoxy at its best.” This volume is what you get when you set out to defend the reformers’ understanding of justification against 150 years of pushback by post-Trent Roman Catholics, Socinians, Arminians, and confused Puritans like Richard Baxter.

But it’s more than that. It’s a meticulous exegetical case for forensic justification on the basis of Christ’s obedience—imputed to us in union with him and received by faith alone. Even if (like me) you’re someone who doesn’t need to be convinced, you can still be sharpened by Owen’s thorough treatment of the relevant biblical texts (see especially chaps. 16–20). But if you regard the Protestant understanding of justification as historically novel, biblically indefensible, and morally problematic, then you owe it to yourself not to rest your case until you’ve reckoned with Owen. 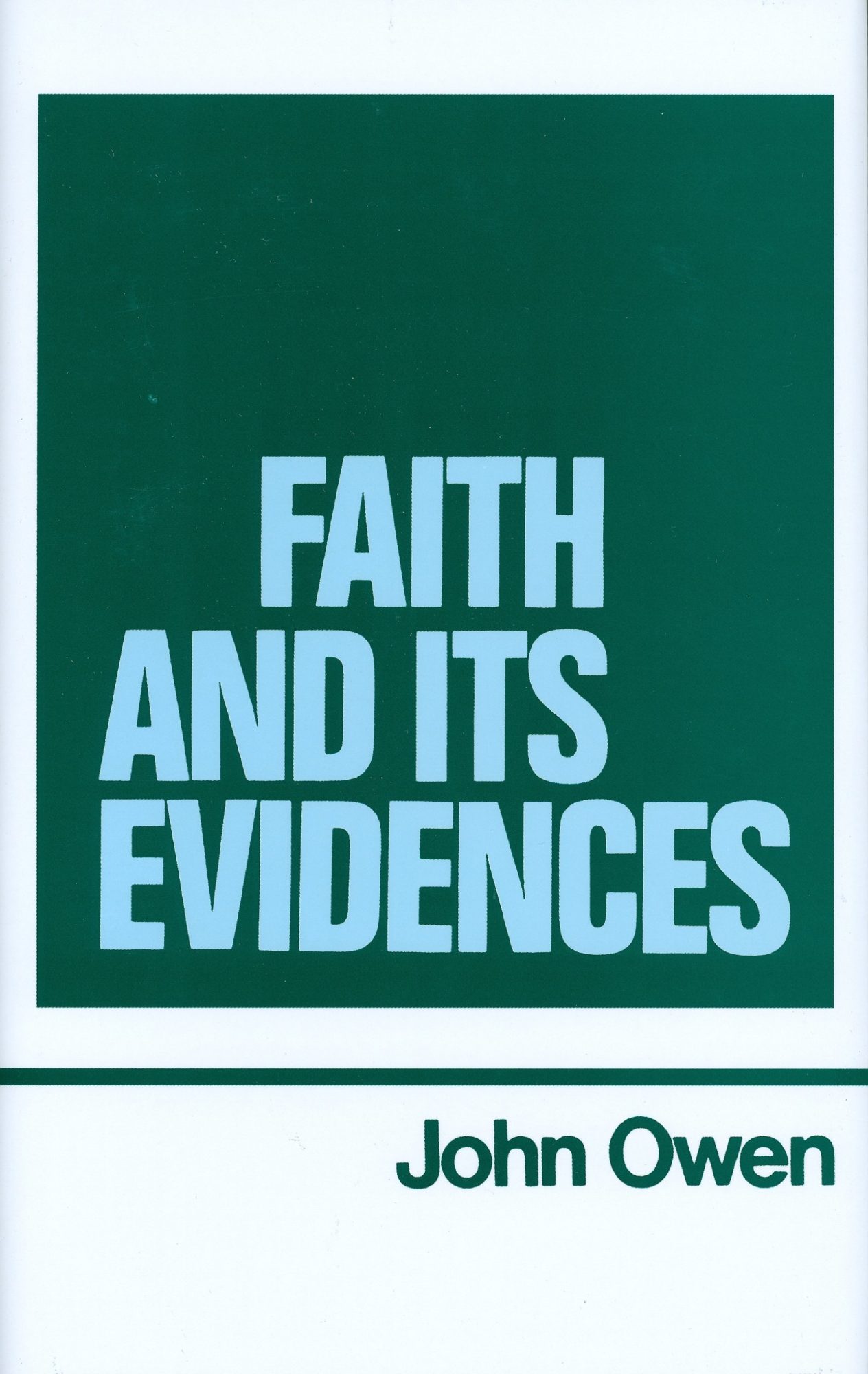 The Doctrine of Justification by Faith (in Works of John Owen)

The Doctrine of Justification by Faith (in Works of John Owen)

I can only scratch the surface in this short review, but I hope it’ll encourage you to tackle the whole thing. For now, I’d like to highlight three standout features of Owen’s classic book.

Approaching Justification with the Right Attitude

Owen writes as a Reformed scholastic with a pastor’s heart. Which means that while he’s willing to be meticulous and nuanced in his treatment of justification, he’s not willing to treat it as some academic game where you get extra points for how many distinctions you can draw.

Too much is at stake. If guilty sinners are ever to become obedient sons, then convicted sinners need relief for their guilty consciences. And from the get-go Owen is clear that “the first inquiry in this matter” is the “proper relief” of those consciences (7).

If you disagree with the Protestant understanding of justification, then you owe it to yourself not to rest your case until you’ve reckoned with Owen.

The problem justification seeks to solve is that we’re all guilty sinners before a holy God whose justice cannot allow him to “clear the guilty” (Ex. 34:7; cf. Rom. 3:25–26). So Owen’s advice is this: if you really want to understand this doctrine and avoid useless speculation, then place your conscience in the presence of God and your person before his tribunal—and then, after considering his greatness, power, majesty, and righteousness, ask yourself, What plea do I really want to make for my justification before this God? Will I plead what I have done, or will I plead what Christ has done? (19–20). Your honest answer to this question reveals the true state of your heart, whatever else you may say.

Provided this basic, heart-level plea is right, Owen is willing to cut men a lot of slack when it comes to their theological formulations (61, 113). He charitably notes that he “would rather learn what some men really judge about their own justification from their prayers than their writings” (18). And even with regard to imputation (that pivotal difference between Rome and Protestantism), he distinguishes between believing in imputed righteous and actually having Christ’s righteousness imputed to you, famously acknowledging that “men may be really saved by that grace which doctrinally they do deny; and they may be justified by the imputation of that righteousness which, in opinion, they deny to be imputed” (164).

In short, Owen is firm enough to write a 400-page book arguing for biblical truth while also charitable enough to grant that some men’s hearts are better than their heads.

Roman Catholicism teaches that justification is the “making of a man to be inherently righteous by the infusion of a principle or habit of grace” (124)—which happens initially at baptism and then finally at the final judgment (137–43). Owen, however, argues that justification is a judicial act of God by which he declares sinners righteous the moment they believe on Christ. As Owen defines it, to justify is “to acquit, to declare and pronounce righteous upon a trial; which in this case, the pardon of sin doth necessarily accompany” (124).

Owen argues for the term’s judicial nature from passages like Deuteronomy 25:1, where judges are required to justify the innocent and condemn the guilty (126; cf. Rom. 8:33–34). There is nothing transformative going on there—the judge is simply declaring what’s true. In the same way, Owen states that “God declares no man to be righteous but him who is so; the whole question [is] how he comes to be so” (173).

The question is simply this: If none are righteous in themselves (Rom. 3:10–20; Ps. 130:3), and if those whom God justifies are “ungodly” (Rom. 4:5), then on what basis can God declare them righteous? Why is his justifying verdict not a bald-faced lie?

Owen is firm enough to write a 400-page book arguing for biblical truth while also charitable enough to grant that some men’s hearts are better than their heads.

This is where imputation comes in, and why it’s so important. Indeed, Owen’s extensive arguments for the imputing of Christ’s righteousness are one of the book’s greatest strengths. In a fascinating section on “suretiship” (181–204), Owen argues that in the “eternal compact” between the Father and Son (179), Christ agreed to undergo the punishment our sins deserved while also performing the obedience we failed to render. Because of this compact, Christ and his people legally “coalesce into one mystical person . . . through the uniting efficacy of the Holy Spirit” (176, 178, 209).

This mystical union—described in Scripture with analogies like husband and wife, vine and branches, head and body (178–79)—isn’t a uniquely Protestant idea, but is “the faith of the catholic church, and hath been so in all ages” (209; cf. 175–78). Moreover, this mystical union is the foundation for the imputation that Owen is arguing for (209), in which our sins are imputed to Christ and his righteousness imputed to us. This is why justification is not a legal fiction. We are not simply declared righteous by divine fiat; we’re declared righteous because we’re legally united to the One who from all eternity undertook to bear our sins and bring us back to God (2 Cor. 5:21; Phil. 3:9; Rom. 5:19; 8:1–3, 31–34).

One last note on Owen’s definition. While “the pardon of sin doth necessarily accompany” justification, justification is more than just forgiveness (267). It also confers “a right and title unto a heavenly inheritance,” thereby placing us in a state of grace superior to the state of innocence Adam lived in before the fall (7). Adam was unstable, and hadn’t yet attained the righteousness that secured eternal life. But this is precisely what the last Adam, Jesus, grants to us in justification. As he himself put it, “Whoever hears my word and believes him who sent me has eternal life. He does not come into condemnation, but has passed from death to life” (John 5:24; cf. Rom. 8:1; 2 Cor. 5:17).

Many common objections to justification by faith alone stem from the false idea that Protestants somehow regard justification as the whole of salvation, and “faith alone” as the kind of dead faith that James condemns. But while this may occasionally be true of the Protestant on the street, it’s almost never true of the great theologians, and certainly not of Owen.

Contrary to the common objection that “faith alone” undermines the necessity of good works, according to Owen, the belief “that [good works] are necessary unto all believers, is granted by all” (154). Or again, “We are justified by faith alone; but . . . not . . . by that faith which can be alone. Alone respects its influence unto our justification, not its nature and existence” (73).

To say it another way, though justification confers an irrevocable right to eternal life, only glorification brings you into the full possession of those things (143). Meanwhile, in addition to imputed righteousness, there is also an “inherent righteousness” that’s real in every believer, but which is “the consequent” of justification, not “the condition” of it (232). Which is just another way of saying that sanctification is the necessary link which God has ordained to come between justification and glorification—which is why it cannot fail (380; Eph. 2:10).

I know, Owen’s prose is famously difficult to read. But pastors at least ought to willing to do hard things for the sake of doctrinal clarity, especially on topics like this. The Doctrine of Justification by Faith is an exhaustive treatment of one of Christianity’s most central doctrines by one of its best theologians. For that reason alone, it deserves to be read.