Jesus Without Borders: What Planes, Trains, and Rickshaws Taught Me About Jesus is unlike any book you’ve ever read. It’s a Christian travel—as in tourism—book. If you’re like me, the idea of such a book gives you the willies. Is Christian tourism allowed? Don’t we have to have a reason?

But Gibbs’s idea is simple: visit countries across the world in order to get a glimpse of what God’s doing there. “I wanted to travel because God is at work all around the world,” he writes, “and I wanted to see it” (17). Over two years, Gibbs visited 12 countries (Brazil, Spain, England, Russia, Uganda, Italy, Japan, the Netherlands, Australia, China, Israel, India, and Turkey) and various churches (Protestant, Catholic, and Orthodox) in each of them.

I expect Jesus Without Borders to become popular among “Bible Belt” Christians. Gibbs, the author of God and Football: Faith an Fanaticism in the SEC (Zondervan, 2010), has something many pastor-authors don’t—winsomeness. His stories are easy to read and filled with humor. At times, his jokes are downright hilarious. Whether it’s his million-dollar cellular roaming charge in Spain or his gag-inducing encounter with a mouthful of herring in the Netherlands, you’re bound to laugh while reading this book. Even though I often disagreed with Gibbs, his charming style kept me reading. 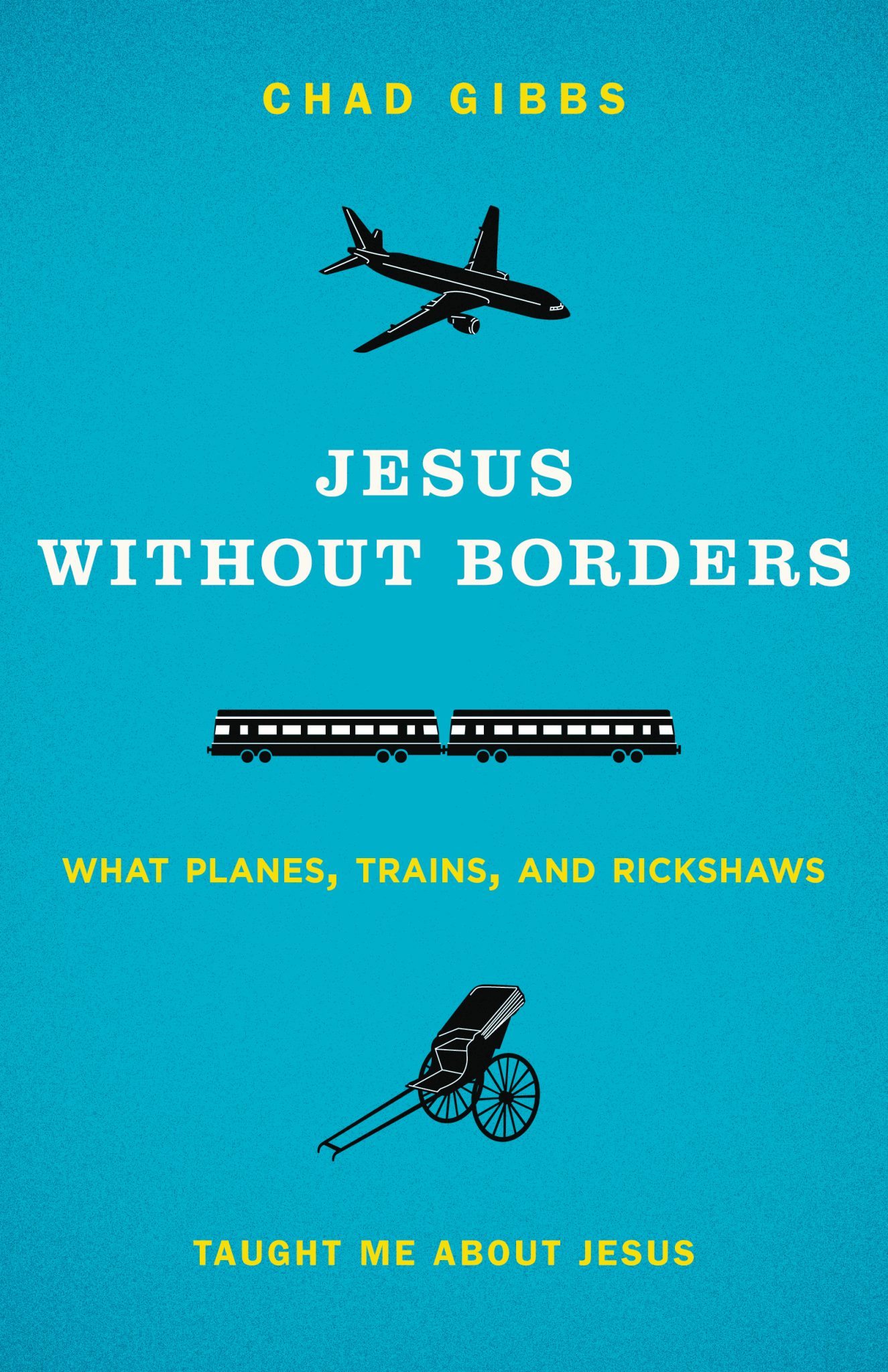 Jesus Without Borders: What Planes, Trains, and Rickshaws Taught Me About Jesus

Jesus Without Borders: What Planes, Trains, and Rickshaws Taught Me About Jesus

There’s a lot to learn from Jesus Without Borders, but I imagine everyone reading it will learn that American Christianity is often too “American” and not enough “Christian.” Gibbs repeatedly pounds this point home. He laments singing “Jesus Loves You” in a church that only has white members, and he marvels over the sad fact that it’s only in American churches we find American flags flying near the cross while singing “This World Is Not My Home” (16).

Throughout the book, Gibbs considers how “Americanized” Bible Belt Christianity has become. Fair readers can see he is earnestly wrestling with challenges to the concept of church in which he grew up. As Gibbs fulfills his mission to see God at work around the globe, we’re kindly encouraged to confront our own Americentrism and its effects on our view of God and church. If we realize we should seek a more biblical, less star-spangled vision of Christianity, Gibbs has accomplished what he wanted.

At this point, I must emphasize that I really enjoyed Jesus Without Borders. Nonetheless, I can’t help but point out some of the book’s serious weaknesses.

First, Gibbs shows a lack of serious reflection on what it means to be the church. Though his pushback on Americanism in the church is helpful, he often compares the American church to churches abroad in banal ways. For example, when Gibbs visits a Russian Orthodox Church his final takeaway is the surpassing commitment they show in their lack of pews:

I think of the churches back home as the norm in Christianity, and everything else—well, I don’t think of them much at all. But there are only 16 million Southern Baptists in the world, and there are only 12 million United Methodists, and there are only around 350,000 Presbyterians. Add them all together and they equal about one-fifth of the Russian Orthodox adherents worldwide. Look, I’m not saying we should all convert; I’m just saying that we make up a very small part of Christianity, and while there are things other denominations can learn from us, there are also things we can learn from them. And now when I’m sitting through a sermon on a nice padded pew, I think of the 150,000,000 Russian Orthodox members worldwide who stand, because for them, worship is not a time of rest. (72)

Jesus Without Borders is rife with these kinds of comments. With little to no consideration of the beliefs shaping the churches he visits, Gibbs falls back, as so many Bible Belt Christians do, on what he knows—experience. He does not account for the fact that many Russian Orthodox churches are nearly empty on Sundays. Concerning the concert-style services at Hillsong Church in Australia, Gibbs writes, “There’s nothing wrong with people showing up for the spectacle but staying for Jesus” (148). In China, Gibbs quotes a friend saying, “The Chinese government doesn’t have a problem with Christianity.” Instead, China really has problems with “large groups of people” meeting together. But as Christianity Today reports, the Chinese government wants to wipe out all Protestant churches not government approved. These types of statements are common in Jesus Without Borders and authoritatively accepted as true. Such poor reflection takes away from the book’s effectiveness.

Second, Gibbs’s writing lacks the theological discernment a book like Jesus Without Borders requires. It is seriously weakened by throwaway comments like, “You know, if I get to heaven and there are Buddhists and Hindus and Muslims, I think that will be about the greatest thing ever. But like I told my friend, I still want these people to know about Jesus” (123). Sadly, Gibbs shows zero critical engagement with Roman Catholicism, Eastern Orthodoxy, or any other brand of Christianity he encounters. Without thoughtful engagement with the beliefs of worldwide Christian groups, the book falls flat.

I really like Chad Gibbs. He’s a good writer and, as Jesus Without Borders so often shows, a man with a fun-loving and tender heart. Regrettably, his book suffers from a serious lack of engagement with the kind of Christianity he encounters. While serious engagement doesn’t have to be austere assessment, readers would benefit from more grappling with the actual and important differences between the Christianity they know and the Christianity in the rest of the world.

While this book may be worth a quick read for a discerning believer, it will only reinforce the shallow notions of “Kumbaya Christianity” the average churchgoer in the Bible Belt already have about Christianity worldwide. So much of the Christianity Gibbs encounters on his trip across the world operates out of preferential experience more than serious interaction with the truth. Sadly, Gibbs does the same in Jesus Without Borders.

Griffin Gulledge (MDiv, Beeson Divinity School) is the pastor of Madison Baptist Church in Georgia. He is working on his PhD in systematic theology at Southeastern Baptist Theological Seminary. You can connect with him on Twitter.