If asked to choose a biblical image from which to explain the rest of Scripture, one could find lots of options. I’ve been thinking quite a bit about the burning bush of Exodus 3 as it relates to the transfiguration of Jesus in the Gospels. But over the past few weeks, my mind keeps returning to Jacob’s ladder. Why? Because a passage from Richard Bauckham’s brilliant new little book, Who Is God?: Key Moments of Biblical Revelation, stays with me.

Bauckham argues that one of the Bible’s pivotal scenes is Jacob sleeping on a stone pillow, dreaming of a ladder coming down from heaven with angels ascending and descending on it (Gen. 28:10–17). But understanding this account, Bauckham argues, depends on seeing that this isn’t really a ladder at all.

God at the Bottom

The language here, Bauckham writes, is less of a ladder than a staircase. “Probably it is a broad stone staircase running up the stepped side of one of the artificial mountains—known as ziggurats—that the people of ancient Mesopotamia built,” Bauckham observes. “There was a famous ziggurat in the city of Ur, from which Jacob’s ancestors came. The gods were thought to live at the top of the cosmic mountain that touches heaven. So, in order to worship them, the Sumerians would build a great mound on which to place a temple, so that the gods could dwell there and the people could worship the gods by ascending the steps to the summit of the mountain.” 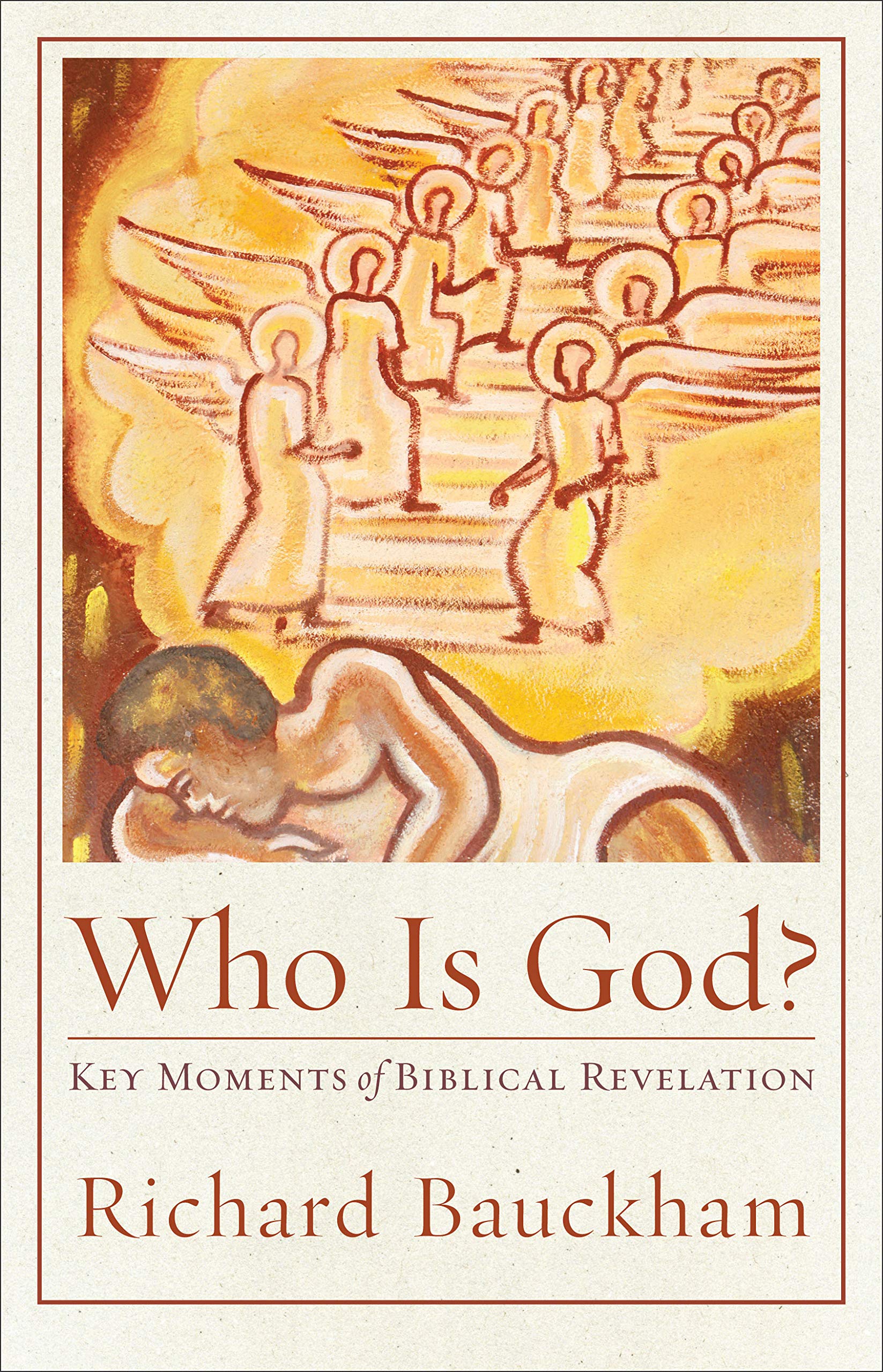 Who Is God?: Key Moments of Biblical Revelation

Who Is God?: Key Moments of Biblical Revelation

Internationally respected scholar Richard Bauckham offers a brief, engaging study of divine revelation in Scripture. He probes the deep meaning of well-known moments in the biblical story in order to address the key question the Bible is designed to answer: Who is God?

In Genesis, we’ve seen the classic representation of such a place—in the tower of Babel, which was meant to channel the powers of the divine for humanity’s self-protection and self-glorification. This impulse is seen in all sorts of ongoing human tendencies—from primal attempts to harness “magic” to control nature or people, to the utopian delusions of technology to solve all of our problems. At the most extreme, one can see this tendency in both the prosperity-gospel teacher saying that “claiming” healing or wealth will make it happen, to the tech-innovator who hopes to download his consciousness to the digital cloud, thus ensuring immortality. And it shows up in more subtle ways, too.

What’s remarkable about Jacob’s dream, Bauckham argues, is that “he sees God not, as one would expect, at the top of the stairway but at the bottom.” The angels—all along the staircase—represent, as they do throughout the canon, mediated communication between heaven and earth. But in this unveiling, God bypasses them—and is there himself with Jacob at the bottom of the staircase.

This is why Jacob, on awakening, names the place “Bethel,” because “This is none other than the house of God, and this is the gate of heaven” (Gen. 28:17). For Bauckham, the point of the dream is even more primal than that: “What he has discovered is not so much that God is in that particular place as much as that God is where Jacob is. God is with Jacob and will be with him wherever he goes: ‘Know that I am with you and will keep you wherever you go’ (28:15).” The point is that, “From now on every place where Jacob sleeps will be a Bethel,” because God will be present with Jacob, everywhere and all the time.

Both the particularity and also the universality of this presence at Bethel is important to understanding God’s presence in every believer’s life. For most Christians, there are certain moments we experience, in a unique way, the presence of God. For many, this is just a flash of awareness that God is close. And as with Jacob and Moses and Elijah and virtually every other biblical figure, this is usually not in a moment of triumph and strength but of dependence and vulnerability. Those moments are rare, but they help us to see how God is with us all the time, even in—maybe especially in—those moments when God seems hidden.

And, of course, this is all driving toward God’s being “with us” in the incarnation of Jesus. His presence is particular—this flesh-and-bone locality born in Bethlehem, suffering under Pontius Pilate, seated now at the right hand of God. And his presence is now cosmic—bridging heaven and earth (Eph. 1:10).

The echoes of Jacob are all over the Bible; perhaps the most intriguing to me are in the Gospel of John. When Jesus saw Nathanael he said to him, “Behold, an Israelite in whom there is no deceit!” (John 1:47). Nathanael’s response was exactly like mine when I would hear a television personality saying from the screen, “You are gifted and special!” How would you know? You don’t know me. Jesus then confounded Nathanael by saying, “Before Philip called you, when you were under the fig tree, I saw you” (John 1:48).

Jesus was amused by Nathanael’s wonder at his knowledge of him: “Because I said to you, ‘I saw you under the fig tree,’ do you believe? You will see greater things than these . . . you will see heaven opened, and the angels of God ascending and descending on the Son of Man” (John 1:50–51). This language directly echoes the Jacob’s-ladder account. And Jesus was suggesting what he would later make explicit—that he himself is the staircase between earth and heaven, but that one cannot climb that staircase; he will meet us at the bottom. In short, Jesus was saying what he would later say to Thomas, worried as he was about not knowing the way to follow Jesus after his ascension: “I am the way” (John 14:6).

The same thing happened just a bit later in the Gospel of John, when Jesus encountered a woman at Jacob’s well. She wanted to argue about where God’s presence was to be found—in Jerusalem or on the mountain (John 4:19–21). Jesus, though, revealed that he knew this woman, including the truths about her that she kept hidden (John 4:16–17; 29, 39). Her question of Jesus was the right one: “Are you greater than our father Jacob?” (John 4:12). Yes, he was and is. He’s not just the one who gives a well, but is himself the source of living water. He is not just the one who dreams of the staircase, but is himself the staircase. And, of course, all of cosmic history is rushing toward that moment when heaven and earth are united, when the voice announces: “Behold, the dwelling place of God is with man. He will dwell with them, and they will be his people, and God himself will be with them as their God” (Rev. 21:3).

This concept of God’s presence, with us, is exactly what we need right now.

Technology is a helpful tool, but it has failed as a god. Economic progress is good for relieving human suffering, but it has shown it can’t address our deepest problems. We’re connected but divided, thriving materially but impoverished spiritually. Our stairways go nowhere.

The answer isn’t to find the way upward, but to see what’s here at the bottom of the ladder—a God who disturbs our sleeping with his own presence, a God who walks with us onward from there.